A 360 Degree View of Rotterdam from Delftse Poort Building

Last week, once again I was given the opportunity, together with a number of fellow photographers, to take photos from Delftse Poort, the highest building in downtown Rotterdam. And unlike the last time, we could now get on the roof. So no annoying glass surfaces between the camera and the skyline. And a 360 degree view; no obstructions to the east and west by the closed end façades. My ineffable thanks to Ramazan of Rotta Historica for organizing the event and to Corine of Delftse Poort for the hospitality. 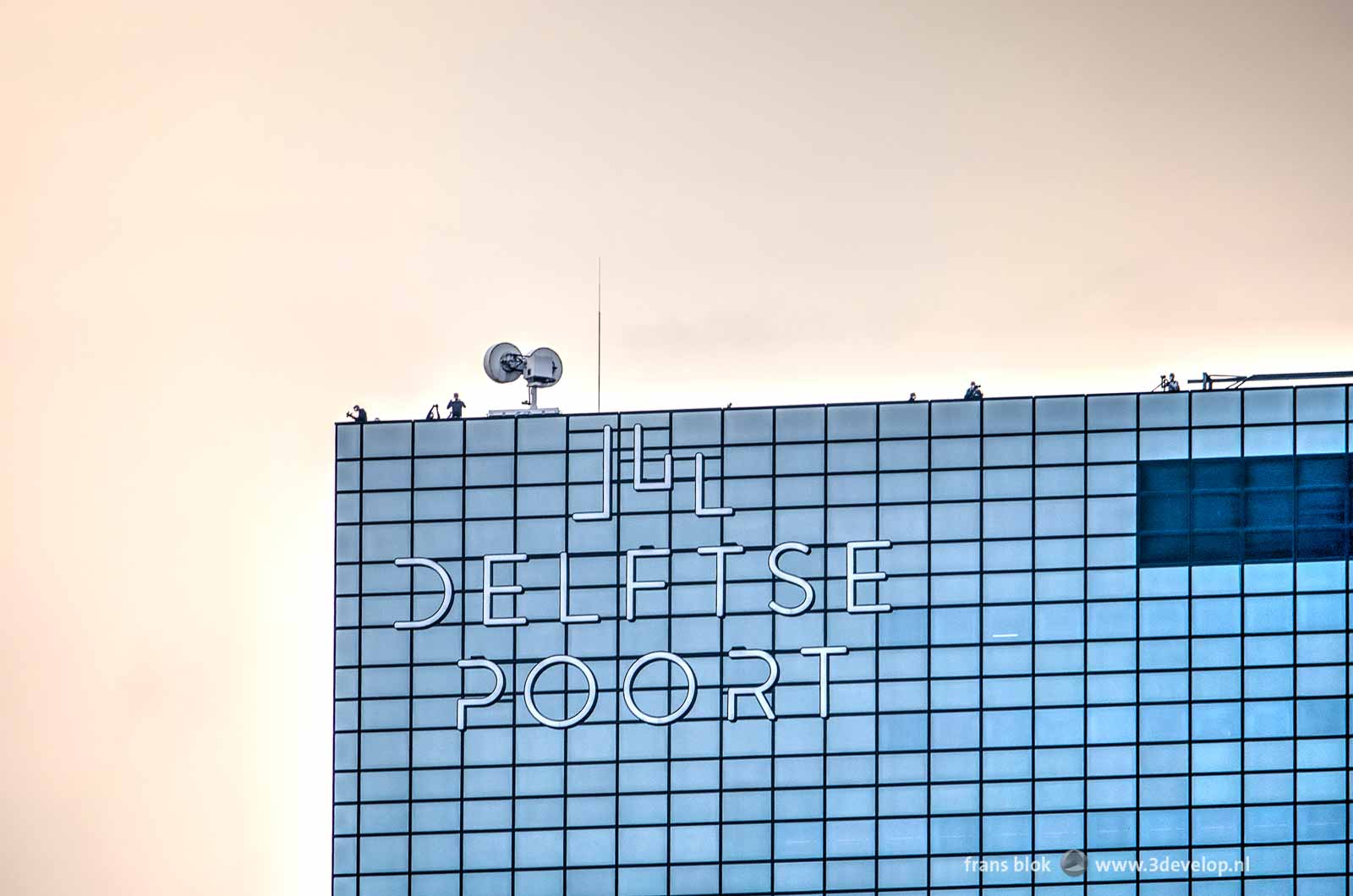 What does a roof at such a height look like? A field of gravel with a low raised edge around it? No, the roof was mostly tiled although there were some obstacles here and there that one had to look out for for. And, fortunately for those of us, including me, with a little vertigo, there is a solid parapet. 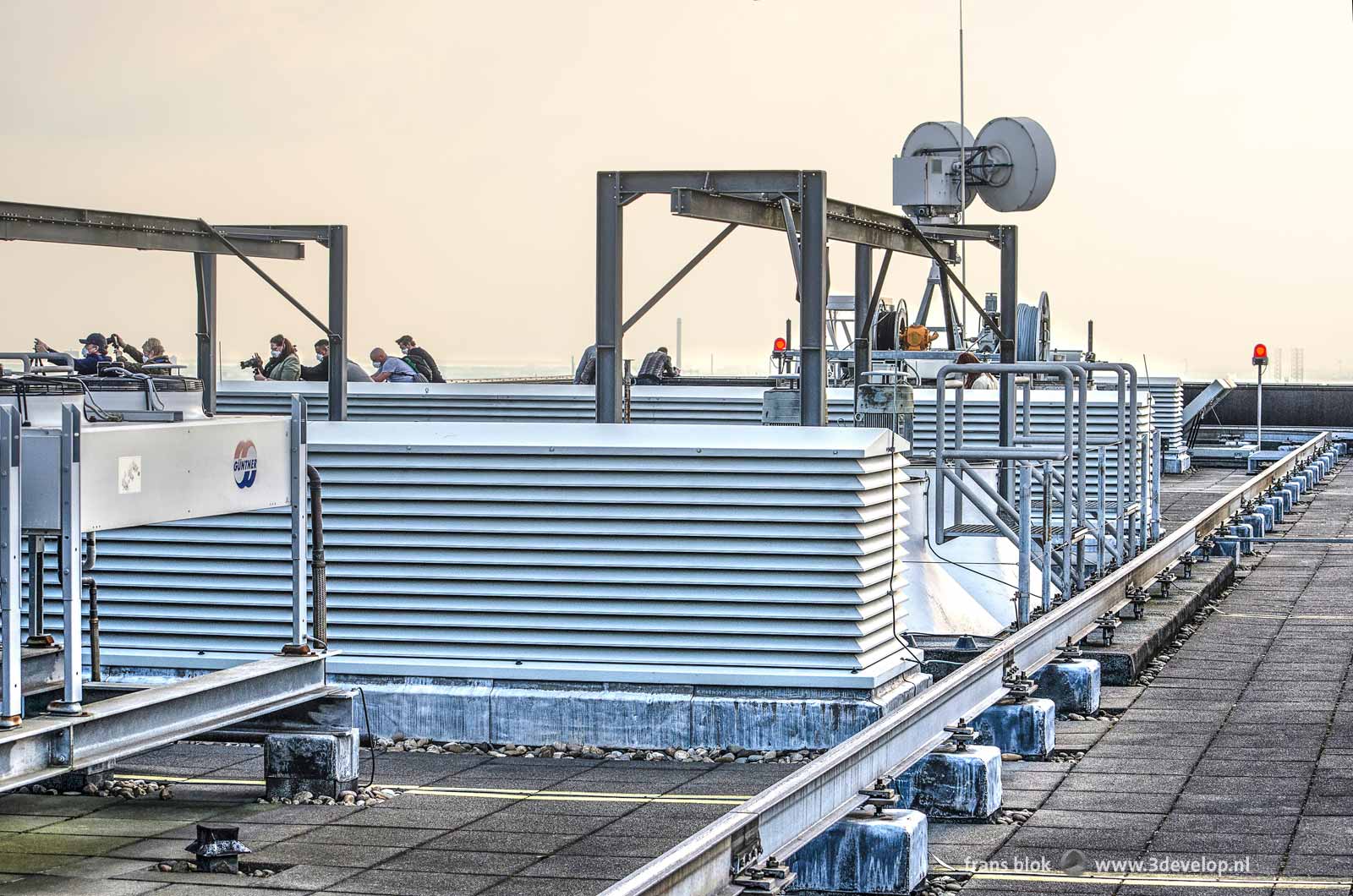 There were about 45 photographers at work that night, on that rooftop. How do you avoid coming home with the same cityscapes as those 44 others? Well, by zooming in on the details for example. I was happy to have my 300 mm telephoto lens with me. 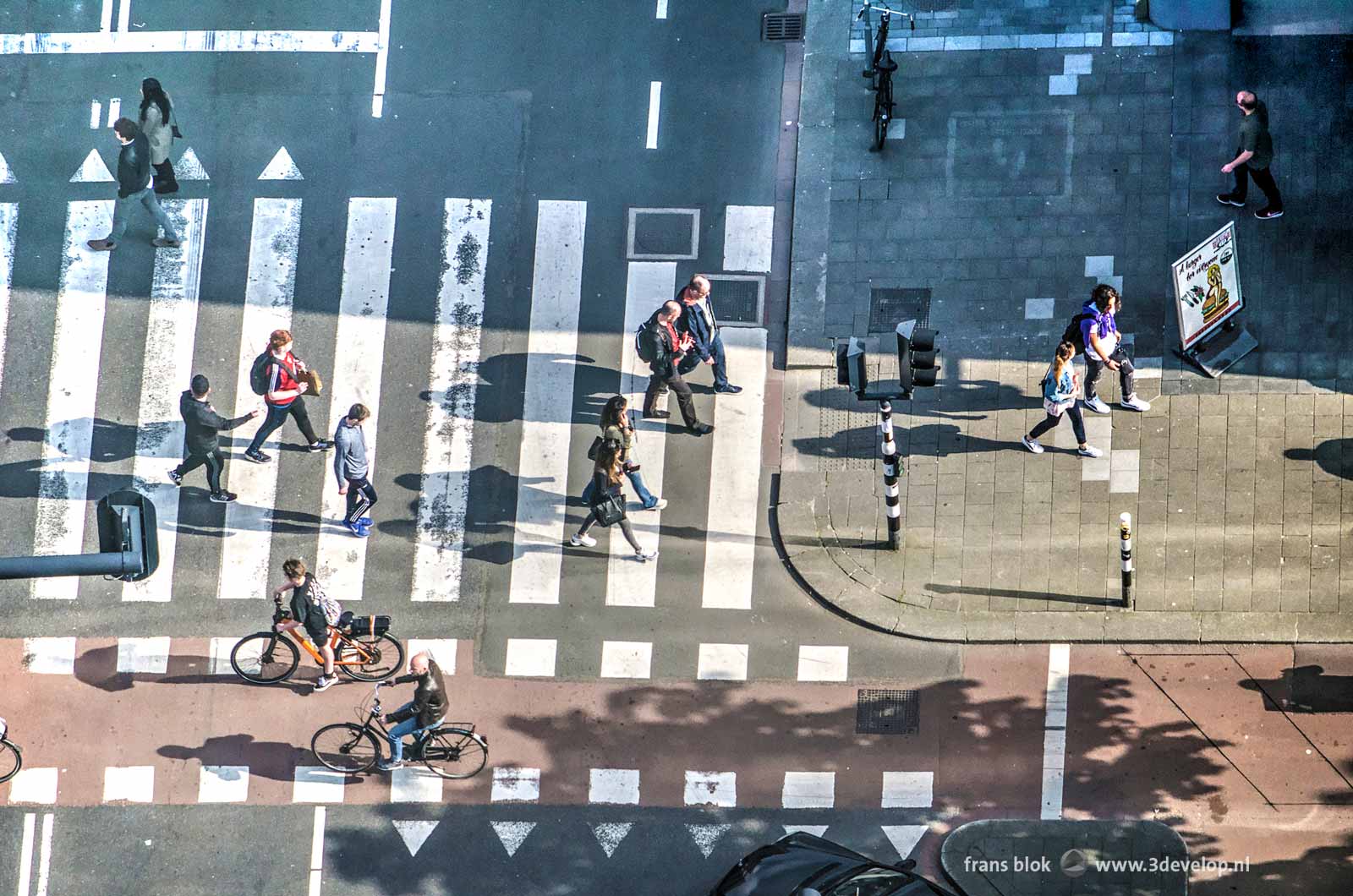 For people from outside the city, the image below is perhaps a bit abstract, but Rotterdammers recognize it immediately: this is a detail of the stainless steel roof of the central station. 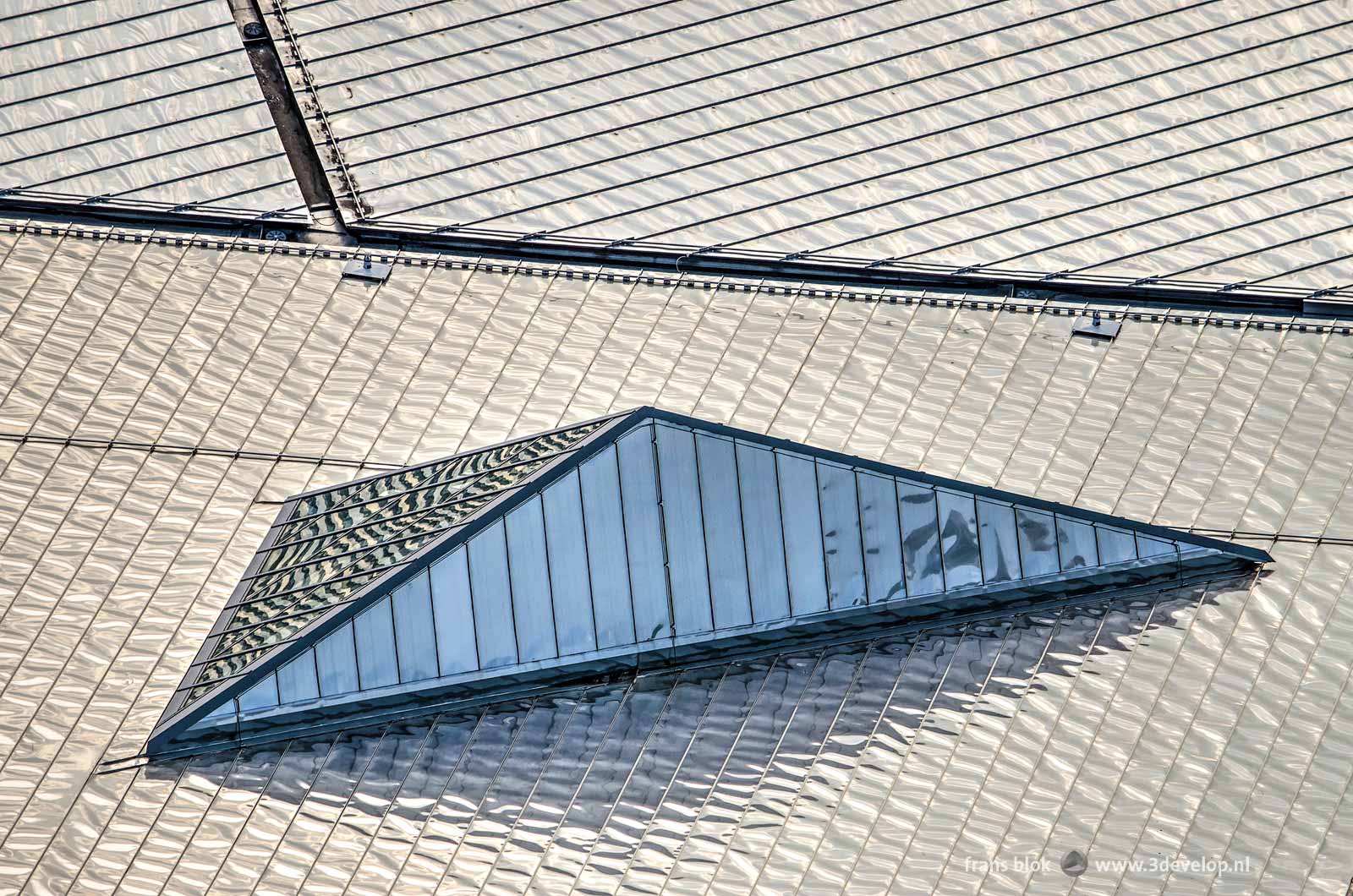 Another nice detail: the upper floors of the Timmerhuis, with roof terraces from which I would also like to take pictures some time. 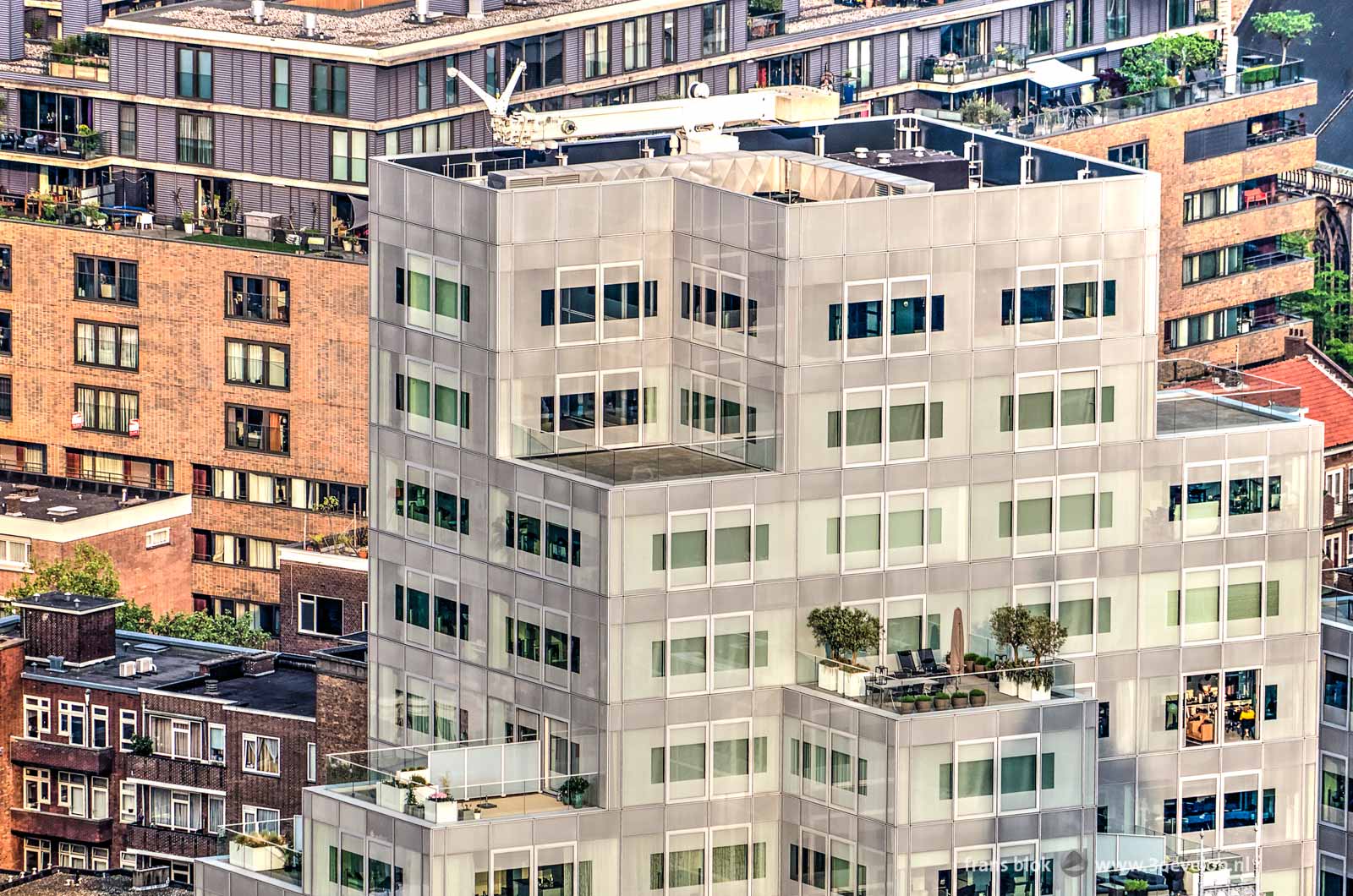 And a little bit further to the right, two completely different facades, of the World Trade Center and the Witte Keizer residential tower. 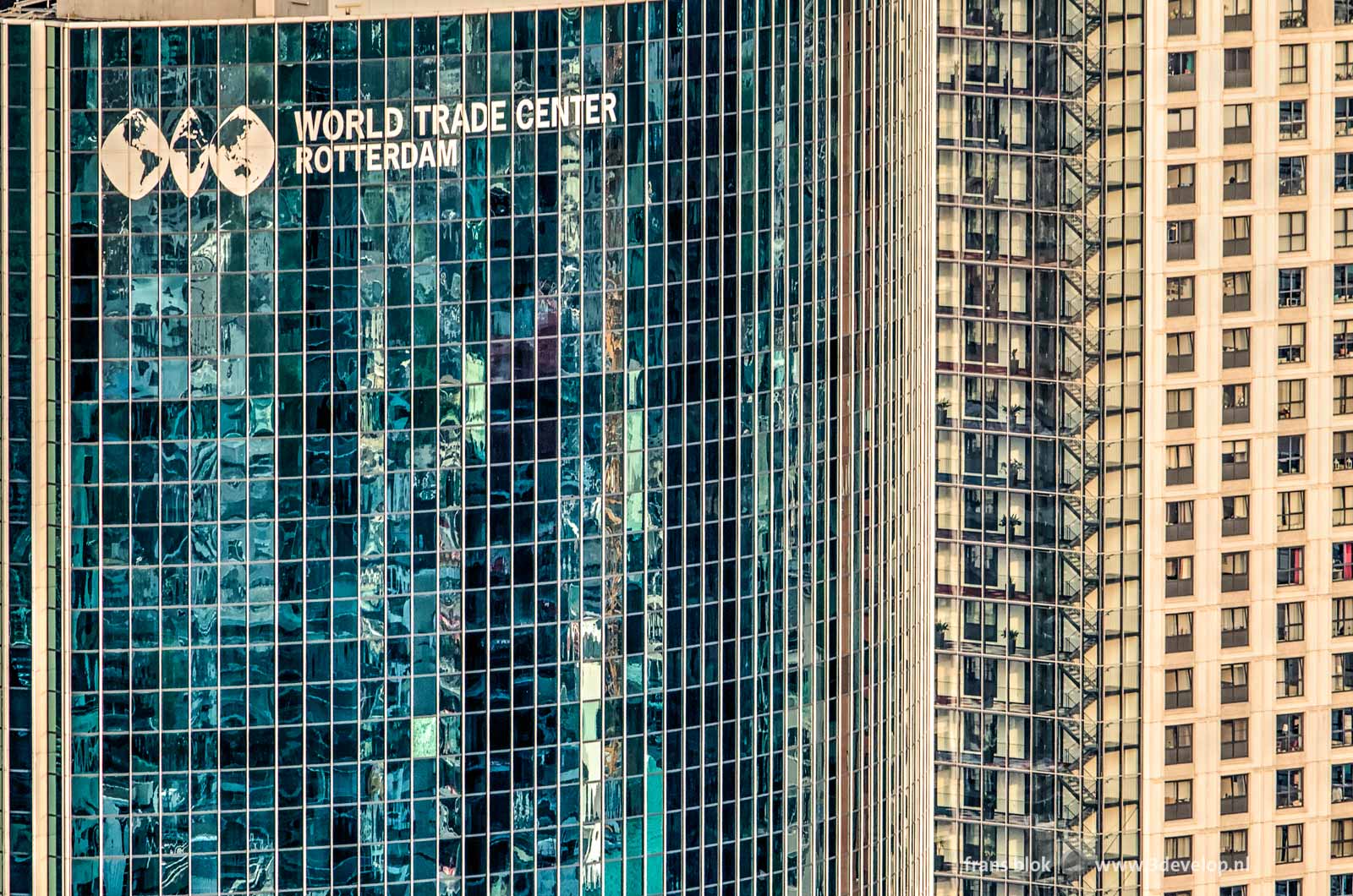 Pointing your camera straight down along the mirrored façade of Delftse Poort also produces cool abstract images. I call this one Kiss and Ride. 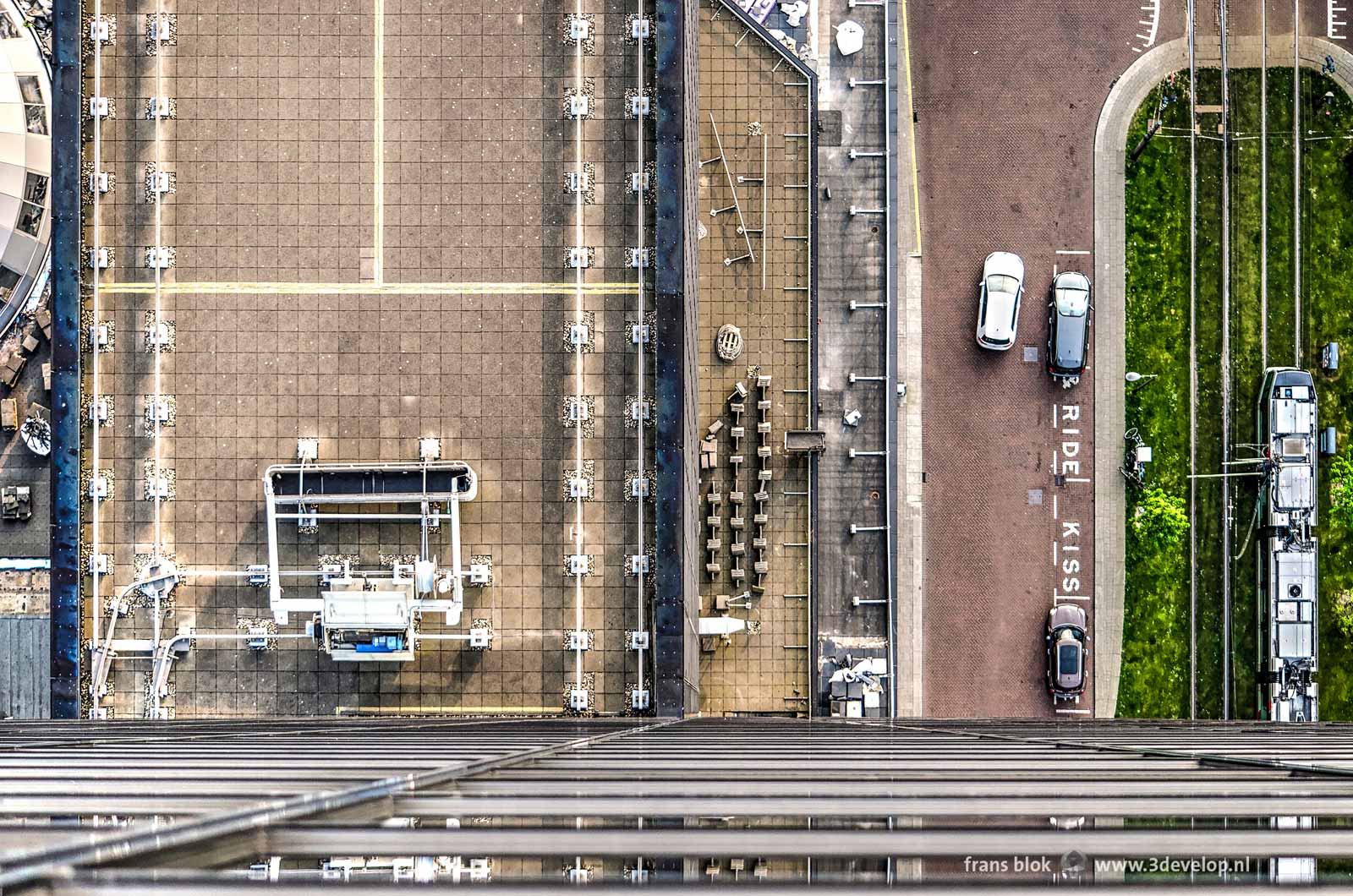 Alright, after capturing all those details I also made a cityscape by combining six photos into one panorama, which shows the entire city center from Willemsbridge to the Euromast.

Such a wide picture is ideal for printing in a large format. But a screen with a limited number of pixels doesn’t really do it justice. That changes when the proportions are stretched vertically. Suddenly there is a Hong Kong-like image on which almost all icons of the city can be found, with the Nieuwe Maas river as an elegant ribbon in between them. 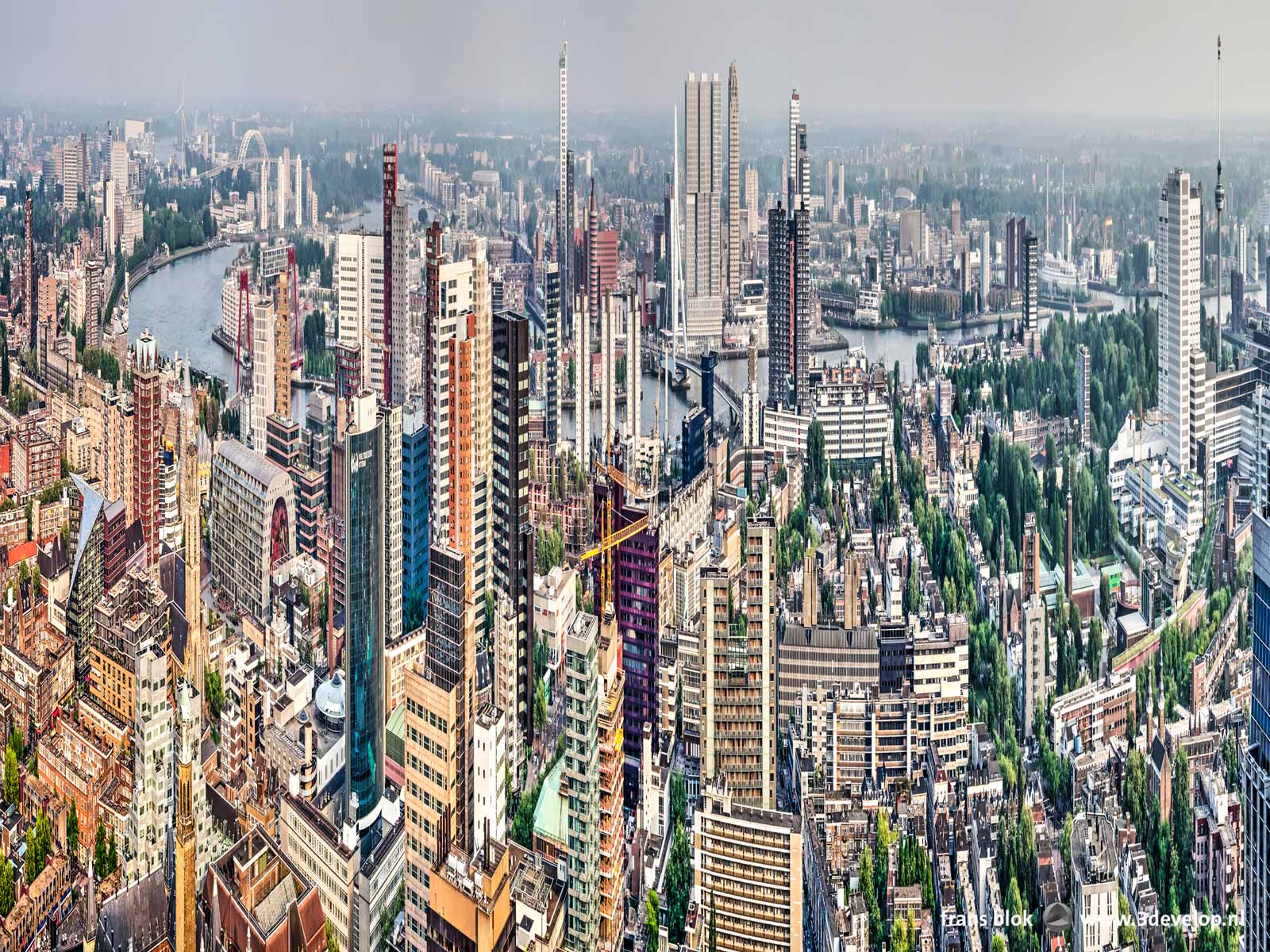 Is there something left to be desired? Yes, photographing from the roof during the blue hour around sunset. That did not happen this time because the sun doesn’t dip below the horizon till around 9.30. But I understood that Delftse Poort are not unsympathetic towards the idea of a third Rotta Historica session. To be continued, hopefully.