A Visit to the Bijenkorf Sculpture

Last Friday I finally saw it in reality, the sculpture by Hendrik van den Eijnde that once adorned the regretted Bijenkorf department store by architect Dudok on Coolsingel. Since 1973 the piece has been sitting on the Bijenkorf’s expedition area in Woerden: 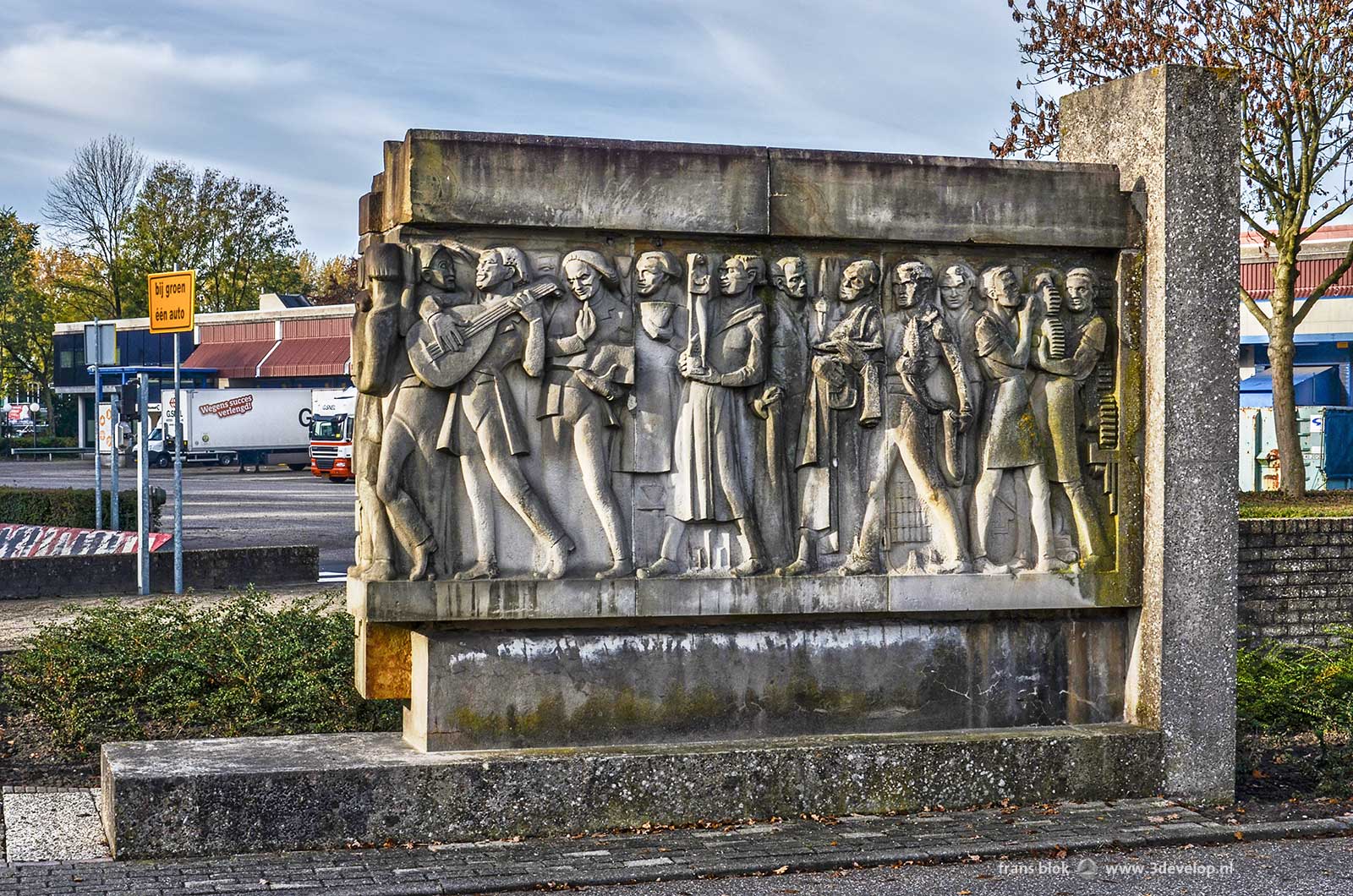 For years people have been trying to return van den Eijnde’s work to Rotterdam. As a result of questions by Labour councilor Co Engberts and of the proposal by West8 for refurbishment of Coolsingel, the discussion about the sculpture has flared up again. A good reason to visit the object, together with some stakeholders, including representatives of the Urban Development Department, West 8, Center for Visual Art and Historical Society Roterodamum.

The Ravages of Time

The robust work appears to be in a good condition. Here and there some moss grows and there is a single smudge of soot that may be traced back to May 1940. But I think it’s a good thing if you can read the ravages of time from an object. 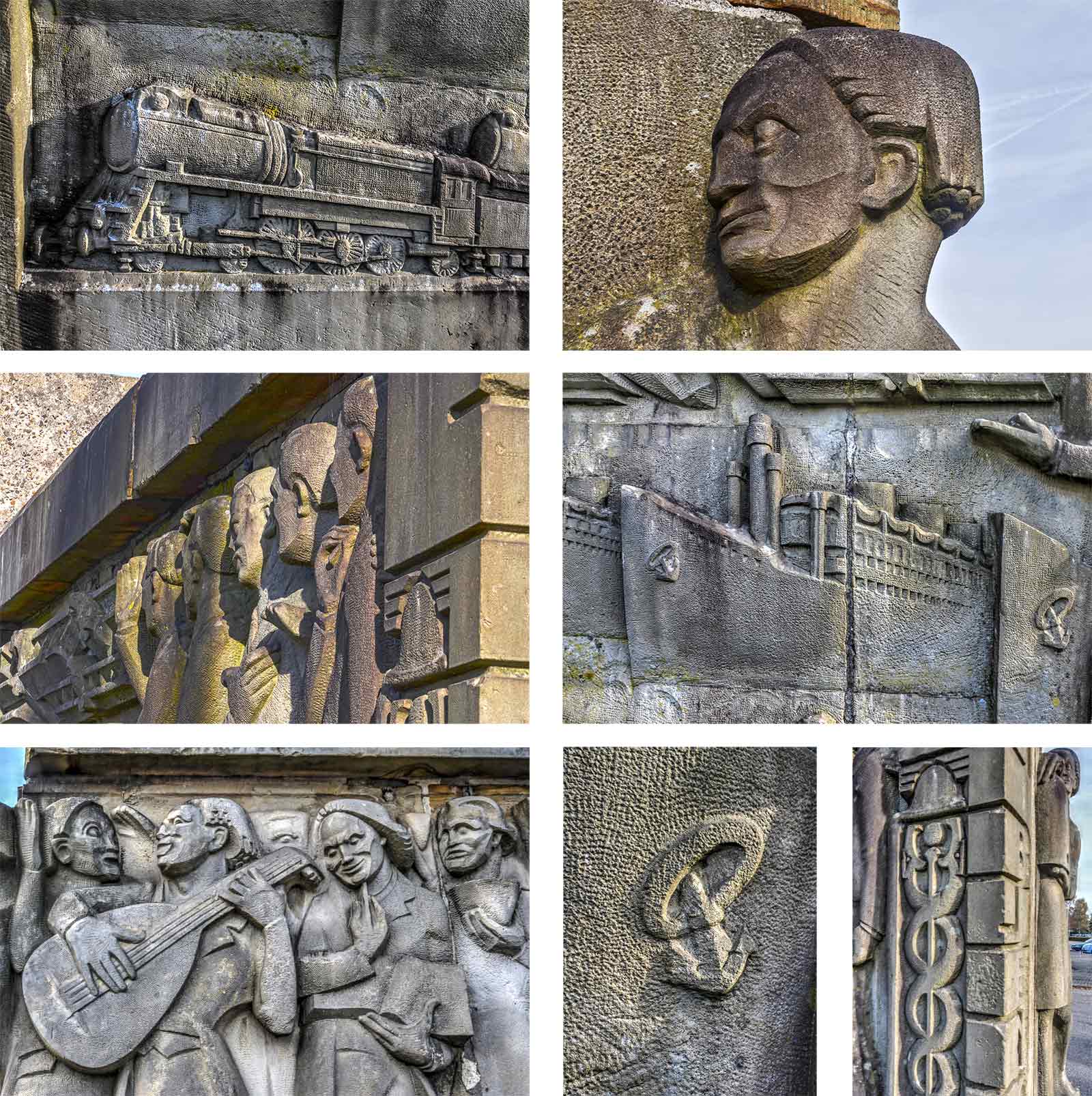 Only the mortar in the joints between the different parts of the sculpture is crumbling and that looks a bit messy. But new mortar has to be added anyway, in the case of relocation, so that problem will resolve itself naturally.

The media were there as well. “Sculpture Expedition”, headlined Algemeen Dagblad. And Rotterdam Dichtbij wrote: “Return of old Bijenkorf facade one step closer” And yes, of course there are still many steps between Woerden and Rotterdam but we are clearly going in the right direction.

Some experts appear to have claimed that the sculpture does not represent a high artistic value and that is not the best work of the artist. Well, it remains subjective and it is not my field of expertise, but I think it’s just a beautiful and sturdy object with a stunning 1930s appearance.

But far more important, of course, is the emotional value of the object. This sculpture is the only relic of a legendary building, the demolition of which has been an historical mistake. Because if the building would still be among us it would have been, alongside Van Nelle, Rotterdam’s second contribution to the Unesco World Heritage list. No doubt about it. For that reason alone the stone deserves a spot on the Coolsingel.

But of course a good location has to be found. We’re not going to “just dump the thing”, like councillor Bart Joost van Rij feared. I’ve previously suggested a structure that restores the sculpture to exactly the original position. Jan Sluijter devised an integration into one of the stairs of Beurs subway station, inspired by the “time stairs” in the Markthal. I made this artist impression of that idea:

More pictures of the visit to the brick can be viewed on Jan Sluijter’s Flickr page.