A world map tells a lot about the person who has made it, or about the market it is made for. Here in Europe, we think it’s only logical to place the edge of the map in the Bering Strait and the Pacific. After all, there is almost nobody living there and besides: this way we put ourselves nicely in the middle. 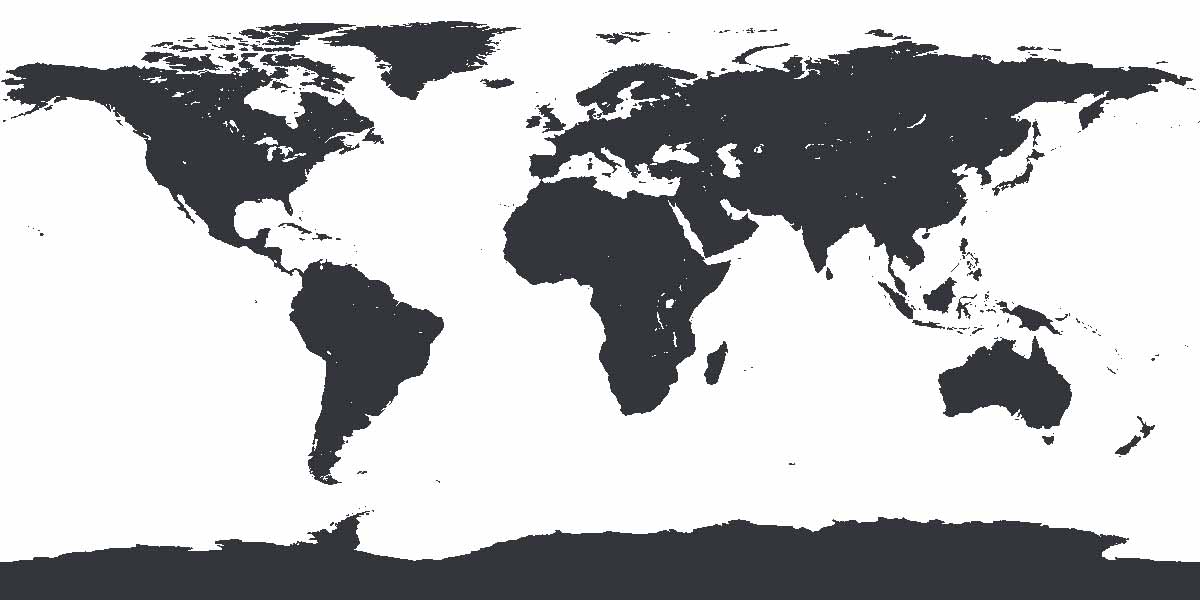 People in North and South America, understandably, do not like to live on the edge of the map. That’s why one sometimes sees maps like below, with America in the middle. That the cut has to be made somewhere between India and Thailand is taken for granted; that’s far away from home. 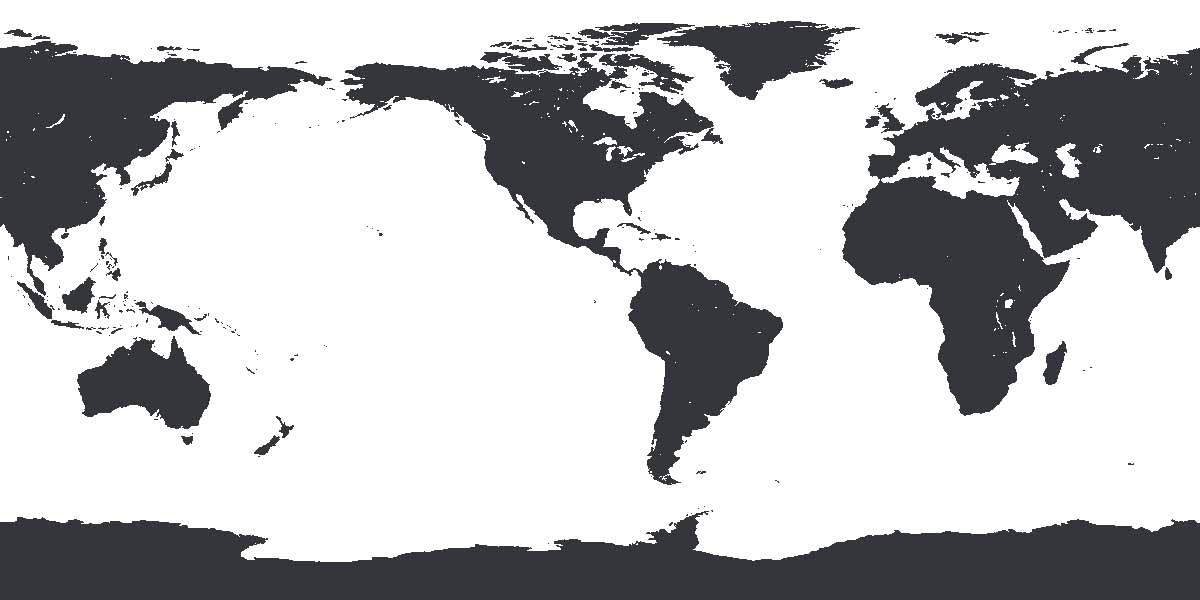 In the Far East and Australia it makes more sense to use the Atlantic as the map’s edge, like here below. We Europeans start feeling a little peripheral but New Zealand suddenly becomes the center of the world. 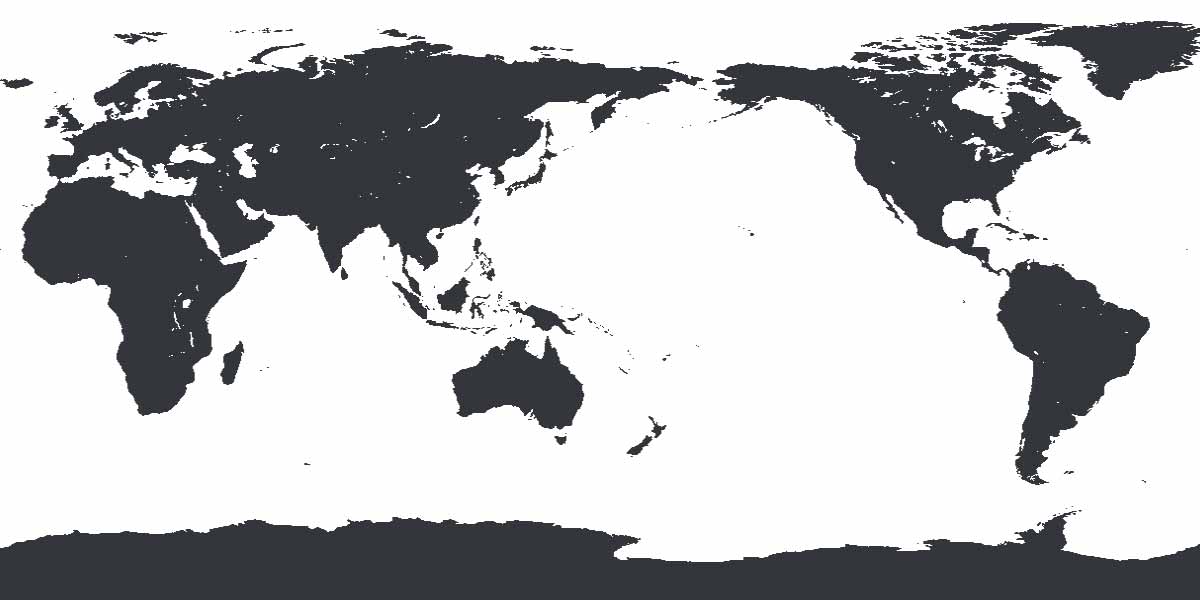 It ‘s a good thing the Earth is more or less in the middle of the Goldilocks zone around our star, the Sun. That is the area where it is not too cold and not too hot for life as we know it. Therefore temperatures are bearable to quite pleasant in the temperate zones and only slightly too hot for some people in the tropics. But around our poles it’s so cold that almost nobody lives there.

Also the fact that the Earth’s axis is tilted 23.5 degrees, with three months of darkness as a result, doesn’t do any good for the quality of life in the polar regions.

It is therefore not such a problem that on most world maps the areas in the extreme north and south are slightly distorted. Greenland seems about as large as Australia, while it is in reality much smaller. Not even mentioning dramatically warped Antarctica.

But suppose our planet would be a lot closer to the sun. Or suppose we do not reach the climate targets of the Paris agreement. The result in both cases is a planet where only the polar regions are habitable. Then a world map on which precisely those areas are deformed is of little use. Enter the polar projection: 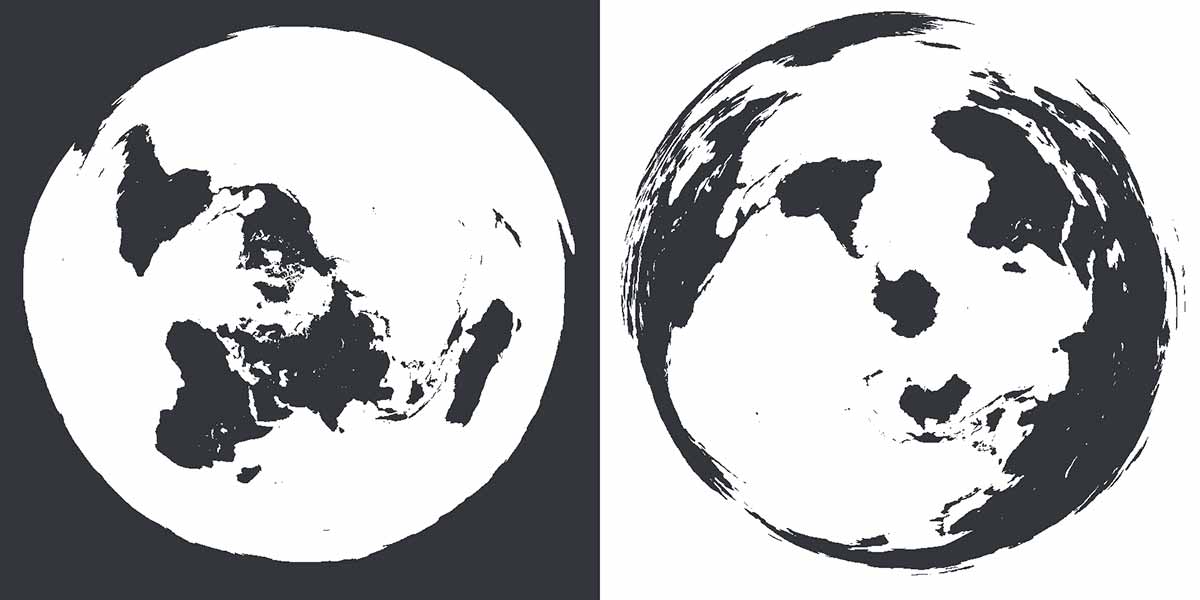 We see the Law of Conservation of Trouble at work: the distortions are still there, only now in other places.

On the Arctic projection, the left map with the north pole in the middle, it is not so noticable because there is simply not that much land in the southern hemisphere. Only Australia and New Zealand look somewhat distorted.

The Antarctic projection, on the right, centered around the South Pole, only shows Africa, South America, Australia and Antarctica more or less in the right shape. The northerly continents are stretched to absurd proportions.

The arctic projection is used sometimes, for example in the flag of the United Nations. But you hardly ever see the Antarctic projection, which was a reason for me to develop that one in more detail: 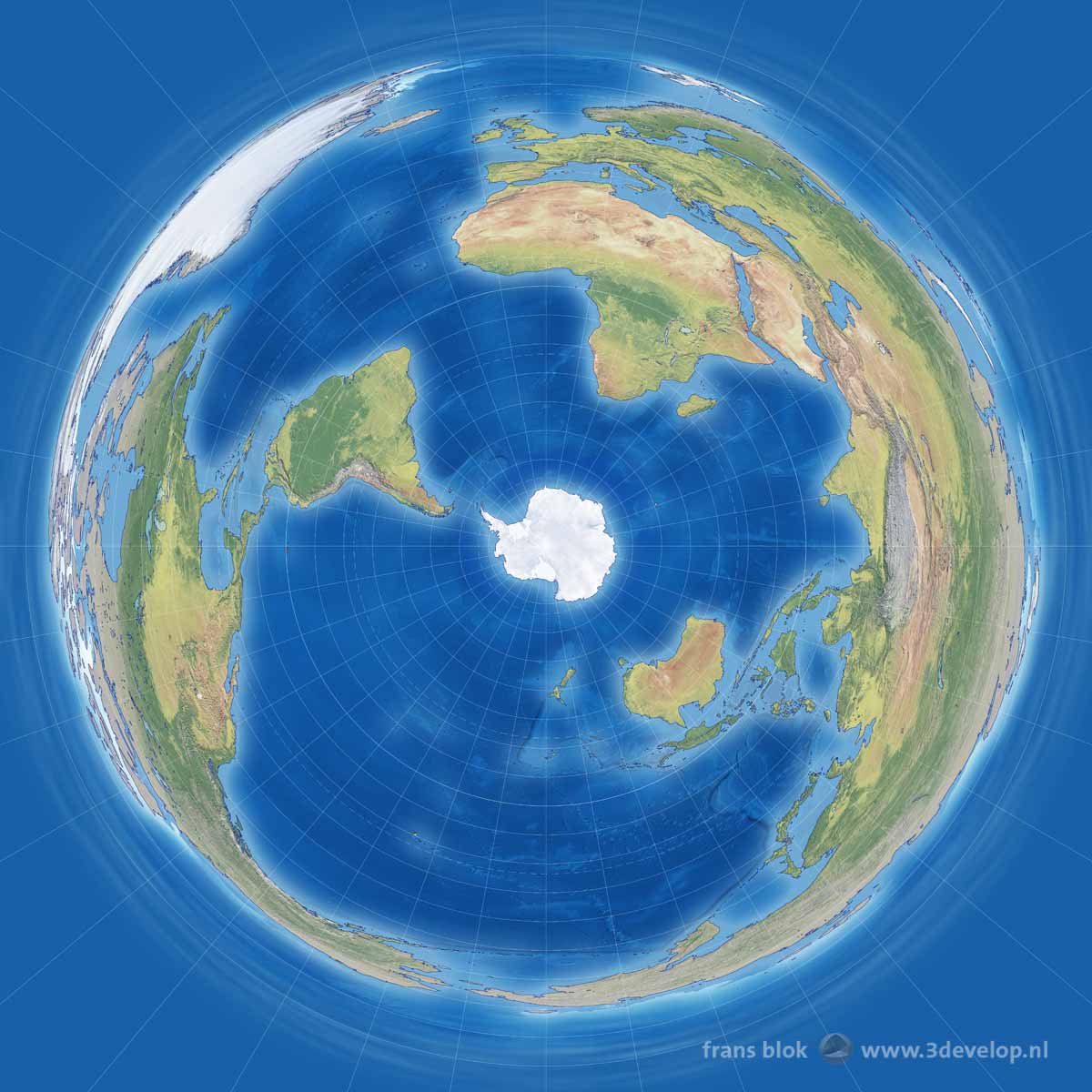 So that’s how a penguin looks at the world. What is especially striking is that our planet does not have three oceans, as we always learned. It is in fact one big Earthsea, with a couple of big islands (Antarctica and Australia) and a robust peninsula: South America.

And no, for European use this map is less suitable. But there aren’t that many penguins living here. 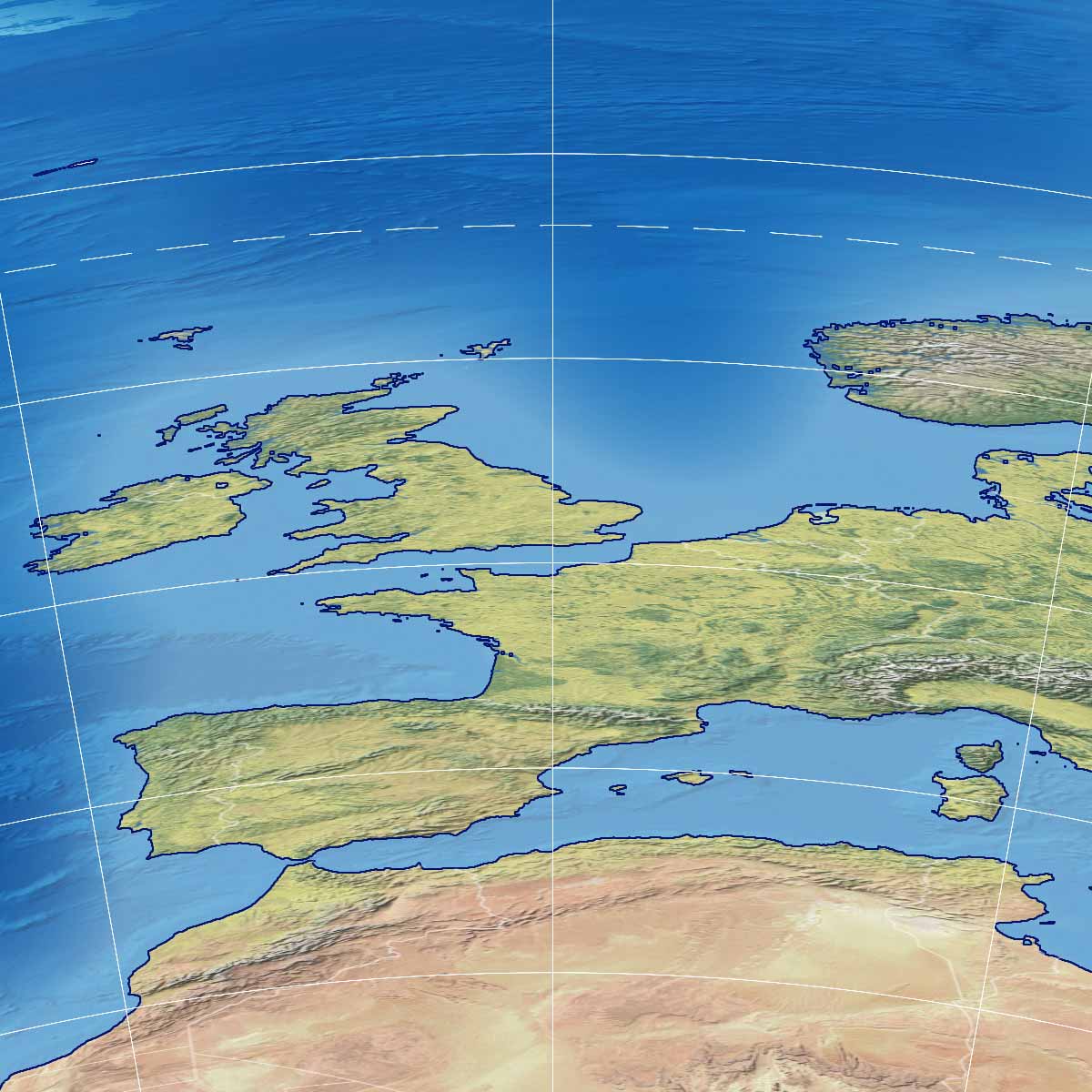