Just like last year I’ve spent a few weeks in Orsennes this summer, to do volunteer work at Sadhaka. A beautiful place in central France, where creative, yoga and massage courses are given in and around a beautifully converted watermill. 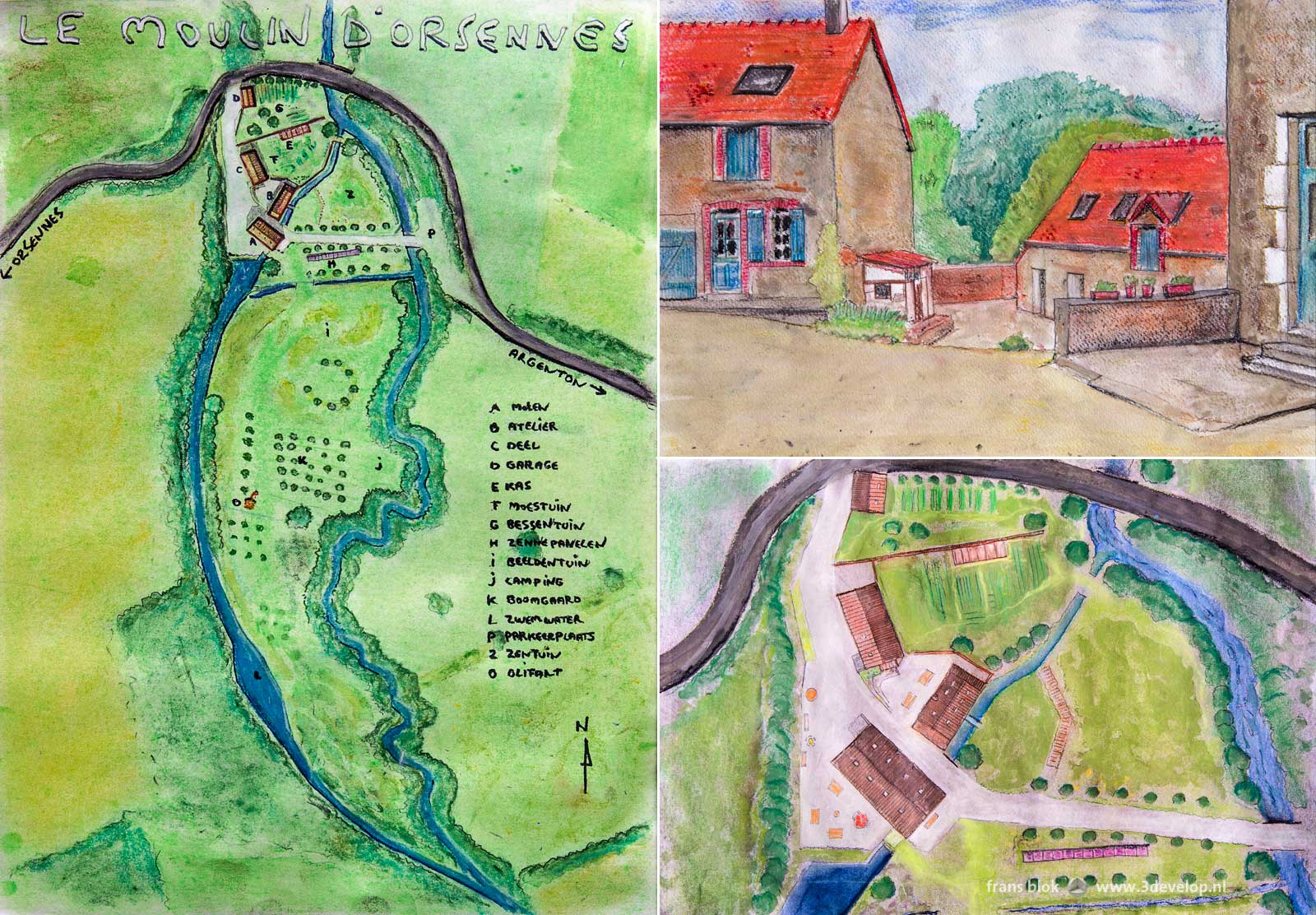 Besides the work in the kitchen, plenty of time remained to experiment with crayons, pencil and watercolor. It may sound like professional deformation that as a subject I mainly  looked at the architectural, urbanistic and landscaping context of the Moulin and the adjacent buildings. But it resulted in some nice drawings, as shown above.

Creative teacher Patricia Benjamins challenged me to make a kind of explanation drawing: a section that shows how the complex is put together, where exactly which spaces are. But I managed to make such a sketch only after returning home, when I again had access to my favorite tools: Autocad, 3ds Max and Photoshop.

From my memory, I built a 3D model of the site. Also, with a little help from Google Earth and hundreds of photos, by the way.

And though the drawing comes directly from the computer I’ve still given it the looks of a handsketch. Meanwhile, the picture is already being used to familiarize new guests of the Moulin: 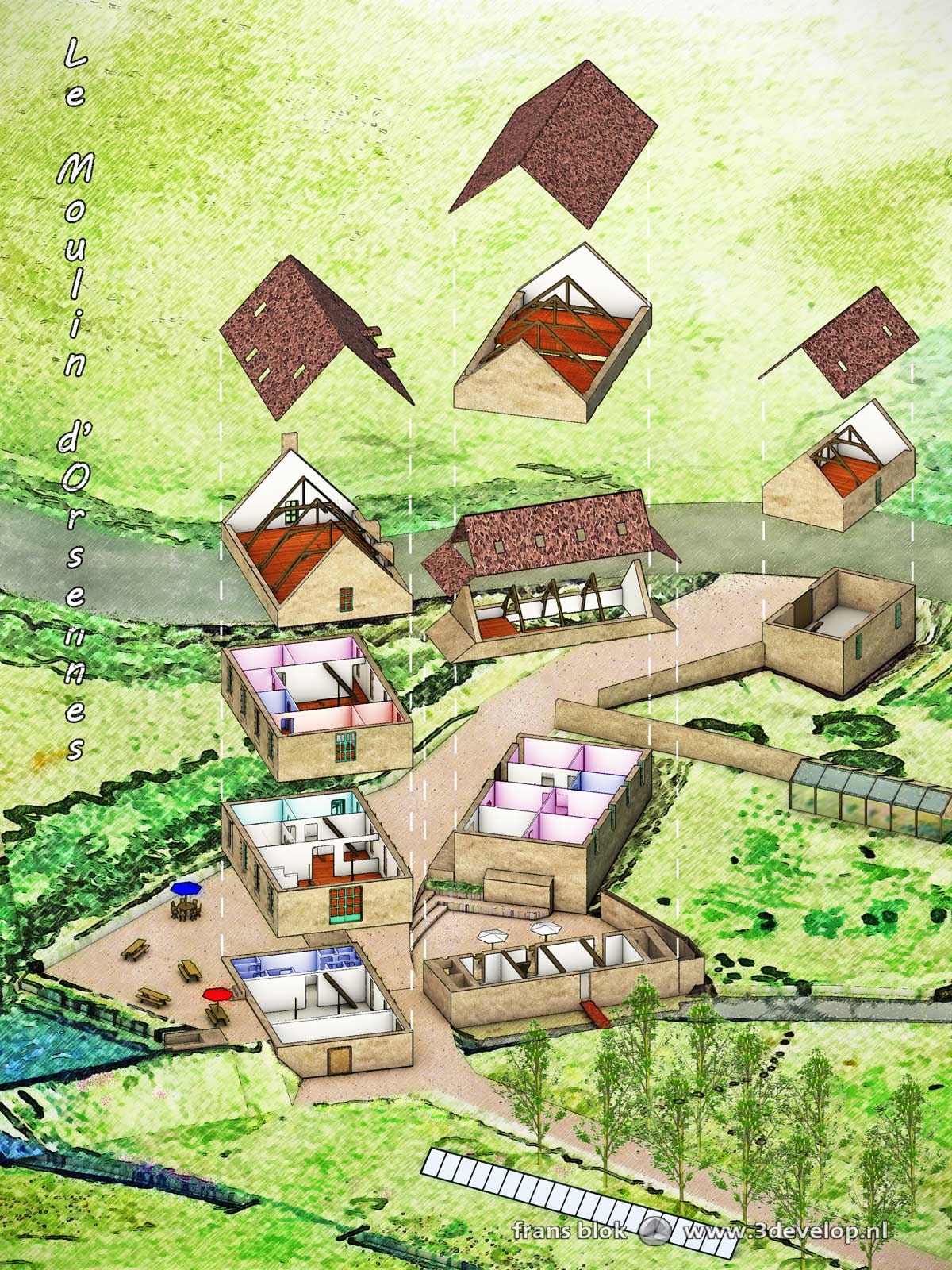