Sleeping in a Bridge Keeper’s Cabin in Schiedam

In Schiedam, at a stone’s throw from my place of birth, is the Orange Bridge, a structure from the thirties which spans the New Harbour. Since early this year, the bridge keeper’s cabin is managed by fellow photographer, local resident, architecture lover and Schiedam promoter Jan Sluijter, who uses it to organize exhibitions and other events. Here’s a pre-announcement: on 2 and 3 June there’s an exhibition about the architecture of Dudok, including my Bijenkorf triptych. 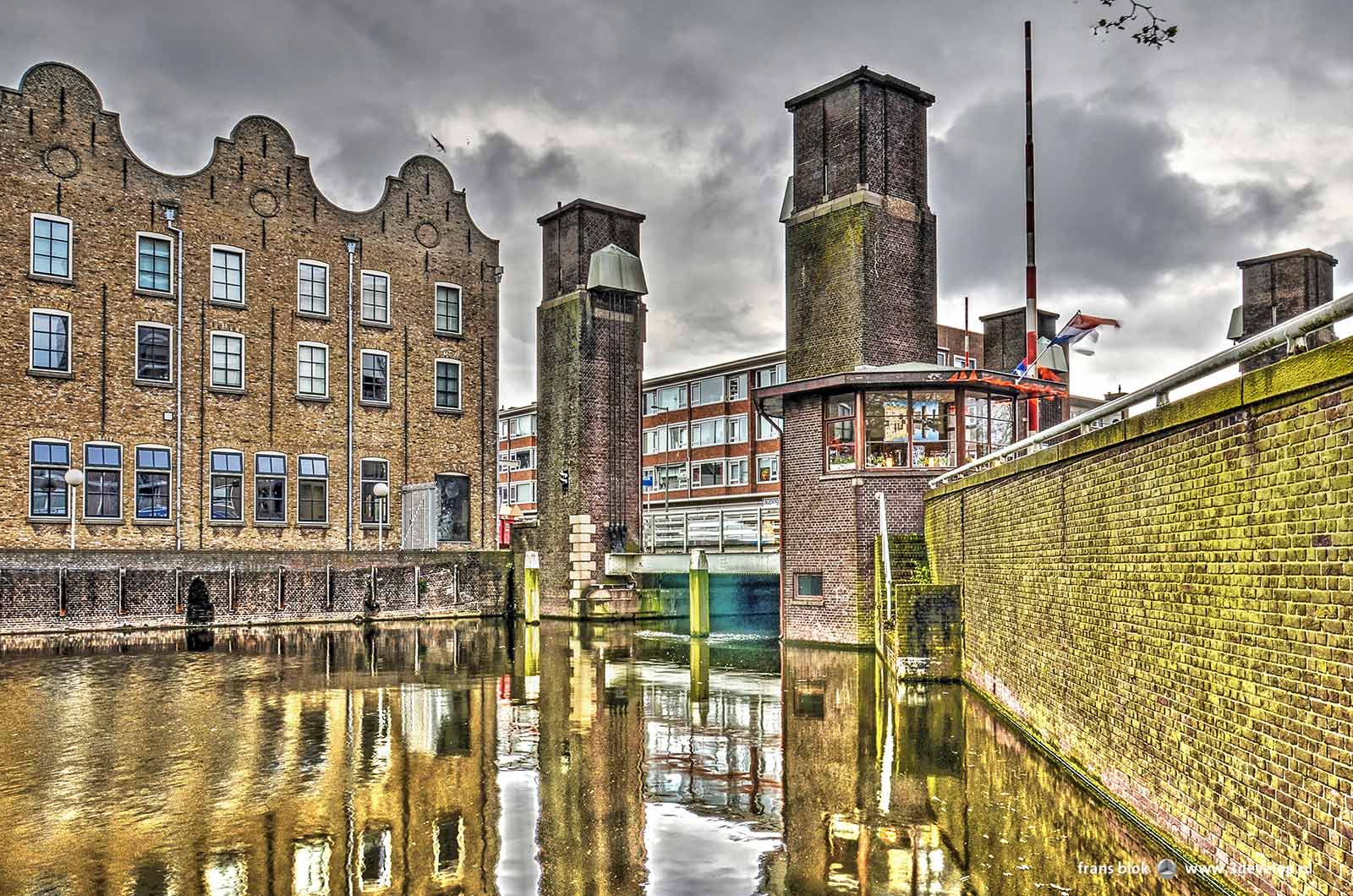 A suite in the basement

Under the bridge keeper’s room is a basement, which is accessible via a ladder in one of the towers of the bridge. A somewhat irregularly shaped room, with a window overlooking the New Harbour. Could you make a nice hotel room in there? Together with Jan, I tried to answer that question.

The tricky part is that you have to add a staircase because you can’t have your guests descend along a ladder. But after some trying we managed to fit in a ship’s ladder, still leaving room for a large double bed and a washroom:

Sleeping in a bridge keeper’s cabin is not even such a revolutionary idea. In Amsterdam there are plans to build hotel suites in 28 bridges in the coming years. Schiedam is obviously not such a tourist magnet as that other town, but still: the gin capital of the world with its Short, Long and New Harbour and its seven large windmills certainly has some touristic potential. Especially if there’s such a cozy place to spend the night: 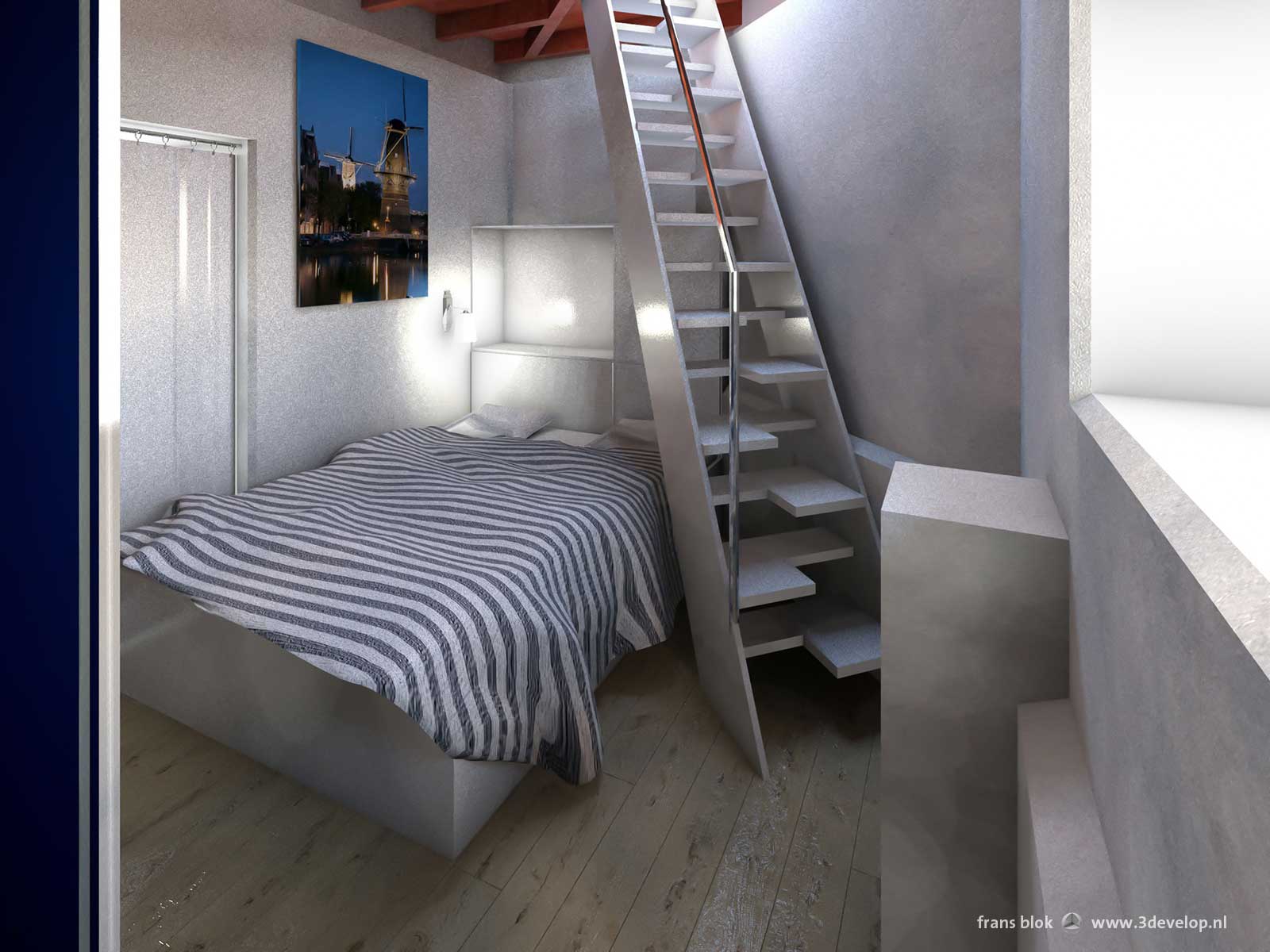 Meanwhile, Jan has presented the idea to the responsible alderman, who reacted enthusiastically. Local newspaper Algemeen Dagblad wrote about the plan in an article on April 26. This does not mean that bookings can already be made; first management and maintenance organisation Irado, the owner of the property, needs to be convinced. But if it succeeds this vision would become a reality: waking up in a bridge keeper’s cottage, overlooking the warehouses and historic ships of the New Harbour: 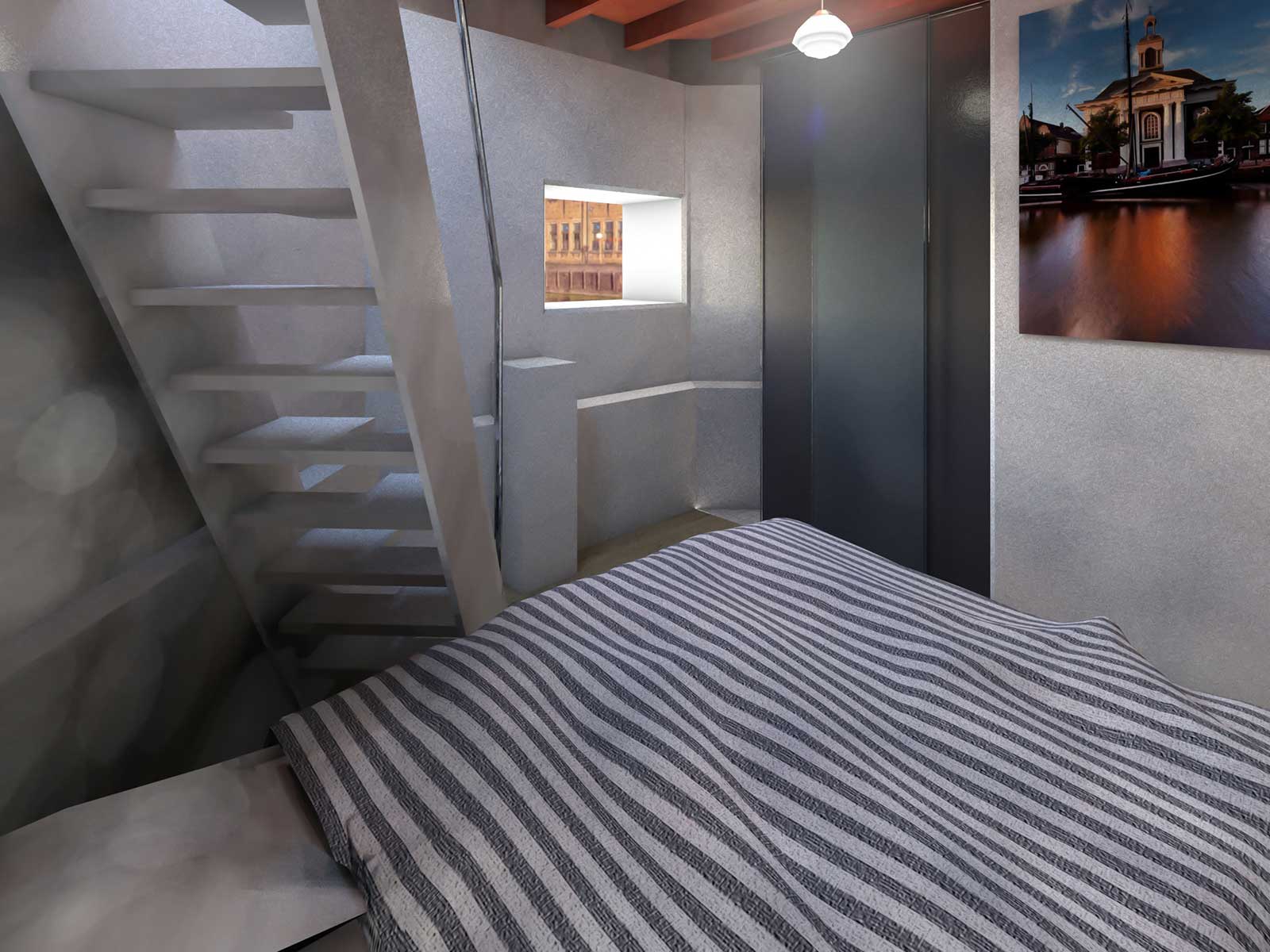