Christmas Blog: a Festival of Light and Color

Christmas is the most important Christian holiday, but the origins of the festival date back to before the birth of Jesus. Both the Romans and the Germans did not let the winter solstice on 21 December pass by unnoticed.

Understandably: even in modern times with its central heating and abundance of artificial light, many people get a little depressed by the short and chilly days. In earlier times, in poorly heated houses by candlelight, this part of the year must have felt even more depressing.

So the moment on which the days start getting longer and we begin our long return to spring is a good reason for a party. Even though the lengthening of the days is at first painfully slow and we still have a few cold winter months ahead.

The Earth at Night

Christmas is, in other words, a good time to present my Light Map of Rotterdam. The inspiration for this came from the well-known nightly satellite images of our planet:

The map is based on an Autocad drawing of downtown Rotterdam and surrounding area, which is styled in Photoshop in such a way that the city looks like a network of bright lines and spots against a black background. 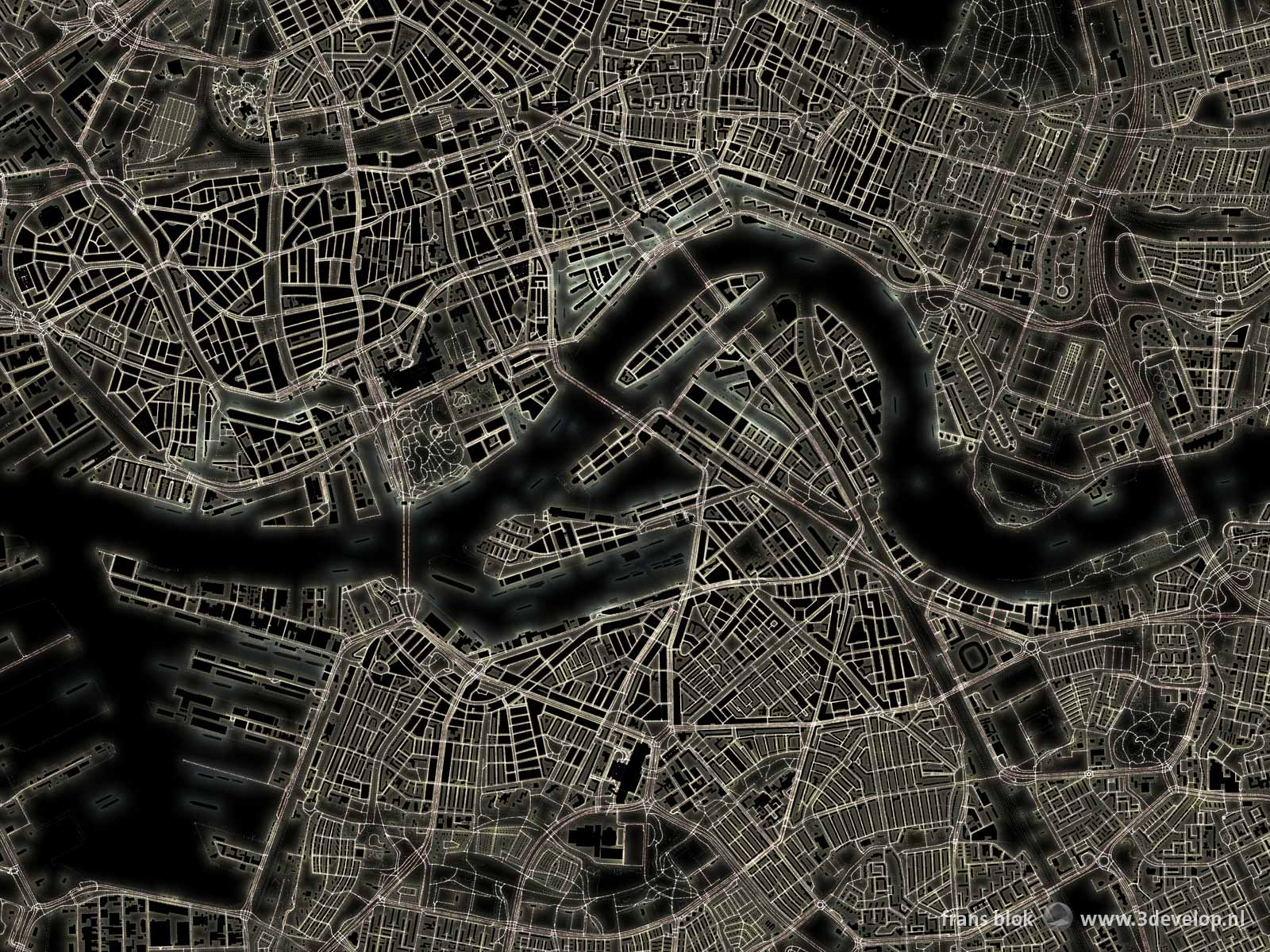 Below we see a detail of the map: Brienenoord island and the bridge with the same name, with also a section of the river Nieuwe Maas and the northern part of the district of IJsselmonde. Why did I take this part? Because I like the way the traffic junction at the foot of the bridge looks, on the right in the picture: pretty frivolous. 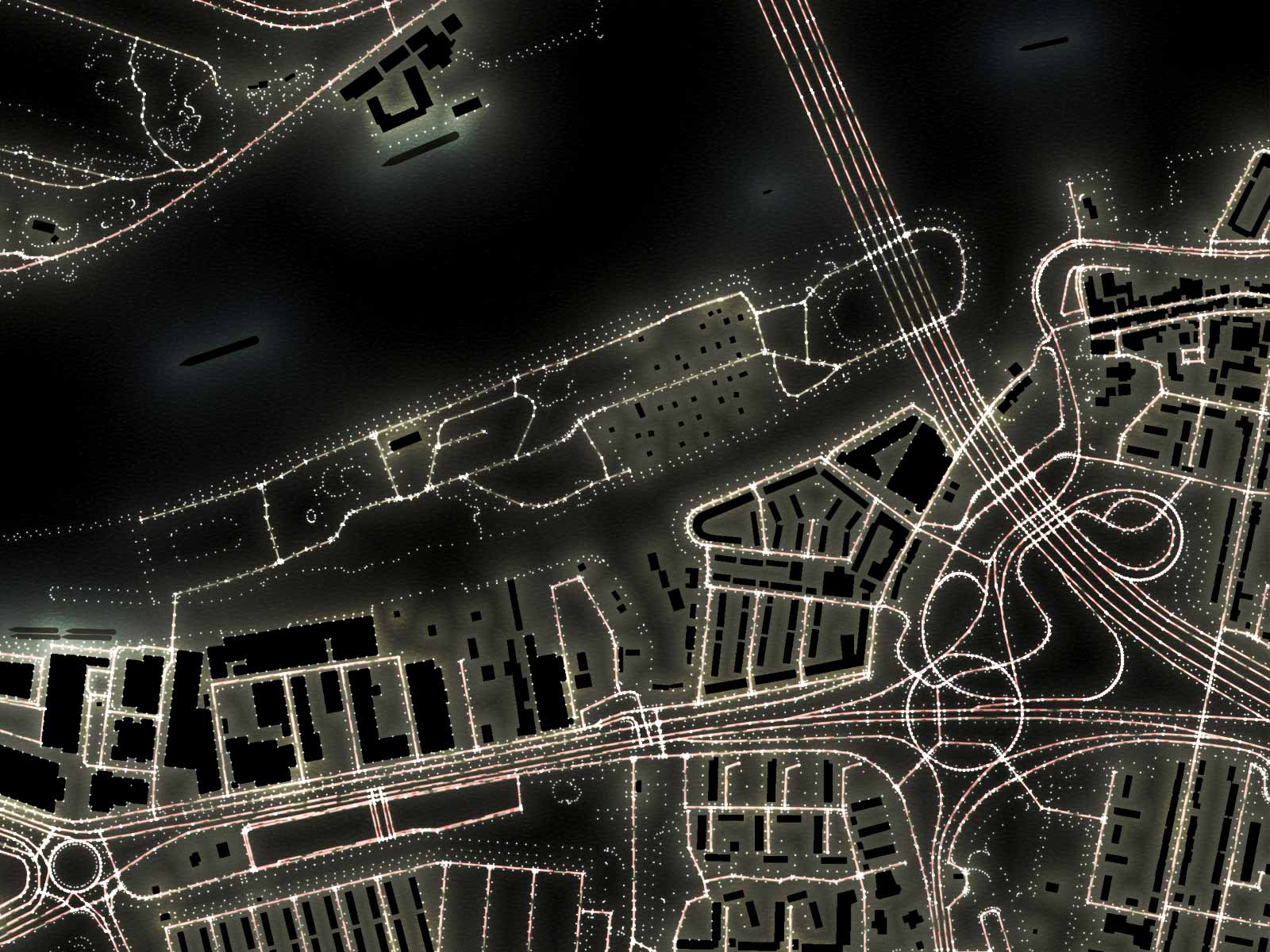 We can also use a little extra color around Christmas. Nature has two moments when we are treated to an almost psychedelic color explosion: fall and spring. But at the end of December we are in a somewhat colorless, gray period. That must be the reason why Christmas tree lighting is often come in all kinds of colors. And the New Year’s fireworks are of course one big compensation for lack of color and light.

I therefore created a colored companion for the Light Map, as a tribute to Rotterdam as a multicolored city. We only see the building blocks of the city here, but because of the counter shape we can easily recognize the river, the harbors, the parks and important traffic routes. The colors are completely random, with the exception of Feyenoord stadium De Kuip (which would look a bit odd in yellow or blue). 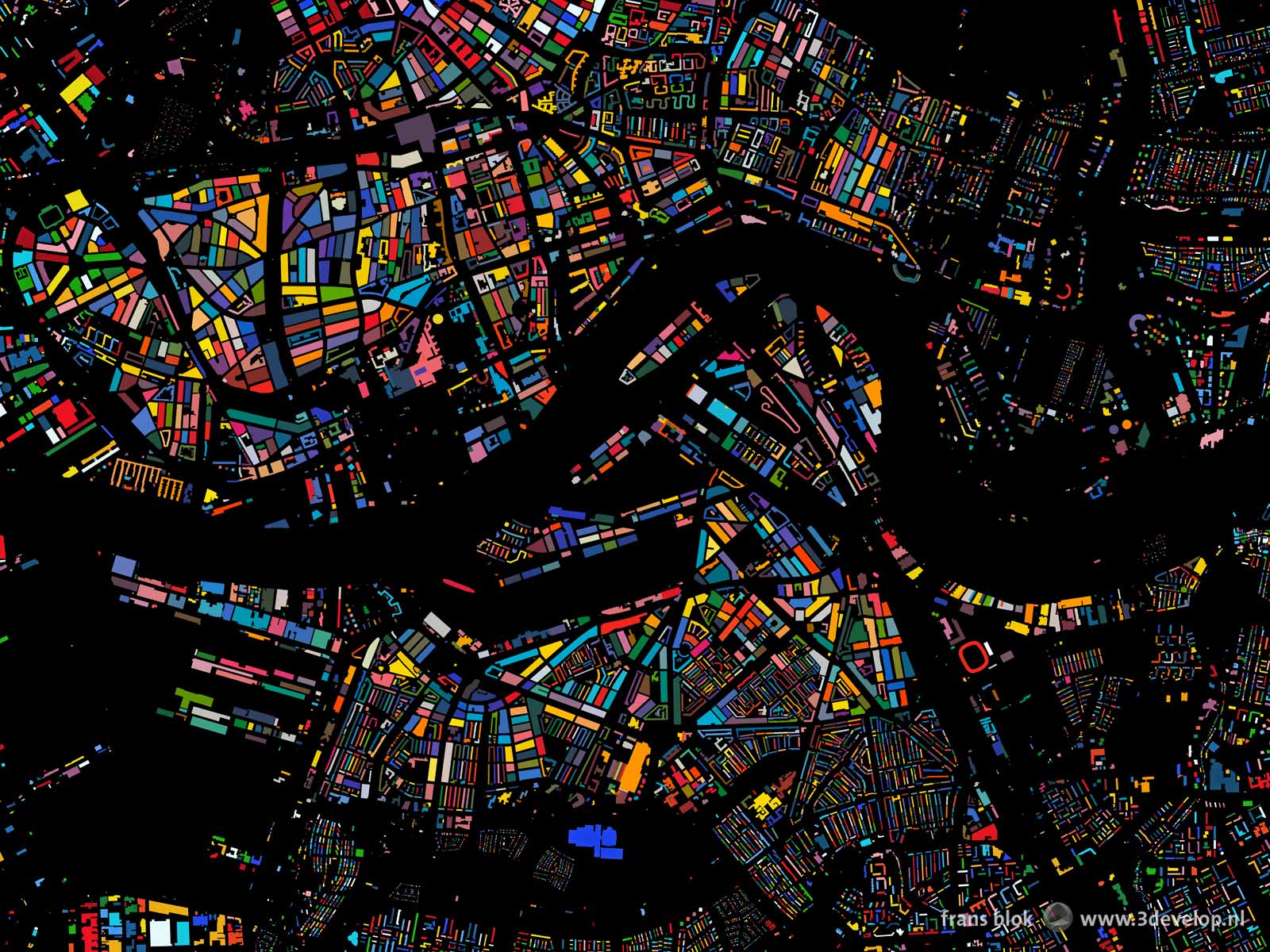 Again we zoom in a bit, this time with the city center as a destination. The light blue block just above the middle, by the way, is the 3Develop tower, where the two maps were created. 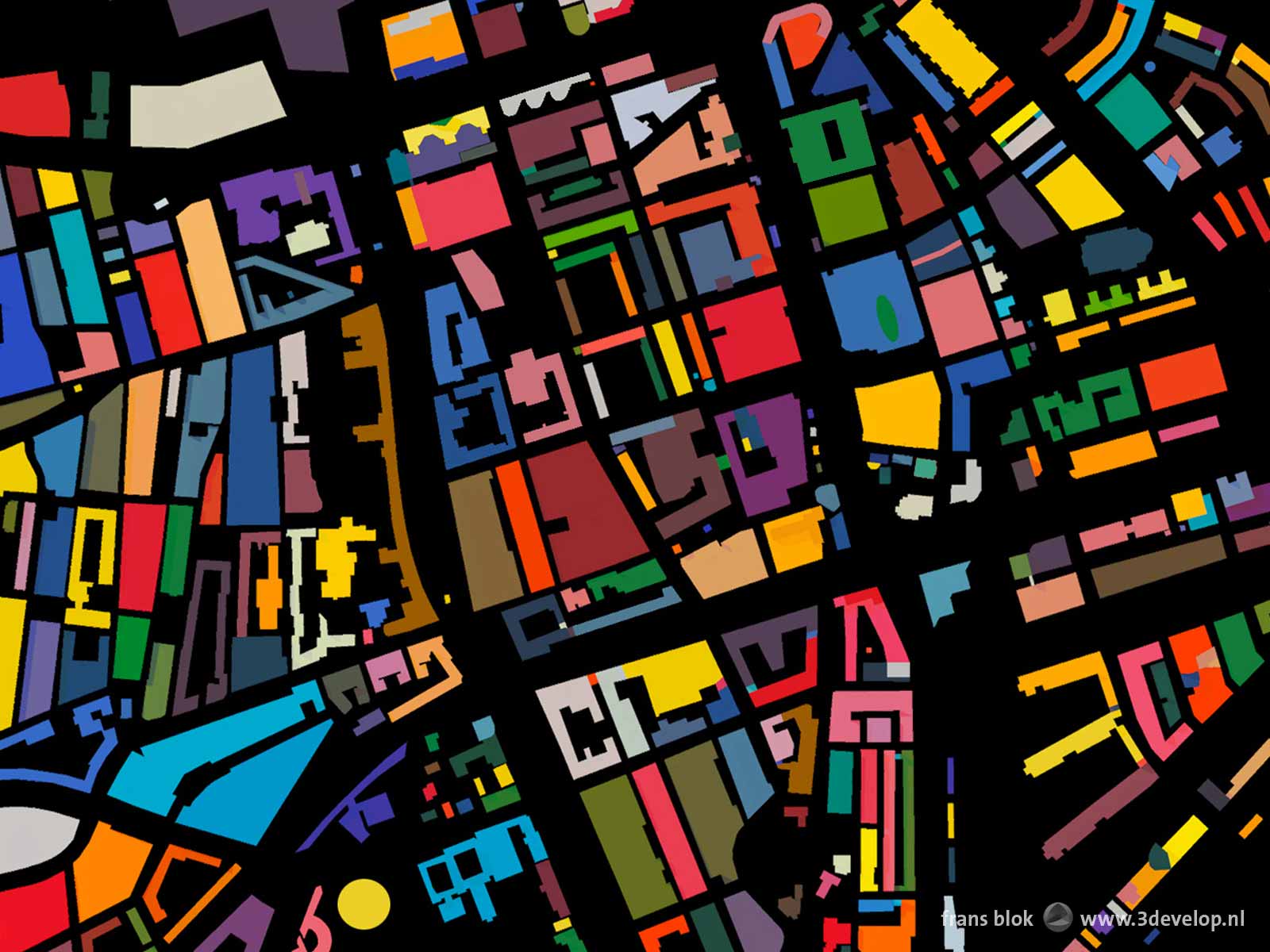 According to the BBC, and who am I to disagree, Rotterdam is the most intense, playful, jubilant city in the world. Well, that is well reflected in this festival of color, isn’t it?

On behalf of everyone at 3Develop (just kidding, 3Develop is a one-man business), I wish all readers of my blog an intense, playful and jubilant Christmas and ditto 2018!