Countdown: the Ten Best Photographs of 2016

Every year in early December the ranking season starts. The sportsman/sportswoman/sportsteam, politician and person of the year; the best films, books and records. As if nothing is going to happen in those final weeks.

And now I’m doing it as well, by compiling the top 10 of my favorite photos from 2016. But I have a blog, and that has a great advantage. If between Christmas and New Years Eve I make a picture that is better than any other I made this year, I can simply rearrange the list. No no one will notice.

I made close to 5000 photographs in 2016. It is a quite a job to put together a top 10 out of those thousands of pictures. I’ve never been good at making choices anyway. To begin with I looked at all those images; only the very very very best were put on the longlist. But then I had still thirty of them: 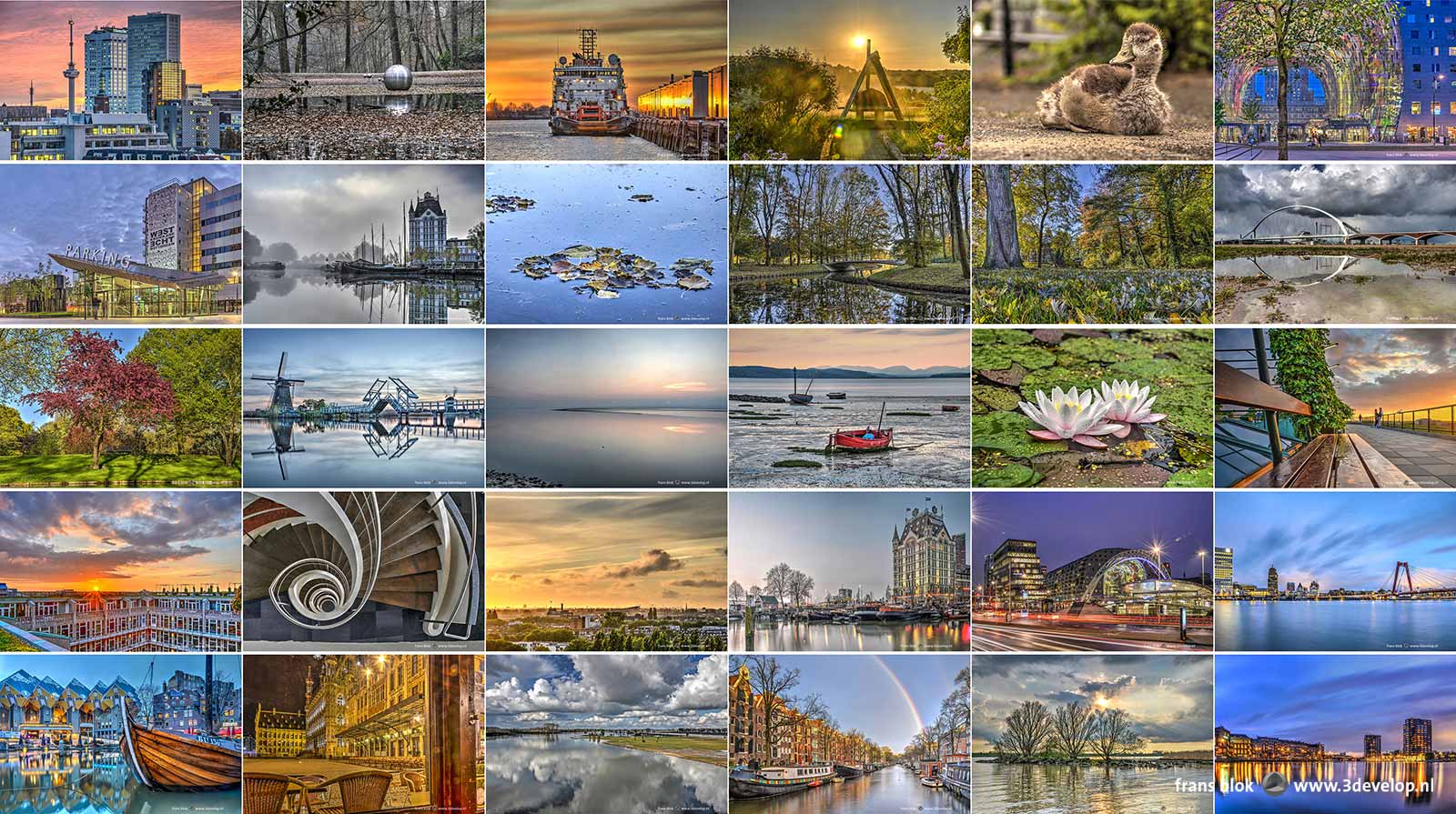 And in fact all those thirty photographs could have made it to the top 10. So I tried to create a diverse list, with not only pictures of Rotterdam on the Edges of the Night, but also images from the rest of the world and from categories like architecture and interiors, weather and seasons, and flora and fauna. 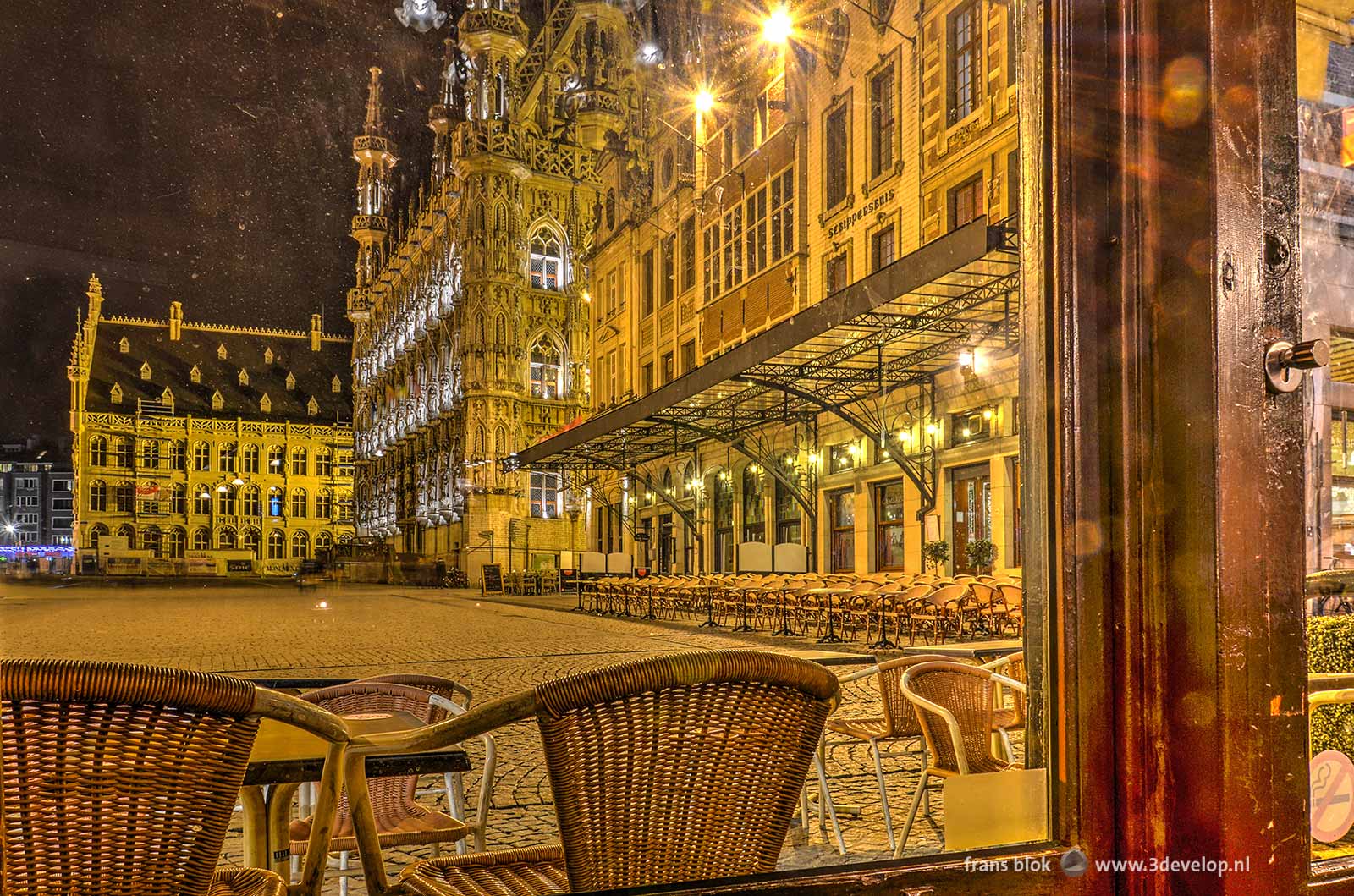 The Flemish town of Leuven, just east of Brussels, had hitherto escaped my attention. Unjustly, as it turned out when I ended up there by circumstances in the early spring. A nice, friendly and photogenic town, with lots of pubs with favorably priced Belgian beers. In the evening, enjoying a Westmalle Dubbel, Chimay Bleu or Rochefort 8 (the memory is slightly blurred) I took out my camera once again for this shot of the deserted Market Square with, left of the middle, the Town Hall. It is precisely this context, with the dust on the glass, the scratches in the window frames and the empty chairs in front, that makes this picture special.

9 – Springtime in The Park 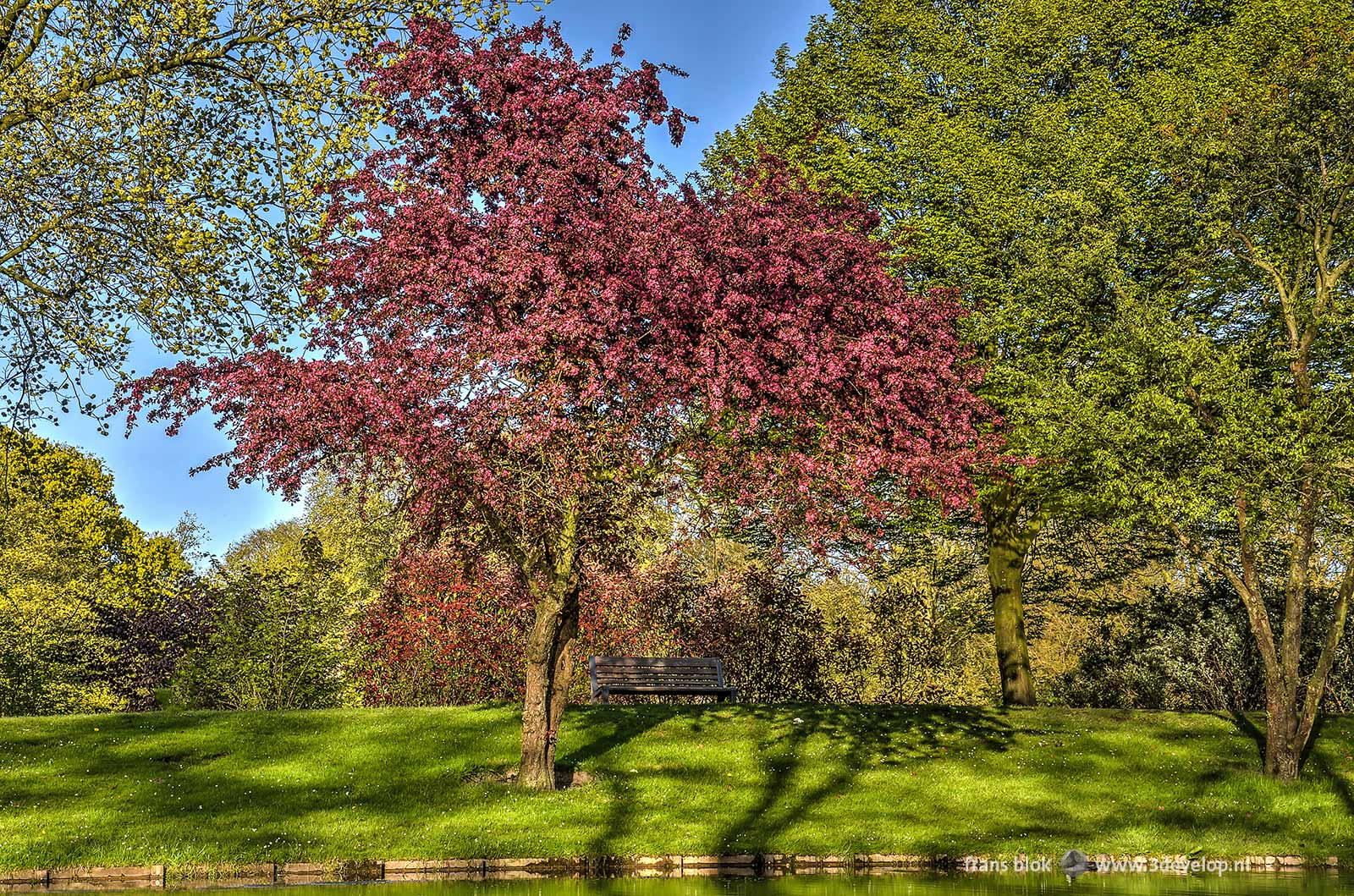 In spring I always walk around as in a daze for a couple of weeks, stunned by all the psychedelic colors that nature suddenly produces. Photos of all that beauty tend to be slightly disappointing. But this one is not! This purple red flowering cherry can be found in The Park in Rotterdam. The play of shadows on the grass embankment, the blue of the sky and the many shades of green in the surrounding vegetation give the tree a nice embedding. And the inviting little park bench makes it complete. 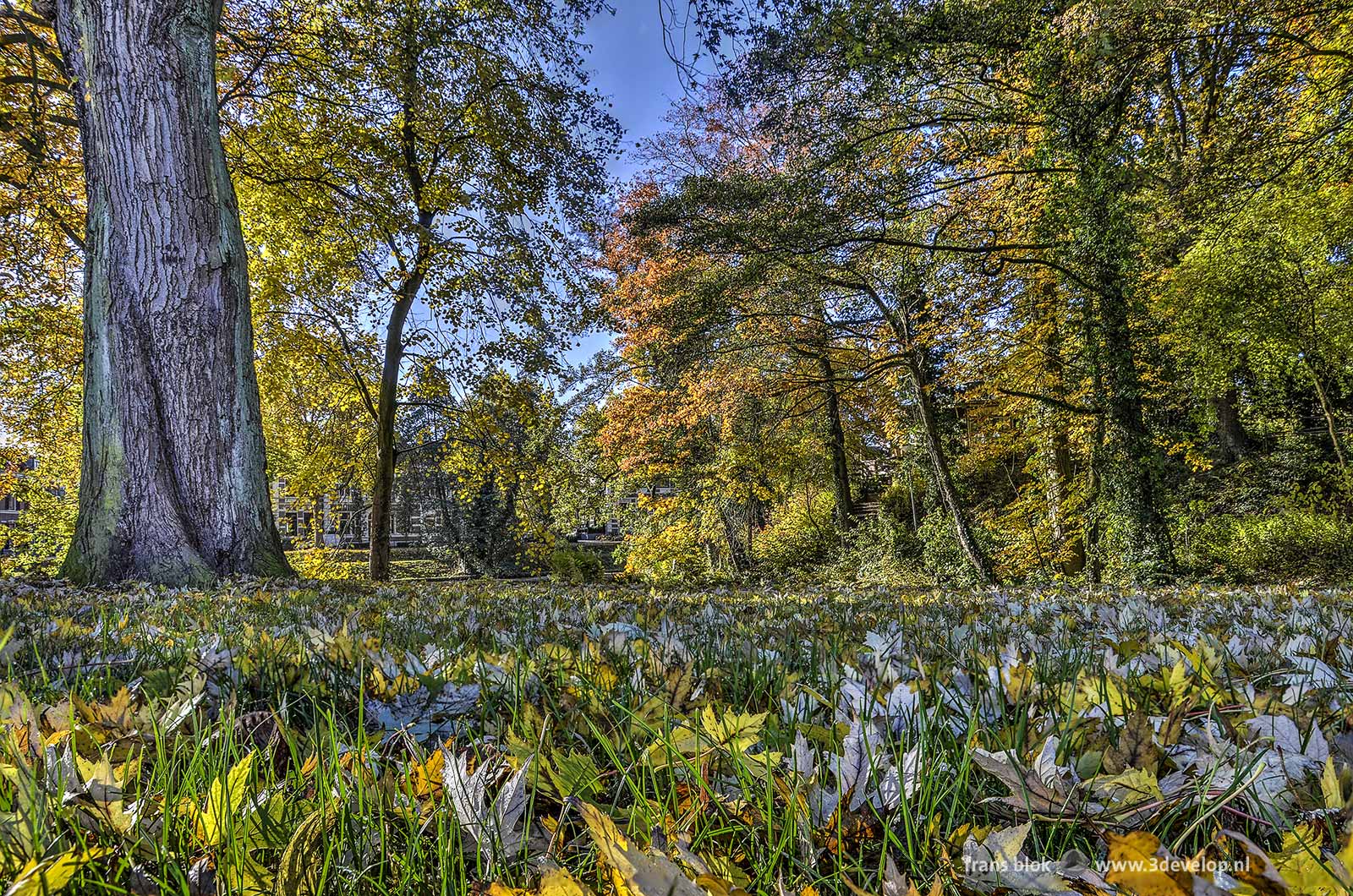 Also autumn has its psychedelic weeks. This year, the fall seemed to last longer than usual; there were no storms that took down the leaves prematurely. Of the many pictures I made in those weeks, this one, made near the station in the park on the former fortifications of Deventer, pleases me the most. It is a so-called focus-stack, a combination of two photos put together in Photoshop; therefore, both the leaves in the foreground and the trees and shrubs farther away are in focus. 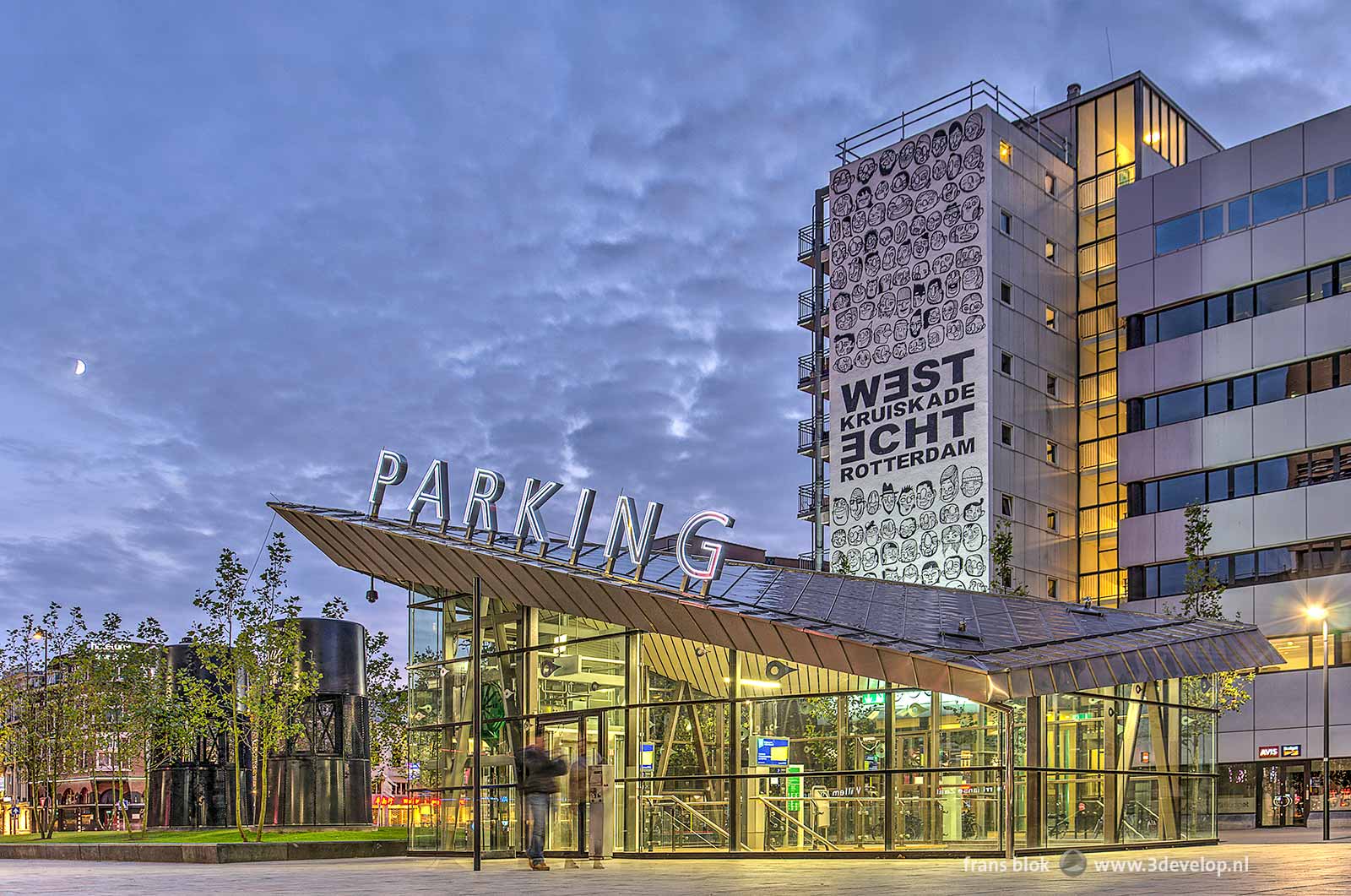 The entrance to a parking garage rarely guarantees exceptional pictures. But in Rotterdam it’s different. This little building of glass and stainless steel is at Kruisplein, part of the public space that has been thoroughly refurbished simultaneously with the new railway station. Also the eight-story high mural by Venour, on the end wall of Mecanoo‘s first-built design, adds something to the photo. The two ghosts near the entrance building give a human scale and yet also something alienating to the image. And then there’s that capricious cloudy sky accented with the Moon in the First Quarter (or the Last?) 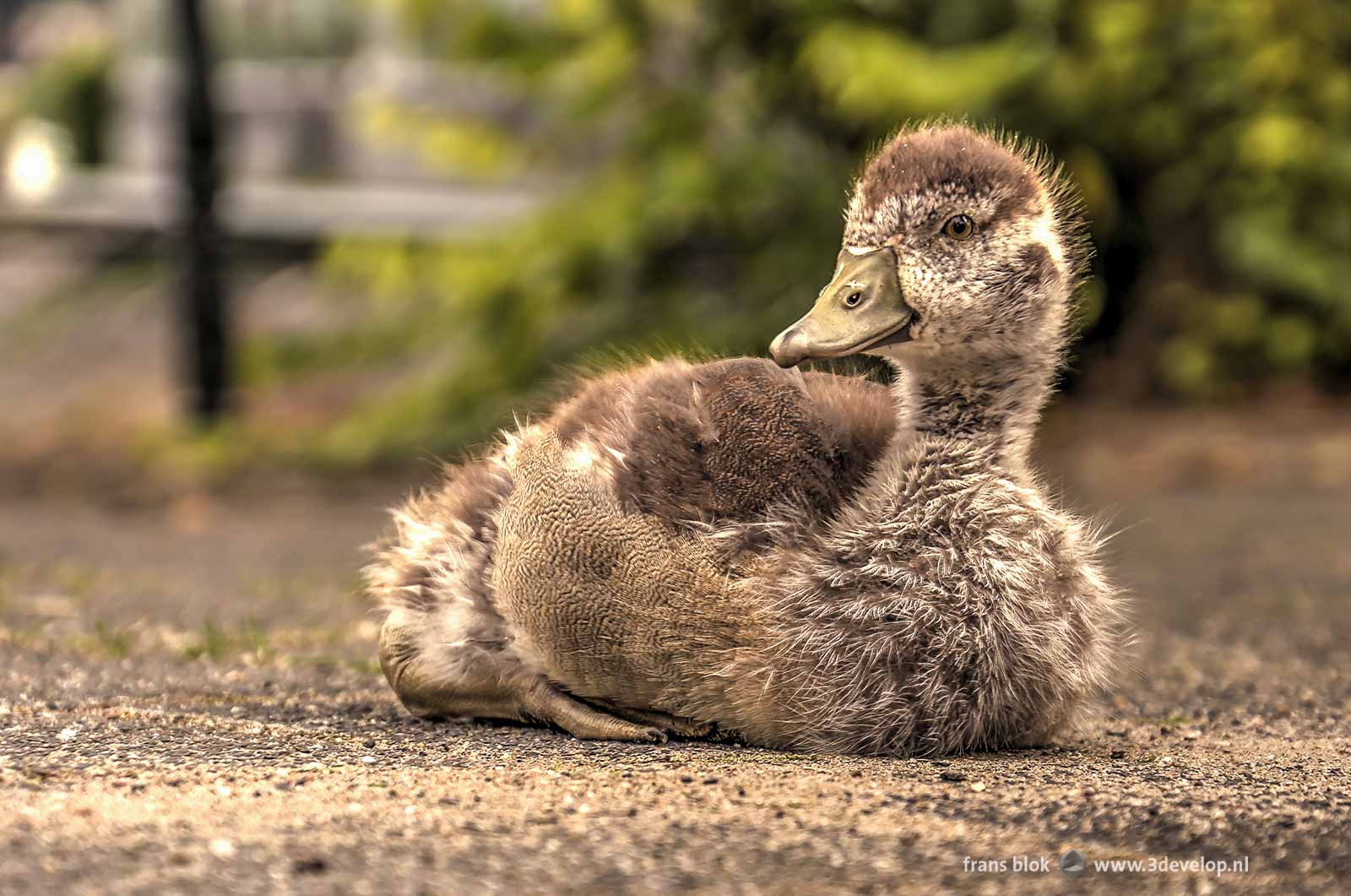 Photographing animals is a passion that I inherited from my father. The tricky thing about it is that animals rarely sit still, let alone assume the pose that you would like them to. This young nile goose, who camped with his/her brothers, sisters and parents on the pavement at the Veerhaven, also in Rotterdam, was apparently somewhat accustomed to humans. He/she let me instal my camera on a little tripod, and then zoom and focus. The low camera angle, more or less at eye level of the creature, is essential in this kind of photos. I also like the sharpness of the picture on exactly the right places which lets you see every little feather. 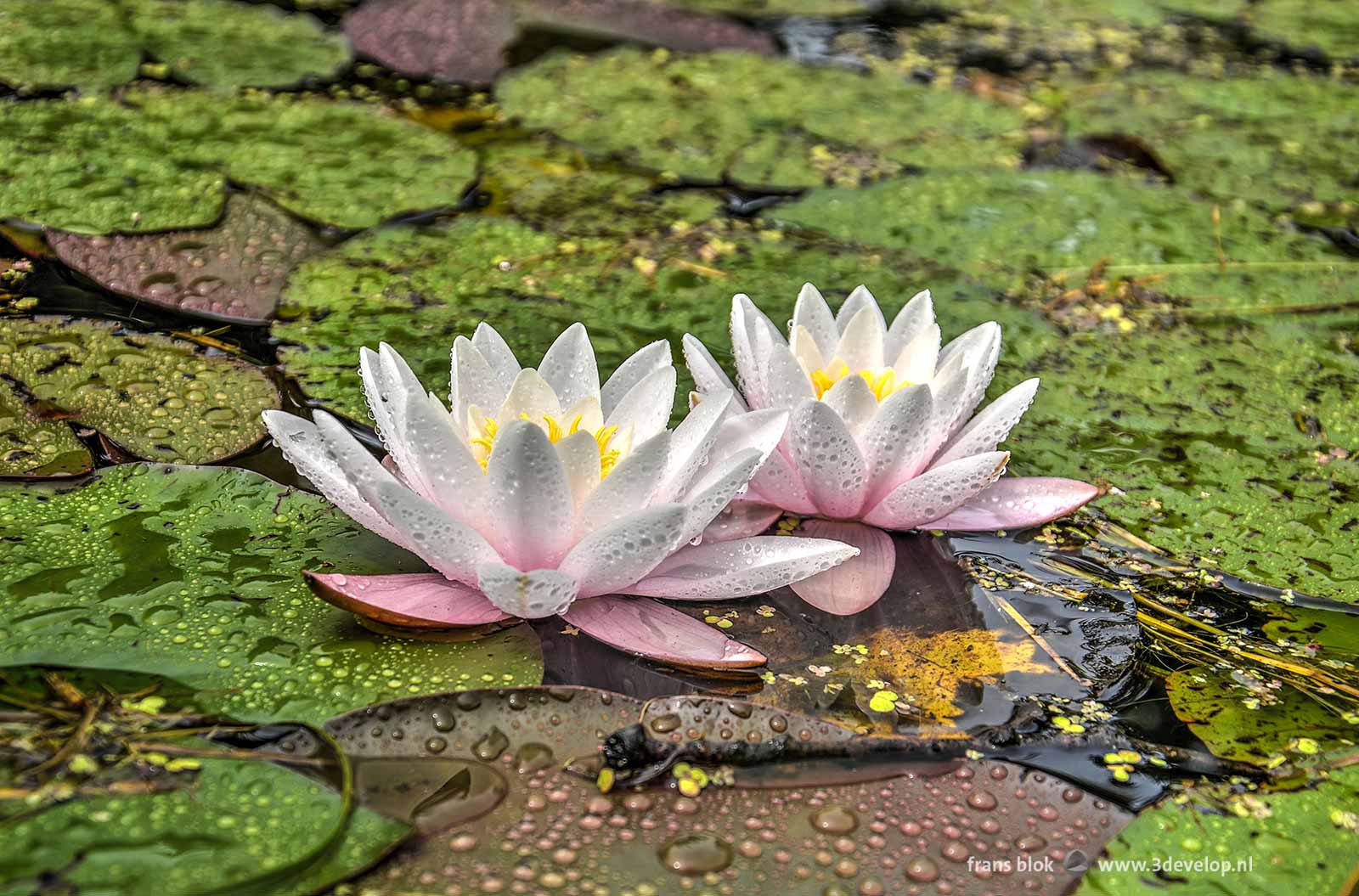 The Hidden Gardens weekend, when you can visit all kinds of large and small gardens in Rotterdam, every year results in an abundance of beautiful photo opportunities. This year, the weekend started quite rainy. Those circumstances can actually produce rather nice pictures, if you can manage to keep your lens dry. There are nature photographers who always carry a spray bottle with them but there’s nothing artificial about the drops on these water lilies. 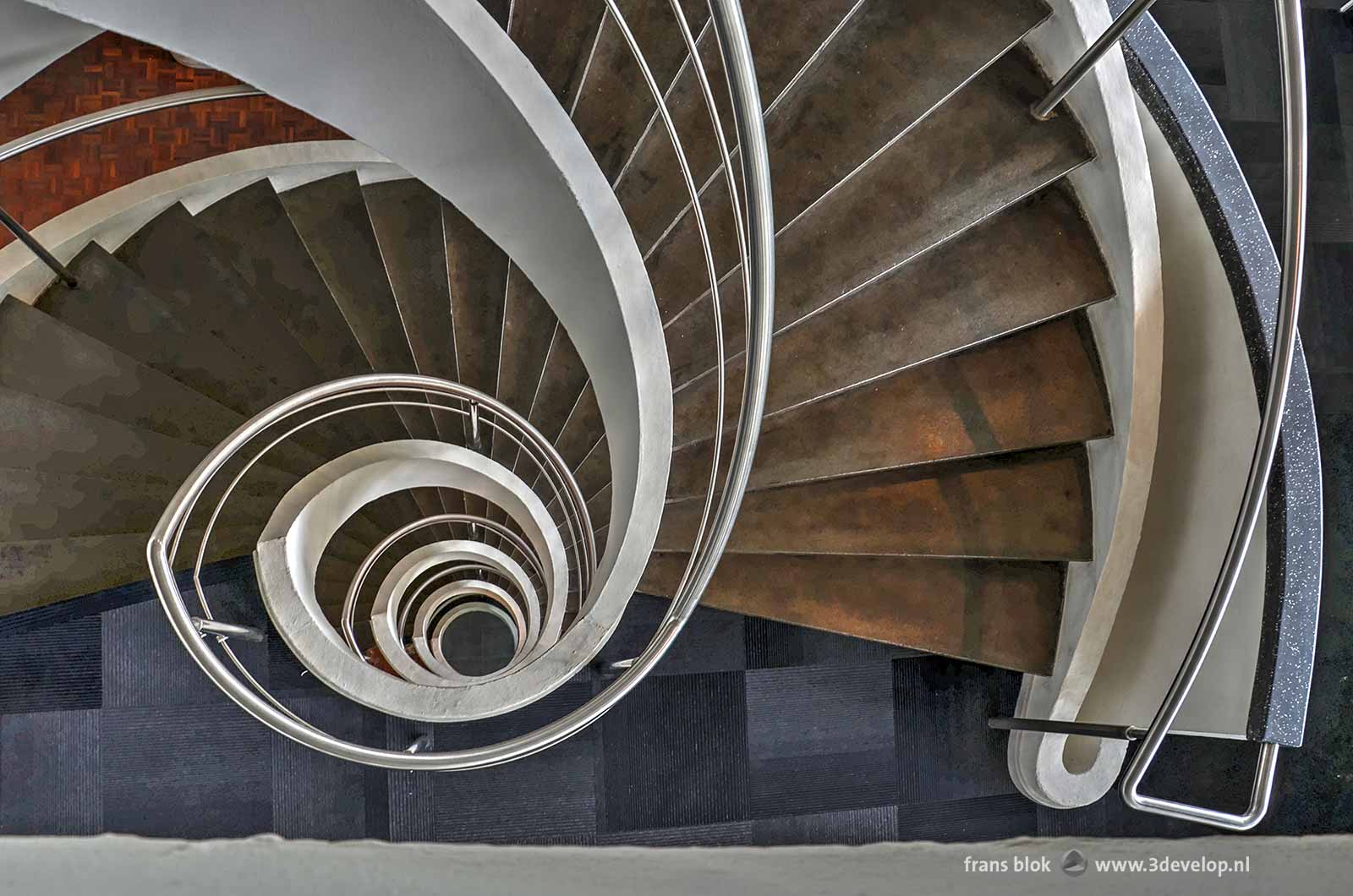 The Day of Architecture is another landmark in the year. The Day not only started rainy, but remained like that till the end. For architectural photography this is somewhat less favorable than for pictures of flowers. But you obviously can still make great interior pictures. The play of straight and curved lines in the top view of the staircase in the Industry Building on Goudsesingel is, in my humble opinion, unearthly beautyful. Of course the credits for that go to the architect, Hugh Maaskant.

3 – Amsterdam after the Rain 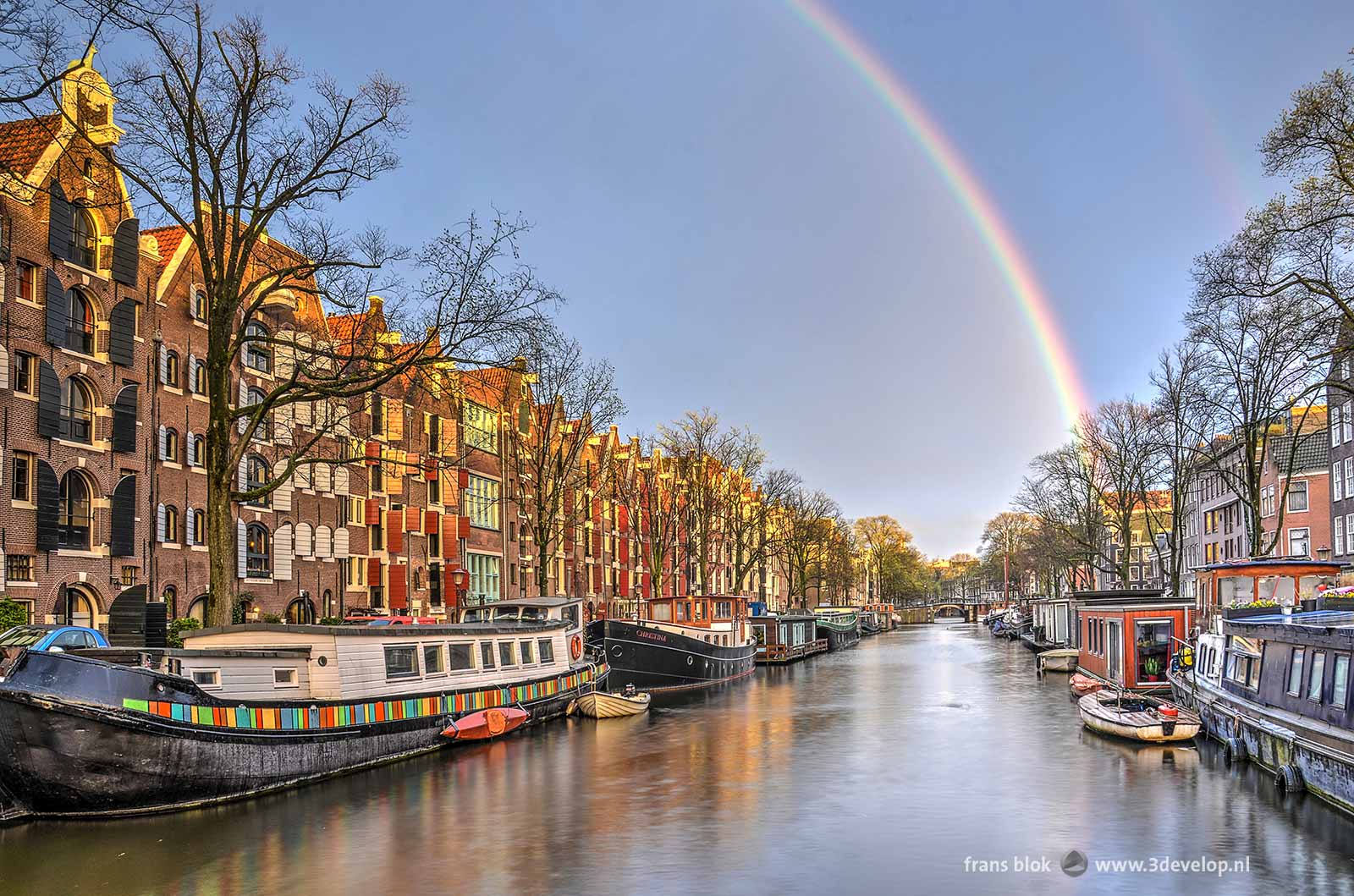 And another rainy day. I am an incurable optimist when it comes to interpreting the forecasts. Often things don’t turn out so bad, but this time they did. We looked at the industrial heritage of the Westergas area and the Amsterdam School architecture of Spaarndammerbuurt in the pouring rain. But when we approached the Canal Belt the rain lessened and from a bridge over the Brewers Canal, we had a magnificent view of a rainbow while the last raindrops plunged into the canal. Back home I noticed the rainbow pattern on the houseboat on the left. 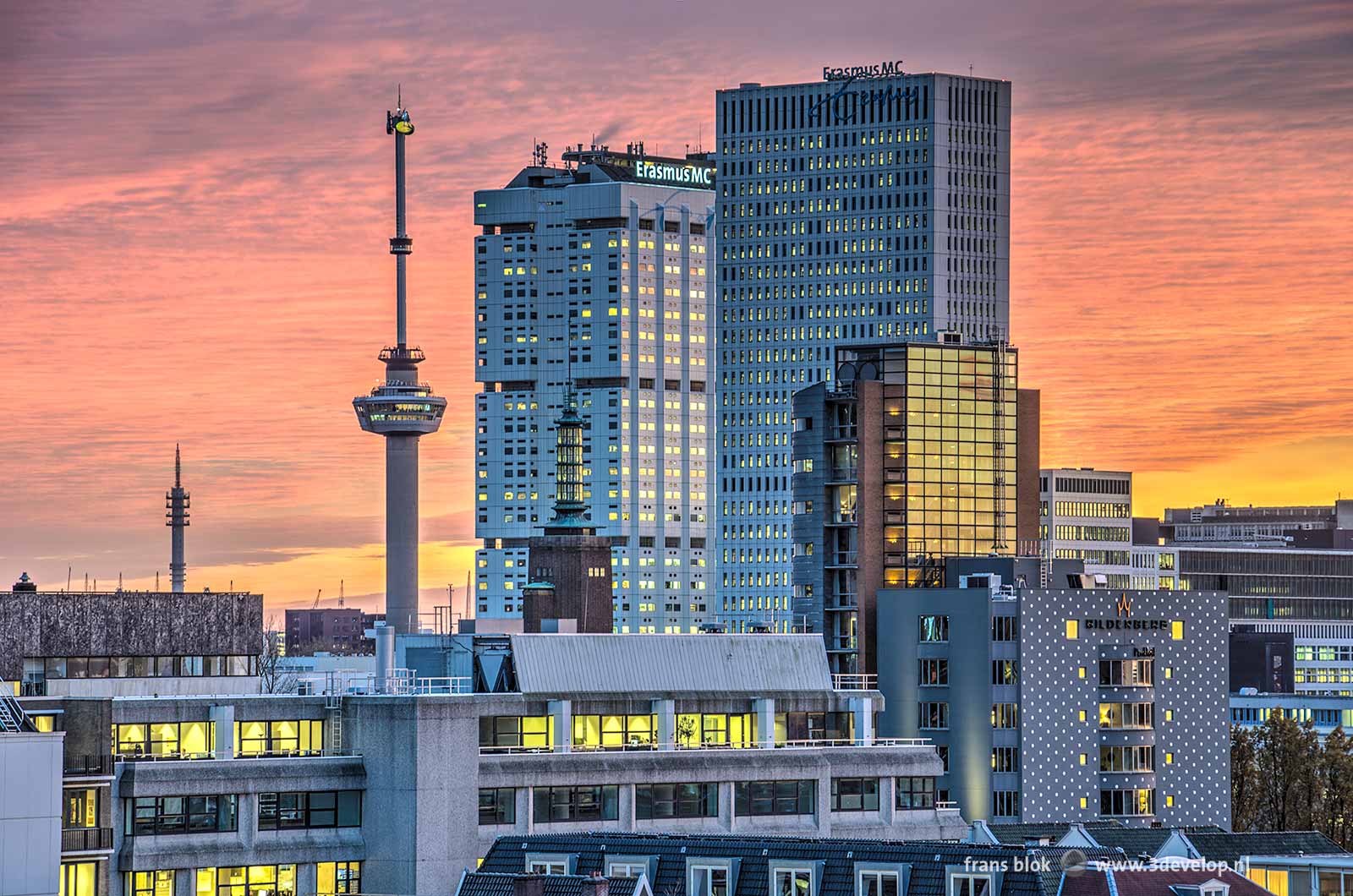 The sunset of November 22nd even made the newspaper. Algemeen Dagblad reported the next day about the exceptionally dramatic red cloudy sky. The newspaper’s website collected tweets about the phenomenon, including mine with this picture. Taken from the 3Develop balcony, the image includes Euromast, Erasmus Medical Centre, Parkhotel and the Boymans Museum as well as, in the far left, the television tower at Waalhaven. “Yes, but it does have an HDR sauce over it.” one of my Facebook friends commented. No, the sky really looked like this. 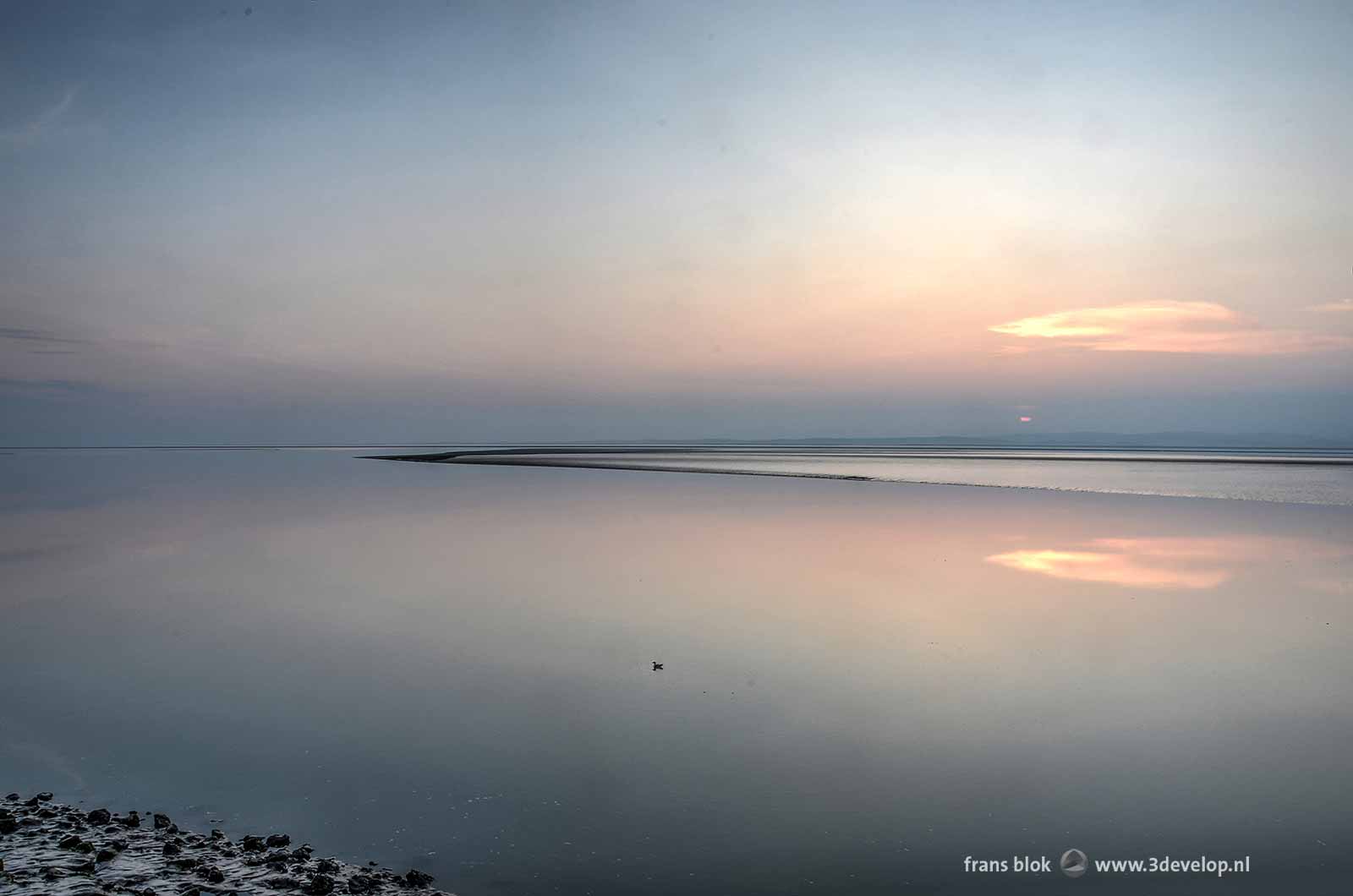 Morecambe Bay in northwest England looks a bit like the Dutch and German Wadden Sea. Also here at low tide large areas are dry. One difference is that on the other side of the bay there are no low duned islands but the mountains of the Lake District. In this favorite photo of my Pre Brexit Tour, late May, early June, we see the foothills of those mountains vaguely on the horizon. The zen like image looks like an abstract painting. I totally ignored the Rule of Thirds here because the heavens and the earth are equally interesting. A smooth sea with large black sand flats. A piece of mud sculpture on the lower left. A single cloud with its reflection and in between a few glowing pixels: the last lifesign of the setting sun. And in the middle the only living being: a water bird.