No, you better not try to find your hometown or even your country on this cubist world map. Borders, cities, walls and other human constructs are not recognizable in this explosion of colors, shapes and lines. 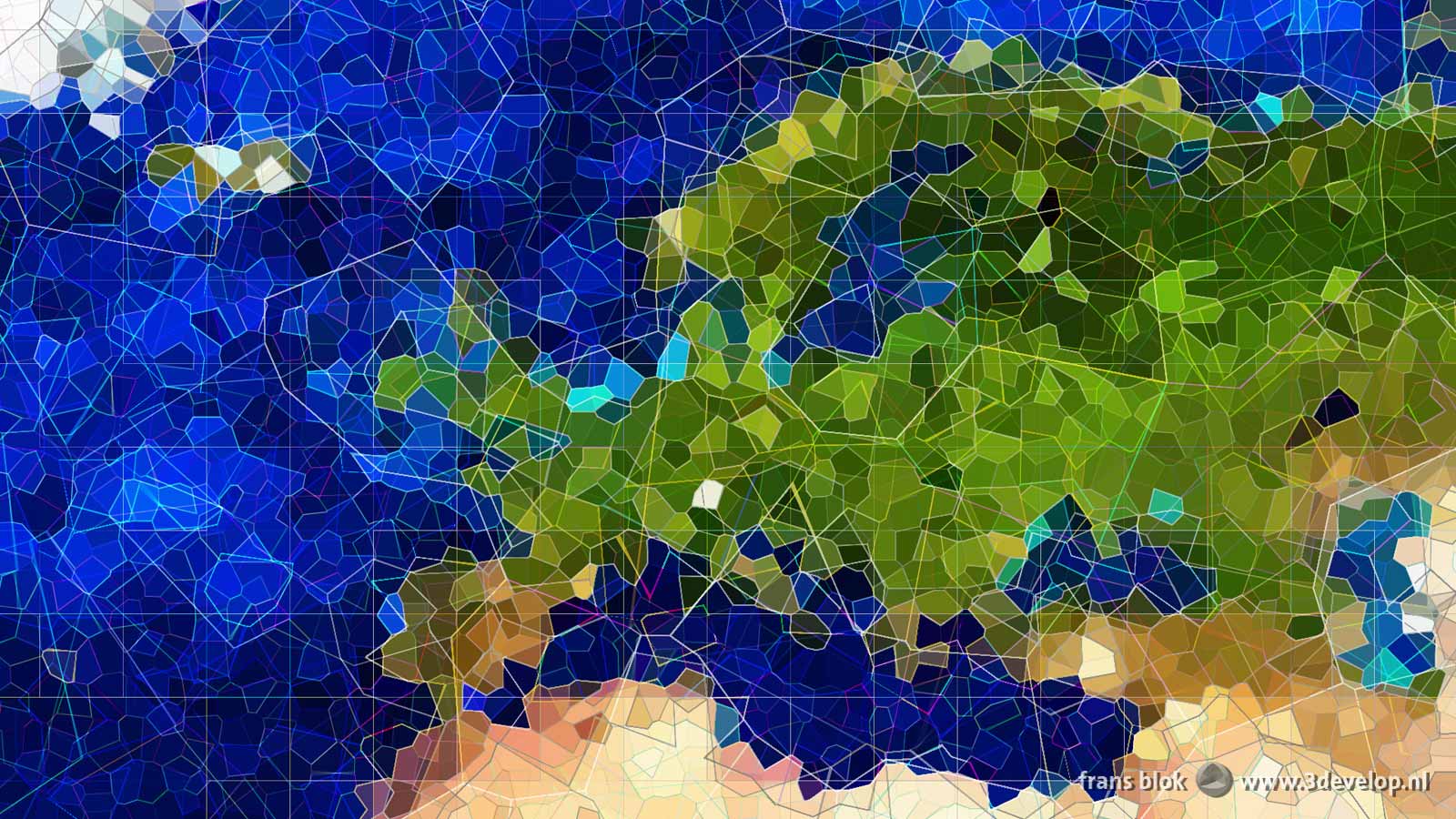 The map was made in Photoshop by overlaying quite a few layers. I made those layers using the filter crystallize, which subdivides an image into polygons in an entirely arbitrary way. I also made a layer of squares that coincide with latitudes and longitudes. After that I generated line drawings from the edges of all those shapes. Eventually I put all the layers on top of each other and played with transparency and blending modes until I was happy with the result.

Okay, that may sound a little too complicated for most readers. Don’t despair, this movie shows in two minutes how to build a cubist world map:

The cubist world map is based on the Blue Marble, the famous image created by NASA. That’s a composite picture made of a large number of satellite photos of our planet, selected for the absence of clouds. The Blue Marble also inspired me to make the Inverted World Map.

But why Cubist? Cubism was a movement in painting in the early twentieth century. Painters such as Picasso, Braque and Gris showed the world as an interplay of geometric forms and expressive colors. They made no exact photographic view of the world, but by abstracting it they created a better representation of reality. At least that was the idea. Equally important is, of course, that their work was esthetically pleasing.

Of course I’m not going to compare myself with Picasso, but also my map distorts and abstracts the world in a way that makes you look at it differently. And hopefully also my map is pleasing to the eye. Well, I think it is, but that’s something everyone has to decide for him- or herself. 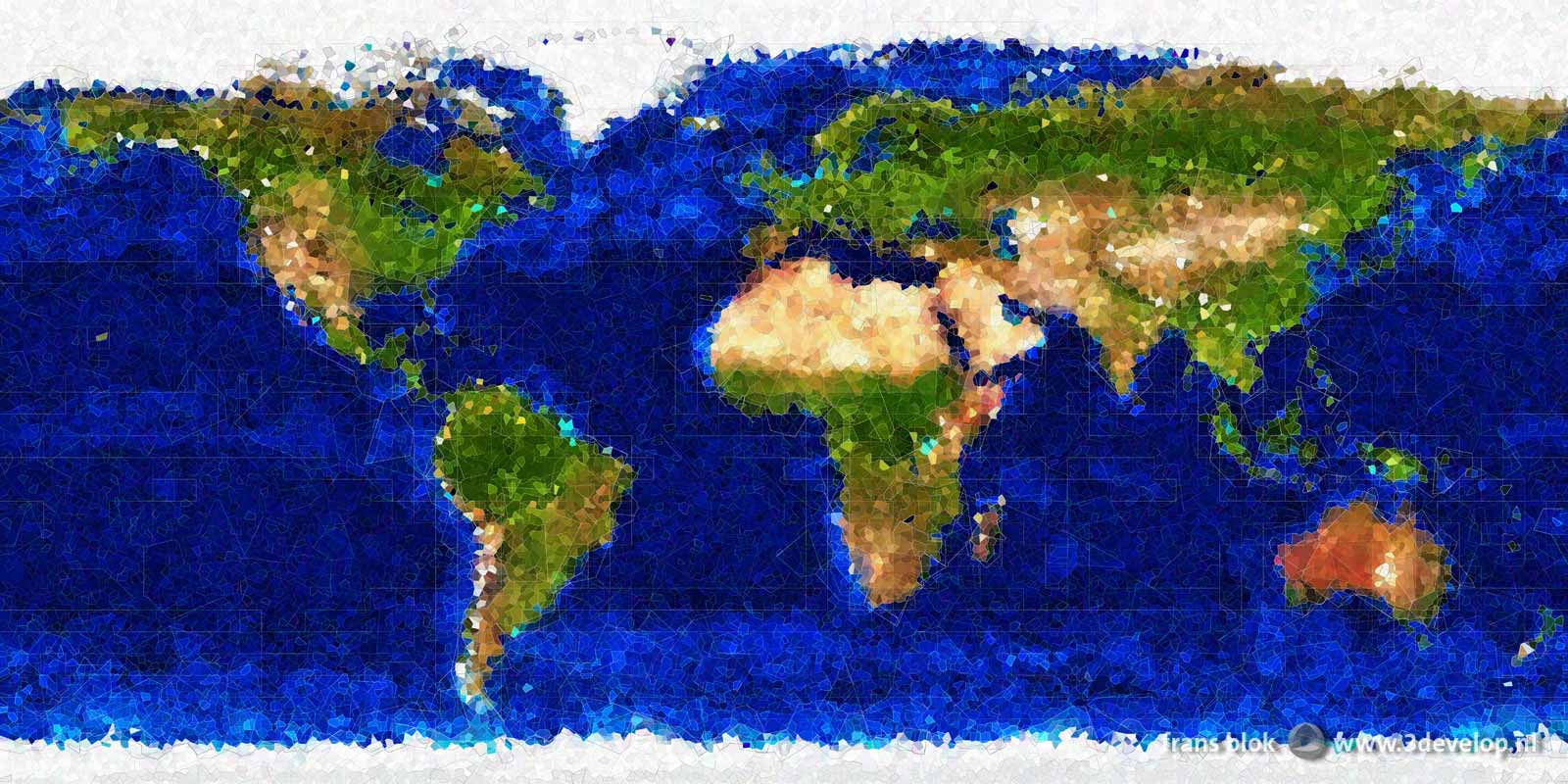 Is it a coincidence that most of the work on this map took place in the days when the Trump regime took office and the impressive Women’s Marches took place in many American cities? Yes, it is, because coincidence exists.

Nevertheless those circumstances give this image a certain meaning. This map shows our planet as a multicolored and multishaped entity, a complex ecosystem in which everything is interconnected. And no Wall in sight.

And if, instead of that, you can only see shards: be my guest. Because as we all know: the system is fragile. 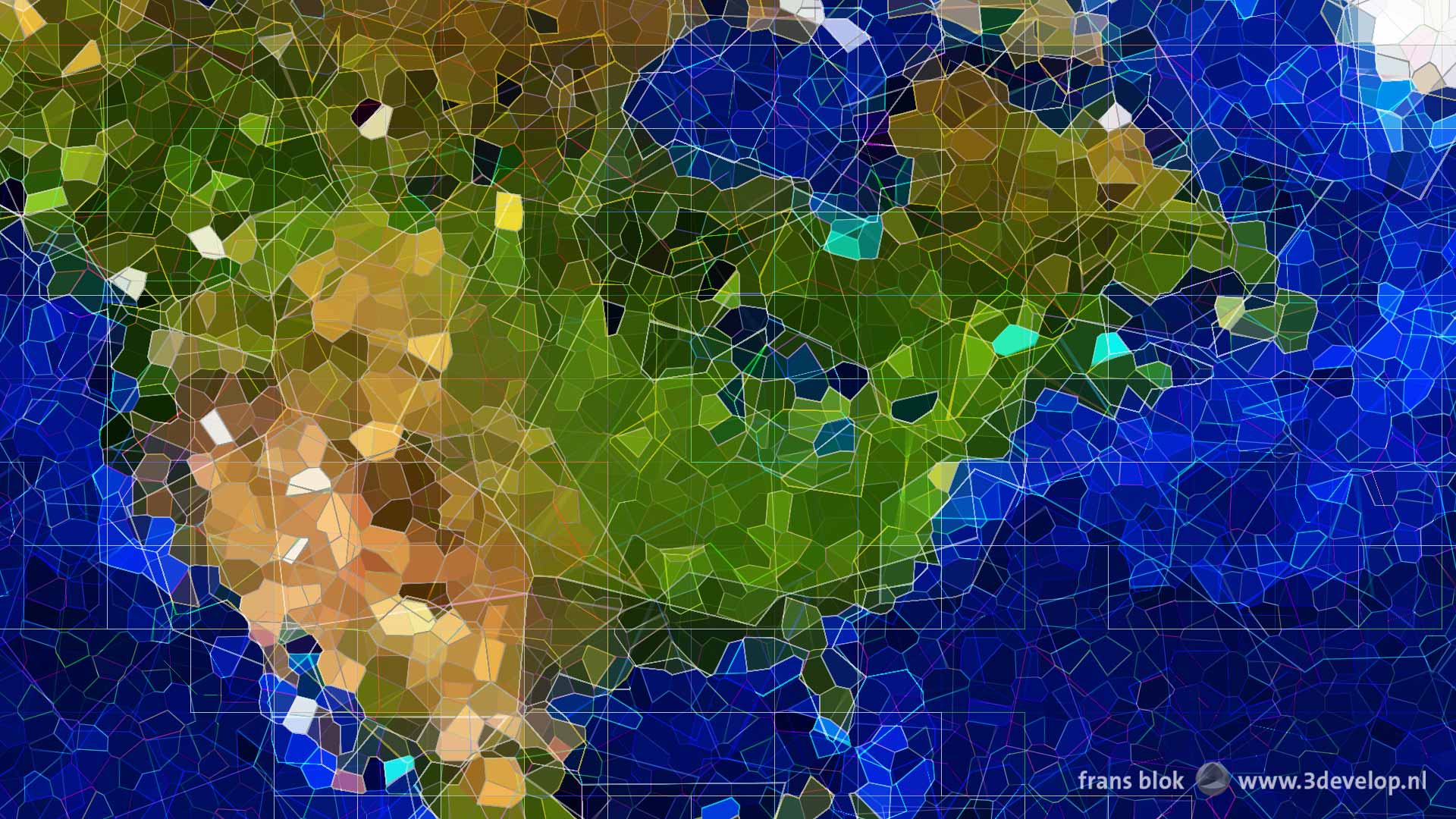