Dudok exhibition in Schiedam: the Bijenkorf triptych and more…

During the weekend of 2 and 3 July I organized an exhibition, together with Jan Sluijter, in the cutest (and probably the smallest) art gallery of Schiedam: the bridge keepers cabin of the Orange Bridge across the New Harbour.

The photo exhibition was dedicated to the architecture of Willem Marinus Dudok. We had a good occasion for that: two hundred meters from the venue is one of Dudok’s creations: the HAV Bank, currently in use as a residential building.

The exhibition was, admittedly, mostly focussed on one building: the old Rotterdam Bijenkorf. We had a lot of material about that one, including of course my Bijenkorf triptych. 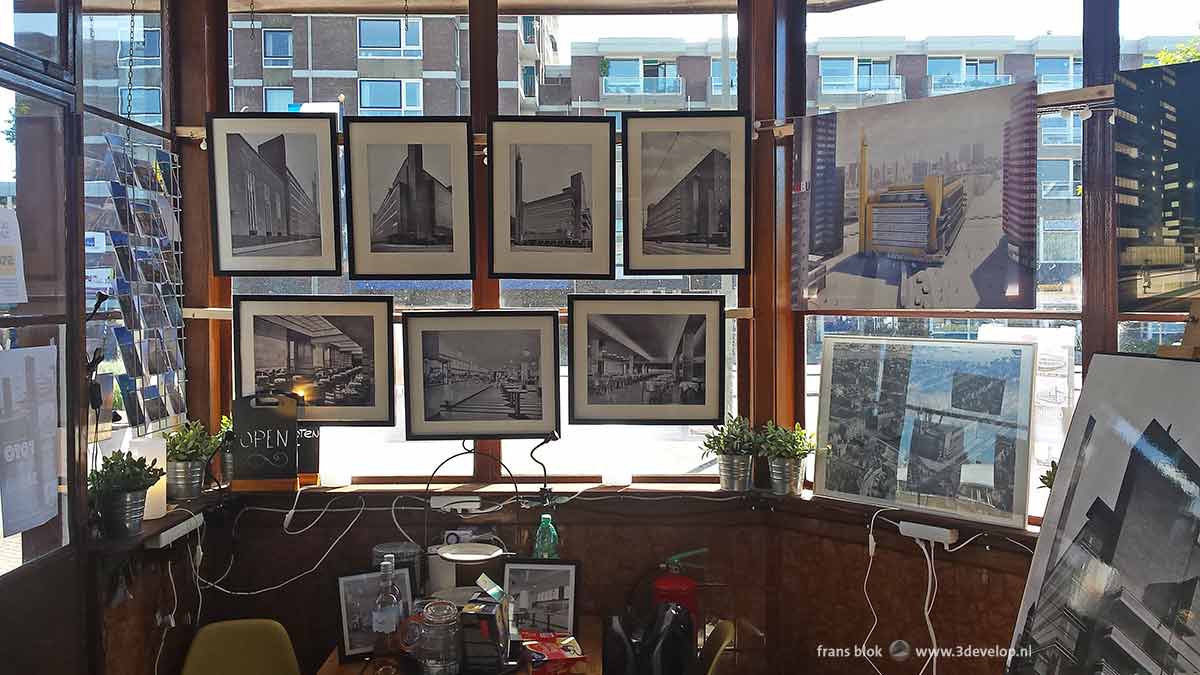 But there is another good reason to make the Bijenkorf the central piece in the exhibition: the HAV bank, the Hilversum town hall and other masterpieces of Dudok are all still there, but the “City of Light”, which briefly graced the Coolsingel, is gone.

It remains a tragic history: the most beautiful building that has been built in the twentieth century in the Netherlands was, after only ten years, heavily damaged by German war vandals and another twenty years later it was finally demolished by Rotterdam’s cultural barbarians. And today at the site where the building has been, there is nothing at all that reminds of that history.

Wonder of the world

We had many visitors, these two days: friends, local residents, passers-by, tourists. Our youngest visitor was three years old, the oldest was 89. And what’s always remarkable: everyone is stunned when he or she hears the story about the old Bijenkorf.

So this weekend encouraged us to continue with our mission: to snatch Rotterdam’s lost wonder of the world away from oblivion. In several ways:

– We will some day organize a larger exhibition because what we showed this weekend was actually only a small selection of our material.

– We also continue our efforts to bring the only remaining piece of the Bijenkorf, the sculpture by Hendrik van den Eijnde, from Woerden back to the Coolsingel.

– And in the longer term, it just has to be rebuilt, this Bijenkorf. In 2030, a century after the opening, would be a nice target date. And if that doesn’t work 2040, one hundred years after the bombing, would do as well. Do not laugh: in the early sixties someone started saying the fortifications of Bourtange had to be rebuilt; it took decades, but it’s happened and everyone loves it. 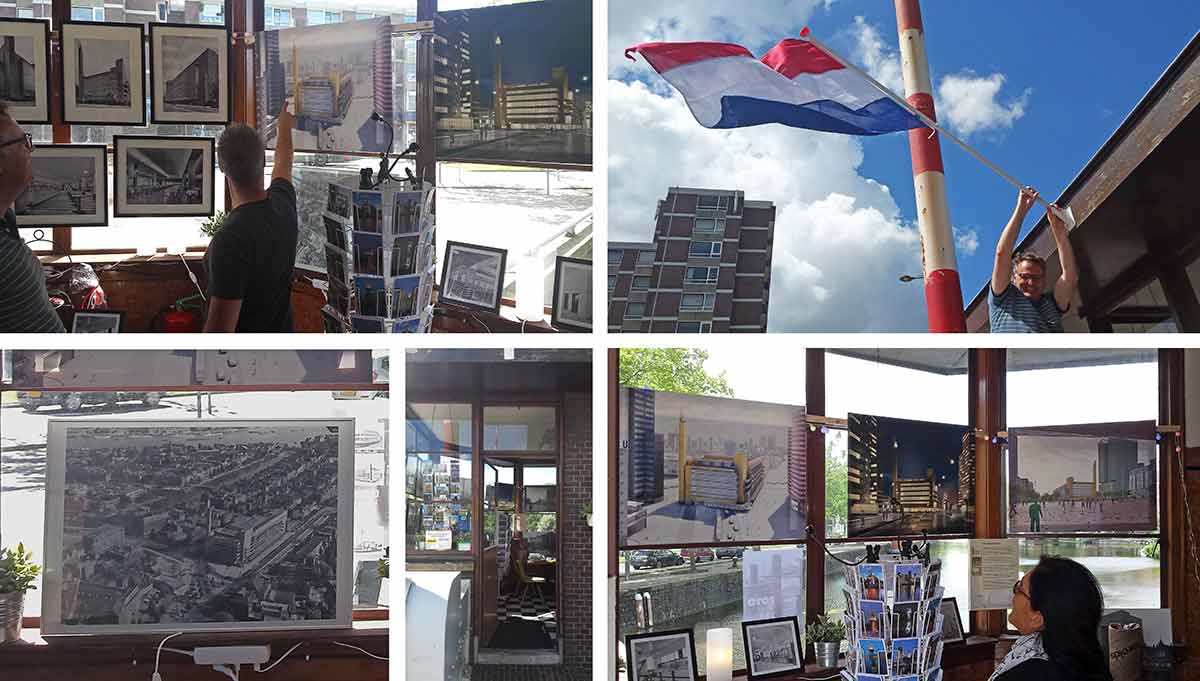 As for the short term, the expo is in hibernation now: the material is arranged in such a way that it is visible through the front door’s window. So if you happen to be in the neighbourhood: don’t hesitate to take a glance inside. And at the end of the summer we’ll probably open again. For more information. keep an eye on this blog or on the Oranjebrug website.

UPDATE: In the Open Monuments Weekend, September 10th and 11th, the Orange Bridge Gallery will be open again. I won’t be there myself, most of the weekend, because I want to photograph as many Open Monuments as possible. But for those who missed the Bijenkorf Triptych and the other Dudok material the last time, this is a new opportunity!

In the meantime, the Bijenkorf triptych can also be viewed in my online gallery at OhmyPrints, which is open 24/7: