Earthrise: Remake as a Digital Mosaic

Earthrise is the name of one of the most iconic images of the twentieth century. The photo of the Earth above the gray landscape of the Moon was made by astronaut Bill Anders during the Apollo 8 mission on December 24, 1968, Christmas Eve.

On the occasion of the 45th anniversary of Earthrise, NASA made this video, which shows in detail how the photograph came about. Fascinating, because it makes you feel like you are there in person.

Apollo 8 was a legendary achievement: the first three people traveling beyond Earth orbit. Their capsule brought them more than 300,000 kilometers into space, to the Moon and back. To boldly go where no one has gone before, indeed. And all this over Christmas. After all, there was a space race going on: to stay ahead of the Russians was more important than to spend the holidays with the family.

The three astronauts did not land on the Moon, Armstrong and Aldrin would later do that six months later. But they certainly made history. Allthough I didn’t realize it at the time. As a boy of six I thought it was the most normal thing in the world that Americans occasionally traveled to the Moon. Only later I grasped how special it was.

A few hours after taking the picture the Apollo 8 crew did a television broadcast which was watched by more people than ever before. But it is particularly because of the Earthrise photo that the mission lives on in memory and that it has had an influence on our worldview that should not be underestimated.

For the first time we saw what we could only try to imagine before that time: the Earth as a wonderful blue, green and white sphere in an infinite black void. A fragile oasis in a hostile desert.

Is it a coincidence that two years later, in 1970, Earthday was celebrated for the first time, that in 1971 Greenpeace was founded, that in 1972 the Club of Rome published their Limits of Growth report, that later in that decade green political parties emerged everywhere? I do not think so. 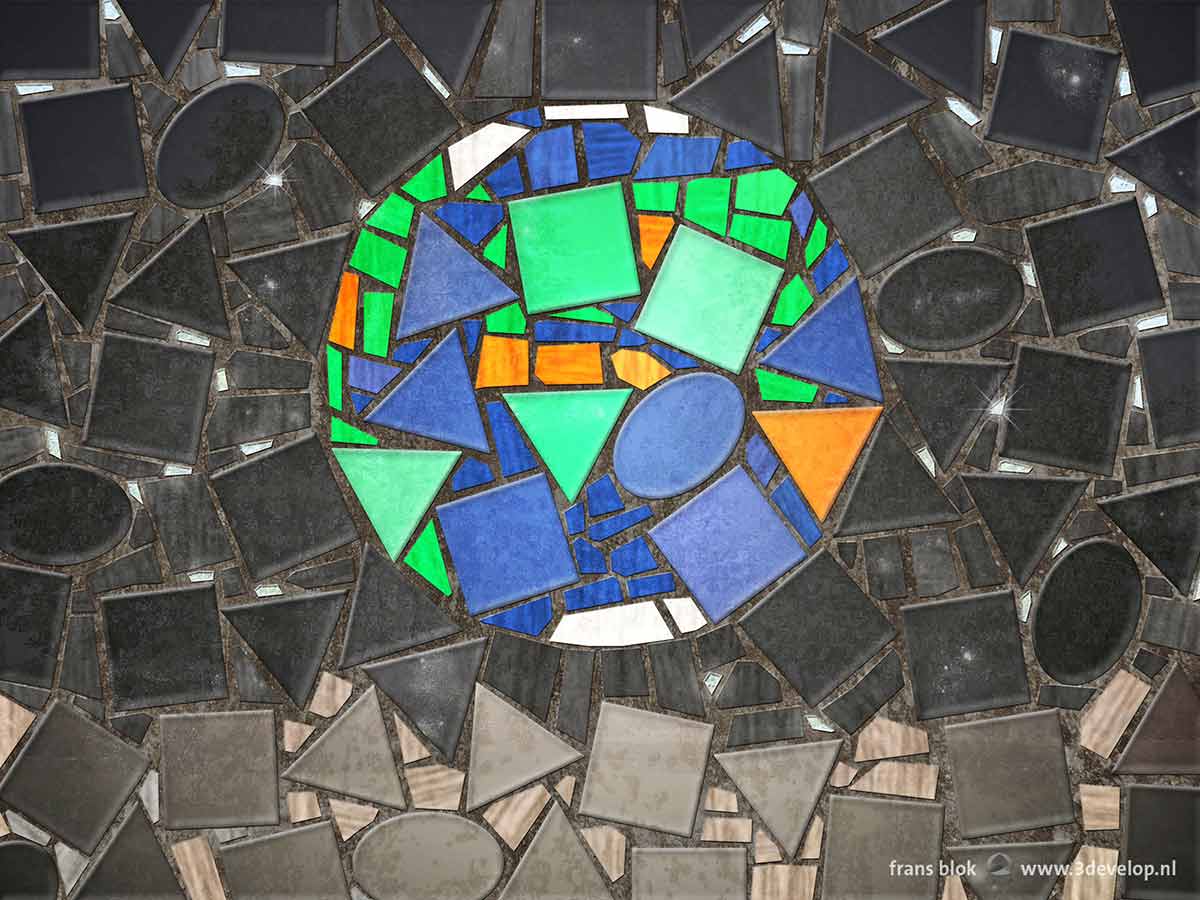 I made the above digital mosaic, a remake of the Earthrise photograph, a few weeks ago. The news was dominated by terrorists, populists and dictators; the silly season had a slow start. I am an optimist by nature and I’ve always felt that we are slowly moving forward as a species. Not automatically, not without a struggle, but still … Now I just started to doubt.

What I had in my mind was a kind of digital graffiti: Make Humanity Great Again. It eventually turned into this remake of Earthrise. Unlike my virtual reliefs this mosaic was made entirely in Photoshop, with a lot of creative use of layer effects. I may write a making-of tutorial sometimes.

It’s good to look at this mosaic, or of course at the original picture, every now and then. That’s something terrorists, populists and dictators should do more often as well. 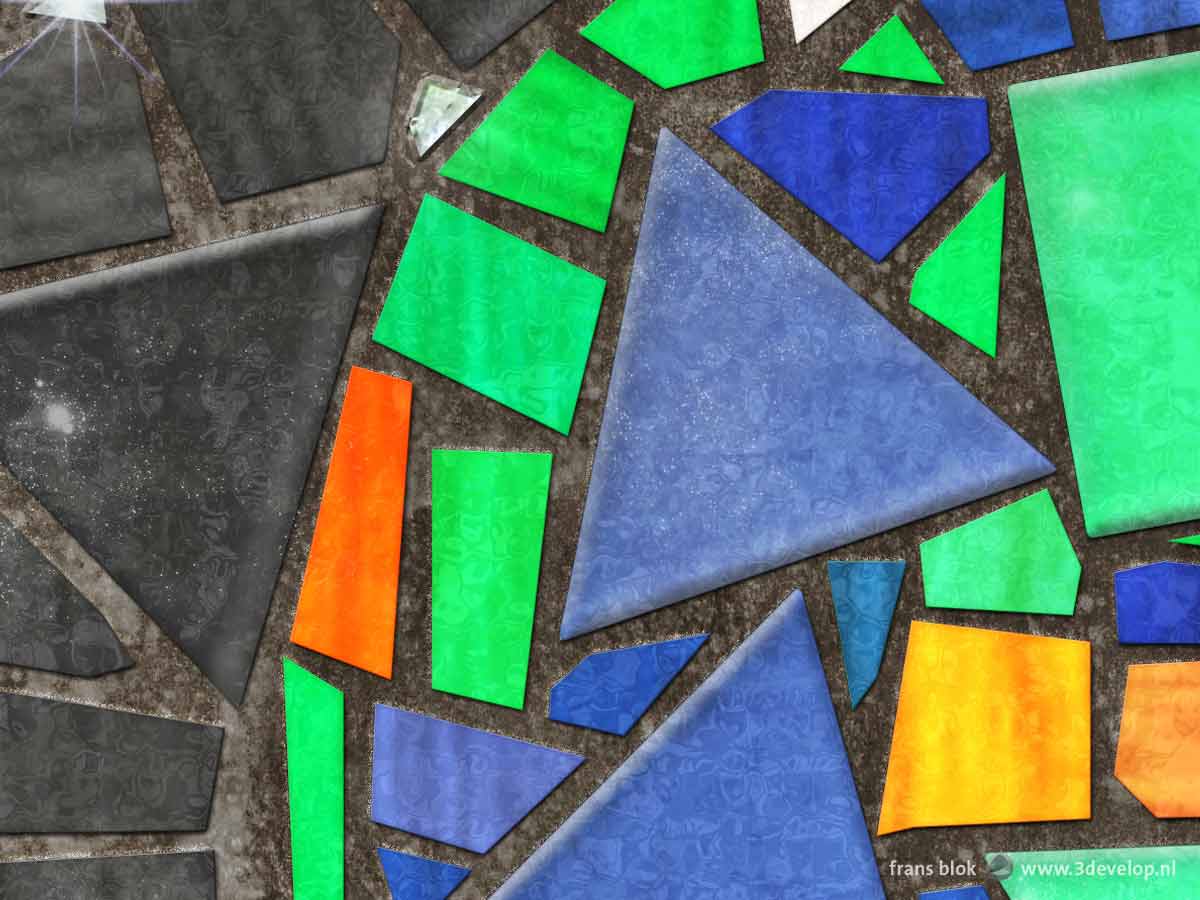 UPDATE:  This mosaic version of Earthrise turned out the be just a preliminary exercise for a bigger project: the Earthrise Stained Glass Window