3Develop is now officially bilingual: the entire website has been translated into English. 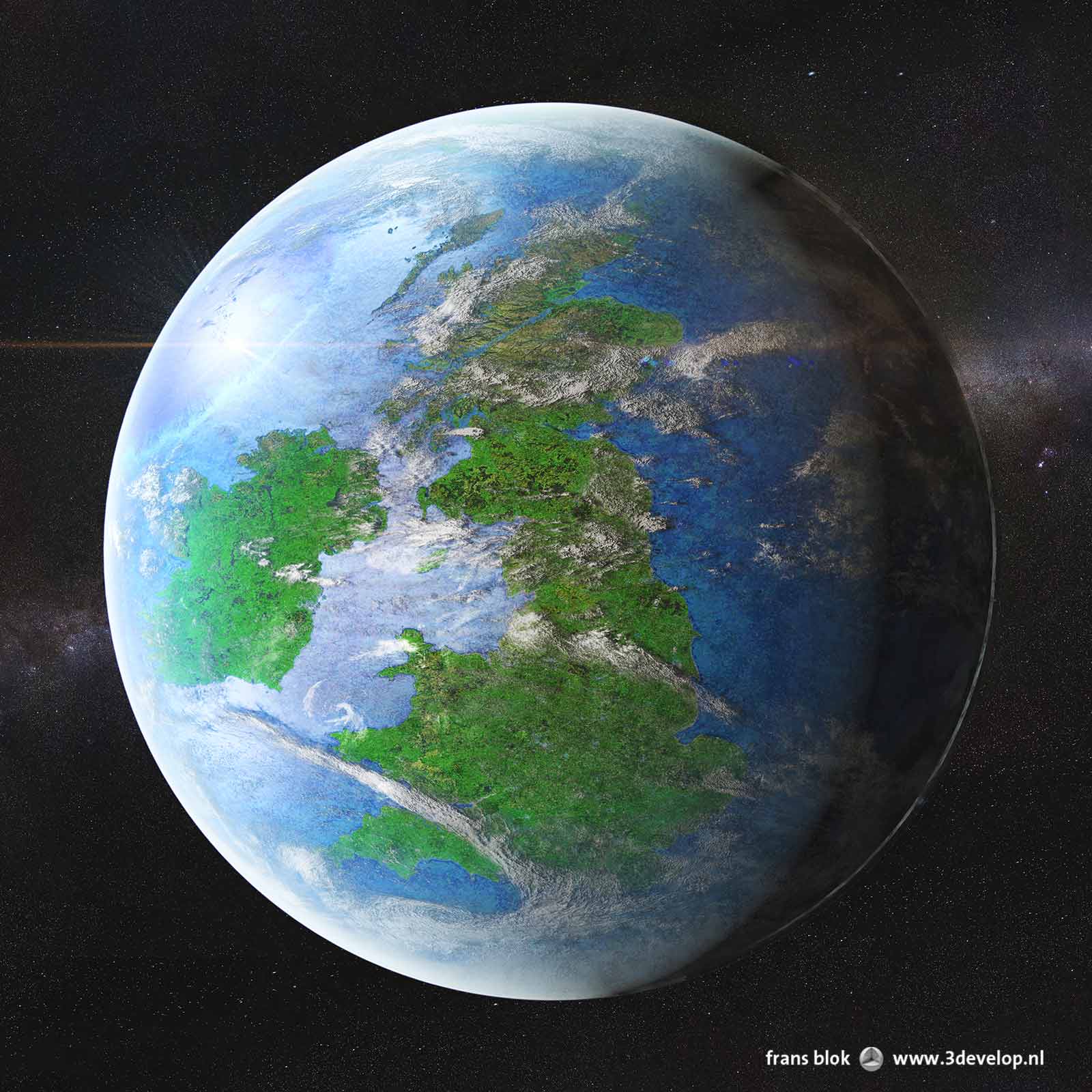 This image, of Britain and Ireland in splendid isolation on their own world, I made early in 2014 to celebrate the fact that my website was now also available in English. When I looked at it again a few days ago, at it occurred to me that there may be Anglophiles and/or Keltophiles who want a print of it to decorate their wall. I therefore rendered a higher resolution, which can be obtained in my online gallery