The Bornsche Maten is a new neighborhood in the municipality of Borne, the Netherlands. In the southern part there’s room for the so-called “Living Wild”-concept: building without restrictive rules, giving the buyer the right to determine the size of the lot and the freedom to choose which style of living suits him or her. There is still room for ten to twenty houses. In a design competition builders and architects were challenged to share their creative approach to living in the 21st century. A jury has reviewed the 39 submissions on originality, comfort, sustainability and innovation; ultimately they selected 18 designs. I am proud to announce that my Green Pyramid is among the 18 chosen plans. 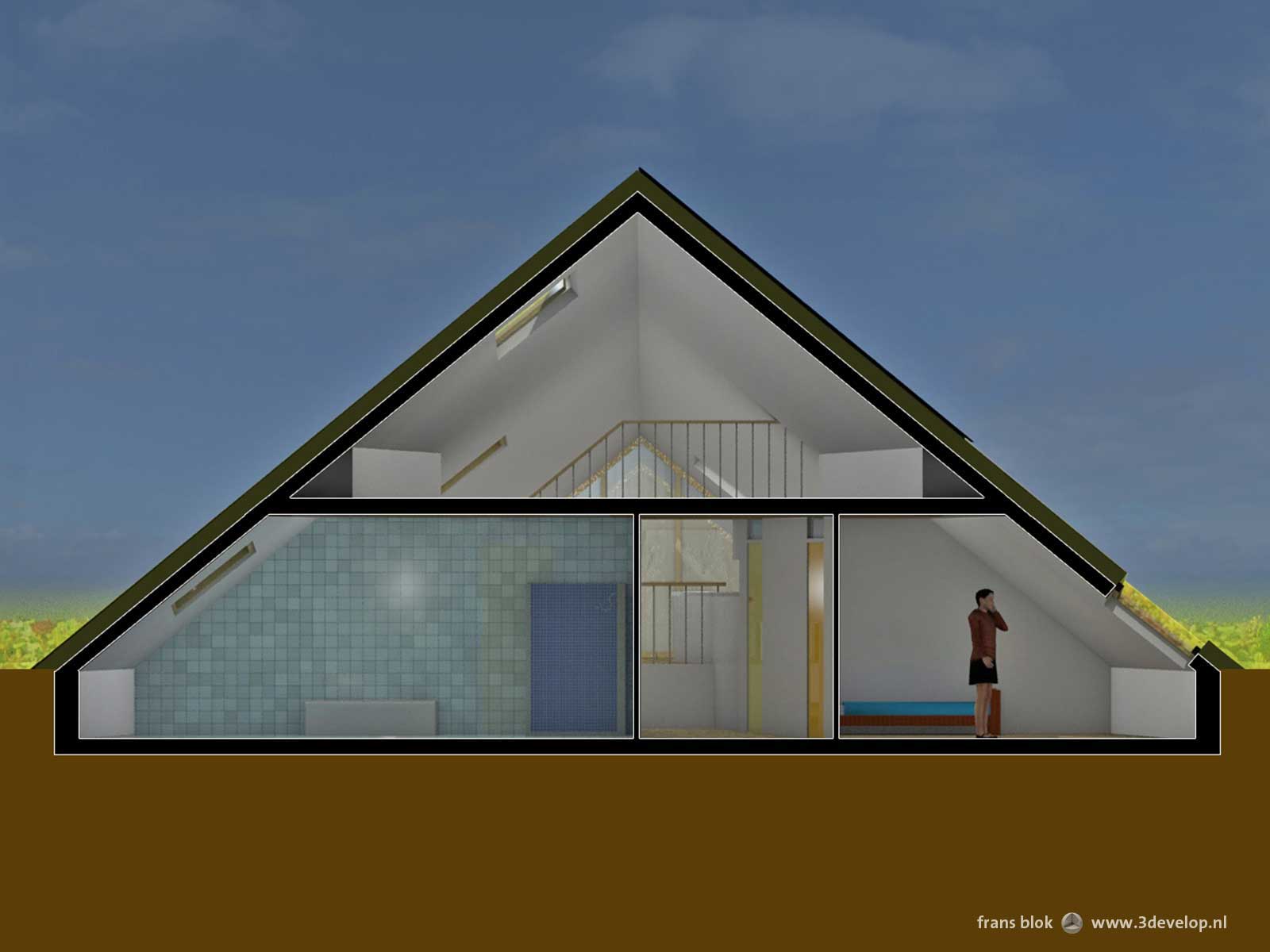 The Green Pyramid is a radically sustainable home that combines the ancient principle of the turf hut with 21st century technology and comfort. The house is partially below ground level; with the soil that’s dug out, the roof is covered. This natural insulation ensures a comfortable temperature in summer and winter, with little or no heating. Placing the living area upstairs and the bedrooms downstairs also contributes significantly to a pleasant temperature distribution in the house. 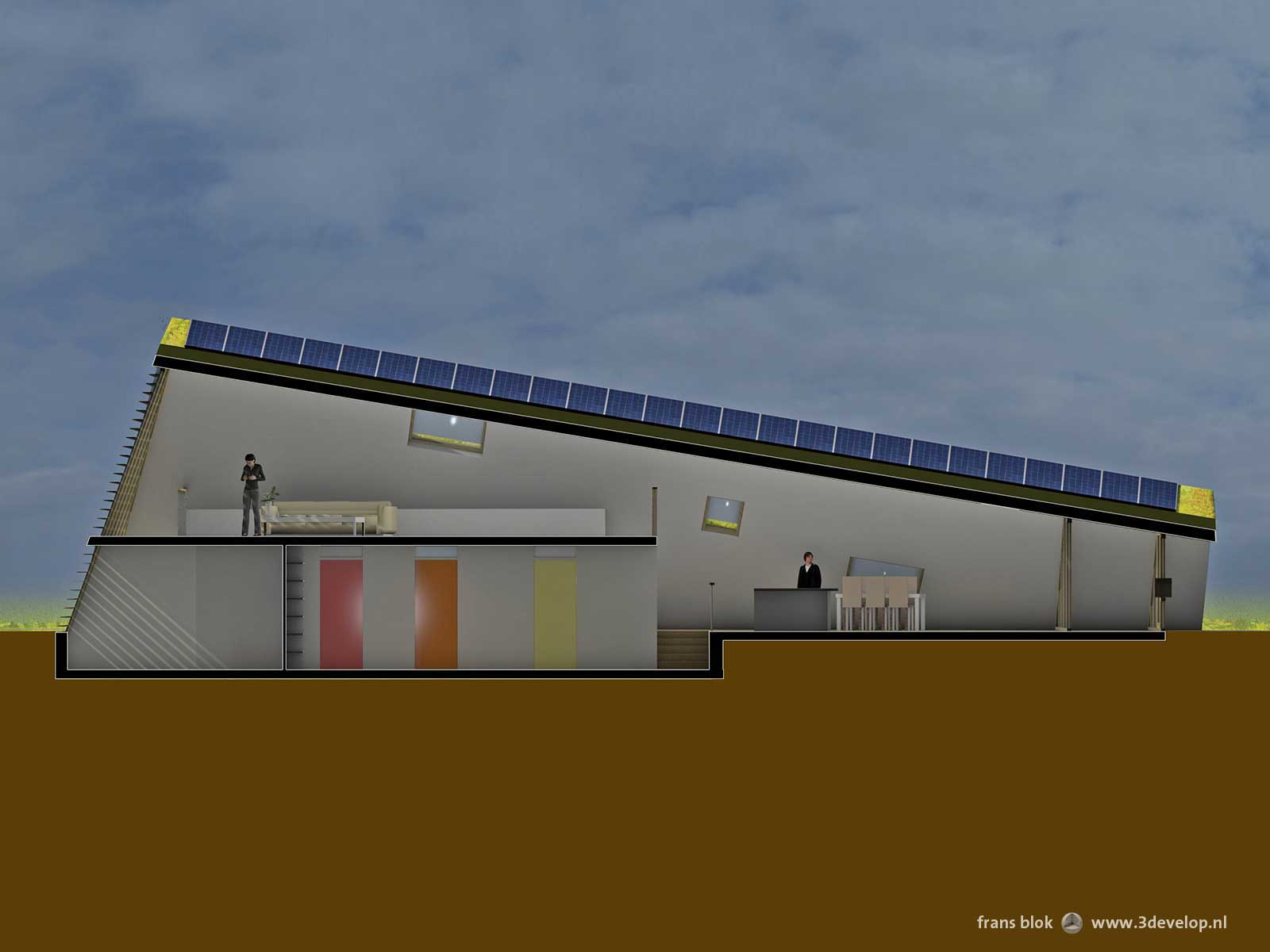 To keep the power consumption low, much attention has been given to daylight, which is coming in through skylights and through a large glass surface with a view of the surrounding garden.

The Green Pyramid does not endanger nature but rather enriches it. Virtually the whole lot is covered with greenery, in different conditions: in the open ground, on a southern slope, on a north slope, under solar panels. This way the house enhances biodiversity. Also, the green roof is able to keep the rainwater much longer, thus preventing peak load of the drainage system. 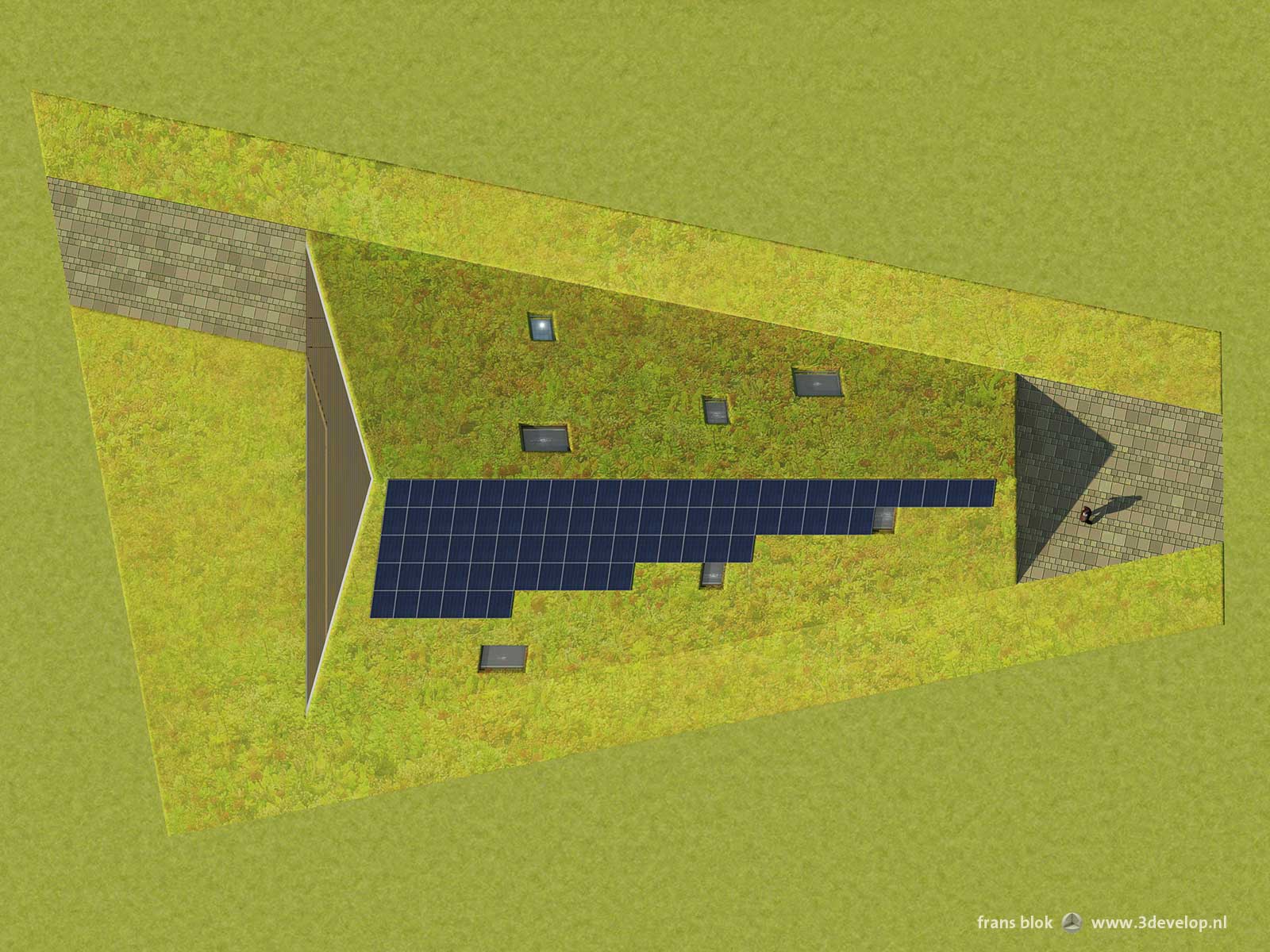 The Green Pyramid is modest in its appearance; from the street the site gives the impression of being one large garden. 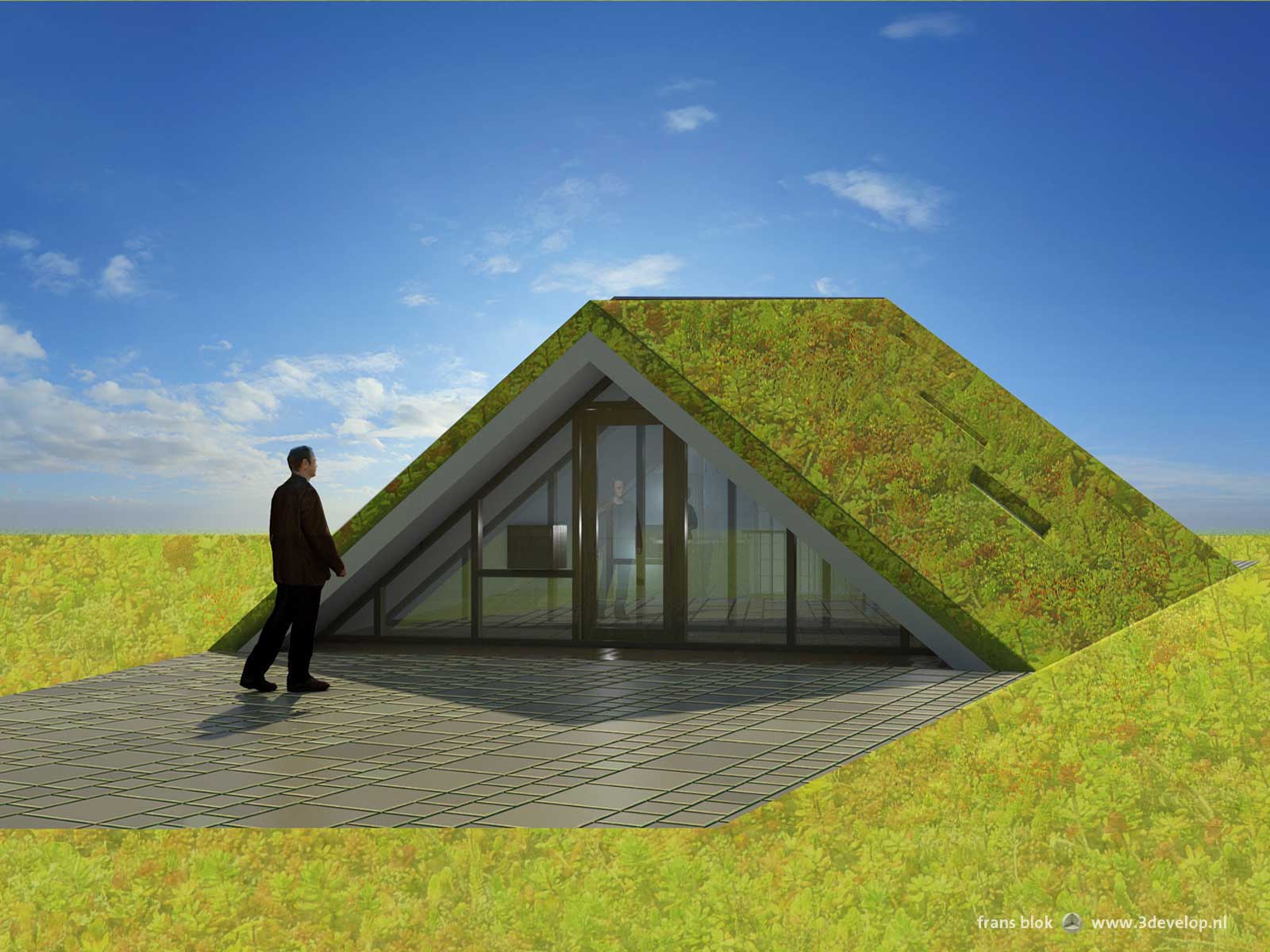 But when entering the house one comes into a unique space which gets wider and higher towards the rear, and which opens to the garden. 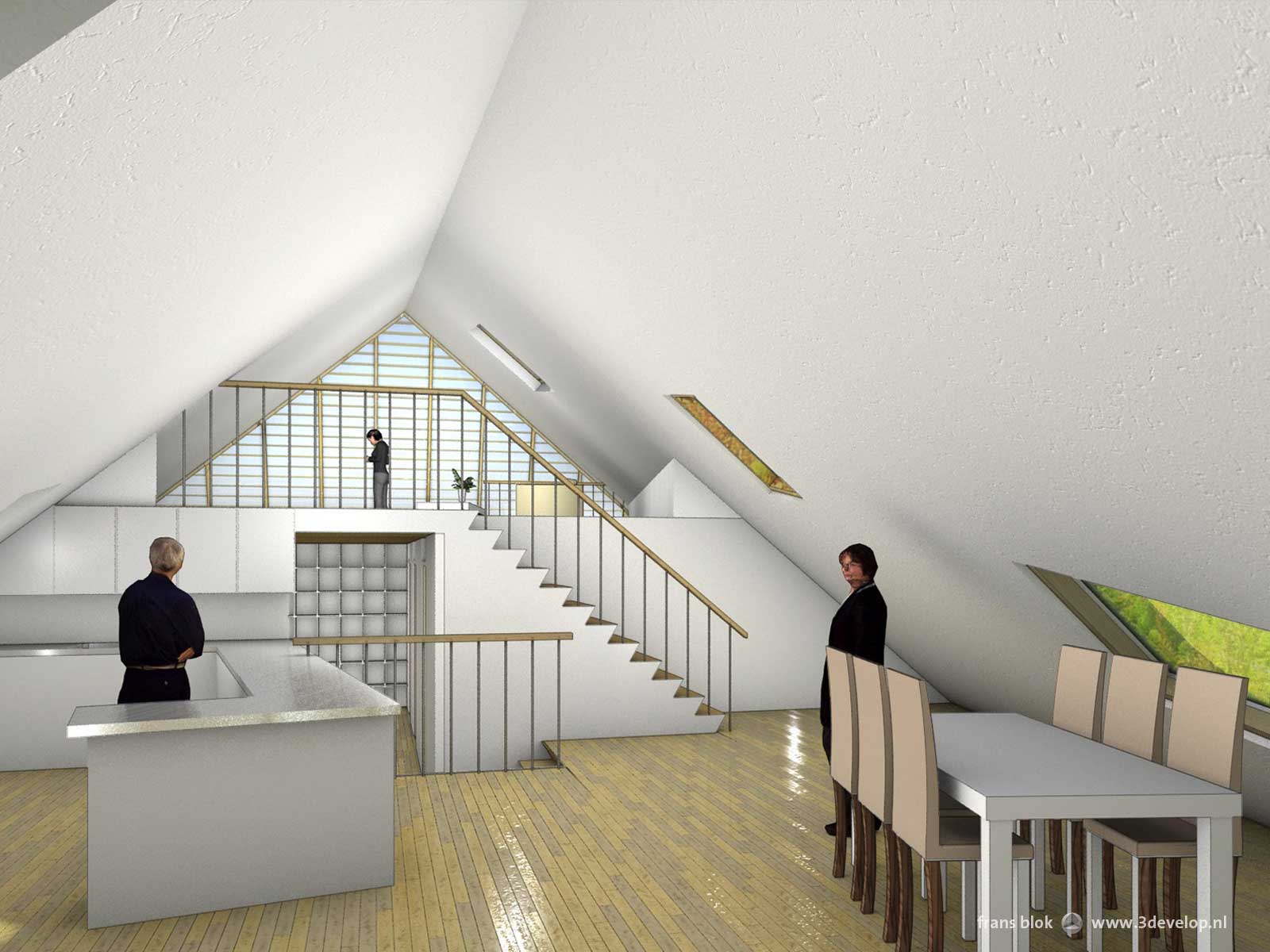 Until late 2014, the municipality of Borne organizes meetings between interested parties and designers through presentations and exhibitions. An overview of the 18 selected plans can be found here. 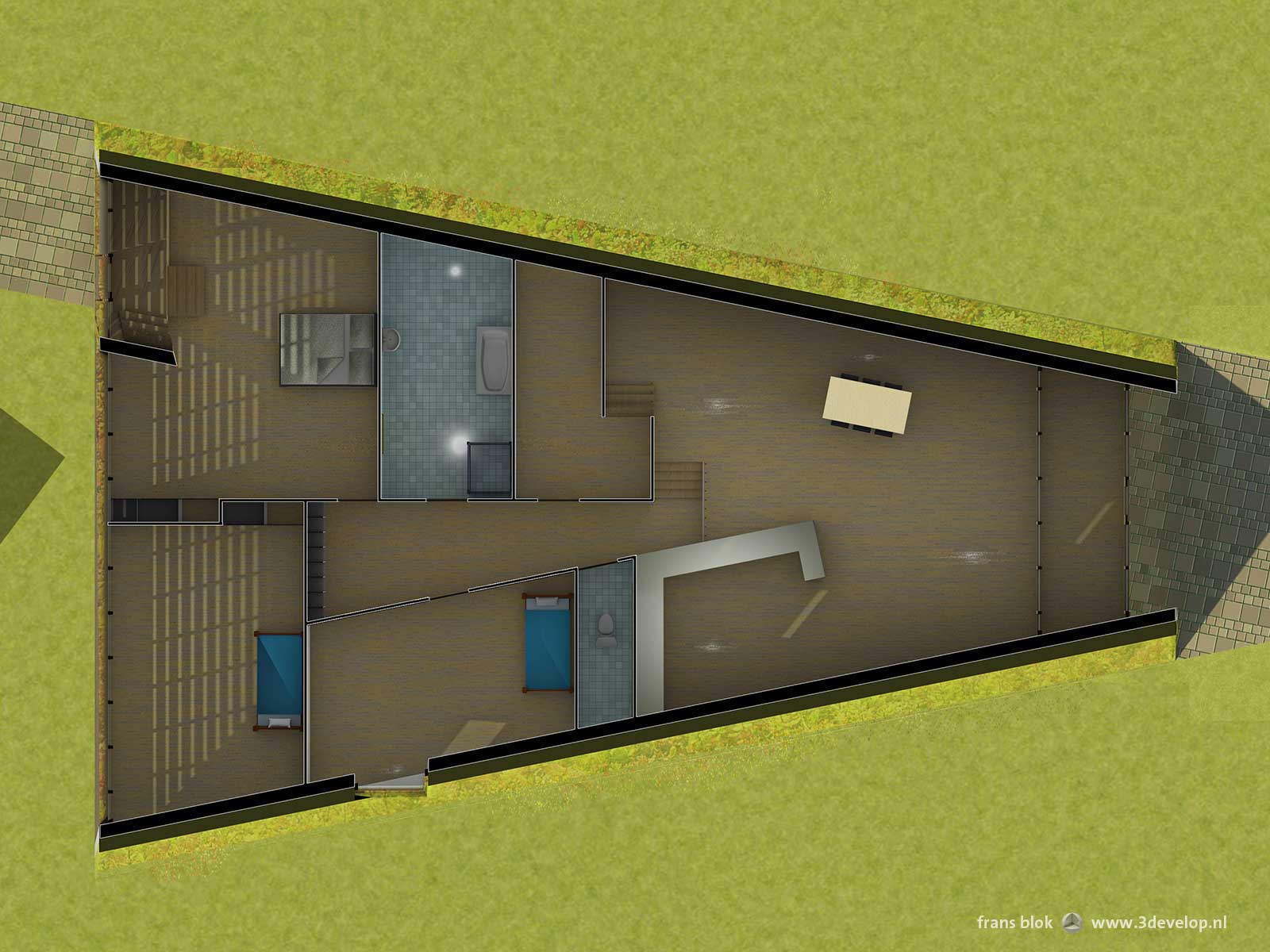