One and a half years ago, I started practicing HDR photography; I wrote  this article about it at the time.

HDR is an acronym for High Dynamic Range. In other words, it’s all about pictures in which details remain visible in both dark and bright areas. With “normal” photos that’s oftenhard to achieve because you’ll either get a good foreground against a completely bleached sky, or a beautiful sky with a dark silhouette in the foreground. That can be pretty as well, but for those who’d like to have everything lighted well, HDR was invented

The principle is simple: you take three photos, one overexposed, one underexposed and one just right. And you use a special program to merge them together into a balanced pictures.

Of the three photos above of the Korenbeurs in Schiedam, the left is underexposed which suits the interior lighting, and shows some details inside the building; however, the boat at the quay is one big black stain. On the overexposed photo on the right the boat is clearly visible, but nothing remains of that beautiful light inside. The picture is the middle is a compromise between the two that is not perfect either.

For a long time, I made my HDR photos with the option Merge to HDR Pro in Adobe Photoshop. That was partly because it didn’t cost me anything; I’ve already paid for Photoshop. But I was also quite pleased with the opportunities that Adobe’s flagship offers in this field.

Nevertheless, it doesn’t always work perfectly in Photoshop. Especially on photos with branches and foliage against a light air, things tend to go wrong.

So I started experimenting with Photomatix Pro, software developed specifically for HDR photography.

Photomatix is made by HDRsoft; a license costs 70 euros. That investment is, in my opinion, well worth it. Below is a screenshot: 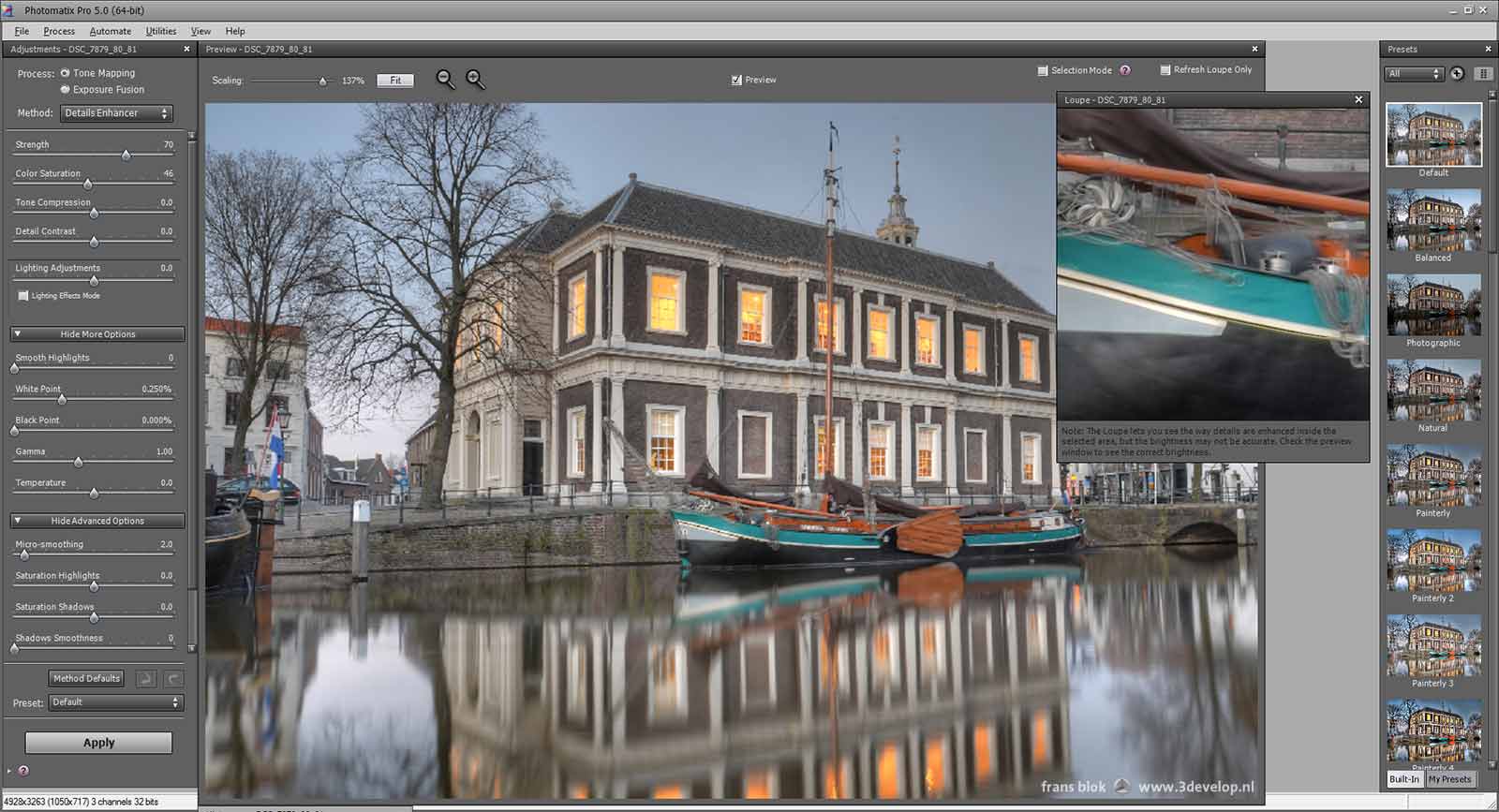 The large number of buttons and sliders in the program is at first sight a bit intimidating. Fortunately, there are some presets and you can save your own as well. Some presets like surreal and painterly are quite, well, surreal and picturesque. Personally, I’m more into the realistic variants; I usually use a slightly attenuated version of the vibrant preset.

Photomatix also removes noise and chromatic aberrations. The removal of “ghosts” (which often occur when there are moving elements like leaves or water in the picture) also usually works well and if it doesn’t you have the option to do it manually.

But the best thing about Photomatix is the automation. In Photoshop I have to manually select three photos in order to merge them . If you frequently make a lot of HDR photos, like I do, that becomes a bit cumbersome in long run.

With the option batch bracketed photos in Photomatix givecan select a folder of photo’s to merge in groups of three (or more). Then you can go making coffee and when you come back fifteen minutes later there is a subfolder full of beautiful pictures. Like this one, for example: 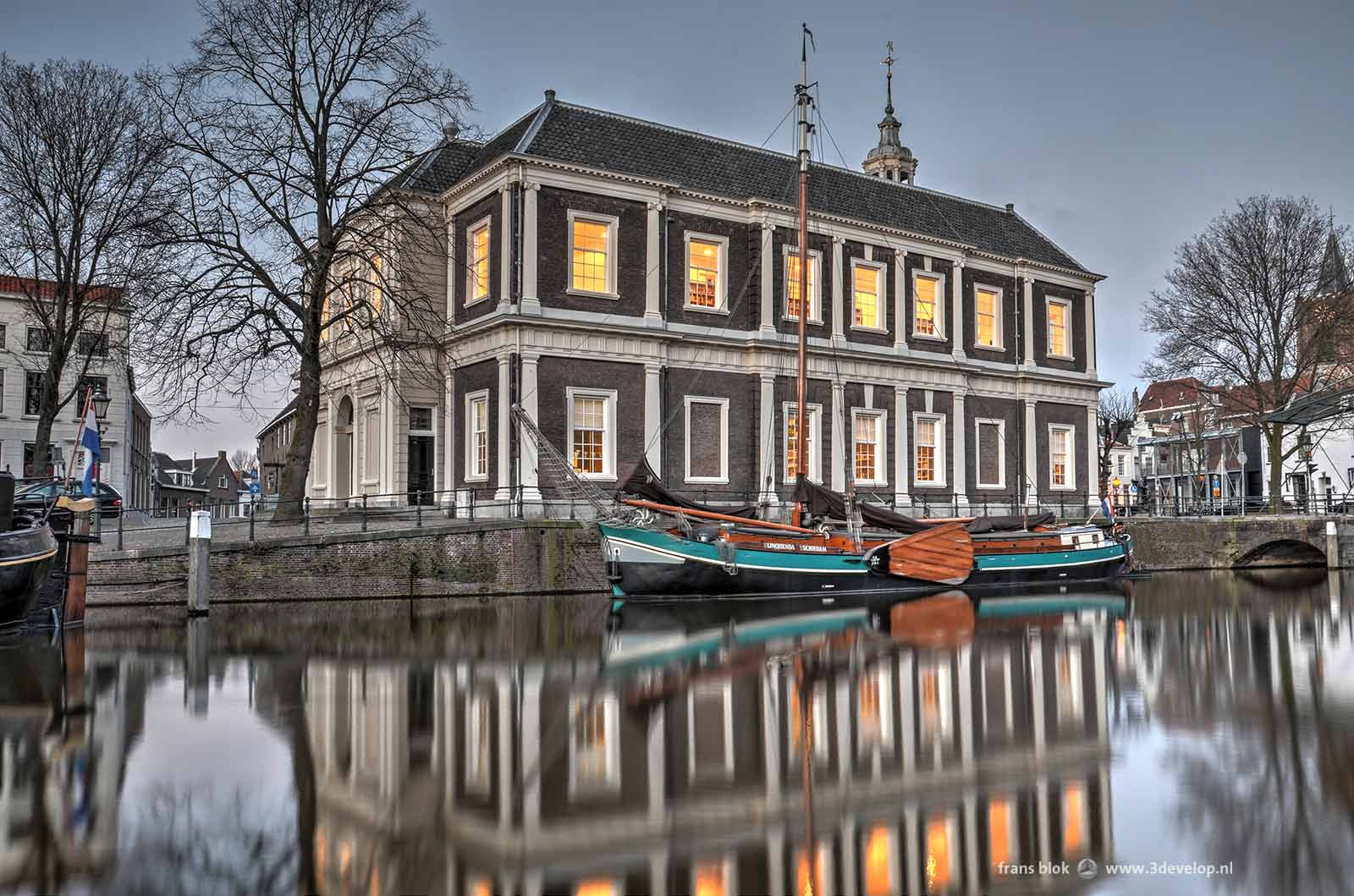 The final result is shown below. A beautiful tranquil image of an old Dutch canal town with a historic boat as well as view into the interior: 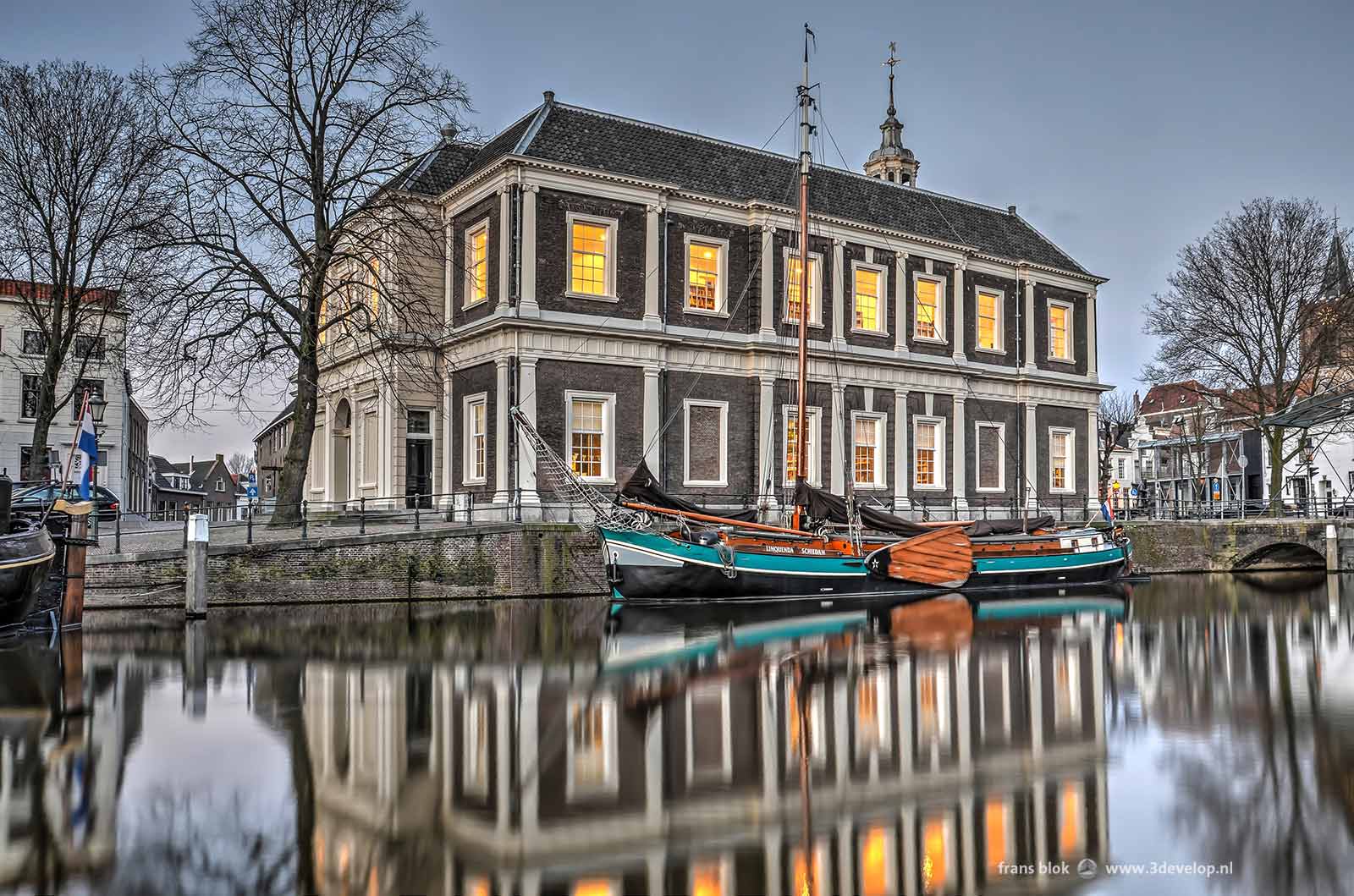