Hiking around the Eastern Scheldt

It took us five and a half years, but on the 3rd of April we finally completed the Eastern Scheldt Trail. In nine stages of 15 to 20 kilometers I walked the long-distance hiking trail around this National Park, together with friends Arie, Bart and Maarten. And though the walks were often planned months in advance and took place in different seasons, we had the same gorgeous weather every time. I only know the Eastern Scheldt as a mirrorlike smooth sunlit stretch of water.

Learning all the time

It is interesting to see the development of my photography in those five and a half years. When we started I had a simple snip snap camera and I had never heard of HDR . In the meantime I bought my beloved Nikon D5100 and also in terms of composition, technical aspects and post-production I have learned a few things in those years. That does not mean that the older photos no longer have any value; I just would not put them in my webshop.

From the starting point at the ferry house near Sintmaartensdijk, you can see the endpoint, Yerseke, just across the water. It has taken some time and effort to get there, but it was worth it.
Tholen attracts fewer visitors than most other Zealand islands, but you don’t get it more Zealandish than this: sleepy villages, heavy clay, creeks, reeds, dikes and country roads. 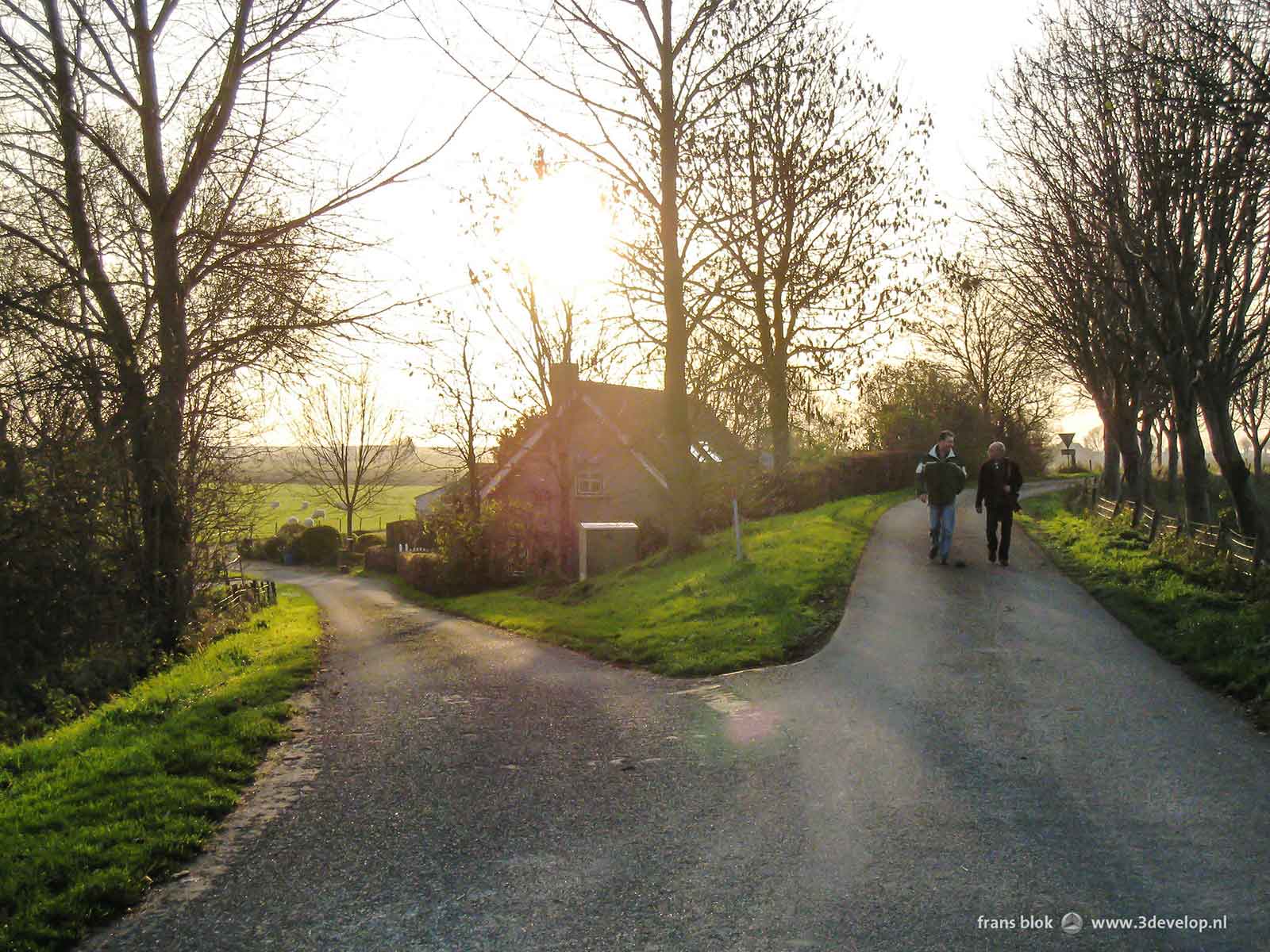 This is not an island, in contrast to the rest of the itinerary. But it’s an extremely empty and almost deserted area, which certainly counts as a quality. 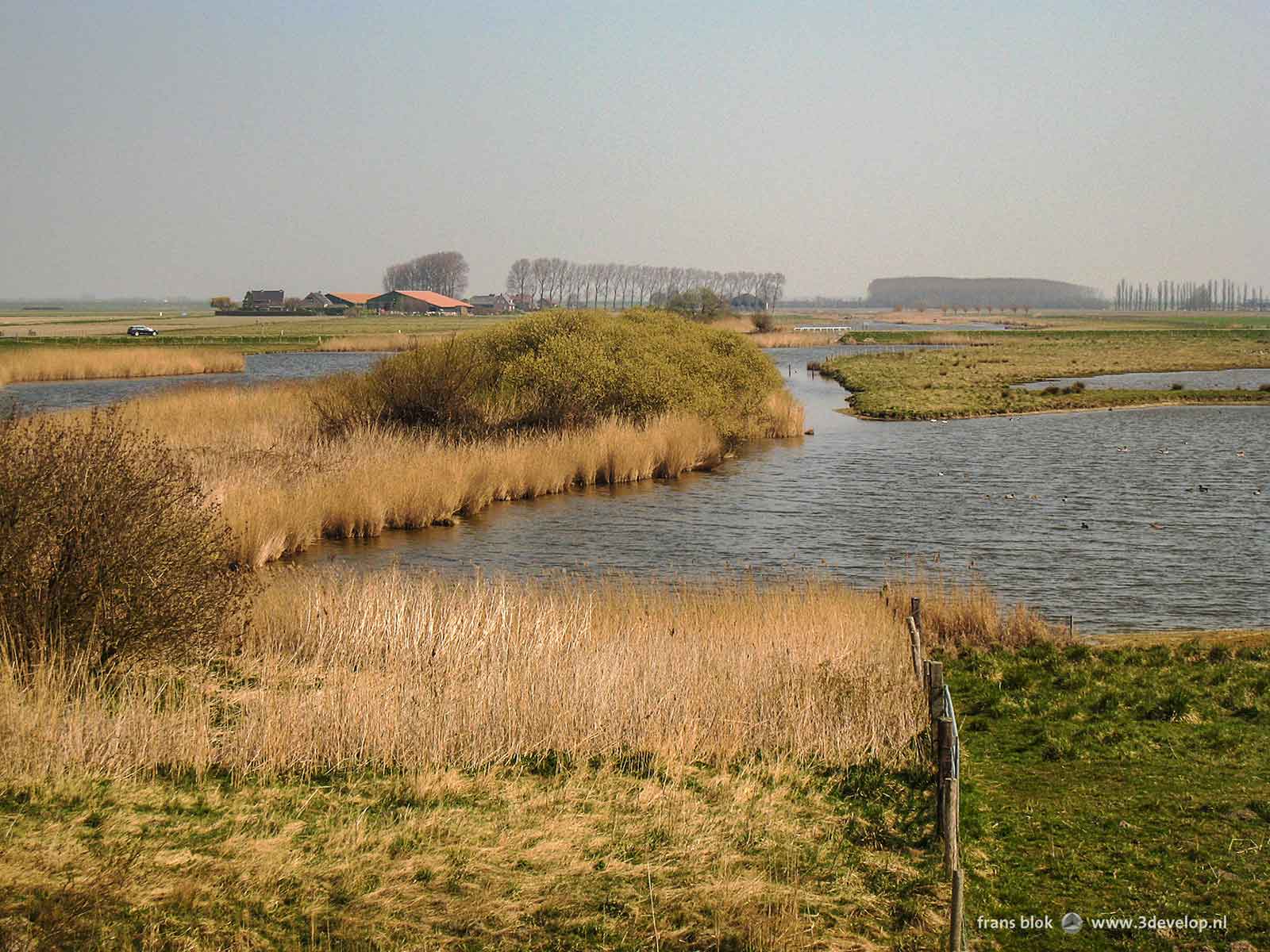 First we take a little trip on the legendary ferry between Anna Jacobapolder and Zijpe. Then it goes along the dike on the southeast coast of Schouwen, with polders on the right and the Eastern Scheldt with its sandbanks on the left. On the horizon the tower of Zierikzee is beckoning, a nice town to eat the traditional simple but nutritious meal. 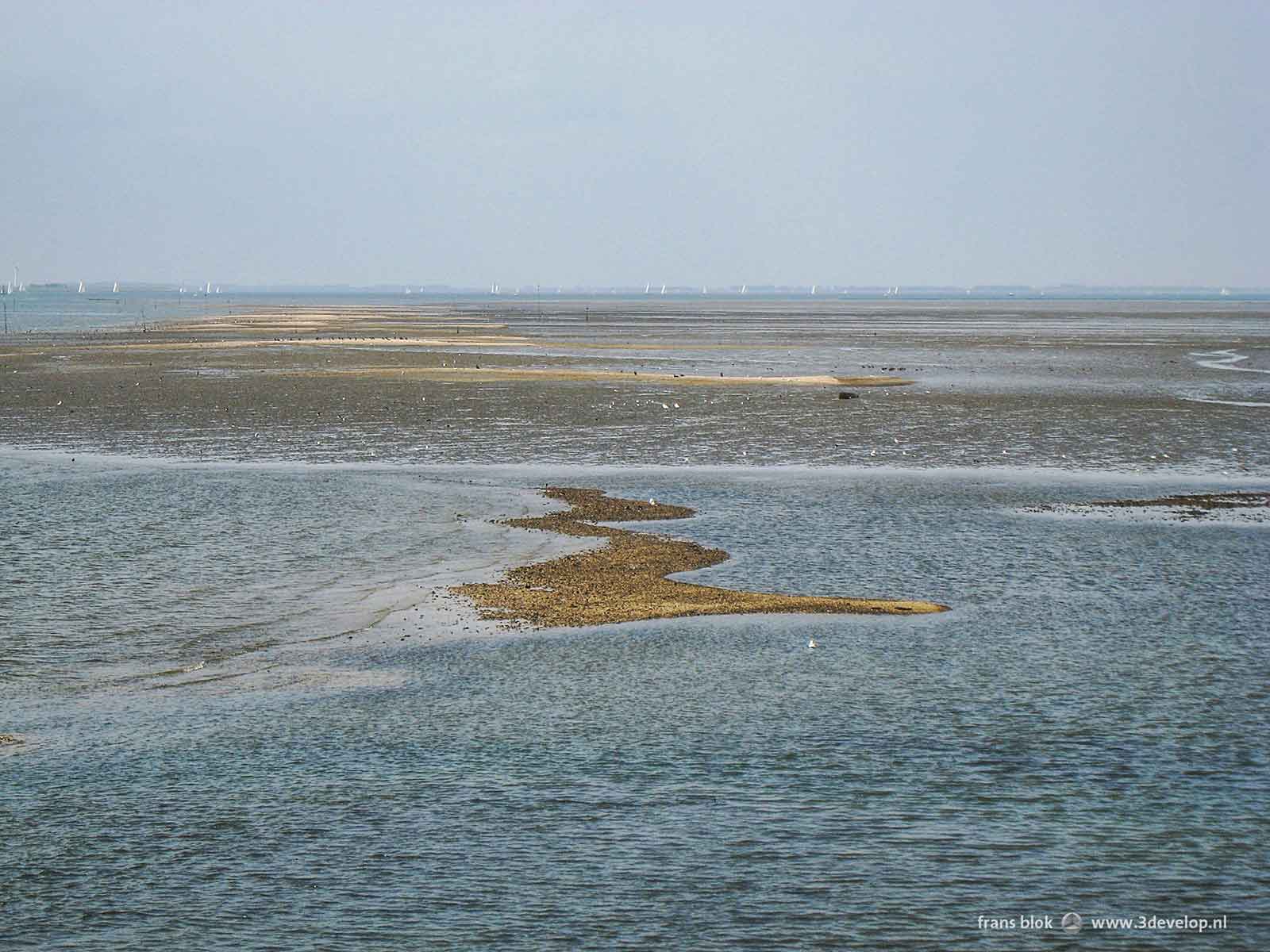 From Zierikzee the path follows the Eastern Scheldt Dike for quite a while, then it goes a little further inland, along lakes, wetlands and other newly created ecosystems. This provides some nearly abstract paintings for the photo album. 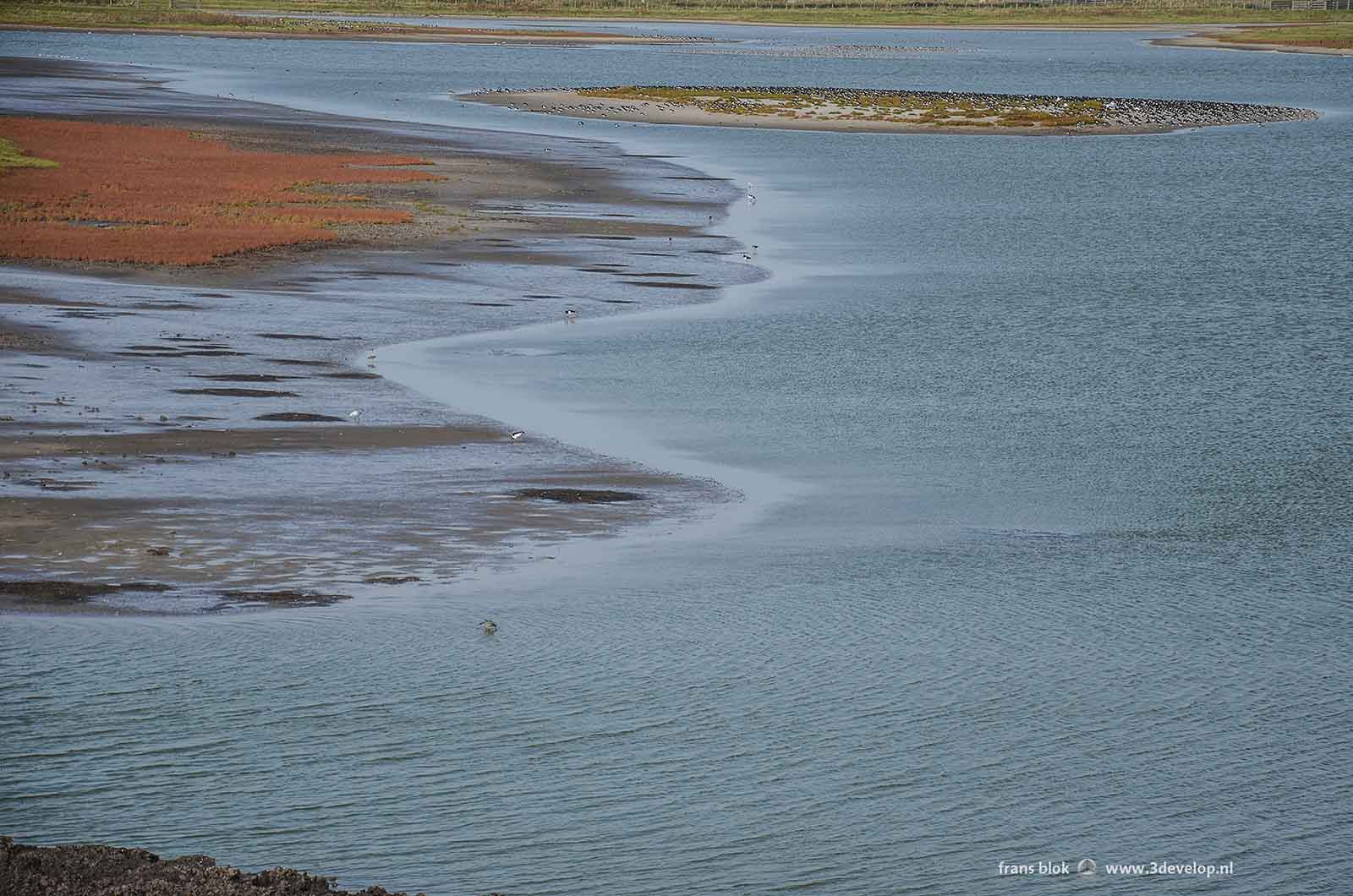 Theoretically, this does not sound like the nicest part of the route: ten kilometers along the highway on the Eastern Scheldt barrier. But the opposite is true: pedestrians and cyclists get a lot of space. And the sheer scale of the waterworks is impressive. Moreover, halfway through the hike the route meanders in a surprising way across the artificial island Neeltje Jans. 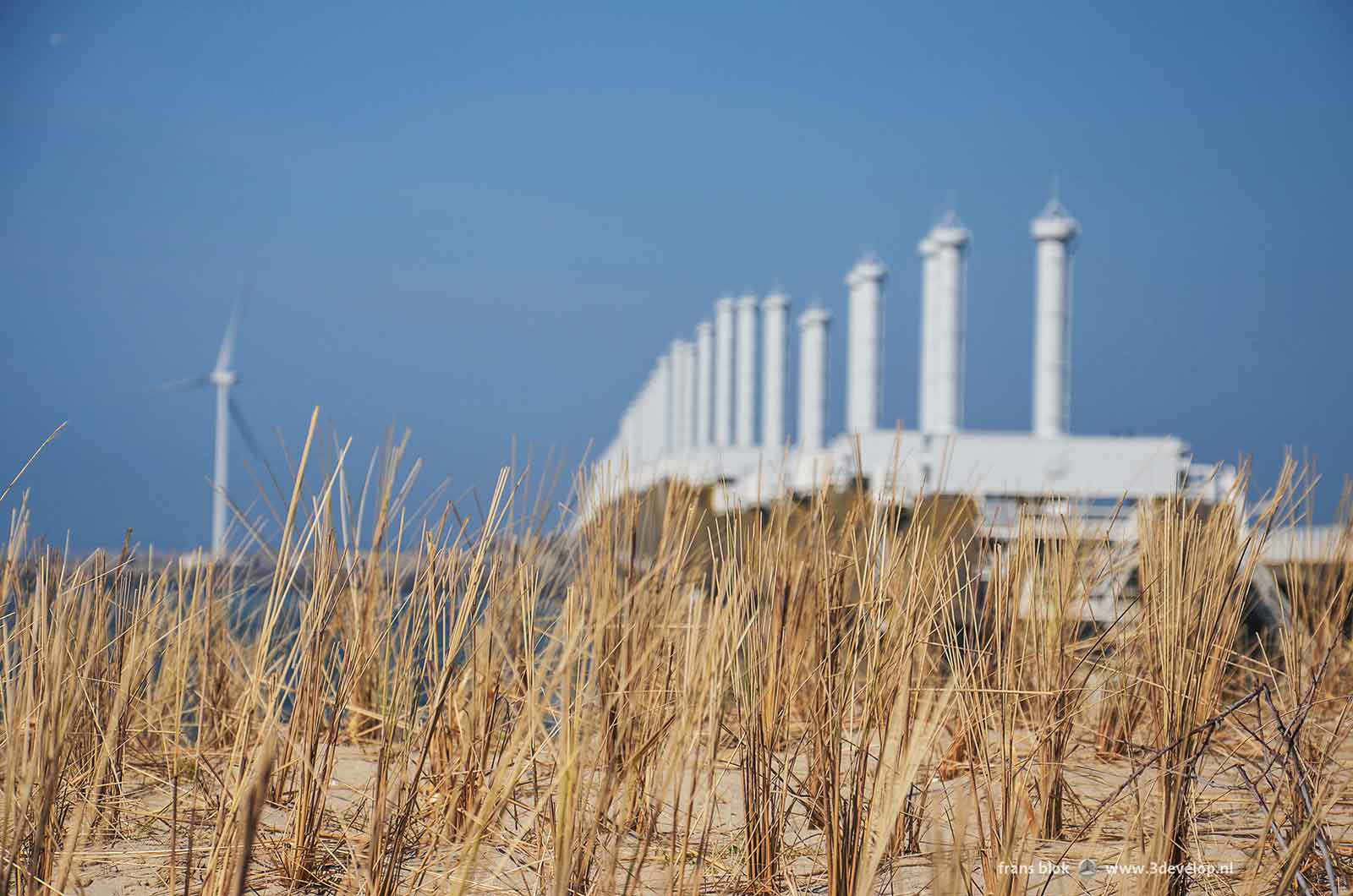 We walk the pathway on the northern coast of North-Beveland in spectacular weather circumstances. Slowly dissolving mist, almost complete absence of wind and strong thunder clouds over the northern horizon create an unreal, almost otherworldly atmosphere. 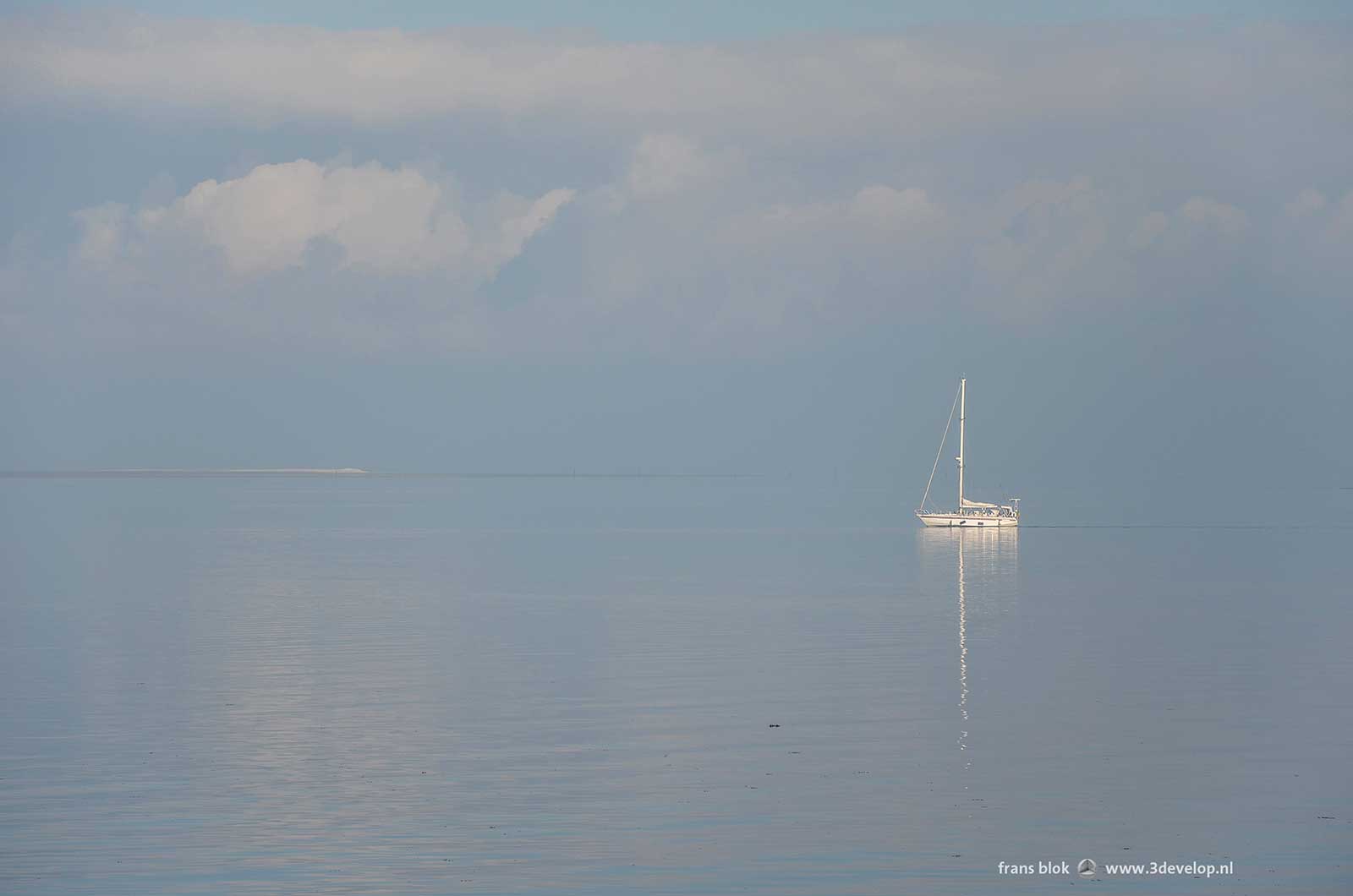 Here the route takes us considerably inland, along the village of Wolphaartsdijk. We don’t see much of the Eastern Scheldt this day, but we do see the sweeping landscapes that Zealand is famous for, with farmland, fields, ditches and lines of trees. At the end of the day we enter the town of Goes along its very picturesque harbor. 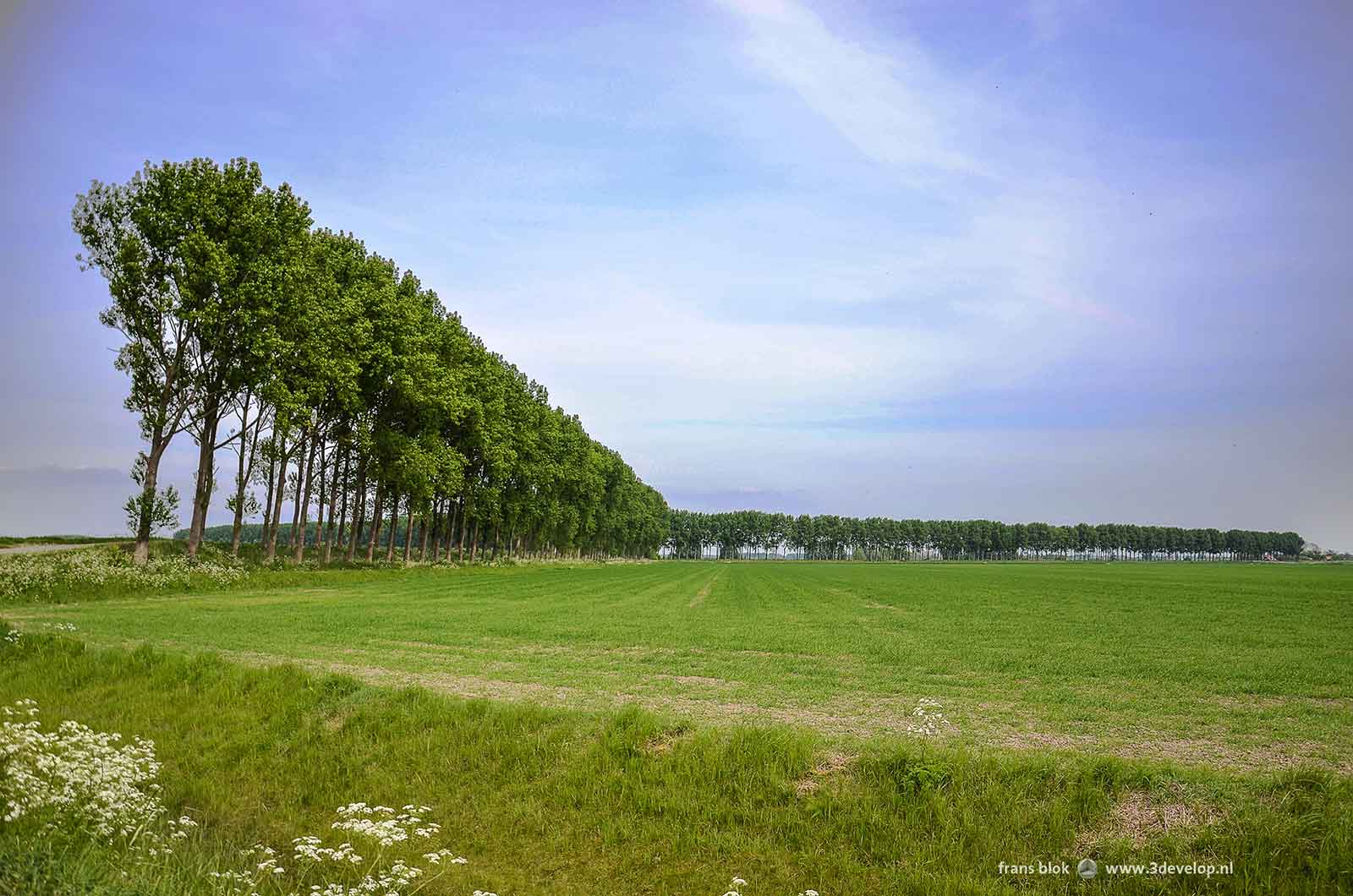 From Goes the route leads us along the harbour canal and Wilhelminadorp to Goese Sas. Then we walk on the dike along the Eastern Scheldt to the beautiful orchards around the village of Kattendijke, and finally, after another stretch of the dike, we end in yet another pretty village among the orchards: Wemeldinge. 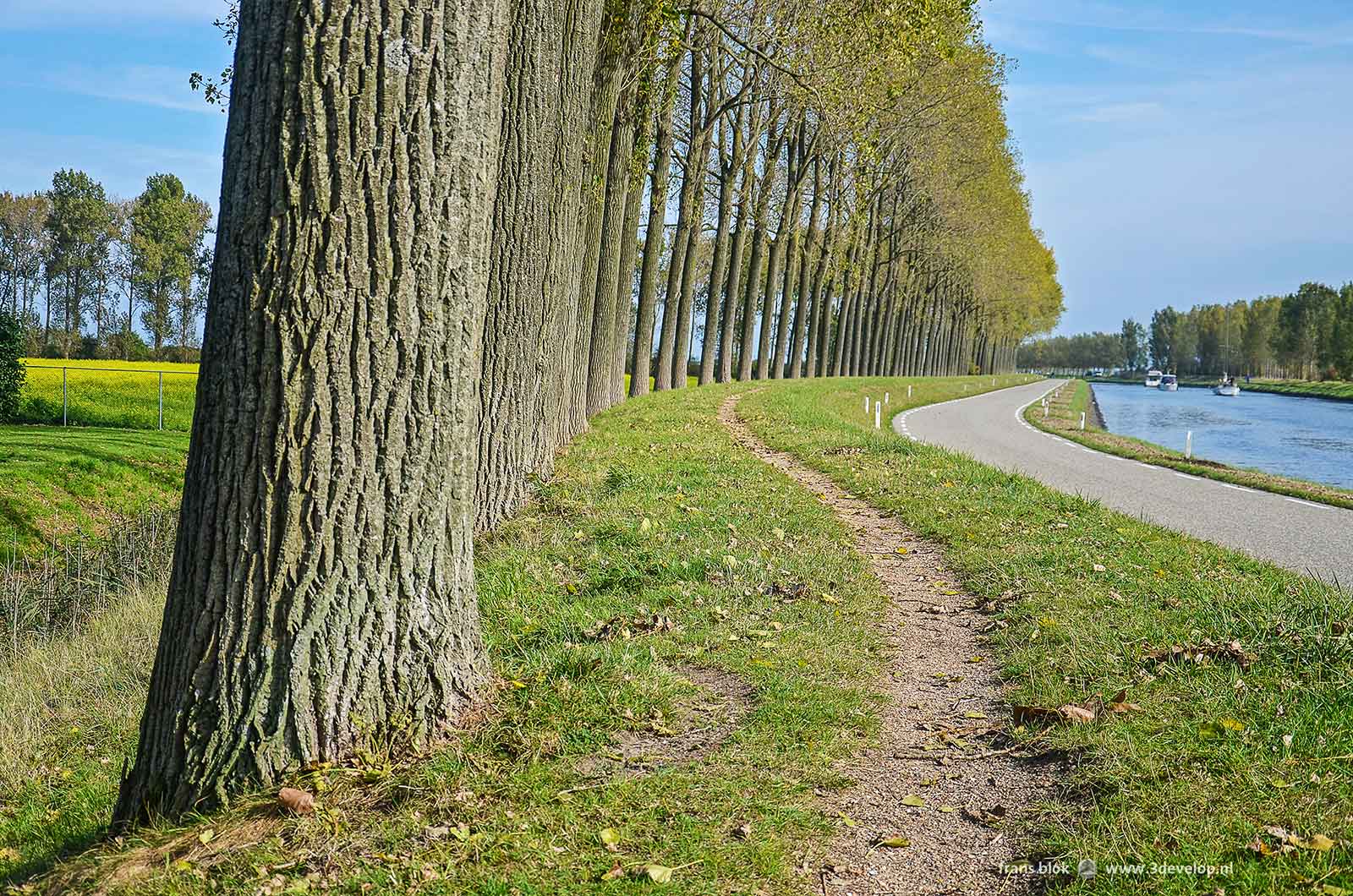 Maybe the best, and at least one of the most diverse parts of the trail. First, from the harbor of Wemeldinge, there’s another few kilometres through the orchards. Then there’s a climb to the bridge over the canal through South Beveland. Afterwards we walk through an ancient small scale polder landscape to Yerseke, with its fishing port and mussel beds. Somehow, it reminds me of Iceland, perhaps because of the temperature, which reaches Icelandic summer values in early April. 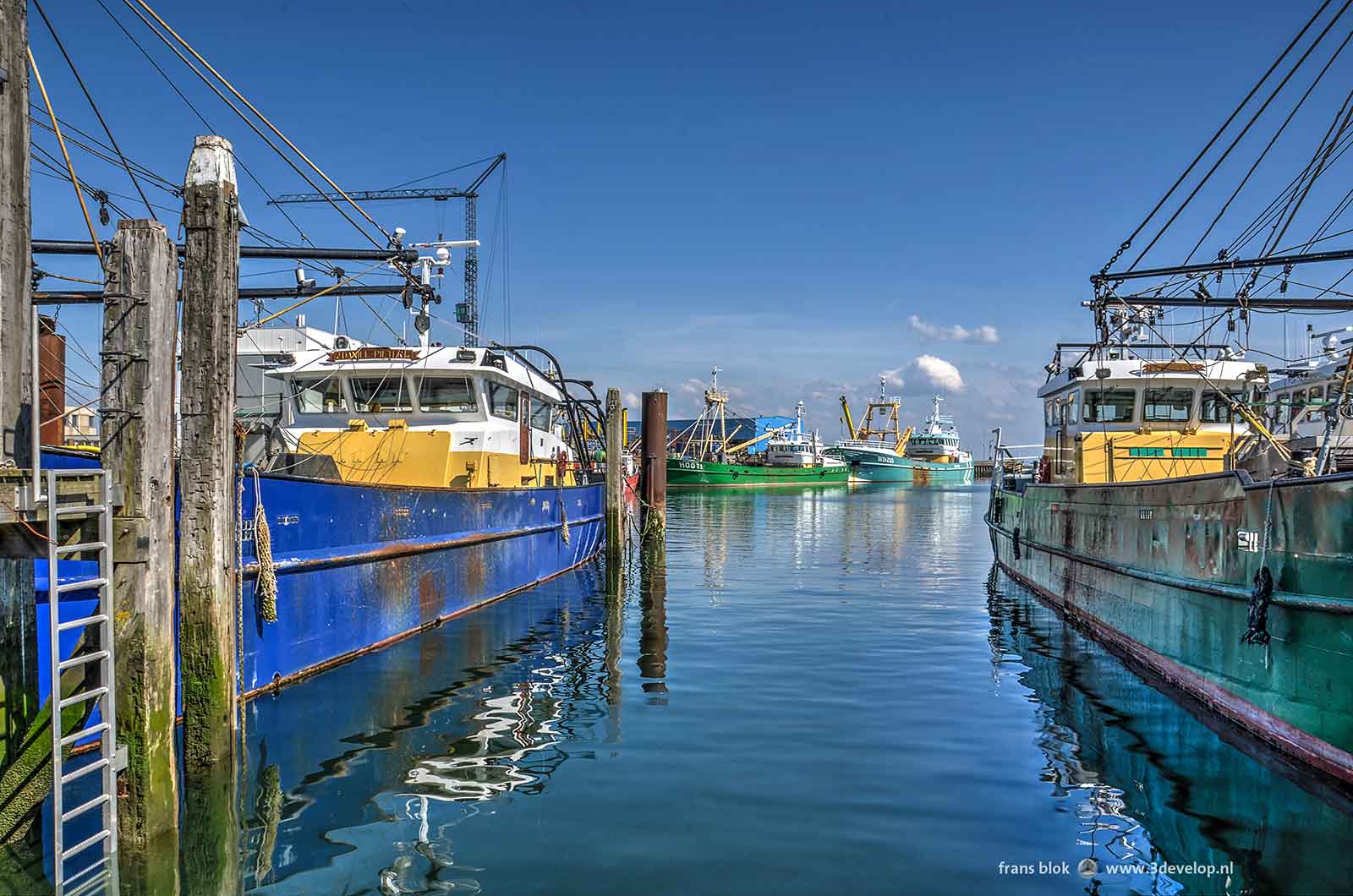 The end of the route, at Kruiningen-Yerseke railway station, next to an industrial estate, is certainly not the most beautiful place on the route. But the direct train to Rotterdam is very convenient….

So, what’s next? While doing some research I came upon two great collectionsof long distance hiking trails: the top 50 by Boot Bomb and the top 55 by Authorized Boots.  I’d love to do them all, but for now I’m afraid the funding will be a problem. Not even mentioning a lack of time. Life’s too short… Well, there are some other great long distance trails in the Netherlands as well.