Stentor was, in Greek mythology, a herald with a loud voice who served in the Greek army at Troy. De Stentor is also the regional newspaper of Deventer and surroundings.

On April 12th, de Stentor published this image, made by 3Develop, to illustrate an article about the island breakwaters that will be made in the IJssel river: 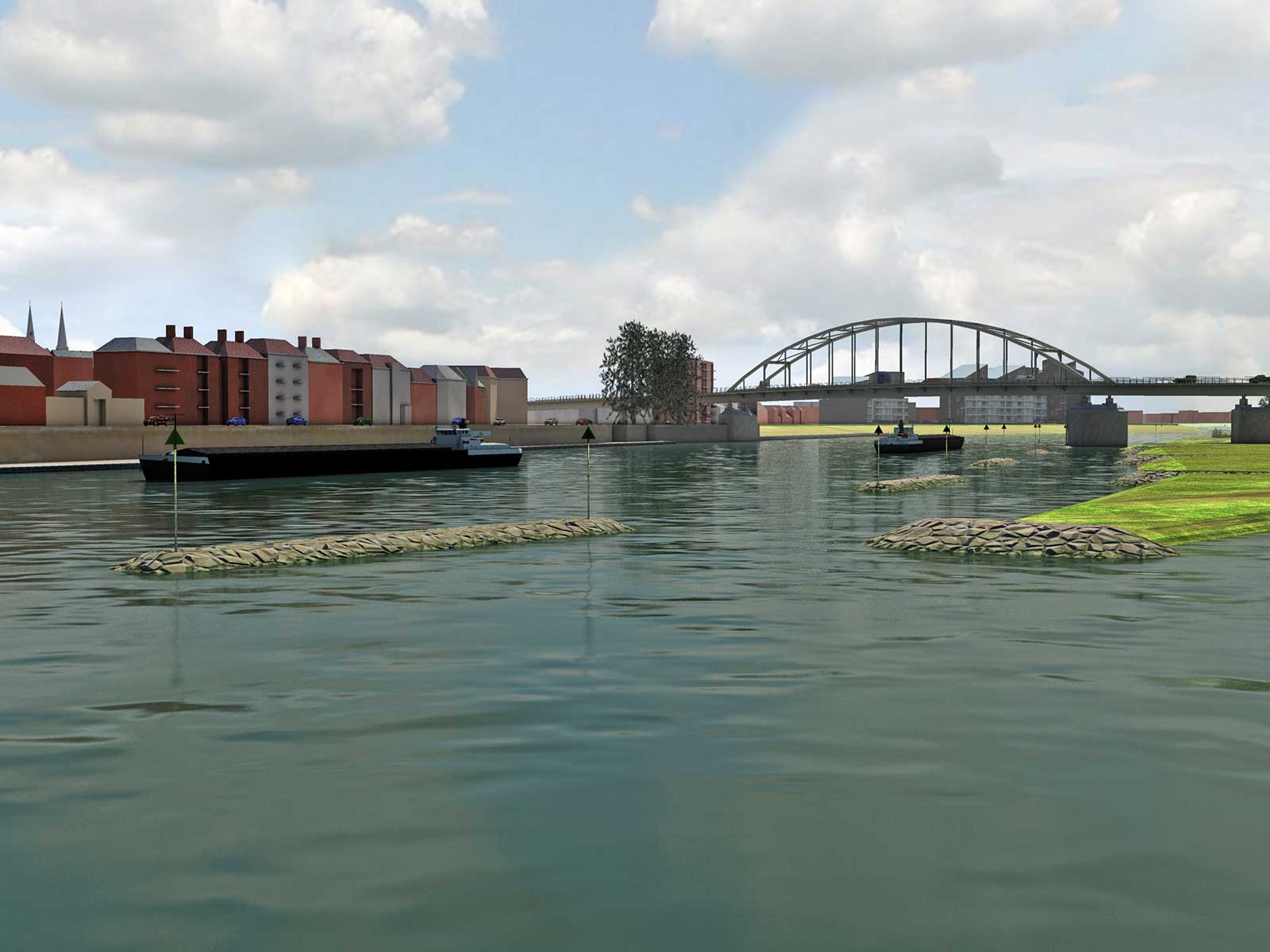 The island breakwaters are an innovative way to ensure that the channel does not become bogged down while at the same time leaving sufficient width for passage of ships. The images that I, as 3Develop, made ​​of the breakwaters at different water levels, were designed especially to convince the municipality’s aesthetic committee. And according to the article, that committee quickly agreed to the proposal.

Here’s another picture with the breakwaters on the left, and in the background the Worp park, the Wilhelmina bridge and the skyline of Deventer: 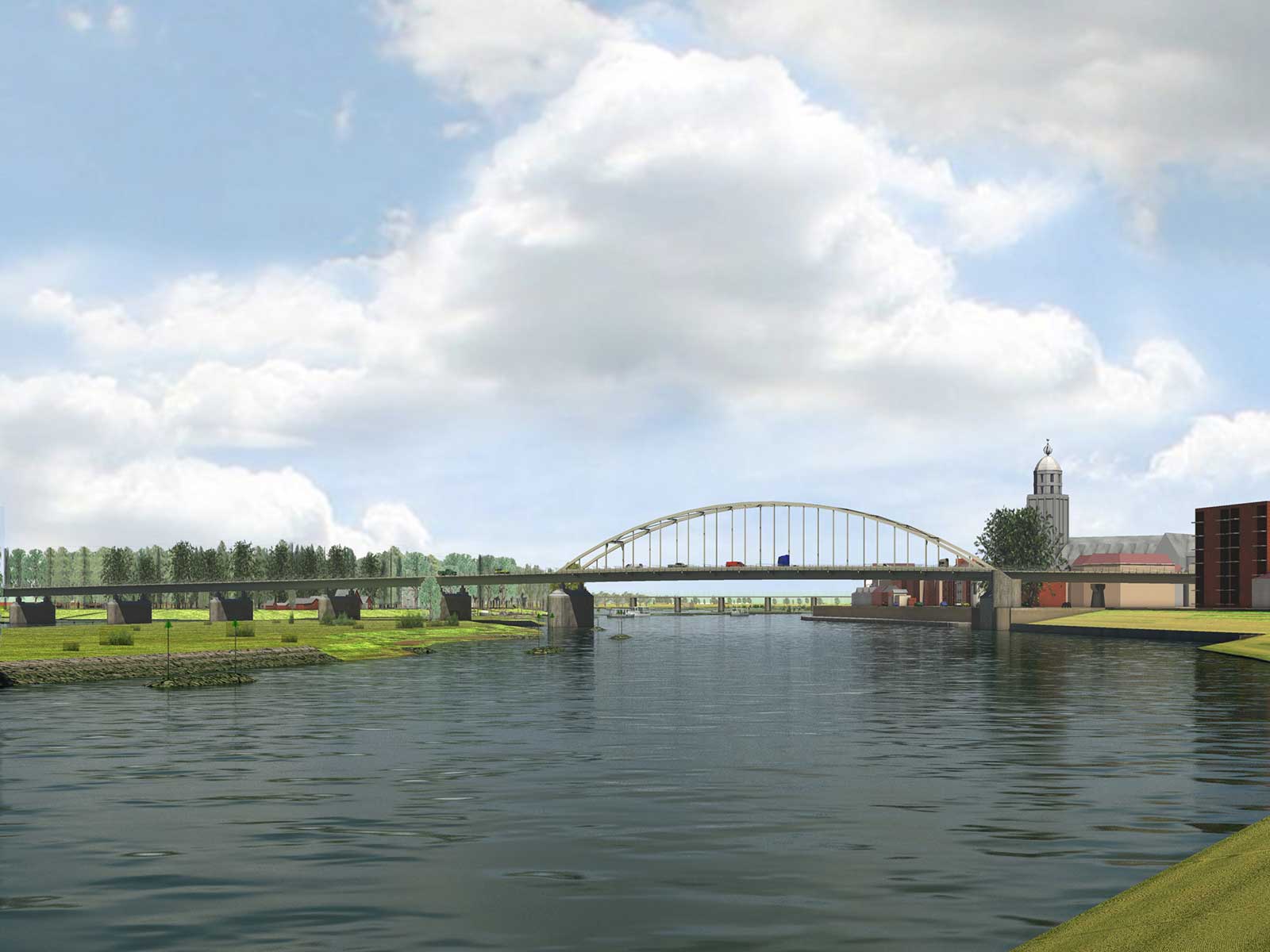