The 3Develop-offices always have a great view but on the evening of June 30, 2015  a very special spectacle was waiting for me when I came home. Although after ten p.m.  it was still not completely dark. On the northwestern sky I saw two stars close together: a bright one and very bright one.

If you see such bright stars from the city center  it’s almost certain that they are not stars but planets. And indeed: they were Jupiter and Venus and their apparent conjunction, was one of the most beautiful celestial phenomena of this year.

Of course I immediately grabbed my camera and tripod to take a picture. Or rather three photos which I merged in Photoshop into an HDR image; otherwise you’ll never get both the sky and the buildings properly exposed: 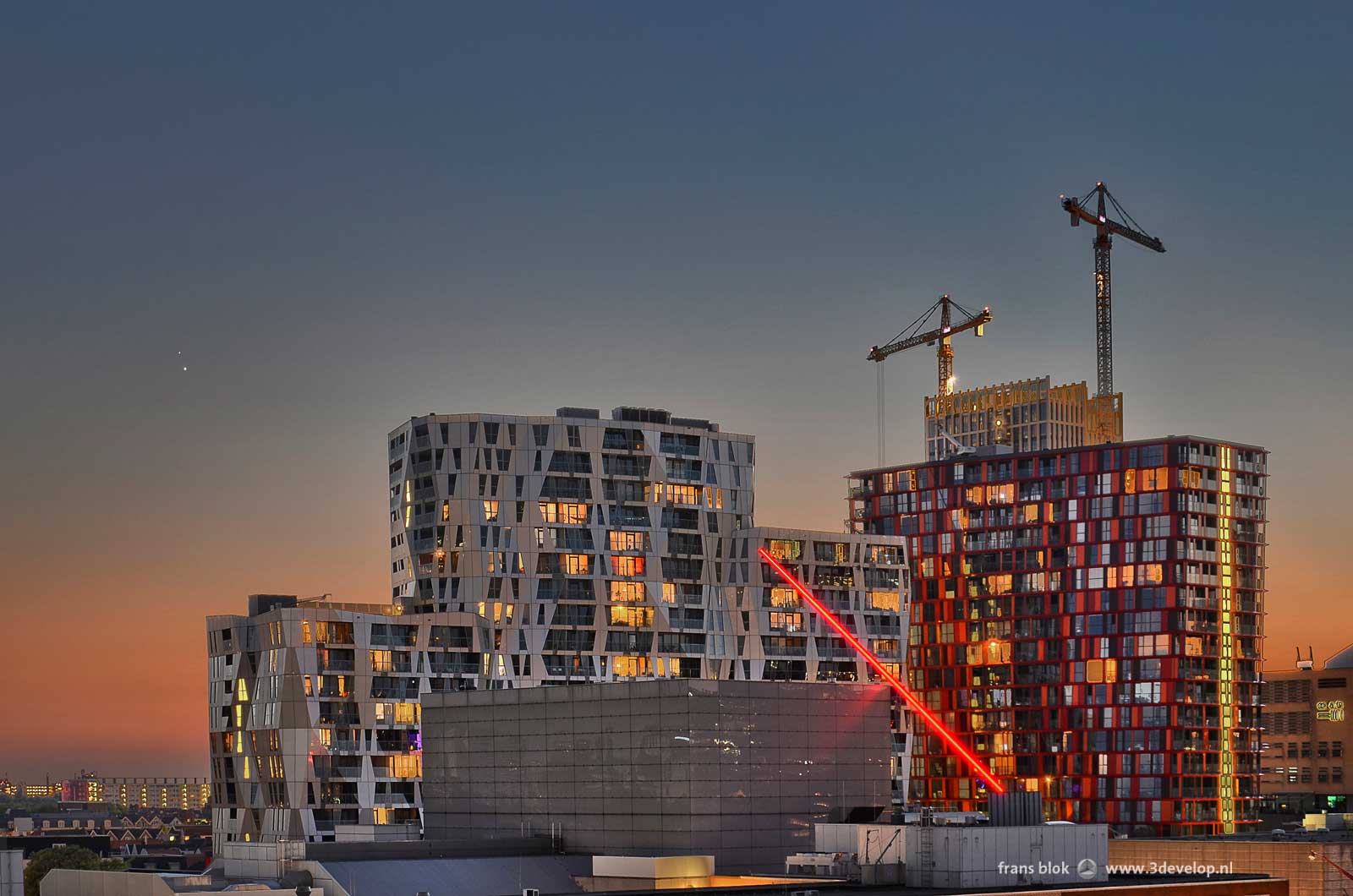 The top, and least bright, of the two planets is Jupiter. Which is actually much bigger than Venus but is approximately ten times as far away. This immediately shows that the conjunction is merely an illusion: in reality, the two planets are still very far apart, only viewed from Earth they seem to almost touch.

The celestial body on which most details are visible is obviously the planet in the foreground, the Earth. The big red and white edifice is residential building Calypso. Behind it one can just see a piece of office tower First under construction. Further to the front we see the red line, the fly tower and some other roof structures of the Rotterdam Theatre.