In Dutch, the word for gallery is almost the same as the name for the walkway that connects the apartments in a highrise building. I had to do something with that coincidence.

Added to that, I suddenly became aware of a curious contradiction: I am active on at least seven social media, but my home was not exactly recognizable as a stronghold of creativity.

Time to make 3Develop more visible in the real world. I made a representative selection of my work and had it printed on canvas. I only had to conceive a smart, low-budget exhibition system and clean the windows and my gallery was there. 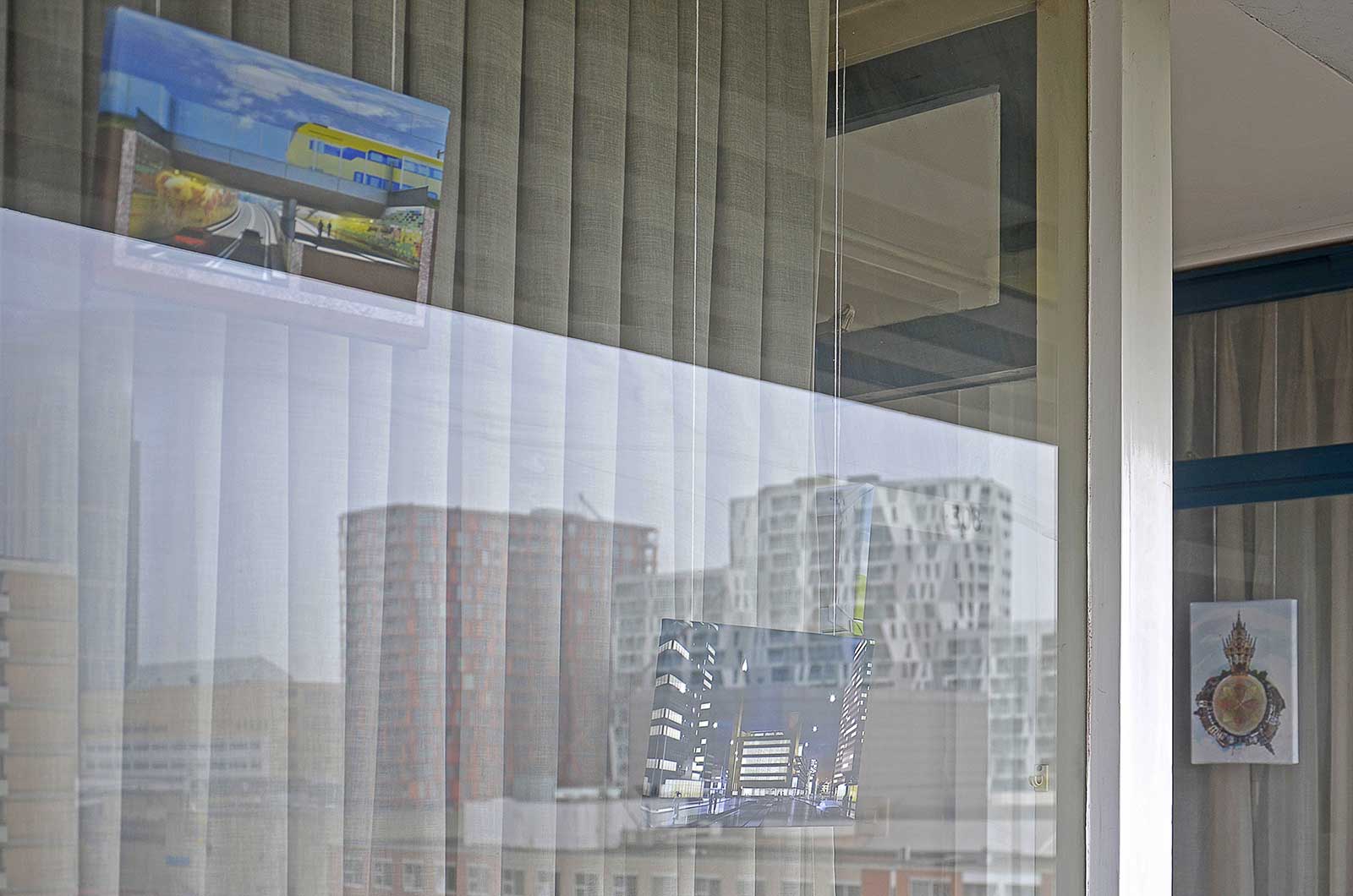 Ten floors below, on street level, my work would get a much bigger oudience; I live right in the middle of the Lijnbaan quarter where it is busy seven days a week. But of course it could also be worse: at my gallery has more passers-by than, for example, the top floor of a tenement.

The Lijnbaan gallery can be visited permanently; tours and coffee by appointment only. 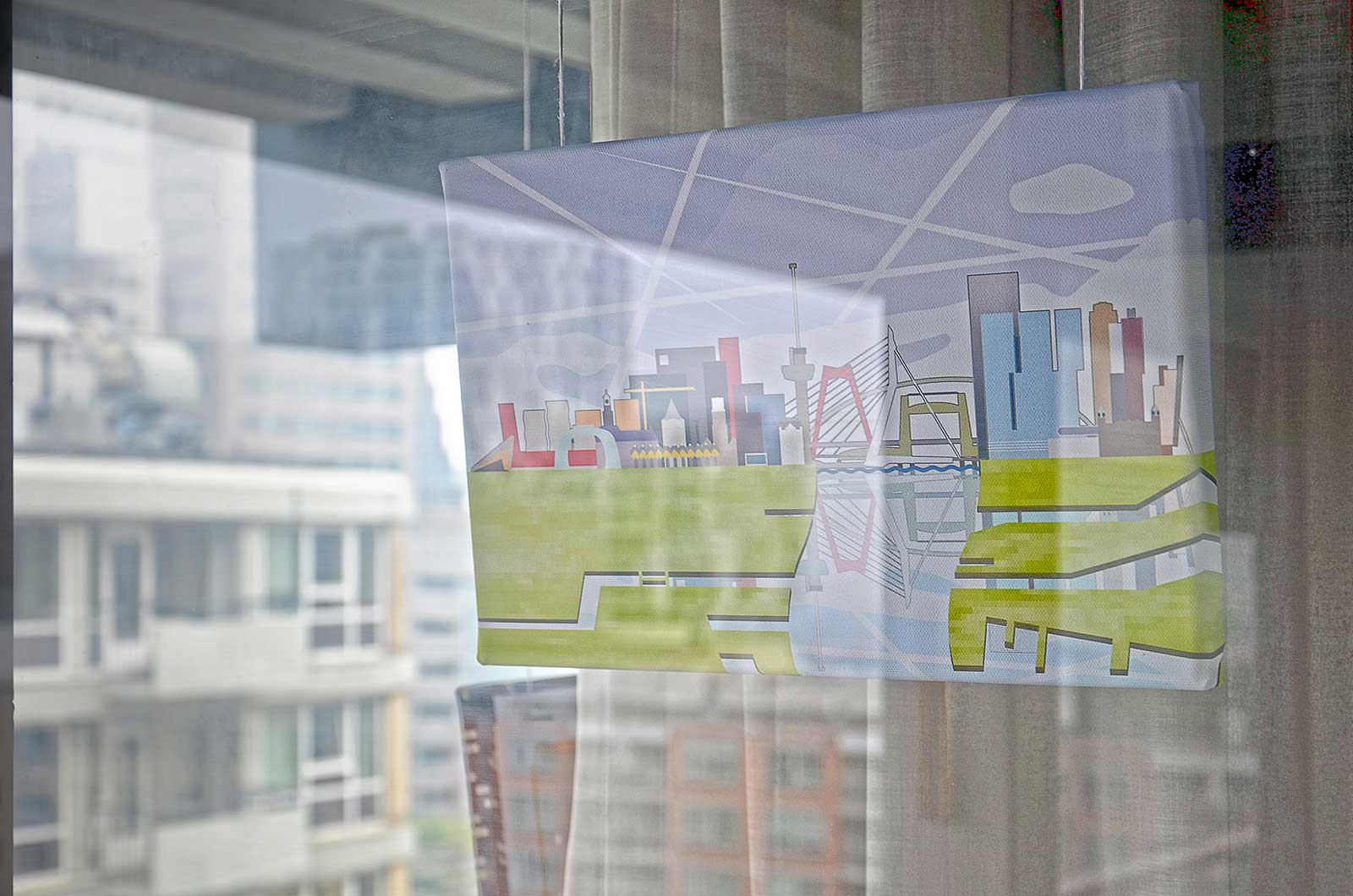 UPDATE: in October 2016, a new exhibition was added to the Lijnbaan gallery: Rotterdam – the Edges of the Night.