A few weeks ago I was in Bourtange, the well-preserved fortified village in the Dutch province of Groningen. At least, I’ve always thought that Bourtange was a nicely preserved piece of history. But that’s not entirely correct. For more than a century, the fortress was completely gone and Bourtange was a boring farming village. In the nineteenth century, the fortifications were demolished and the canals were closed, which happened in many places in those days.

Not until the sixties of the twentieth century came the idea to rebuild the fortress. In the seventies and eighties that idea was carried out, based on the situation of 1742, when the fortifications had their maximum extent. Now, almost a quarter century after the completion of the reconstruction, Bourtange looks as if the fortress has never been away. 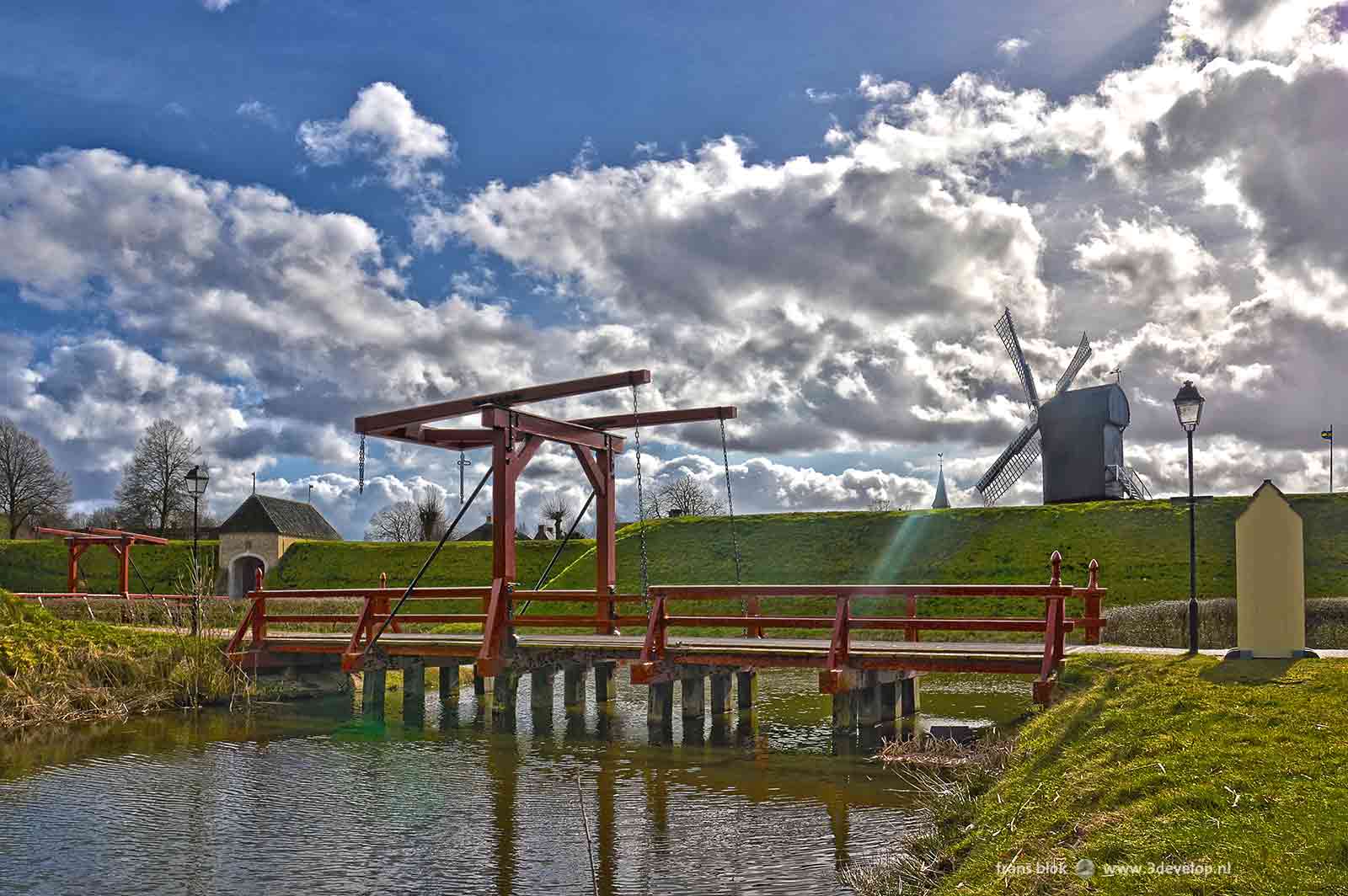 Reconstructing these extensive fortifications, that’s an impressive accomplisment. Compared to that, my idea to rebuild the Old Bijenkorf department store by W.M. Dudok in Rotterdam is actually quite modest. Not even mentioning windmill De Noord on Oostplein, also in Rotterdam.

I was in Bourtange on a cold, windy Monday afternoon in March. And that was a bonus, because on a beautiful Saturday in July it is probably not possible to make photos of the village square without a crowd of tourists. 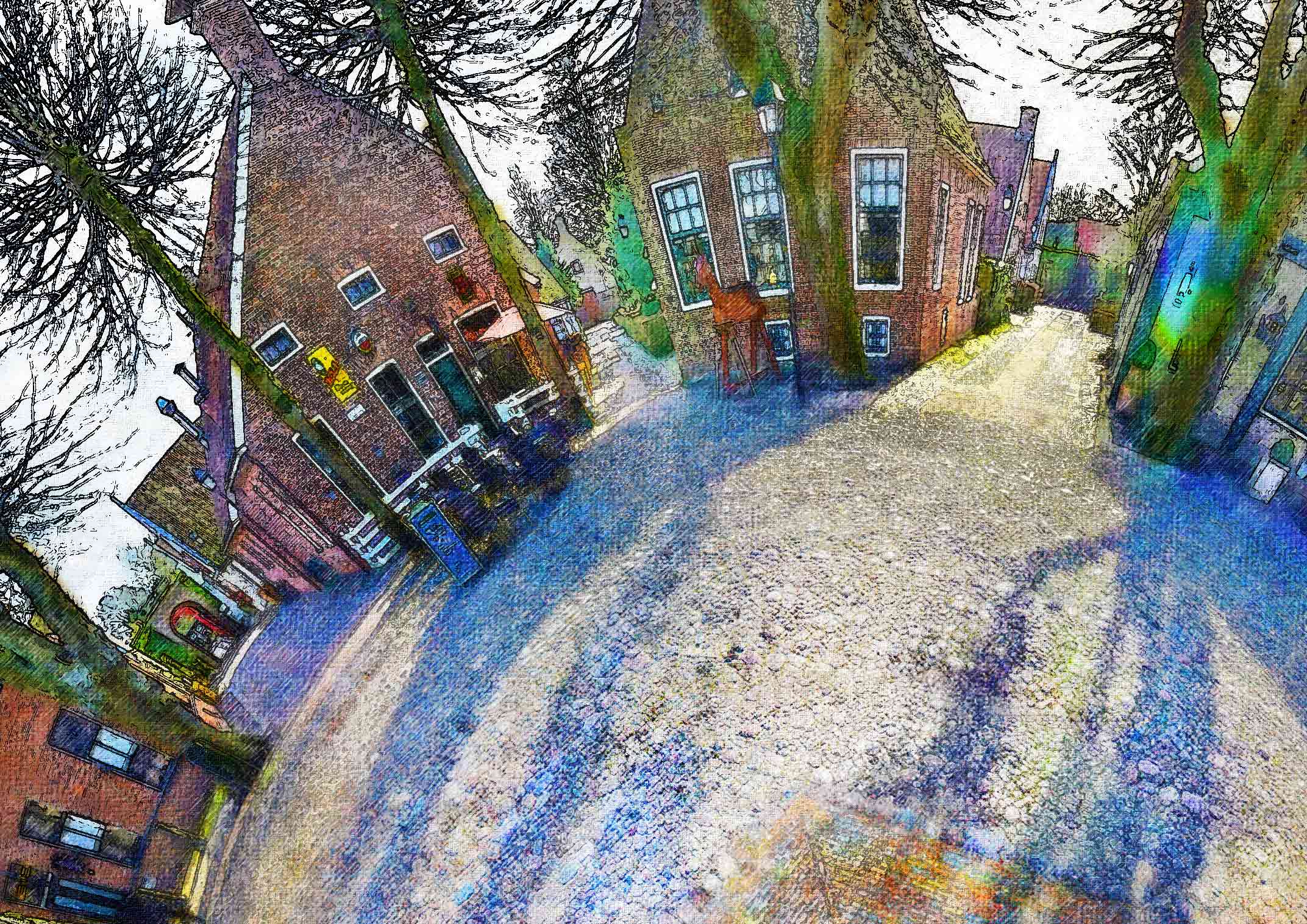 Turning a pentagon into a sphere

What’s special about Bourtange is the pentagonal shape. That shape determines the whole layout of the village, right down to the pavement of the square. In the middle of that square is a pentagon of paving bricks surrounded by cobbles. That pentagon, the exact center of the fortifications, asked for a spherical panorama. So here it is: 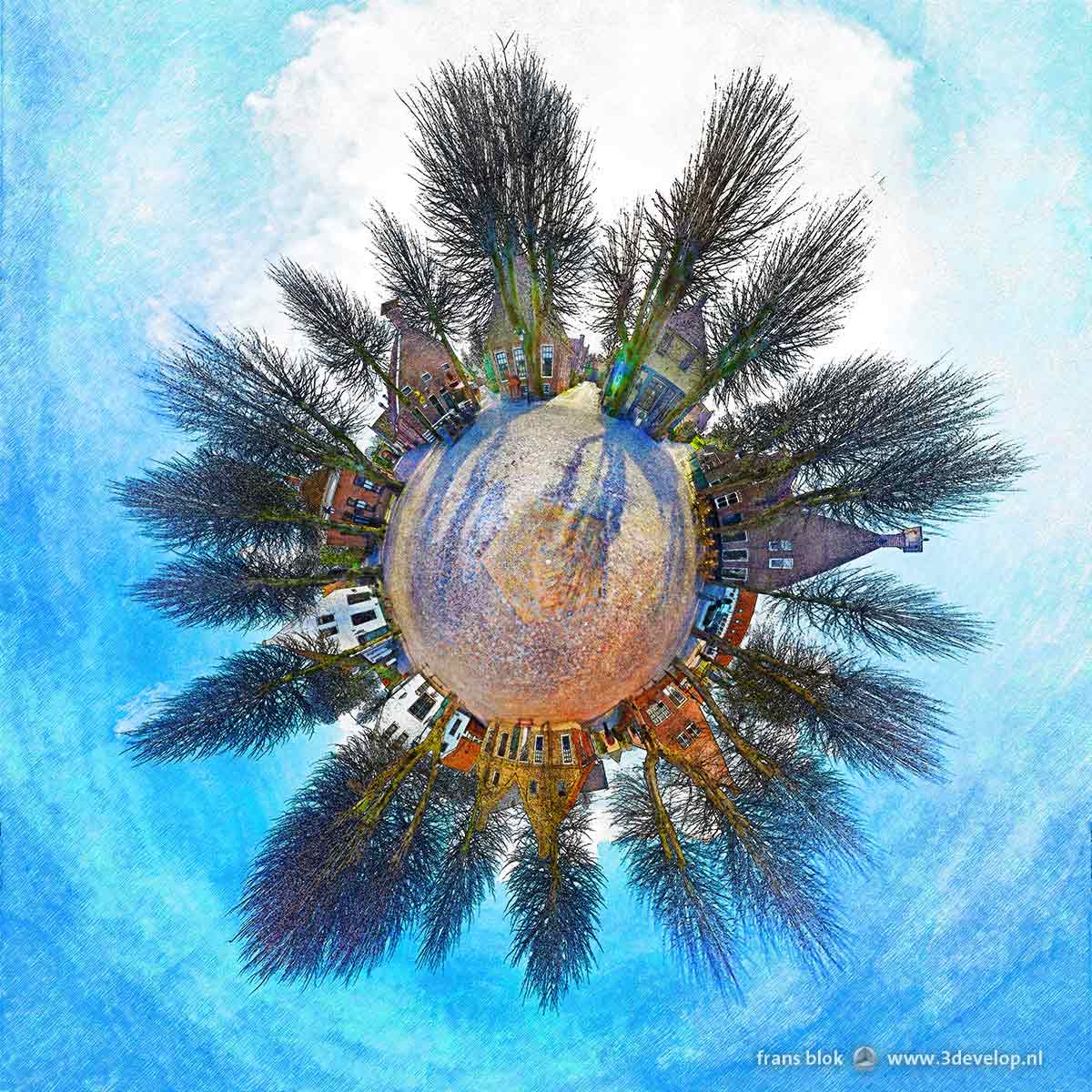 Because of that geometric shape in the middle this panorama fits well with the one I made on the Market square in Gouda, exactly on the star in the pavement in front of the town hall. This could be the beginning of a series…