March 20, at a quarter past five in the afternoon, spring officially started, according to the astronomers. For the meteorologists, it even started already on the 1st of March. So it’s time to review the winter of 2017/2018. What kind of winter did we have and especially: were there some winterwonderland photo opportunities? 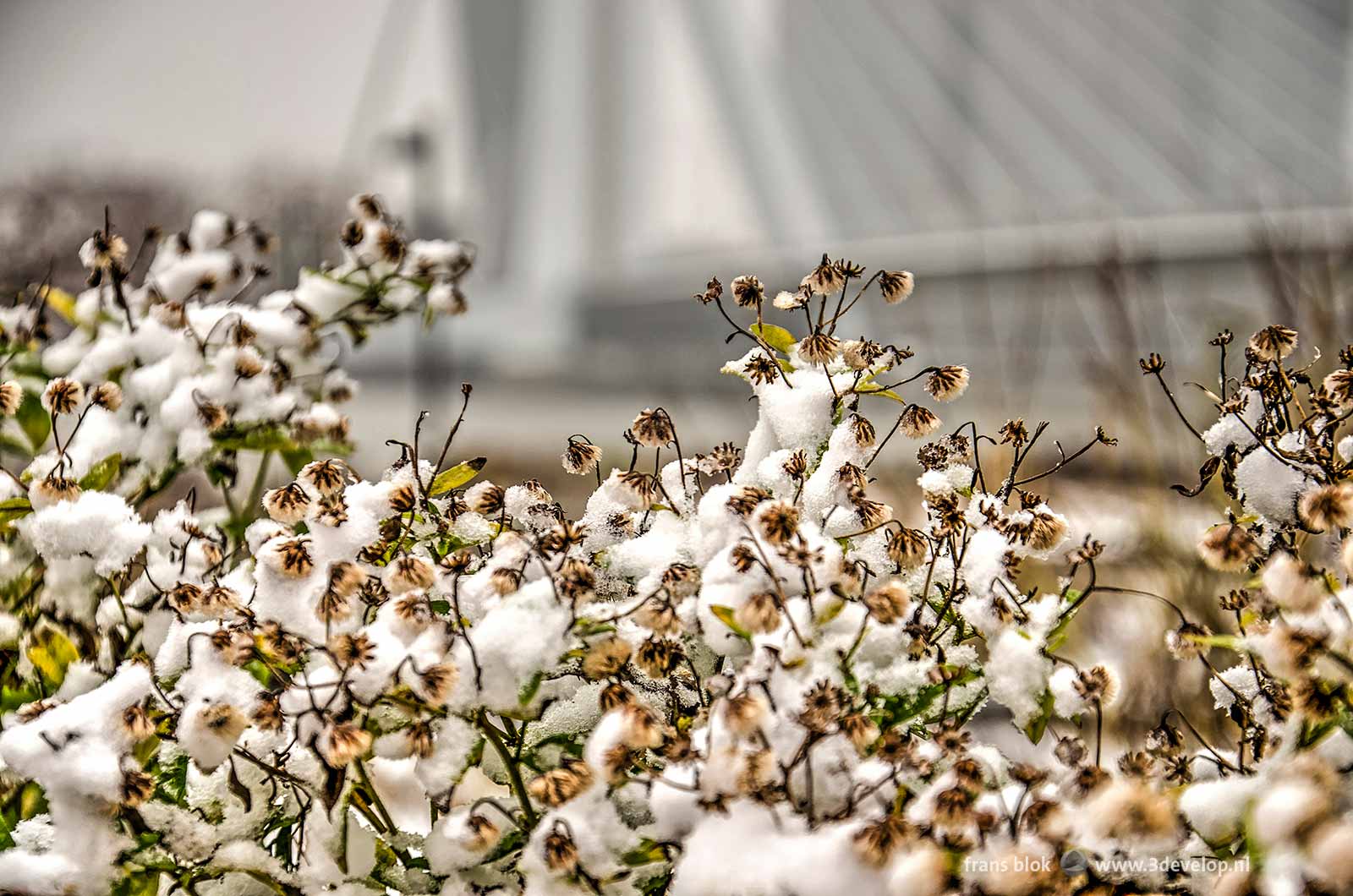 The winter of ’17 / ’18 was a sort of sandwich: a grey and boring middle section with some wintery scenes at the beginning and end. It all started promising on Sunday 10 December with a snow front that slowly moved across the Netherlands from the south. 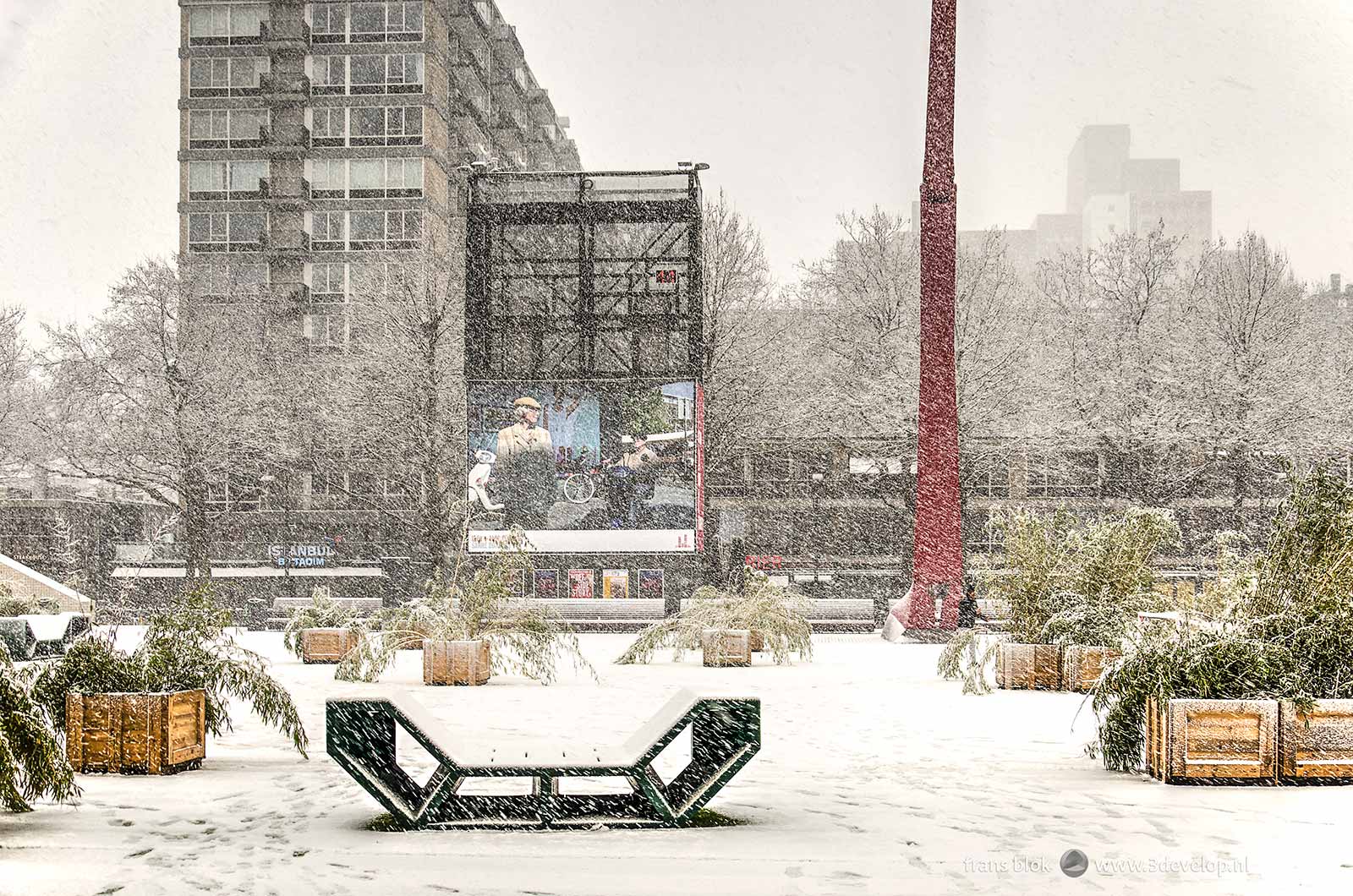 Also the next day a lot of snow came down and the road and rail traffic all over the Netherlands came to a standstill. The Dutch Royal Meteorological Service proclaimed code red; I proclaimed code white. 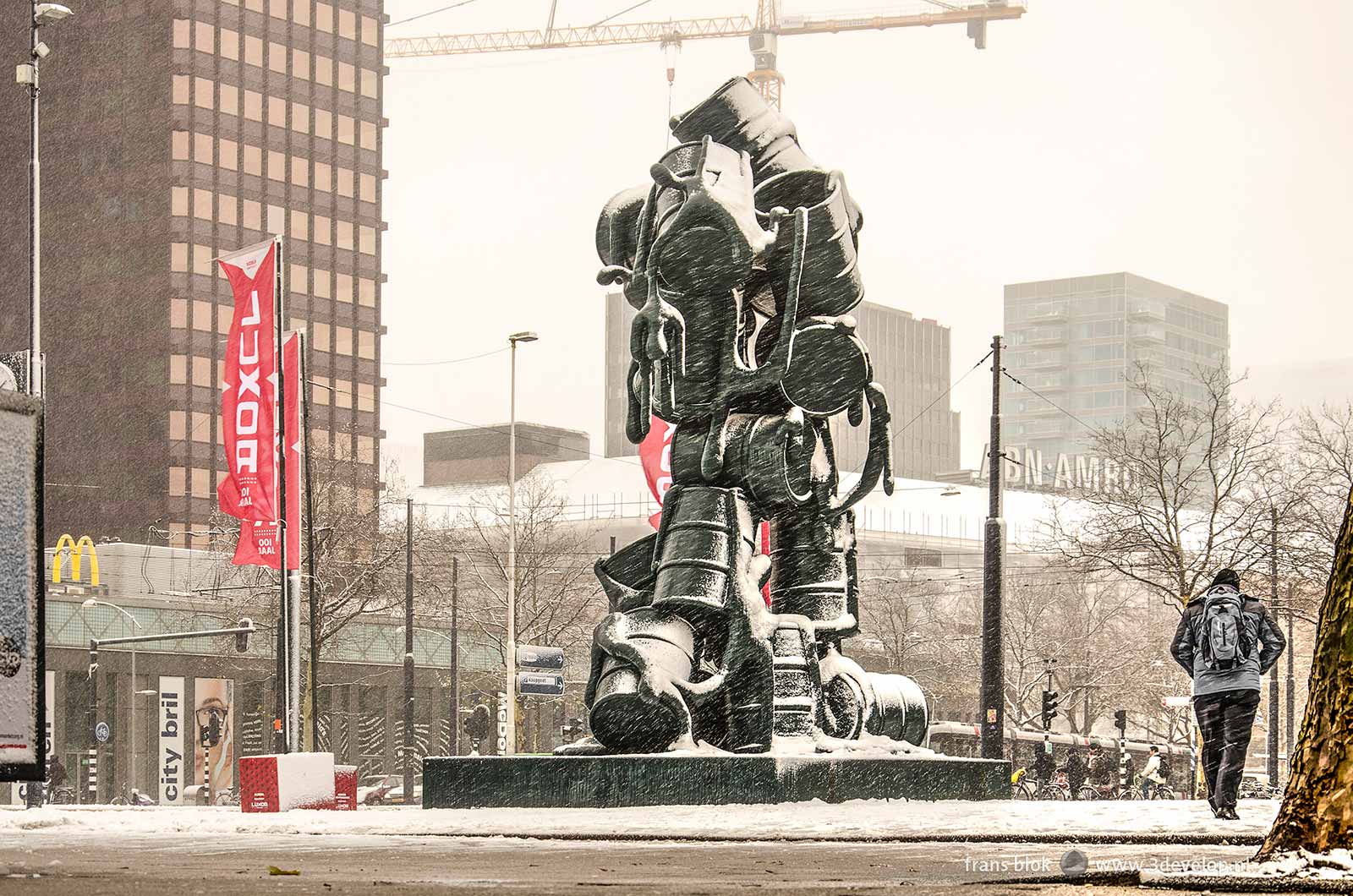 Helena the Harbor Goose couldn’t care less, or so it seemed. 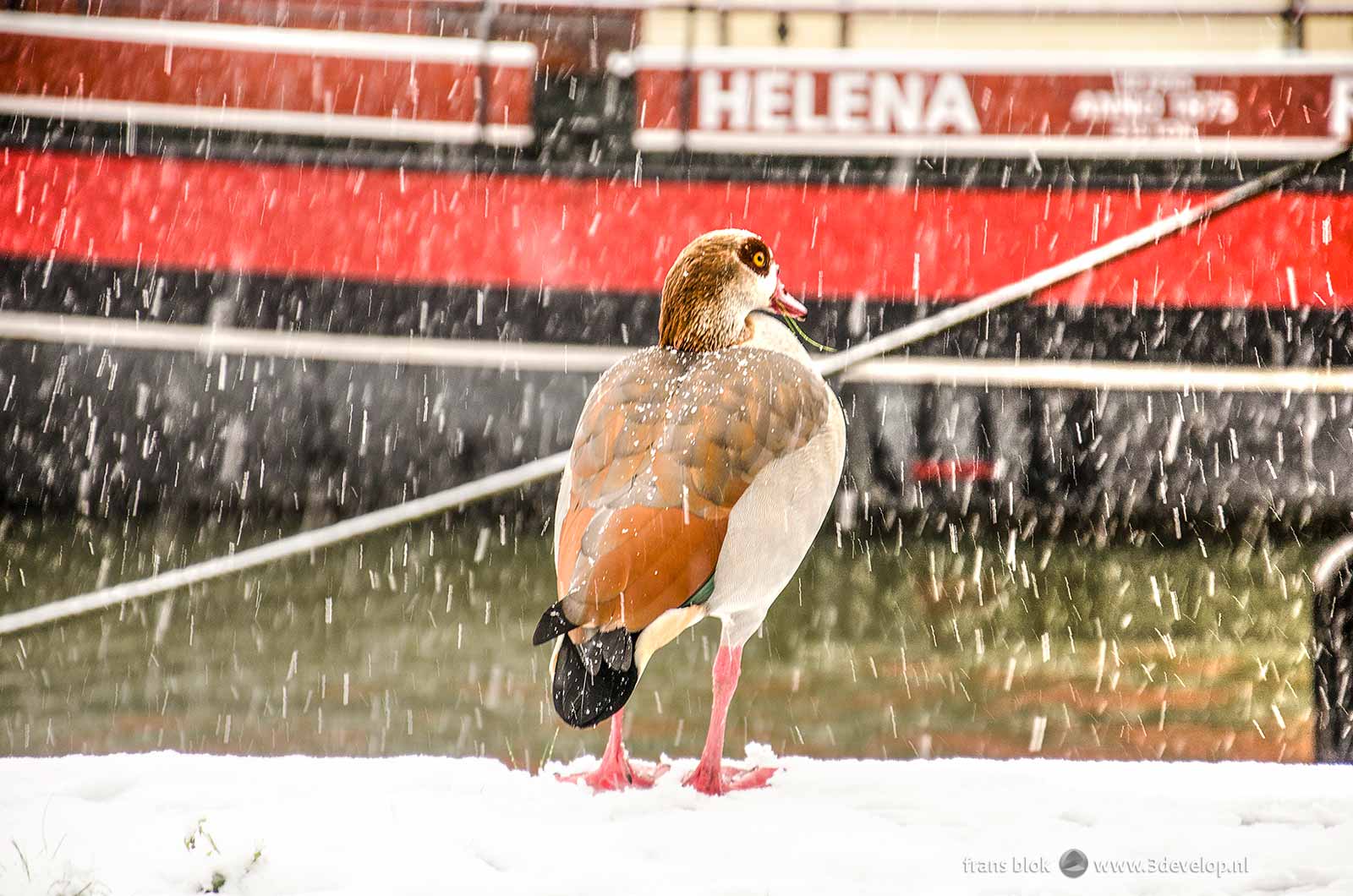 After that spectacular start, weeks of dull gray weather followed. Chilly but not cold enough for the formation of ice crystals or snowflakes. In the previous winter I made some photo-expeditions to the eastern regions of the country but even there the weather remained boring.

Meanwhile, North America was suffering under an unprecedented cold that briefly gave climate change deniers the illusion they were right. Winter sports villages in the Alps were covered under meters of snow. But in the Netherlands a January gale was the only spectacle; code red again but less photogenic. In an average winter, television talkshows keep speculating about the possibility of an Elfstedentocht, a 200 kilometre skating race along all eleven Frisan towns; this year that hardly happened.

Only occasionally the temperature dropped below zero during the night and a thin layer of ice formed on canals and ditches. That resulted in beautiful reflections, such as here near the windmill on Kromme Zandweg in the Rotterdam neighbourhood of Charlois. 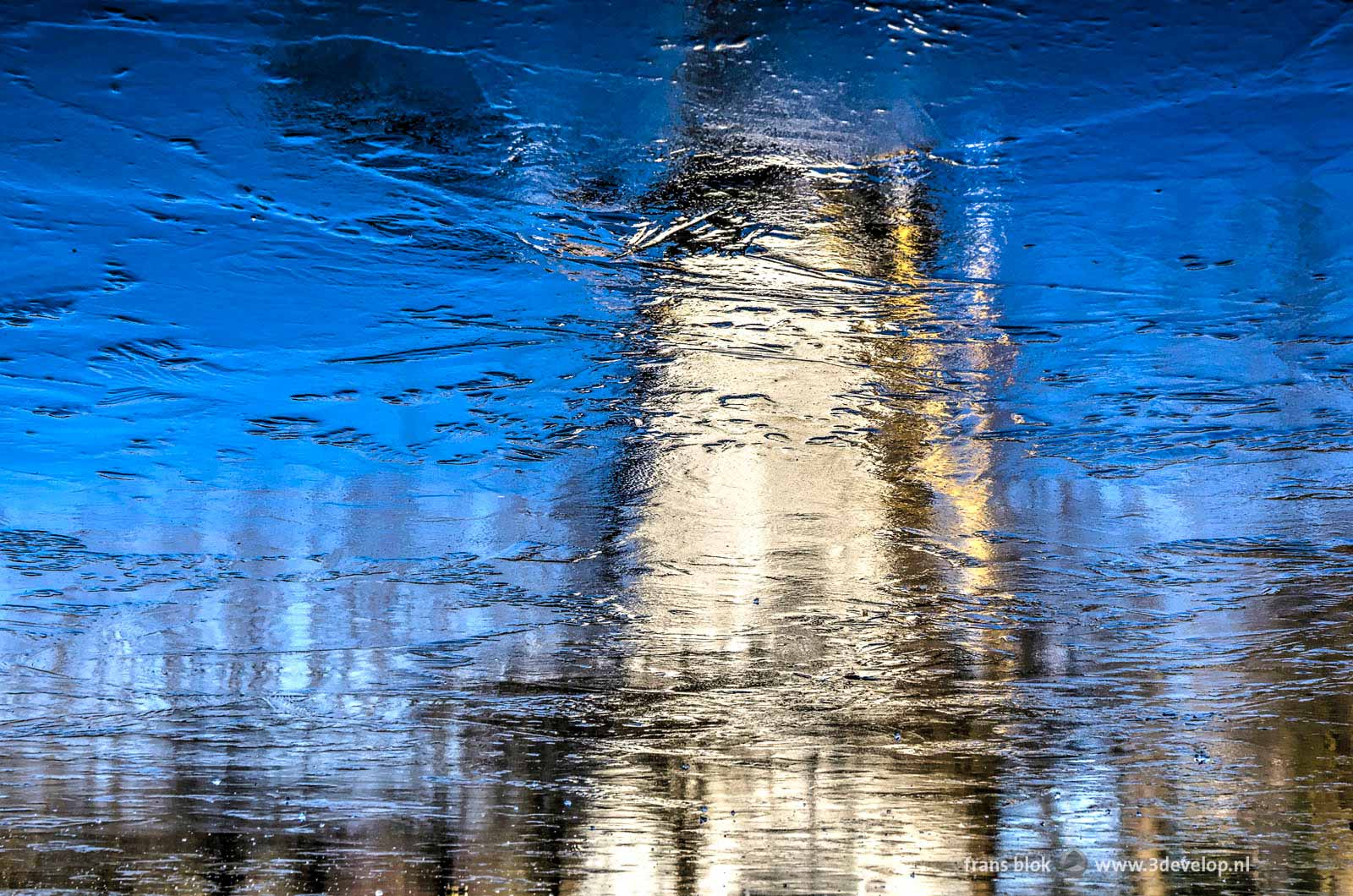 For a while it looked like winter would slowly morph into spring. But in mid-February a surprise was coming our way. The Russian bear, or The Beast from the East. A large reservoir of ice-cold air was “put on transport” (as the meteorologists say) from Siberia with strong eastern winds. Strong wind and frost, that is the moment to go and photograph ice sculptures like here along a lake called Wijde Aa near Hoogmade. 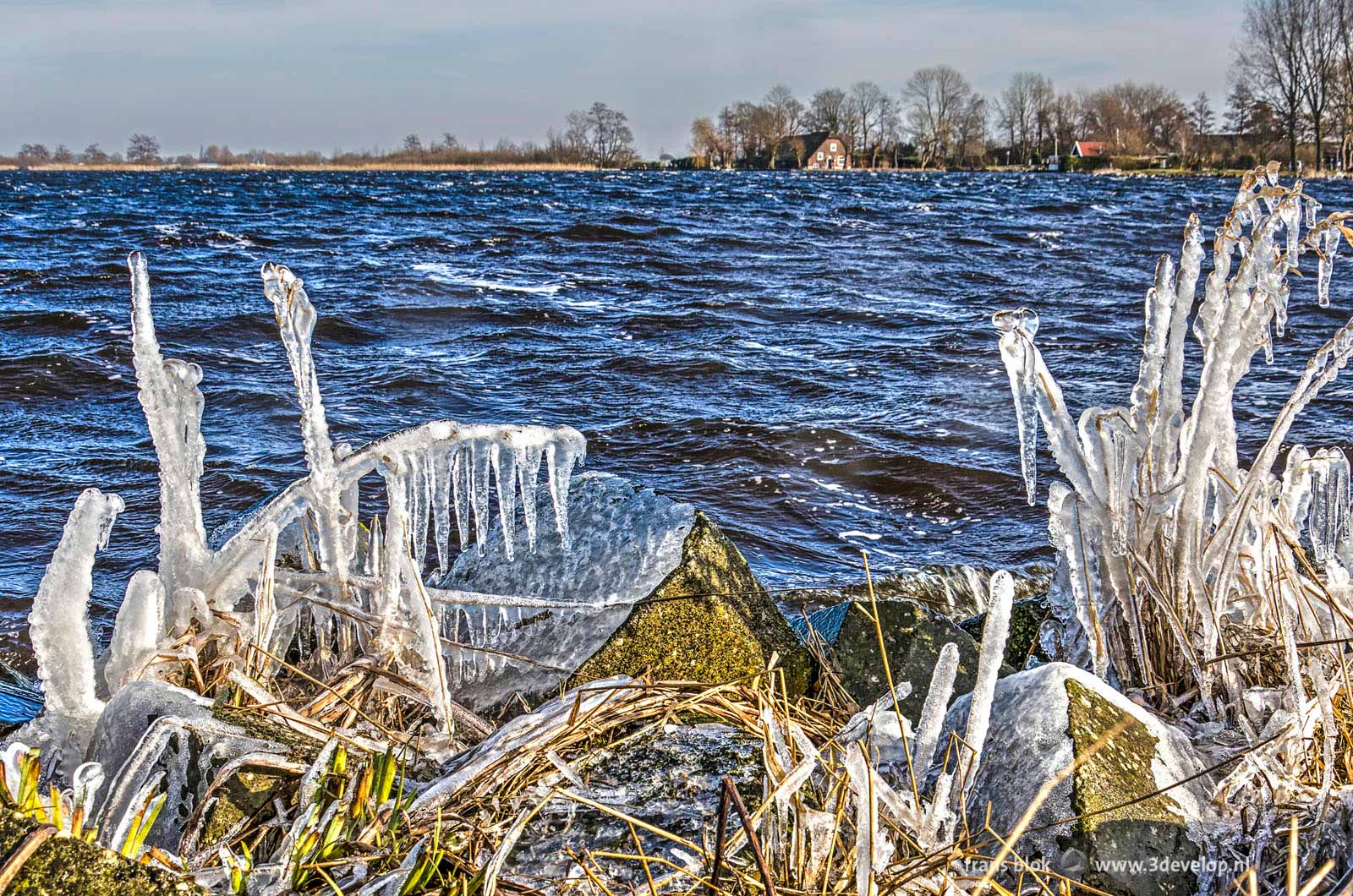 “That wind makes it so cold”. It is a cliché, but during this short but intense winter period it certainly was true. I haven’t felt so cold in recent years. Nevertheless, because of the wind, large water surfaces remained free of ice for a long time. But ultimately the Kralingse Plas was largely frozen over. 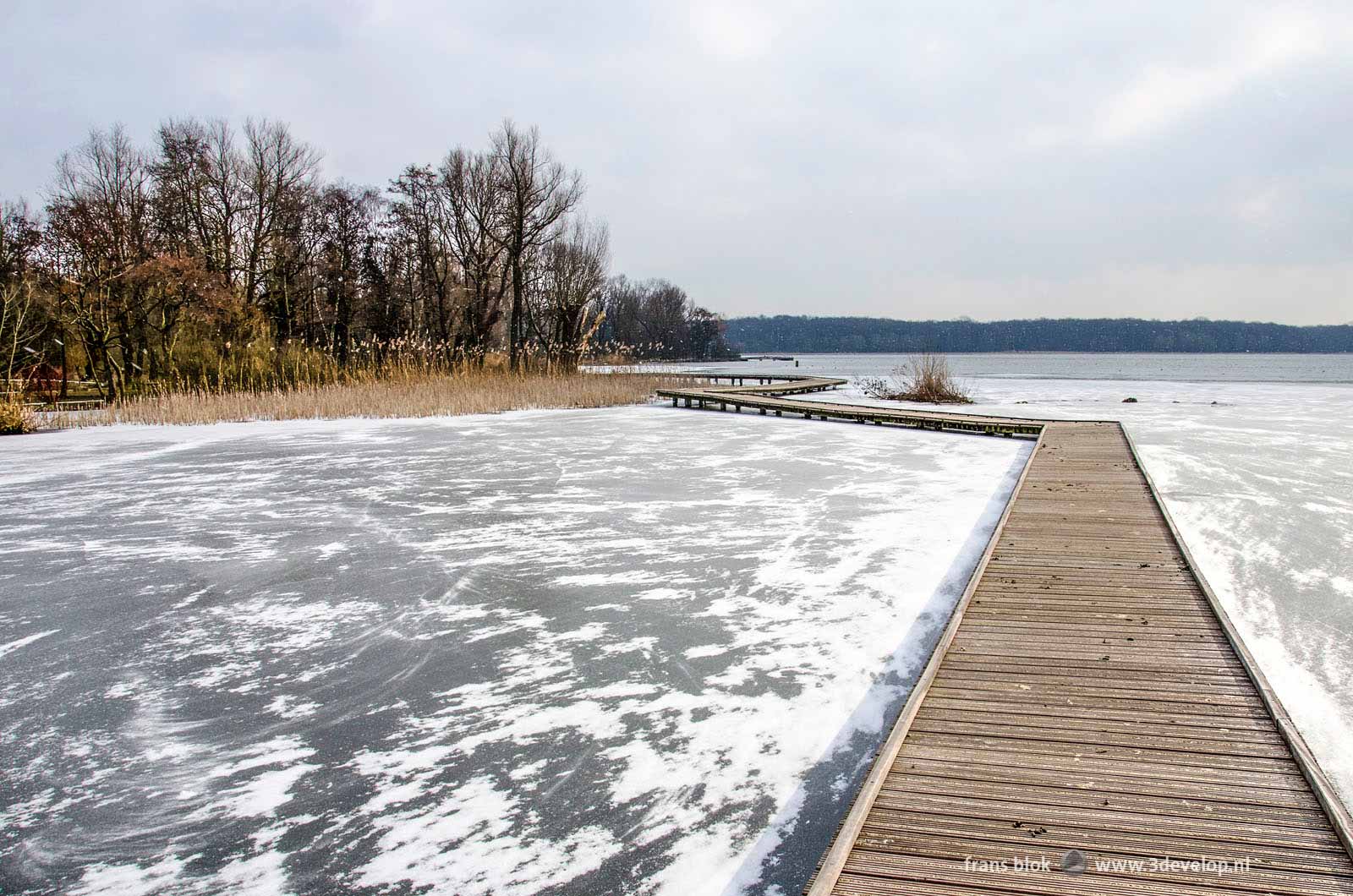 Unfortunately the Bear didn’t carry a lot of snow. Only during its retreat on March 3rd did a warm front bring some whiteness. But that didn’t last long, as could be expected with a warm front. 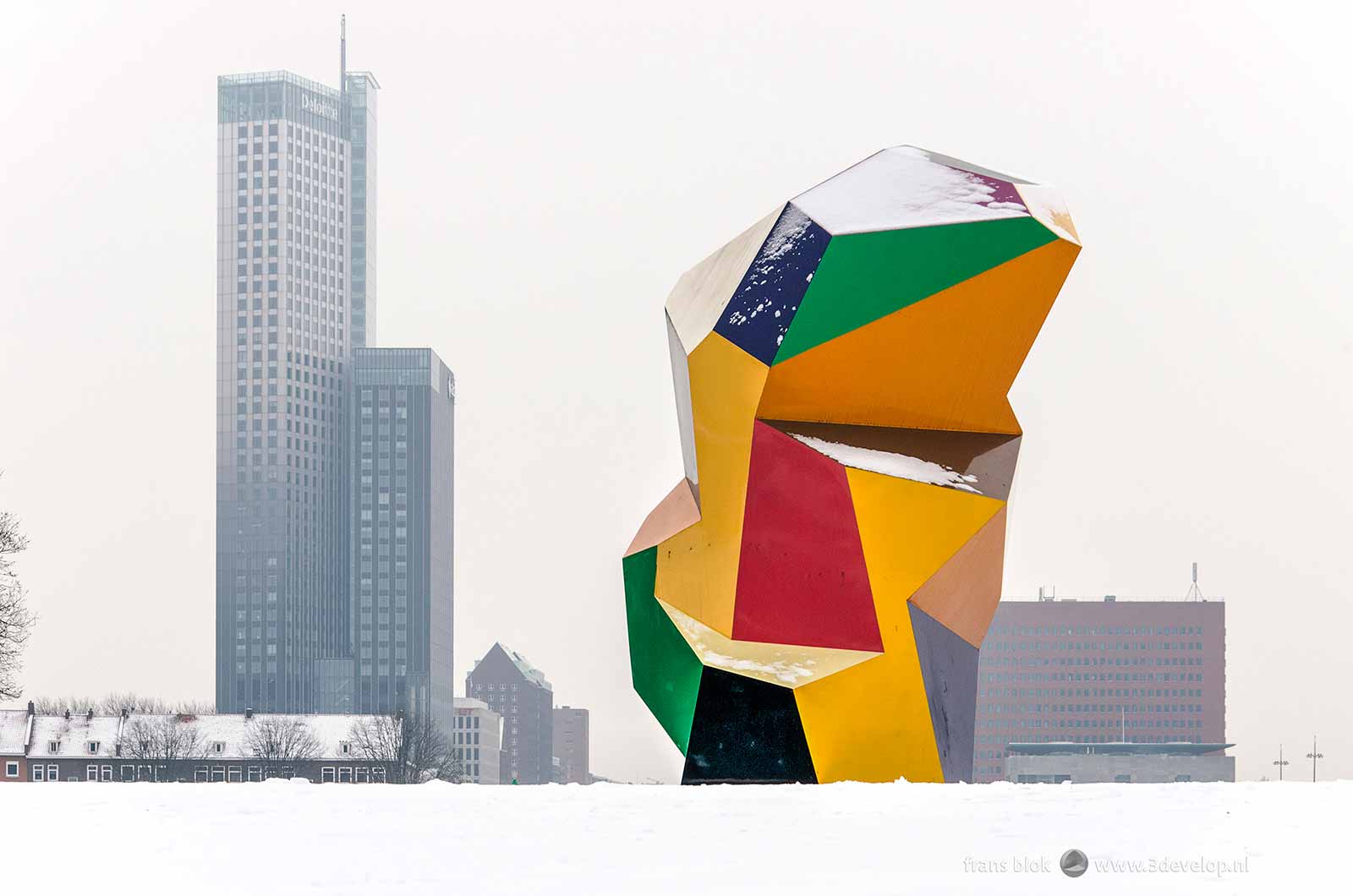 In mid-March, winter made one final attempt, but that didn’t lead to many interesting photo moments. All in all: if you ask me to rate this winter, I would say it’s a meager six out of ten. A rather mediocre winter with some memorable moments but they were short-lived, especially in the always less fortunate southwest of this country. 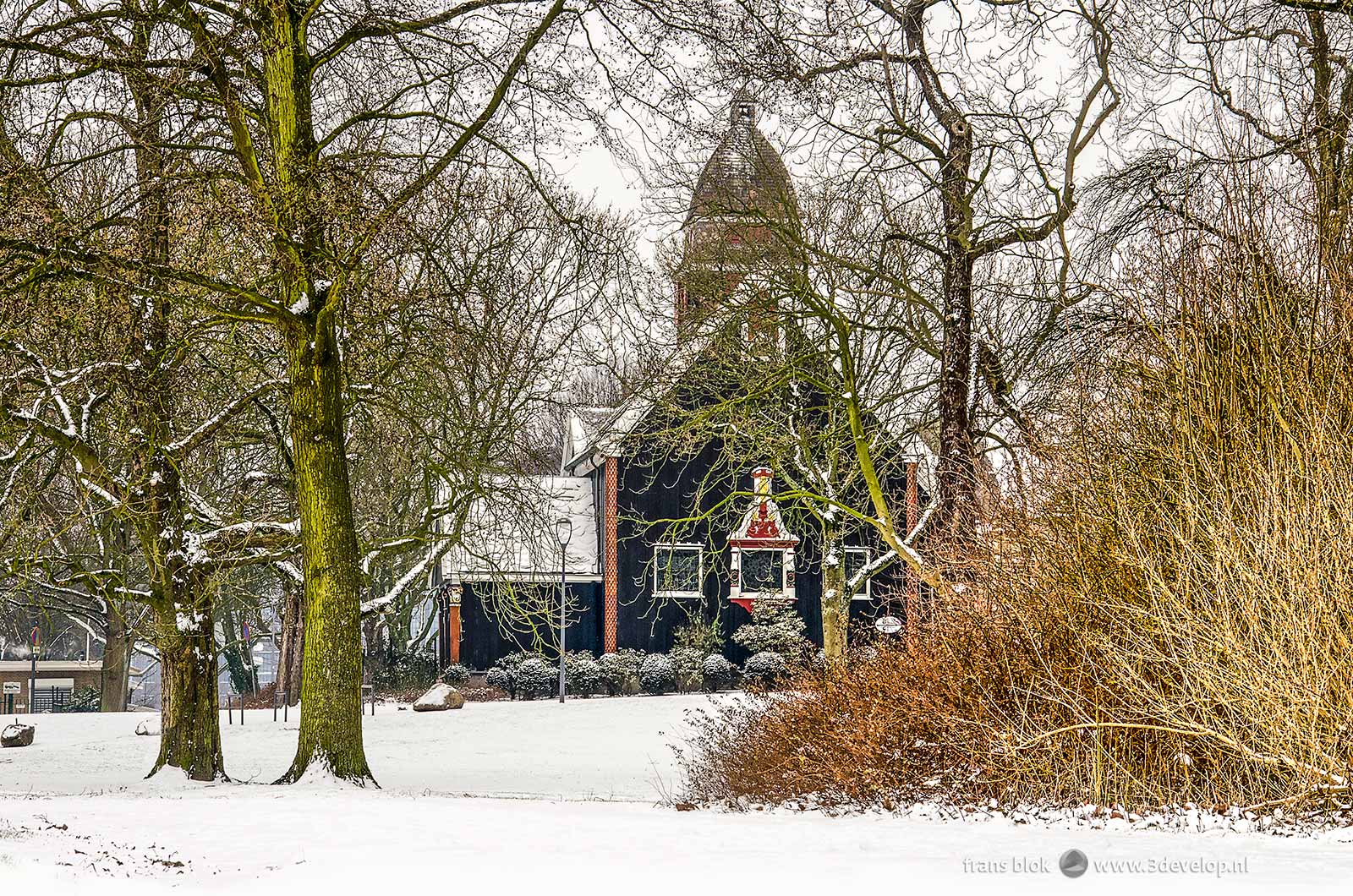 And now, to be honest, I’m neither expecting nor hoping for cold fronts anymore. Another chance next year, let it be spring now …