The last few weeks I have been working on artist impressions of commemorative monuments for a client named Denkend Aan. That name refers to one of the most widely known Dutch poems by Hendrik Marsman (“Thinking of Holland I see wide rivers…”). Denkend Aan is an initiative by Dirry de Bruin who previously designed a monument on Westgaarde cemetery in Amsterdam.

Except for the design Denkend Aan also takes responsibility for the implementation and management of the monuments. Through a website people can order a glass element with their desired text, which will then be placed in a monument. 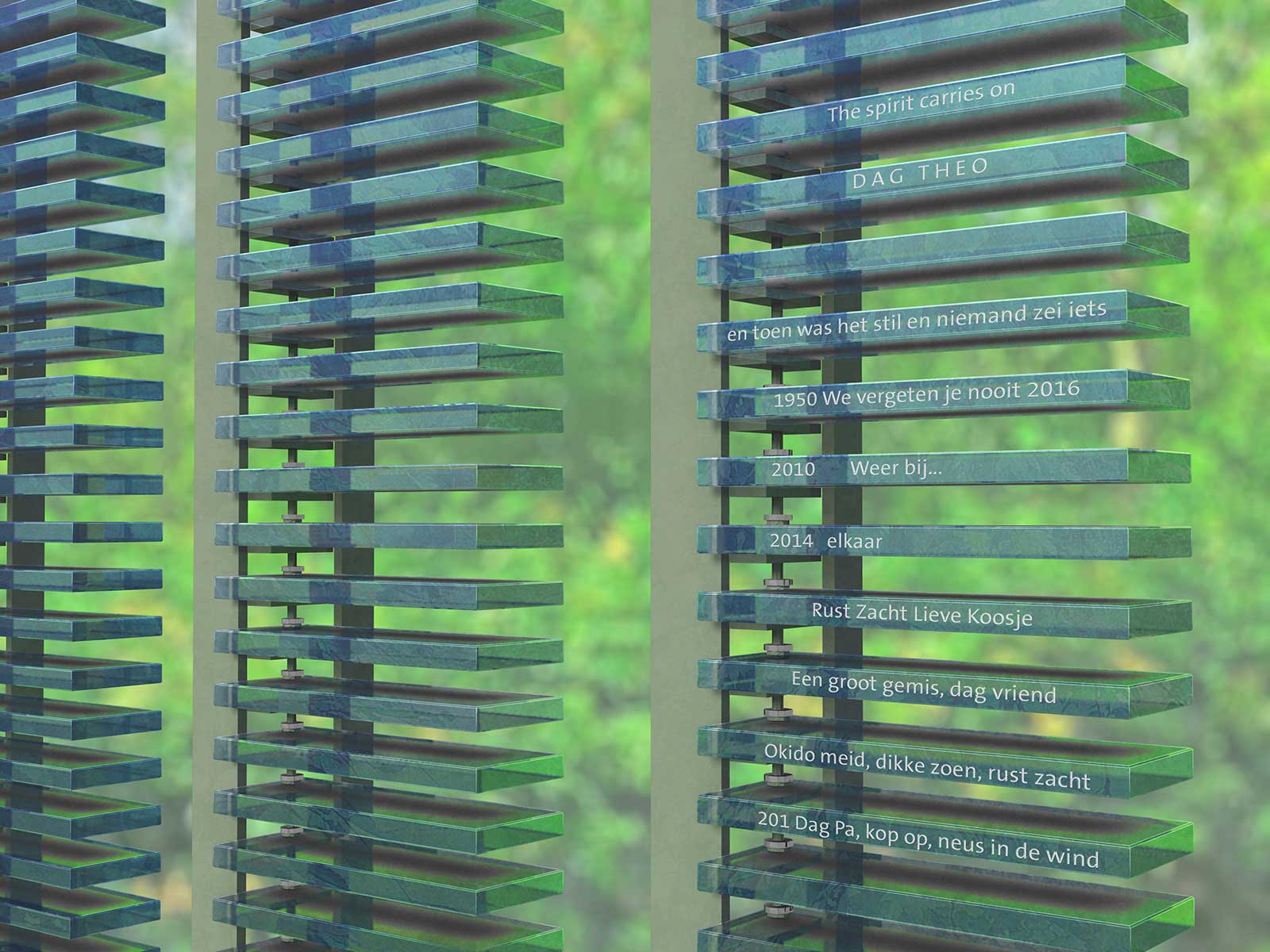 I made images ​​of two monuments: one with azure blue glass blocks mounted in columns and one consisting of a frame with glass panels in fourteen different colors.

The challenge was mainly in creating images that would illustrate the gloss and color of the used glass varieties. 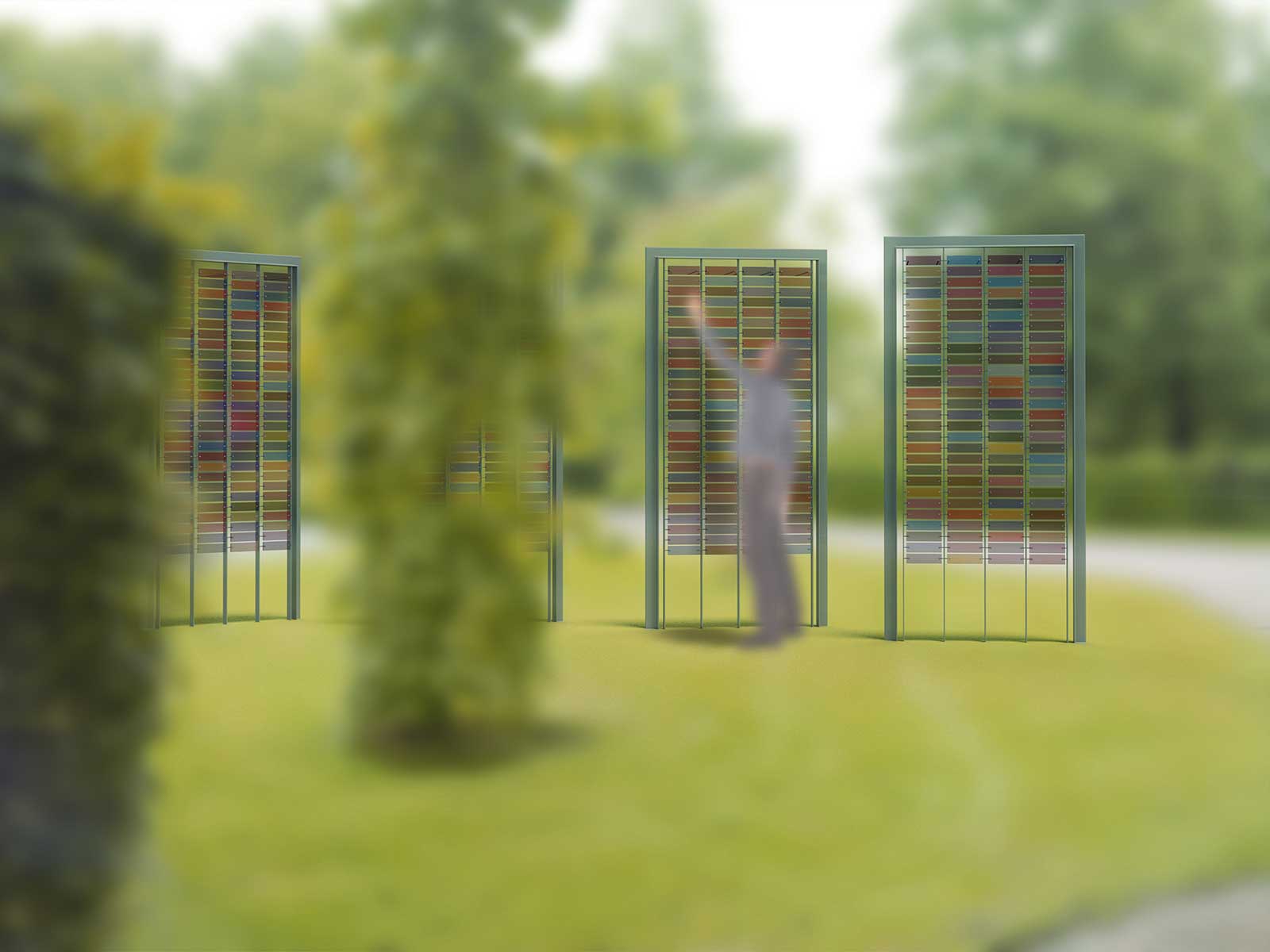 Furthermore, the designs had to be shown in a deliberately somewhat vague context, since the monuments can be placed in numerous configurations and in any environment, in accordance with to the wishes of the client. 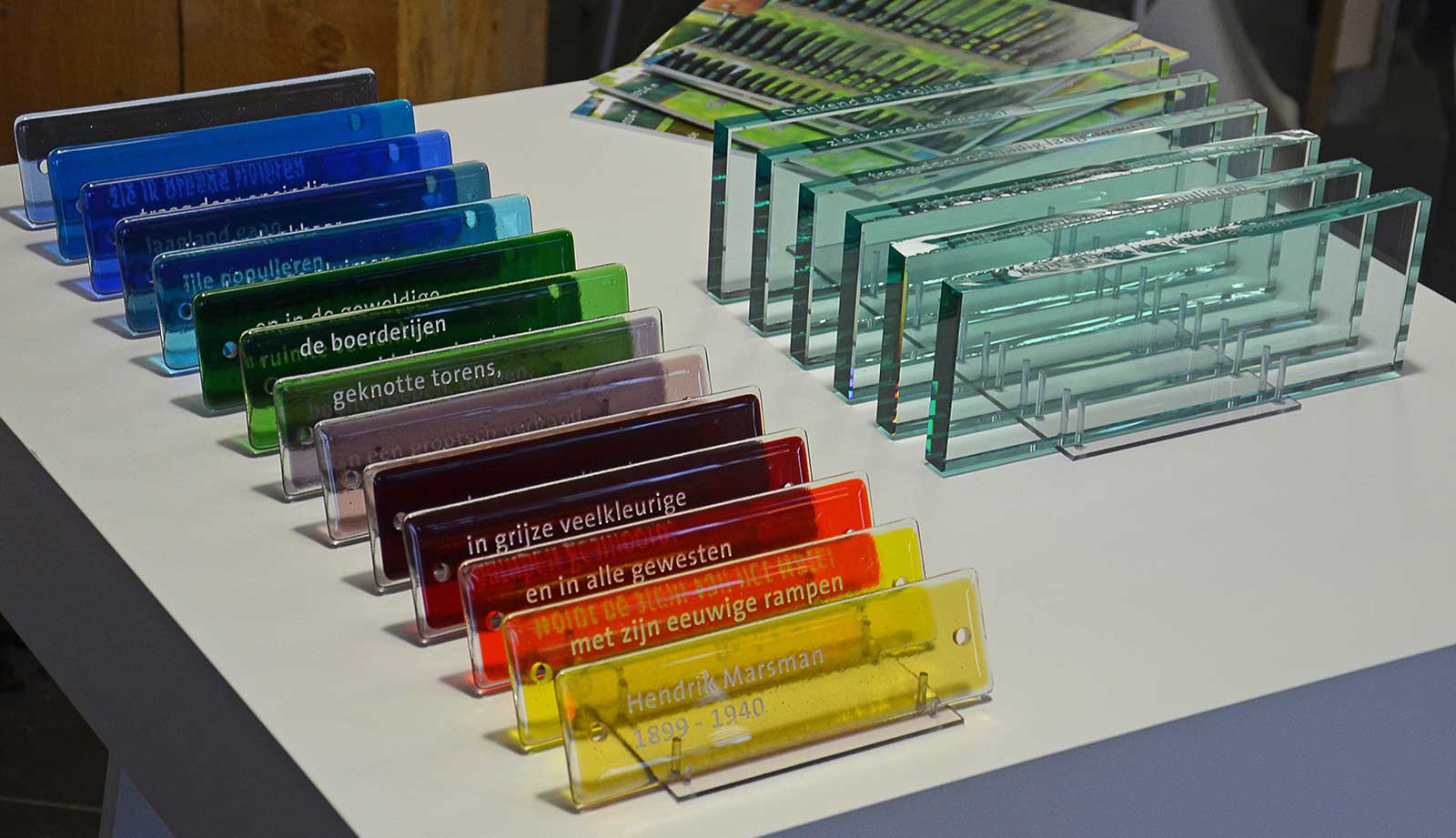 On the day(s) of Public Space, 8 and 9 October in Houten, the images were first shown to the world. The visualizations can also be seen on the website of Dirry Ontwerpt!