A few weeks ago I received an email from someone who asked my permission to use Modified Mars as a setting for a novel. Modified Mars is a project that I conceived eight years ago, and it’s about terraforming the world currently known as the Red Planet.

A brief explanation for those who rarely or never read science fiction: terraforming (literally earth formation) is the alteration of a planet in such a way that Earth organisms, including humans, can thrive there. Terraformers are especially interested in Mars for several reasons: the planet is not too big, not too small, not too far from the sun, but not too close either, and one day lasts only a little bit longer than on Earth.

No Star Trek technology is needed to terraform a planet. In fact 19th century technology can do at least part of the job. Although some people are still in denial, it looks as if we are unintentionally modifiying our own planet. And though global warming could have disastrous consequences on Earth, on Mars it may be very welcome. 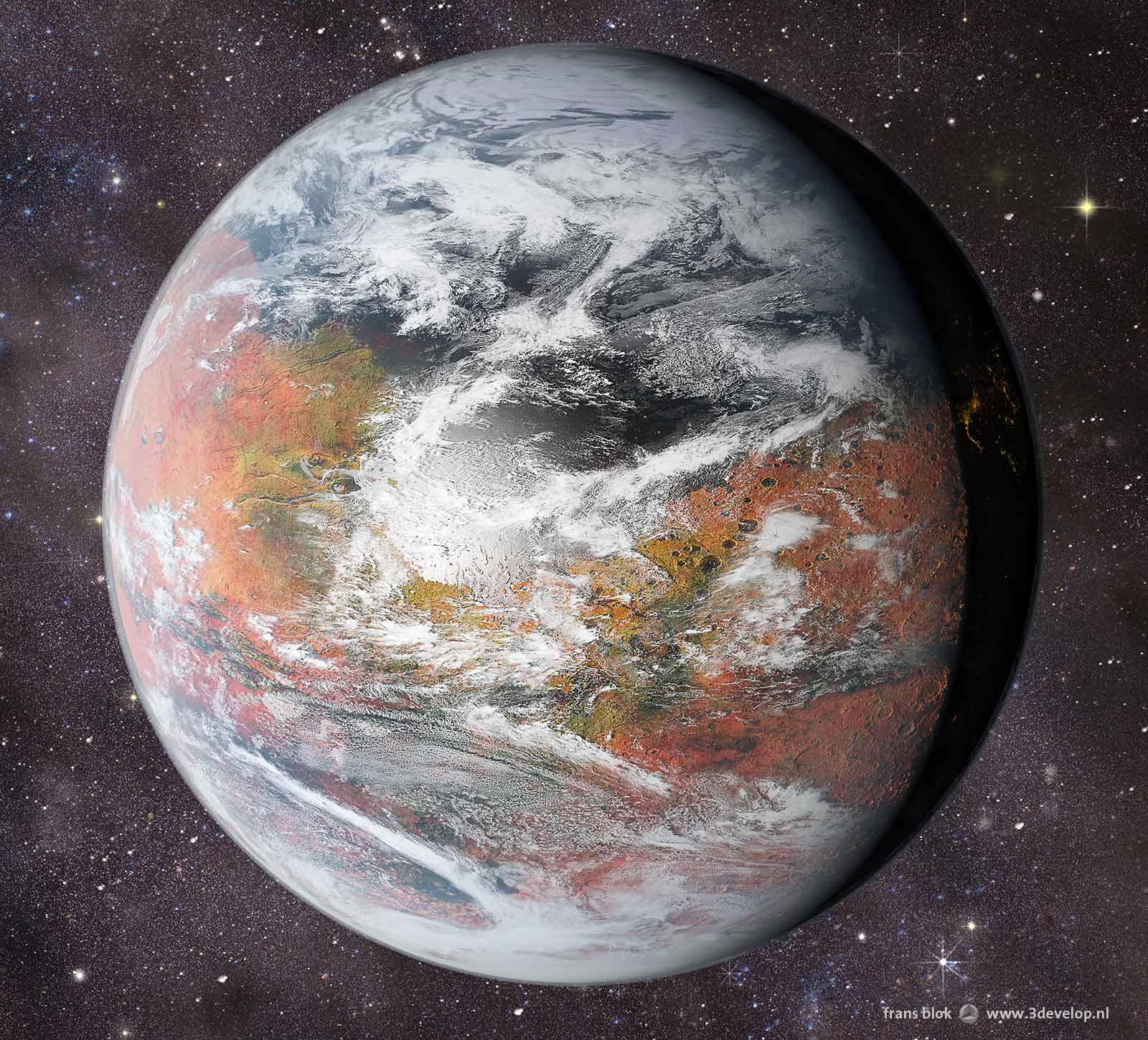 It’s very easy to get into ethical discussions about terraforming, like about the question if we’re allowed to “play God”. With Modified Mars I wanted to keep away from that somewhat premature debate. I mainly wanted to investigate what this terraformed Mars would look like, which interesting places would be there. Let’s call it the touristic perspective.

I made a map, based on the actual topography of Mars. I picked a contour line that would be a beautiful coastline and tried to imagine what climate and vegetation zones would emerge. I invented a future history in which the powers on Earth can’t stand the temptation to claim a piece of the planet for themselves. And I came up with a set of place names, inspired by what happened in America: a mixture of names from the old and the new world, combined with of names that seem to have fallen from the sky.

I claimed a domain, www.modifiedmars.com and put the result of my work there. And then other projects demanded my attention so I almost forgot about Modified Mars. It didn’t seem to get very crowded there anyway; only very occasionally I got an email like that one about the novel.

That last email prompted me to look into it once more. And actually public interest isn’t that bad. I get more visitors on Modified Mars than on my business website which I promote so enthousiasticly. I also found out I made some sales in the gift shop. Just enough to buy a few beers in the pub, but still…

If a website can build an audience without any form of promotion, there should be more possible if I put some work into it again. So that’s what I’ve done in the last few weeks: a new look, a twitter account and new “Marschandising” in the gift shop. Meanwhile I am getting very curious about that novel.