A Mole’s View: a Mirrored World Map in Digital Bronze

A few months ago I published a world map based on the perception of a penguin. A polar projection with Antarctica in the middle and the other continents grouped around it, some of them severely distorted.

I do not intend to make a tour of the entire animal kingdom, but there was another species that asked for a cartographic interpretation: the mole. 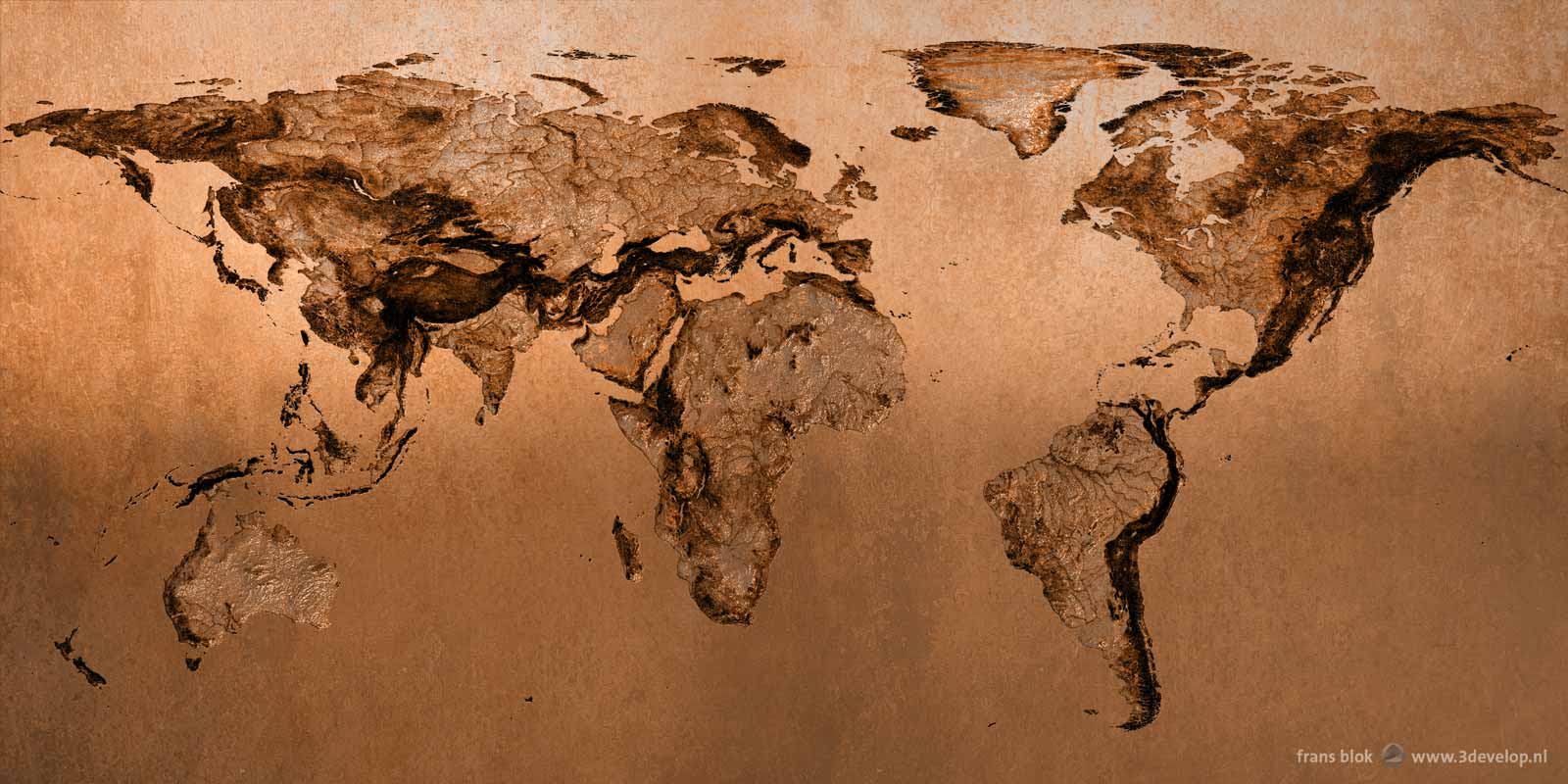 The mole (Talpa europaea) is a small subterraneously living mammal of the family of Talpidae. So now we know where media tycoon John de Mol, creator of The Voice, got the name for his company Talpa (you may have guessed mol is the Dutch word for mole)

How does a mole see the world? You might think the answer is: not at all . Aren’t moles blind? That is not entirely true; the creature mainly uses other senses like touch, smell and hearing, which makes sense in the dark. Nevertheless it can see something with its small eyes.

And of course, the concept of “seeing” must be, well, seen in a broader sense. How does a mole experience the world, may be a better way of asking the question.

Because a mole lives mainly underground, you could say that it looks at the world from below. A molar world map is thus mirrored. The America’s on the right, Asia and Australia on the left; it takes some time to get used to it.

I briefly considered making the map of clay, sand or other soil types. But I finally chose a somewhat classier version in digital bronze. After all, I’d like it to one day decorate a wall in John de Mol’s office. Moreover, the bronze’s earthly brown color, fits well with the concept, in my humble opinion. 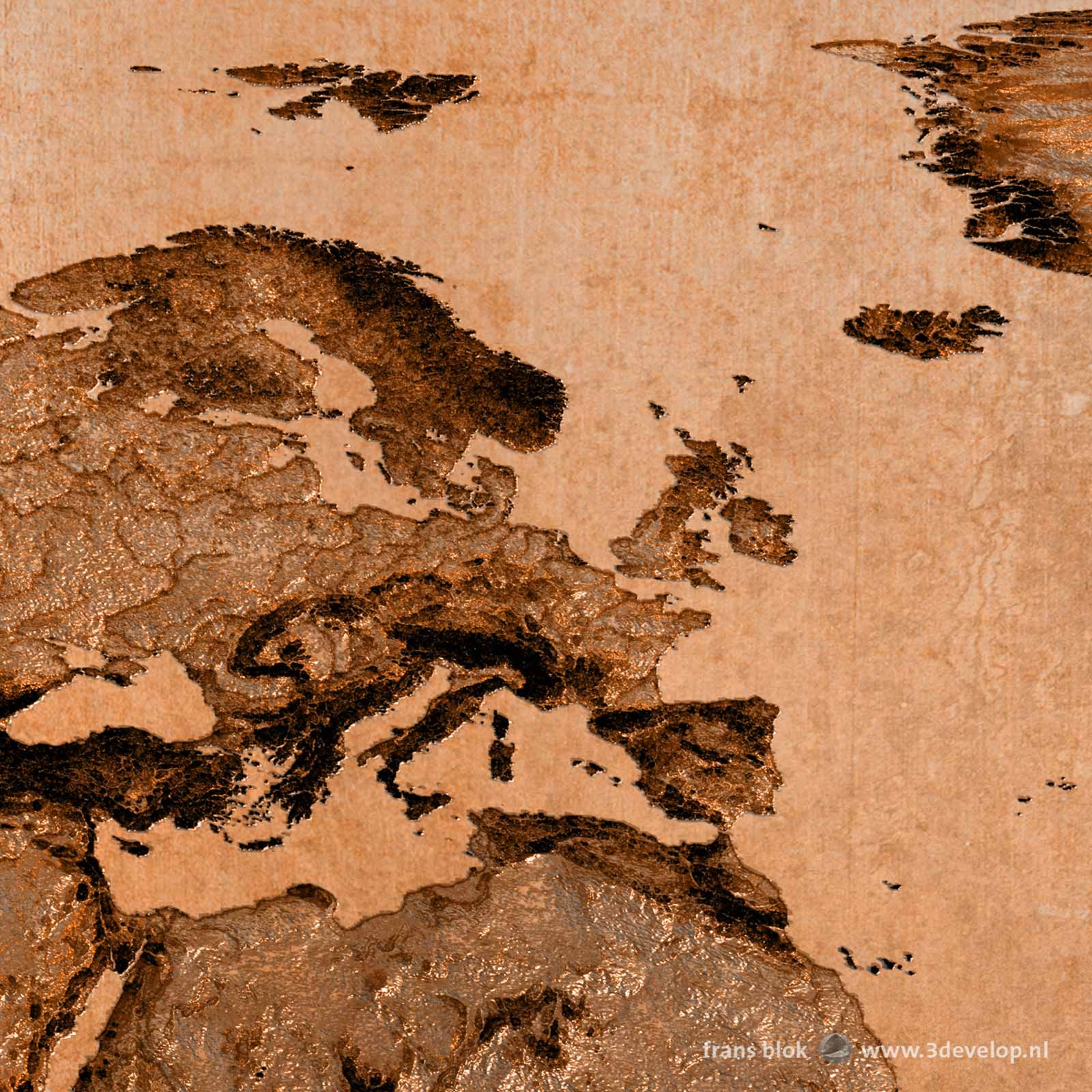