My Way to Minimize the Effects of a Grexit 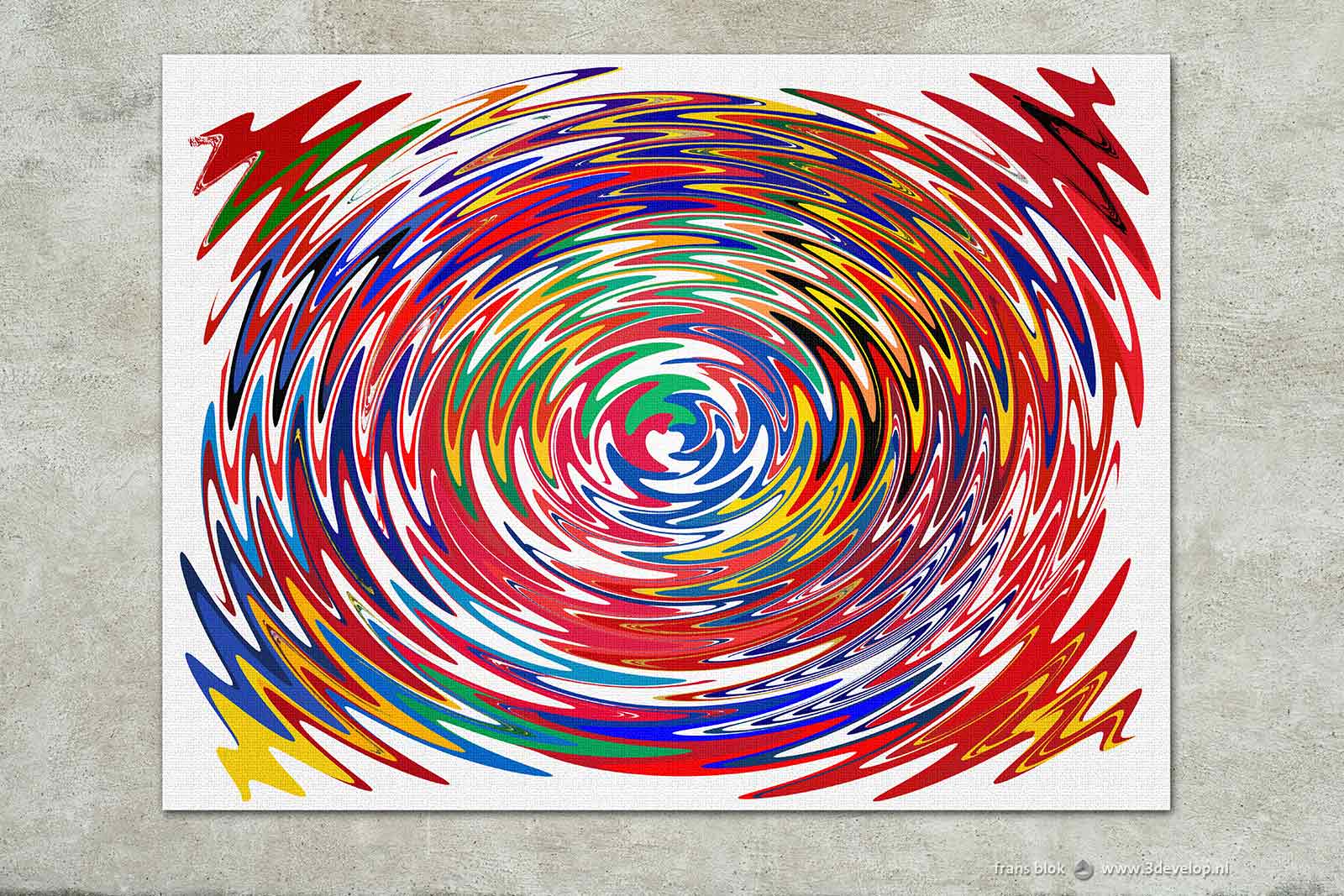 It was perhaps not the best time to do something creative with the flags of the 28 member states of the European Union. With the results of the Greek referendum in this morning’s papers, the future is uncertain. There may very well be only 27 members states somewhere in the very near future. And in that case my flag project is instantly outdated.

Moreover, one of the characteristics of a political union like the EU is that countries can join or leave. In the past, only the first happened and currently the second option seems to become fashionable but the current gloomy mood can suddenly change again. It is therefore unlikely that there will be 28 member states forever, Grexit or not.

So I decided to take a broader approach. Europe is, after all, more than just the European Union. Europe is a continent and which country belongs to it changes less rapidly than the member list of the Union. Greece may step out or be kicked out of the EU, but the country will not sail away and become part of Asia or Africa.

However, also this operation is not without pitfalls. There are a number of areas on our continent which are independent in practice but not recognized by “the international community”: Kosovo, Northern Cyprus, Transdniestria. I’ve left them out of the selection for now.

There are some countries that take part in the European Football Championships but that are part of a larger political entity: the Faroe Islands, as well as Scotland, England and Wales. I have not incorporated those constituent parts. And Israel and Australia are also out; taking part in the Eurovision song contest does not make you a European country.

And actually, the whole concept of Europe as a continent is debatable. Europe is a peninsula that is attached to Asia and, as such, comparable to India. However, there is consensus among geographers about where Europe’s borders are. Though some countries are only partly within those borders (Turkey, Russia, Azerbaijan and Armenia) I have  included them. And I’ve also included islands like Cyprus, Malta and Iceland, although you could easily say they’re part of  Asia, Africa or America.

A total of 49 European countries fit the above criteria. I wanted to have 48 of them because that number can be so beautifully divided into 8 by 6 fields. Therefore, I also added the requirement “larger more than one square kilometer”, so I could leave the Vatican out. With my apologies to Pope Benedict, who seems to be a nice guy. 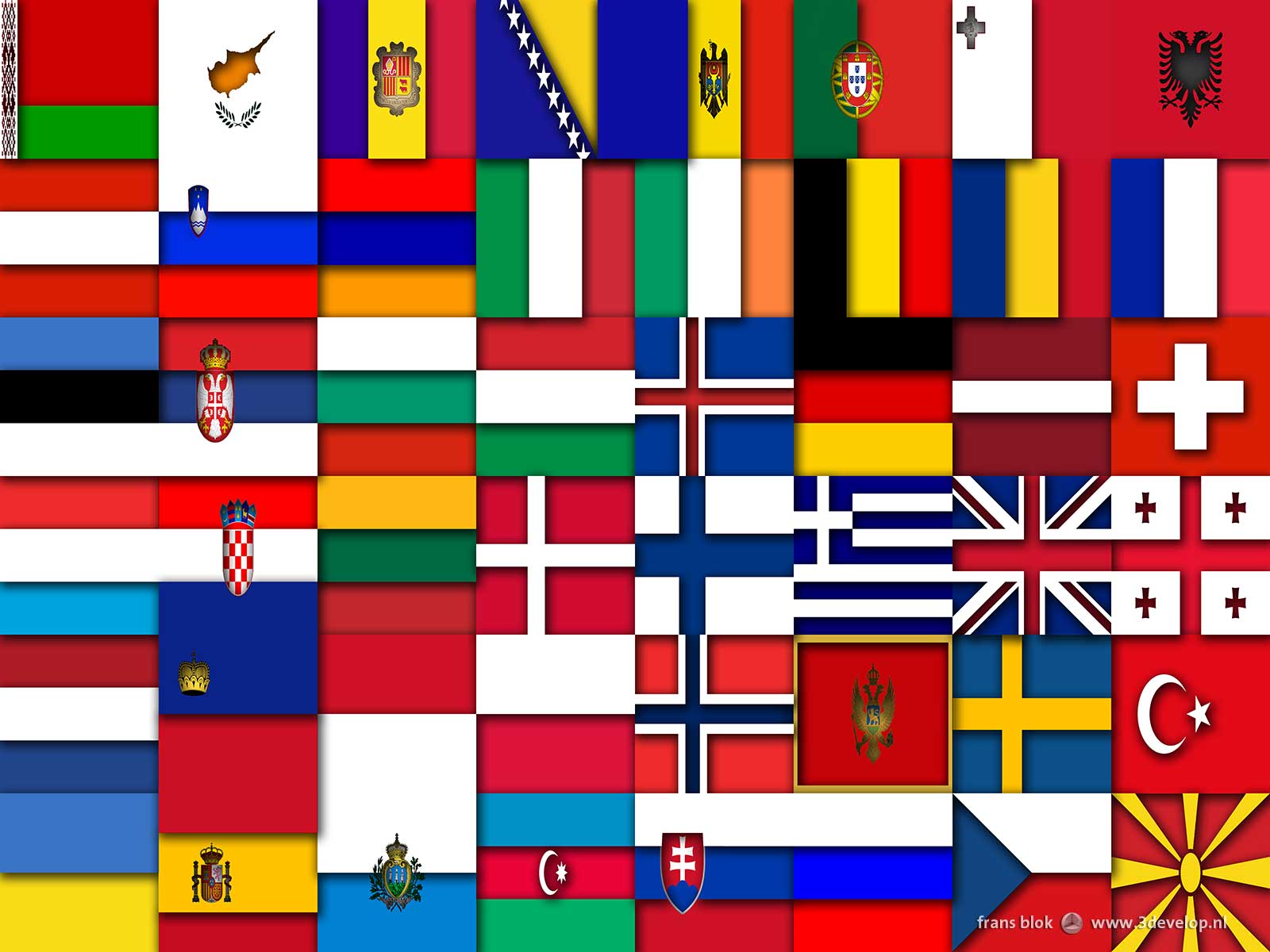 You can arrange 48 flags in 48! (48 factorial, as mathematicians say) ways, but I have not calculated how much that is exactly, or even approximately. As with the 28 flags of the previous project I moved these 48 flags around with the sole purpose of creating a composition in which colors, surfaces and lines merge into one another.

See for example how the white of Cyprus and Slovenia merge into one field, like the blue of Bosnia and Moldova or the red of Liechtenstein and Spain.

I’ve applied the same further operations as in the previous round. So the stained-glass window is here again… 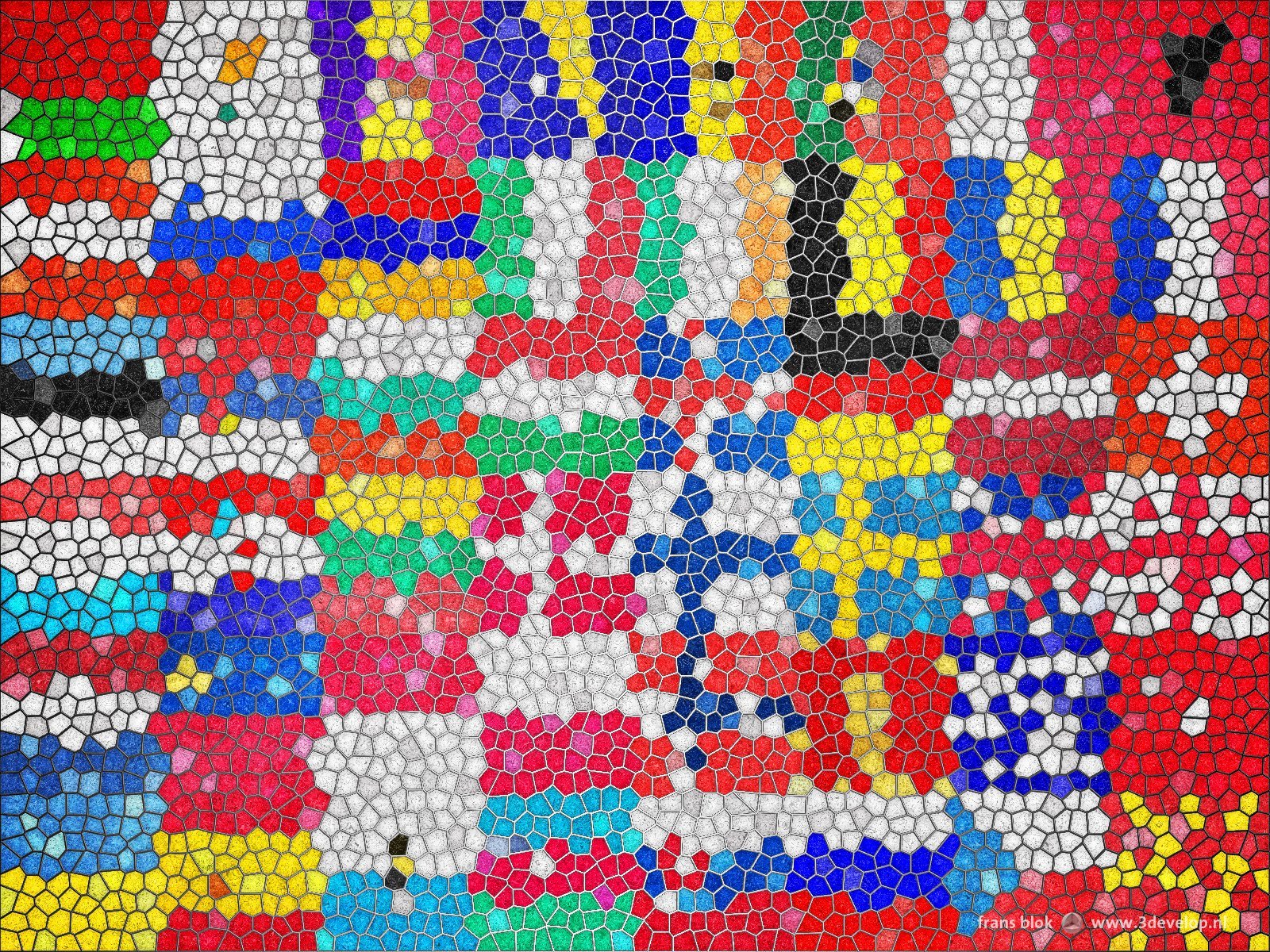 …just like the halftone pattern shown below. Up close that one looks  rather different than from further afield; it really pays to take a considerable distance from the screen: 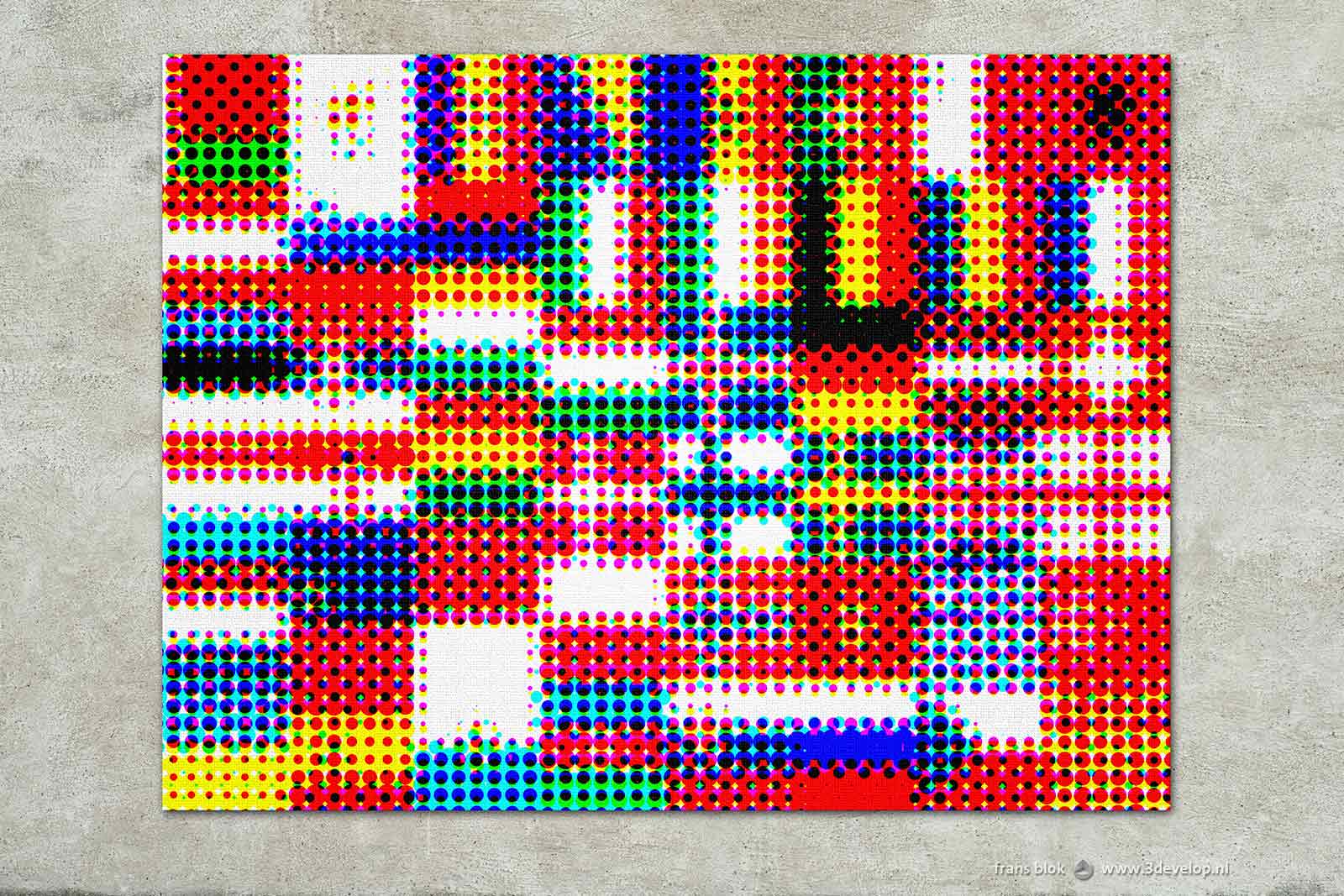 The entire flags project, now consisting of 14 paintings, can be viewed in my online gallery.