Open Monuments Day 2017 in Rotterdam: Churches, Shelters and Other Heritage

On 9 and 10 September, doors opened that usually stay closed. Although the name is still singular, Open Monuments Day now covers the entire second weekend of September. Over the years, I’ve seen many Rotterdam monuments during those days. But fortunately, the program offers new surprises every year. And sometimes it’s fun to revisit a monument as well.

I had been in the Schielandshuis, the only 17th century building in the city center , when it was still Museum Rotterdam. These days, it’s used by Rotterdam Partners, an organization dedicated to the promotion of the city (and no one can deny that they have been quite successful lately)

Much of the building has been refurbished, in a modern and very tasteful style. But fortunately the period rooms on the ground floor are still there: 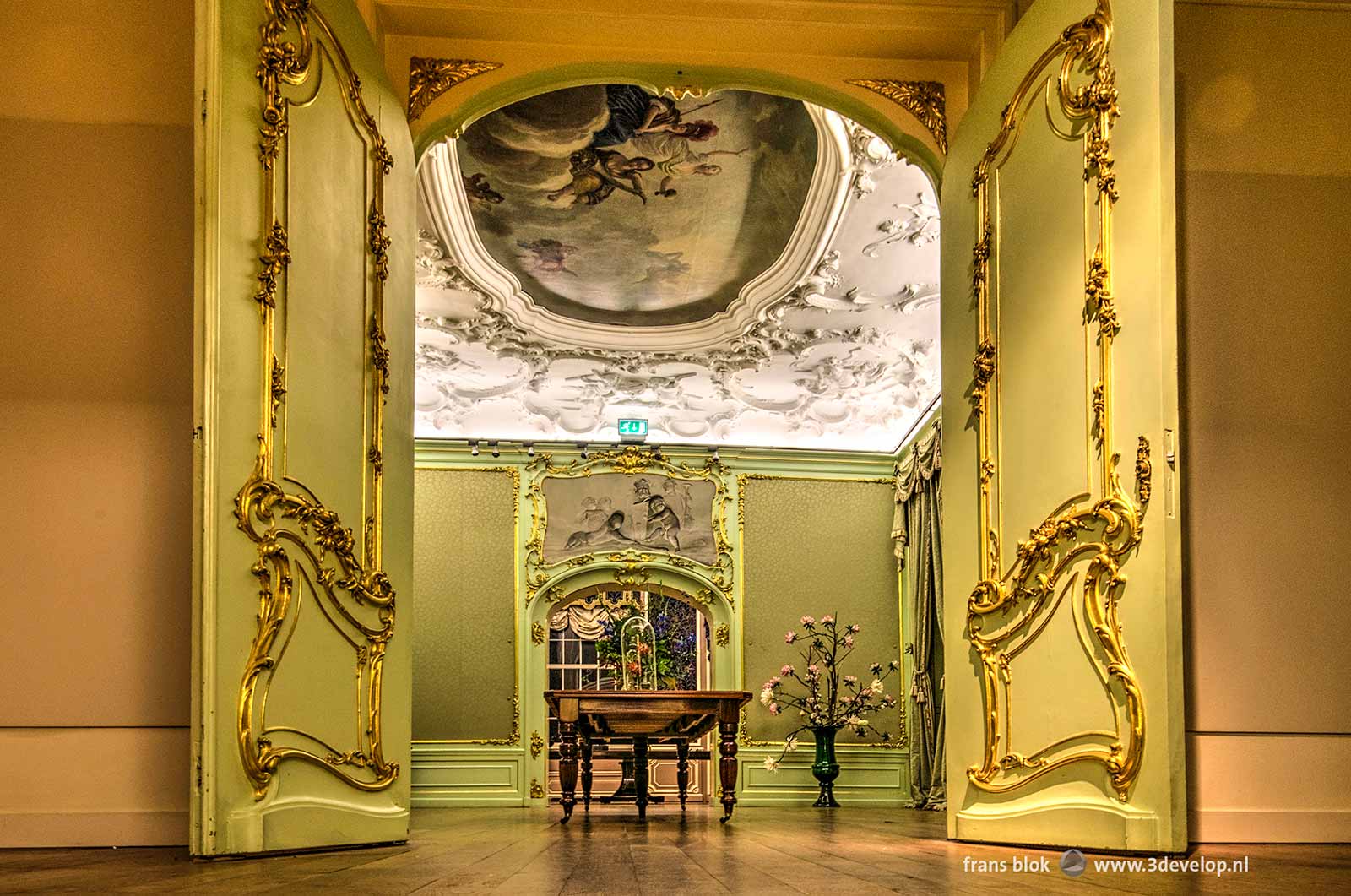 Of course, I had also been to the Town Hall before, to get a new passport or to vote. During Open Monuments Day we were given a tour through a number of rooms that are habitually not accessible, like the wedding hall and the office of the mayor. And the Citizen Hall, which is famous for Feyenoord’s honorings, but on those occasions it not that obvious that it’s such a great space: 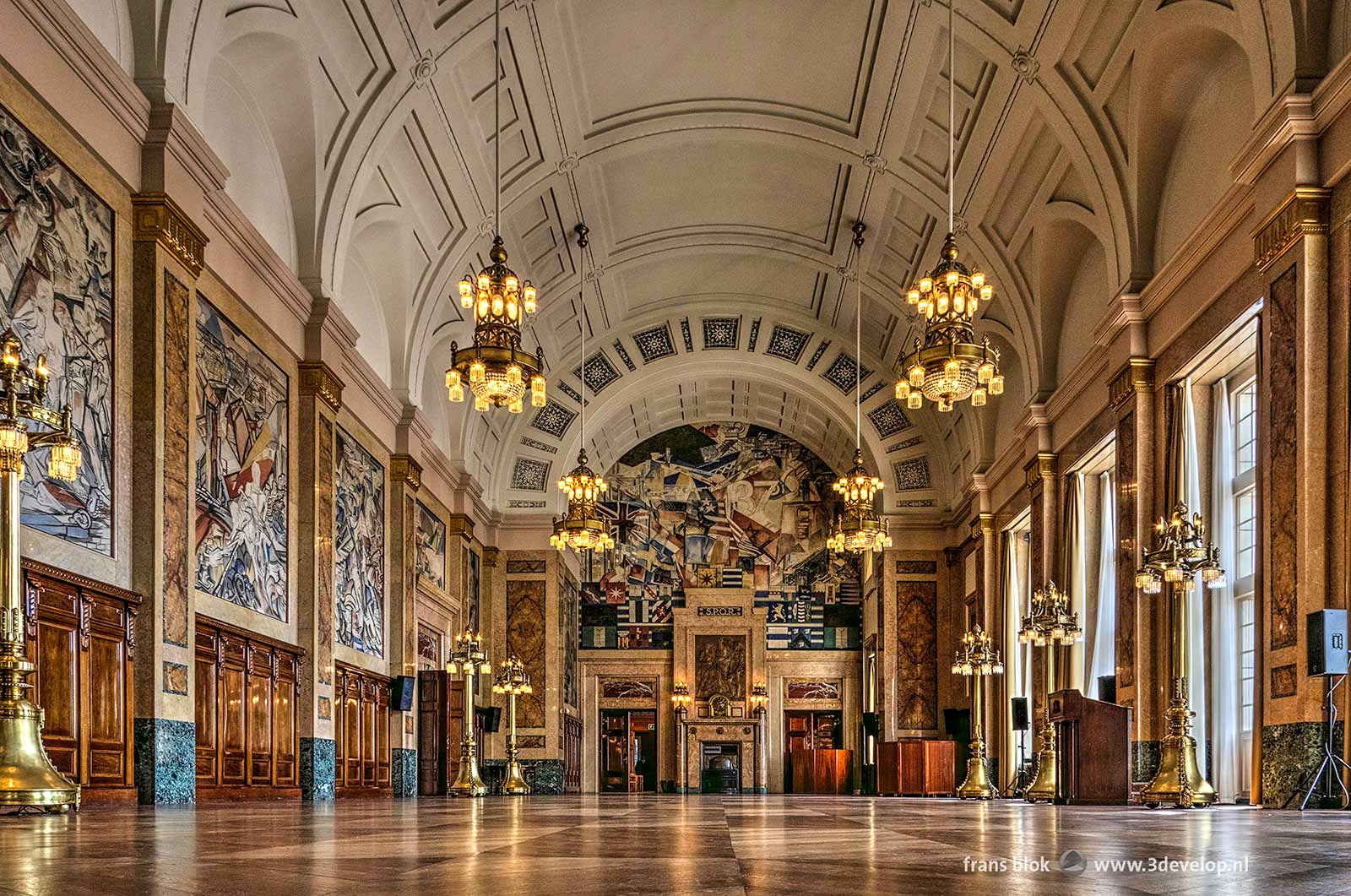 Also a government building, but of an entirely different order, is the atomic bomb shelter under the Museum Park. Once upon a time there were many more of those but almost all of them have been removed; that has not happened with this shelter because it is built at the base of a dike. There is now a Cold War Heritage Foundation that makes the case for preserving these remains from a rather recent past.

Our visit to the shelter was a claustrophobic experience. The space is about 2 by 7 meters and could accommodate about 50 people for two days during and after a nuclear attack. To be honest, I thought it was already pretty cramped with about 30 visitors. Even though we were only there for fifteen minutes, the poop bucket was not in use and the world as we knew it most likely still existed. 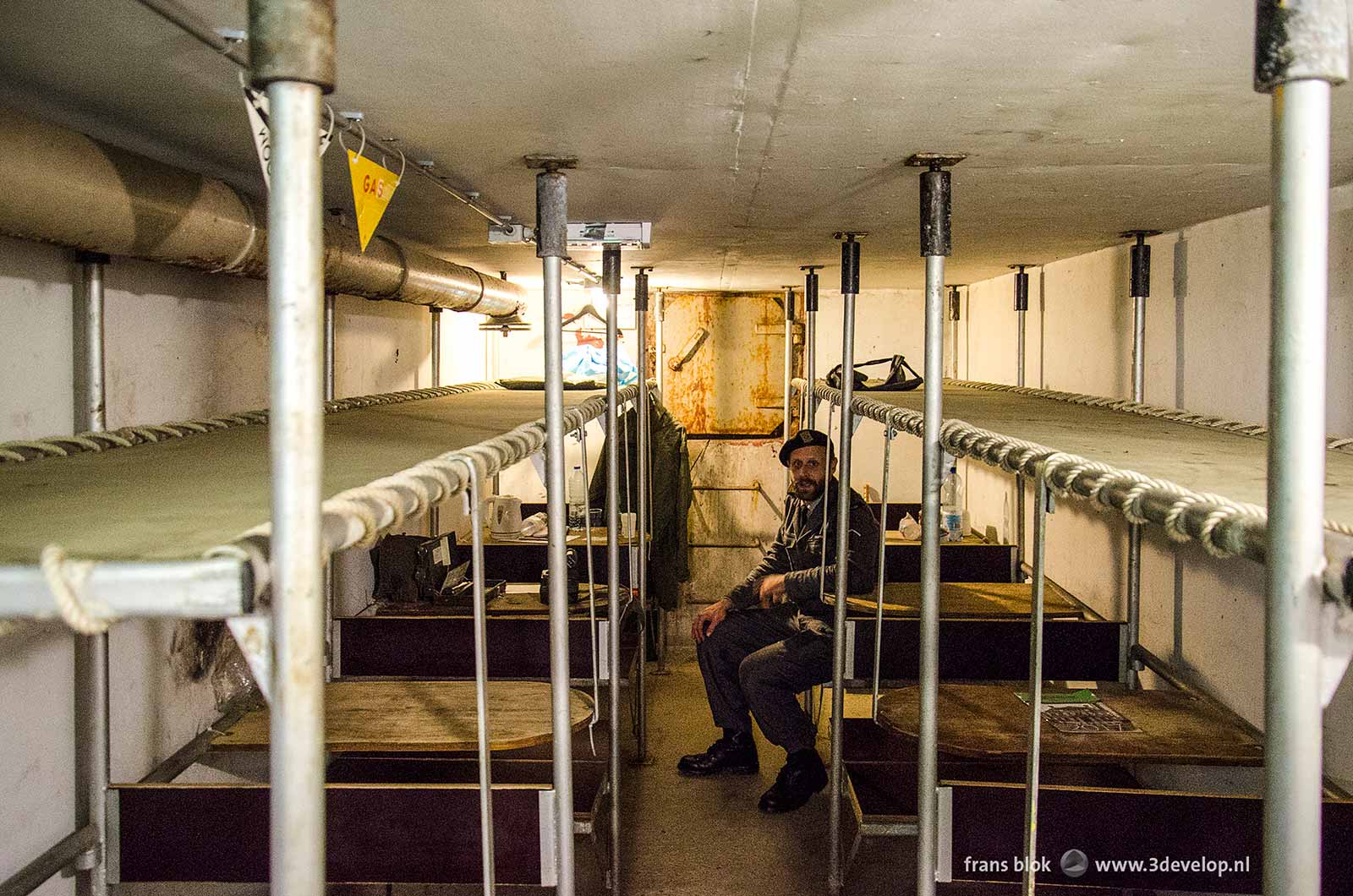 Churches are hard to avoid during Open Monuments Day. When a violent thunderstorm struck the city we found refuge in the Steiger Church. Located right in the center of Rotterdam on a stone’s throw away from the High Street. A church from the post-war reconstruction era and therefore with a relatively austere interior, but with a beautiful stained glass front facade. When I look at the picture, I wish I’d pushed those two chairs in front away. But maybe a little Photoshopping can do the job. 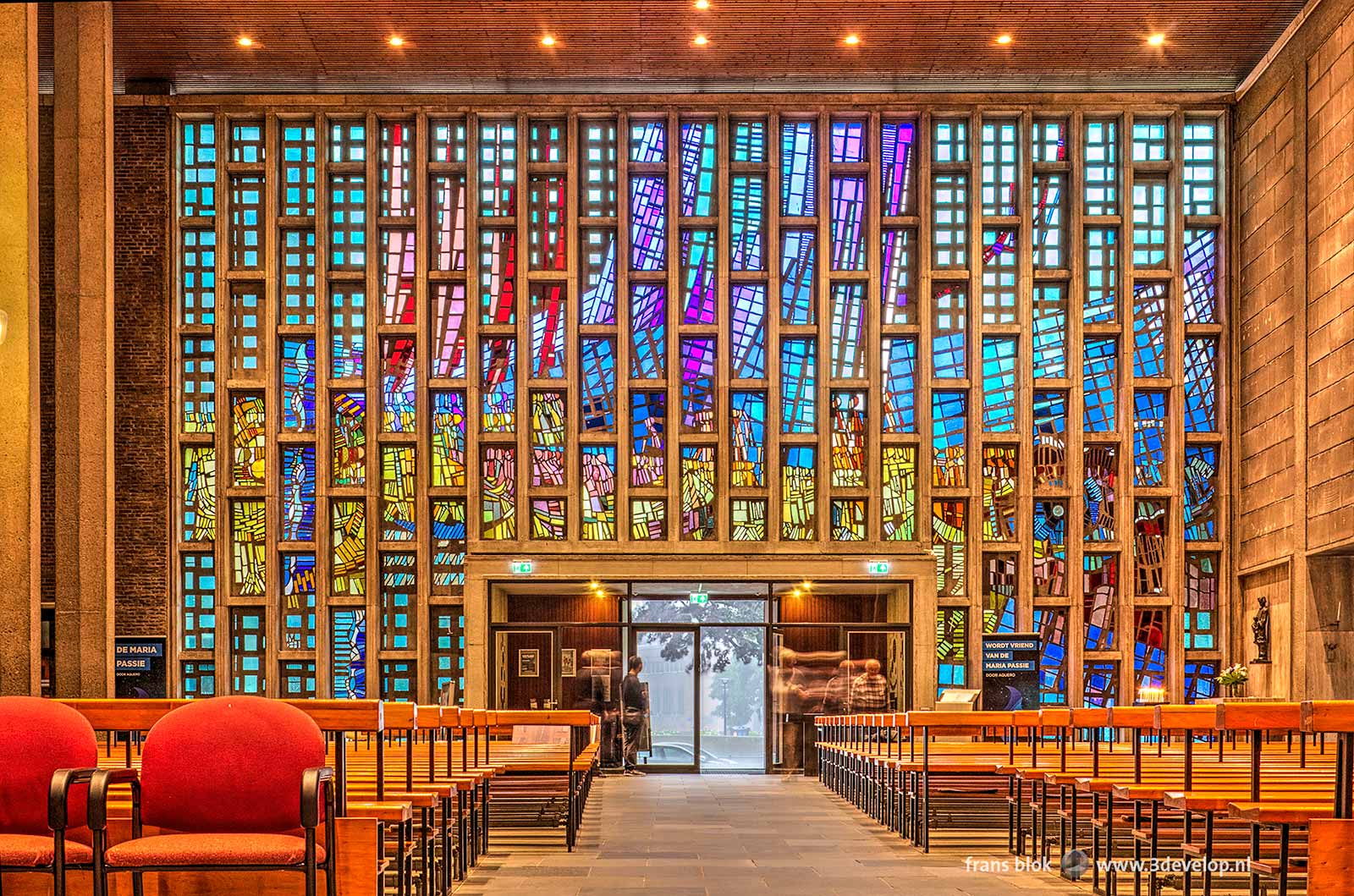 A little older, from 1913, is the Bergsingel Church, located in the Old North. Built in a so called protestant rationalist style, designed by architect Tjeerd Kuipers. But rationalistic or not, also this church has some beautiful stained glass windows. 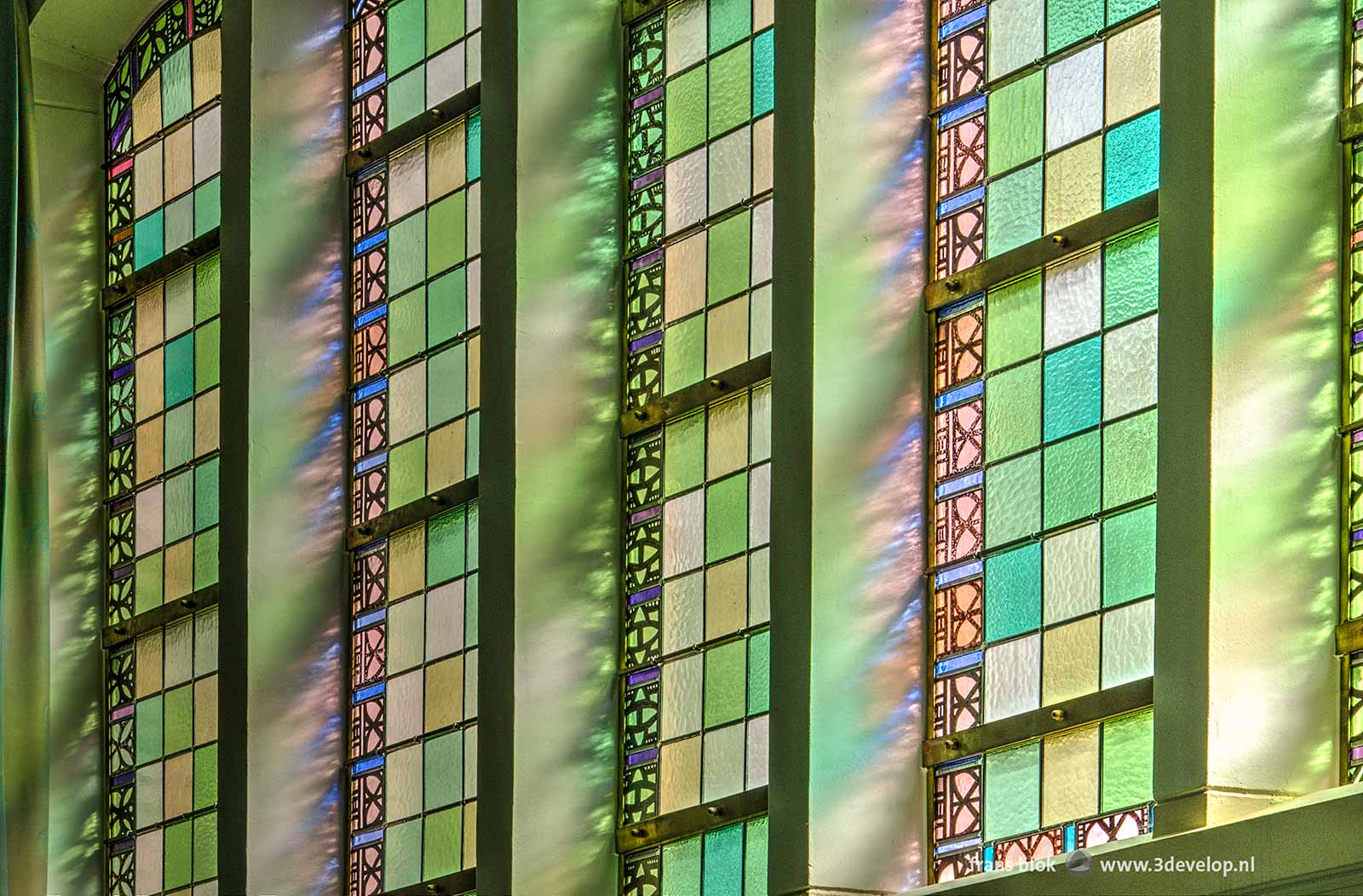 My favorite moment of these Open Monument Days was our visit to the Hef, the iconic railway bridge accross the King’s Harbour. A bridge that has no function anymore since the opening of the railway tunnel in the 1990s. And for which it’s going to be quite impossible to find a new function. Therefore praise to the municipal authorities, who decided to keep the Hef, quite unlike the city’s tradition of demolishing everything that can no longer be used. Recently, the bridge has also been renovated and all the steel parts have been freshly painted.

Unfortunately, we could not climb one of the towers but also from the engine room, the view of the steel construction was phenomenal. 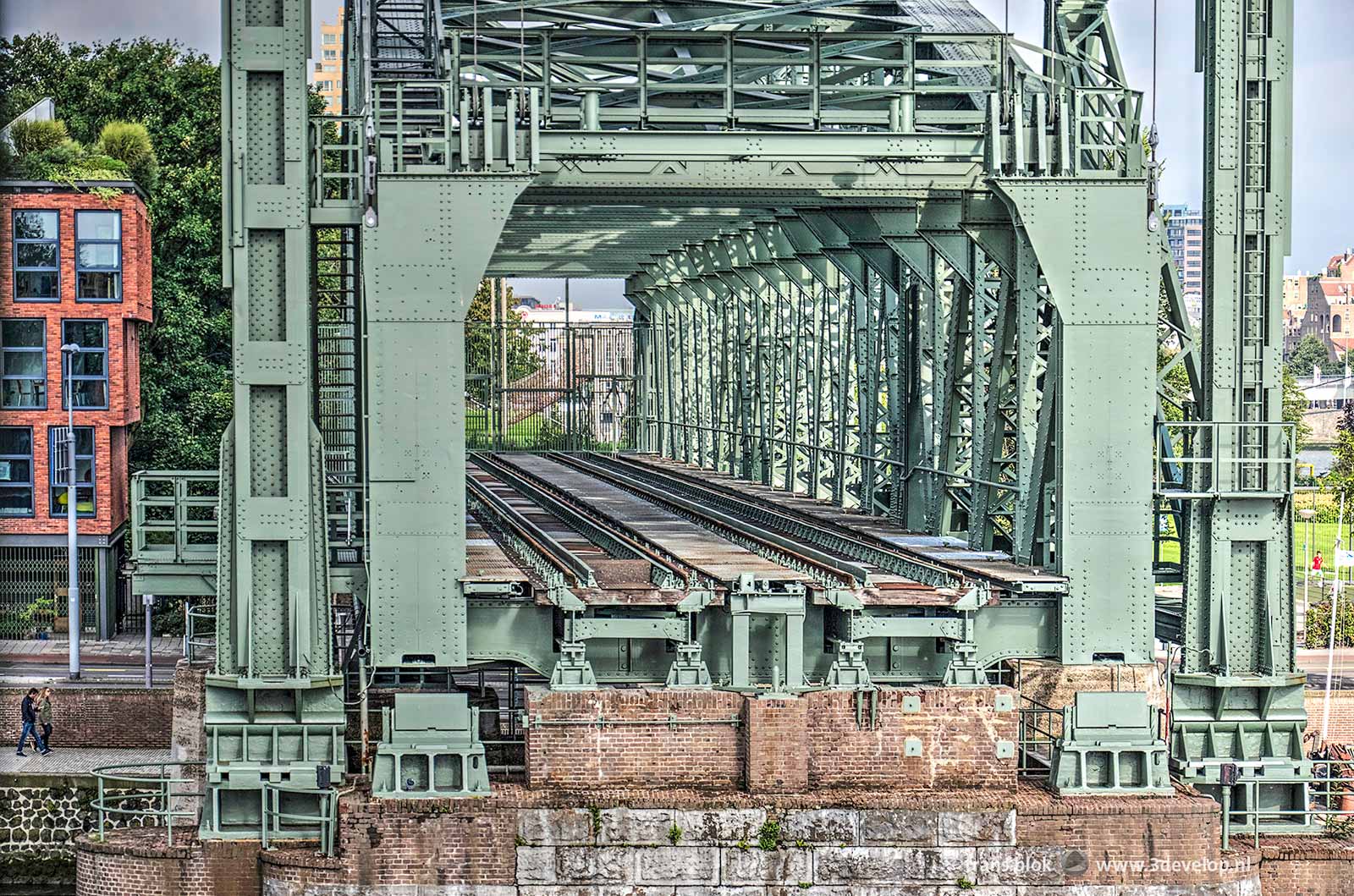 Another highlight, but more literally, was the roof of the White House. Europe’s oldest skyscraper may be 43 only meters high, most buildings in the vicinity are a little lower, which makes for a great view. This way, Open Monument Day became a kind of encore to the Rooftop Days. 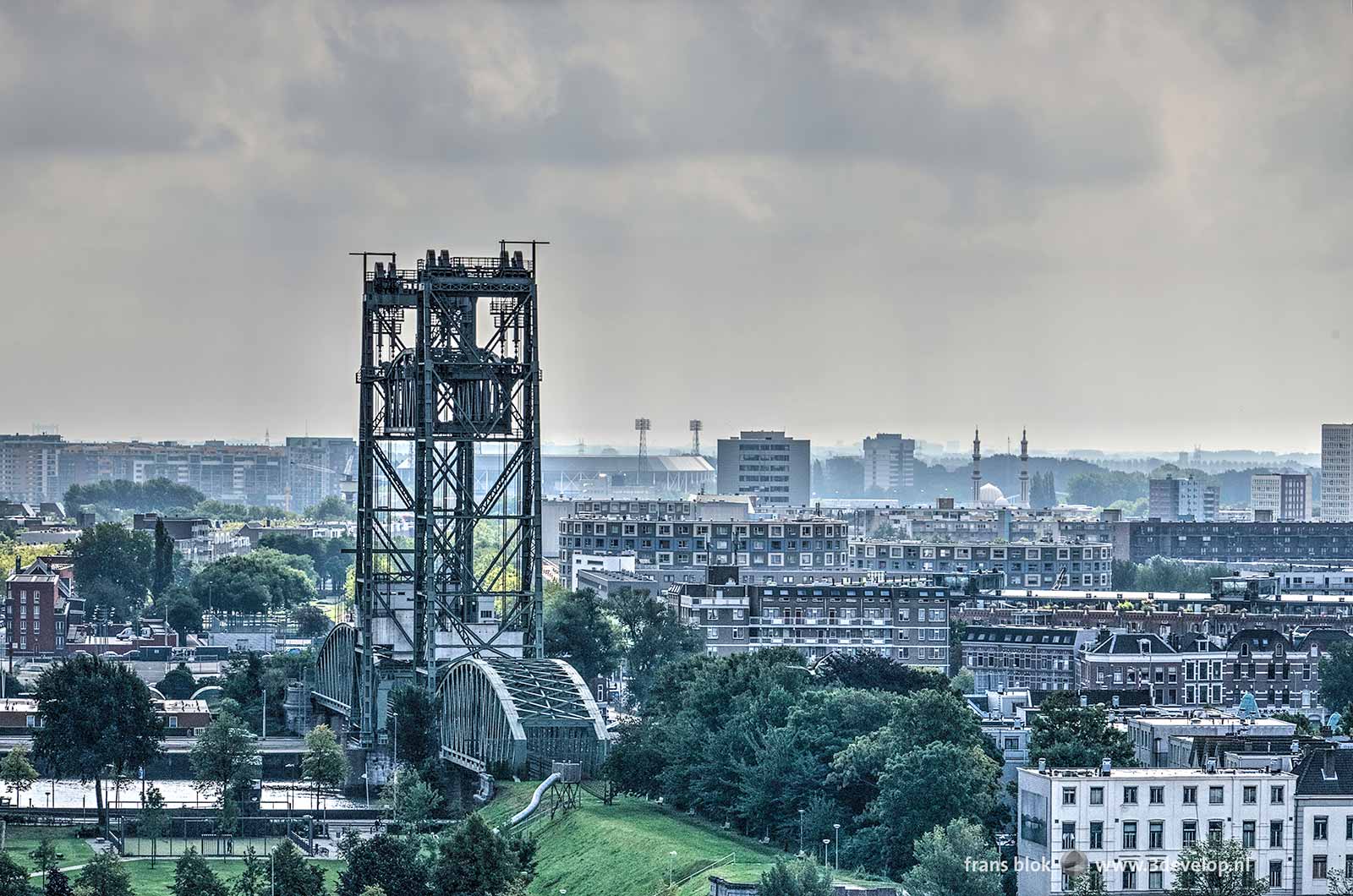 After a visit to the Great Church in the neighbourhood of Overschie, where unfortunately the climbing of the tower was forbidden by the authorities, we ended our monument expedition at Museum Old Overschie. Behind three tiny little houses in Main Street there appeared to be a large complex including a dairy factory, gardens, workshops and a cemetery. The volunteer-driven museum also features a beautiful collection of objects from days gone by, including the coffee grinders and other peripherals shown below. By that time though, we were in for something stronger than coffee. 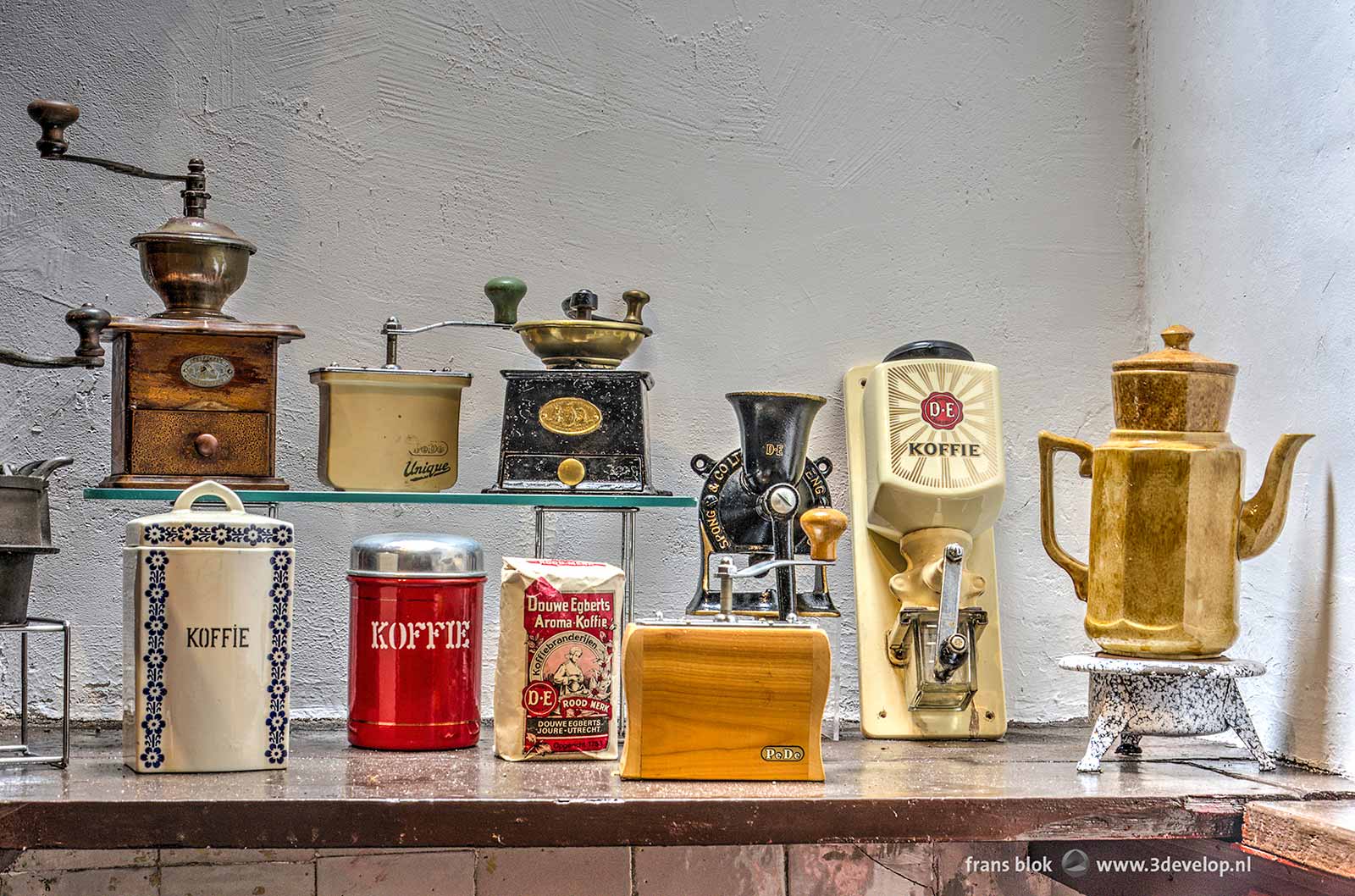