More than eleven years ago, on January 25, 2004, Opportunity, NASA’s Mars Exploration Rover, landed in Meridiani Planum. An identical rover, Spirit, landed three weeks earlier, on the other side of Mars. Both vehicles were expected to remain active for 90 Martian days, more or less equal to three months on Earth. The Martian climate would claim its toll, or so the mission planners feared. Although on Mars the sun shines more than six hundred days a year, the dust storms and large daily temperature differences would surely leave their mark.

But the rovers appeared to be more sturdy than expected. The contact with Spirit was not lost untill six years into the mission. And Opportunity still drives around on the planet after more than a decade and has traveled more than forty kilometres in those years. 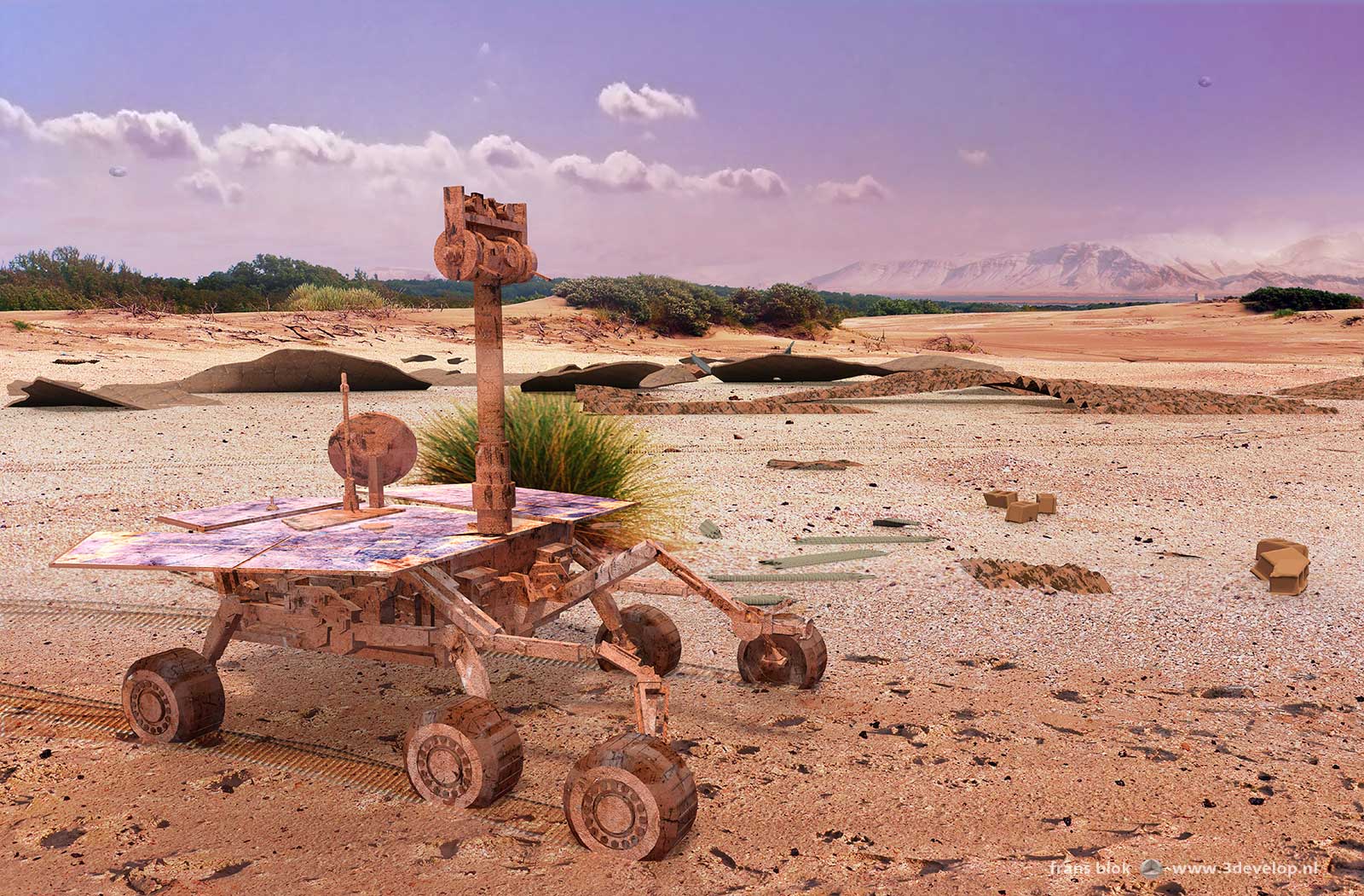 I wanted to extrapolate that stunning fact a little bit further into the future. Because if such a robot can, instead of three months, last for ten years, then why not two hundred years?

And so here we see Opportunity at the time of its bicentennial, in an environment very different from the red plains which we know so well from the pictures. Since terraforming efforts started in the mid-21th century, Mars has changed beyond recognition. There are trees and shrubs, not too high, but nevertheless…. There is liquid water, there is snow on the mountains and wreckage on the beach. In the distance one can see some structures that might belong to a settlement. Strange spheres in the sky leave us, early-21th-century observers, puzzled.

Meanwhile Opportunity drives on tirelessly. Battered and bruised after these twohunderd years: dirt, dust and rust anywhere and the solar panels will determine not work optimally. But our brave rover doesn’t seem to bother.

As a matter of fact, it may not be the elements that will frustrate this scenario. NASA itself has plans to pull the (virtual) plug. For the fiscal year 2016 no budget has been reserved to continue the work with Opportunity. You can see this image as a protest against that. Even though of course, as a non-American citizen, I don’t have too much to say about it.