Orange and the Colors of Reykjavik

“Did you know that the Netherlands made it to the Football World Cup final seven times but didn’t win even once?” A brilliant quote by Kim van Kooten, alias steerswoman Brechtje in Mission Earth, the acclaimed Star Trek pastiche by VPRO television.

The series is set in 2063, so it is not unlikely that there is some truth in this prediction. Or even that the Orange team may become world champion for once.

If not, we haven individual athletes like Dafne Schippers and Ranomi Kromowidjojo (probably the only athlete who has all five Olympic rings in her name).

In other words, even though this country is by necessity cheering for Belgium this summer, there will probably be many beautiful orange moments in the coming decades. 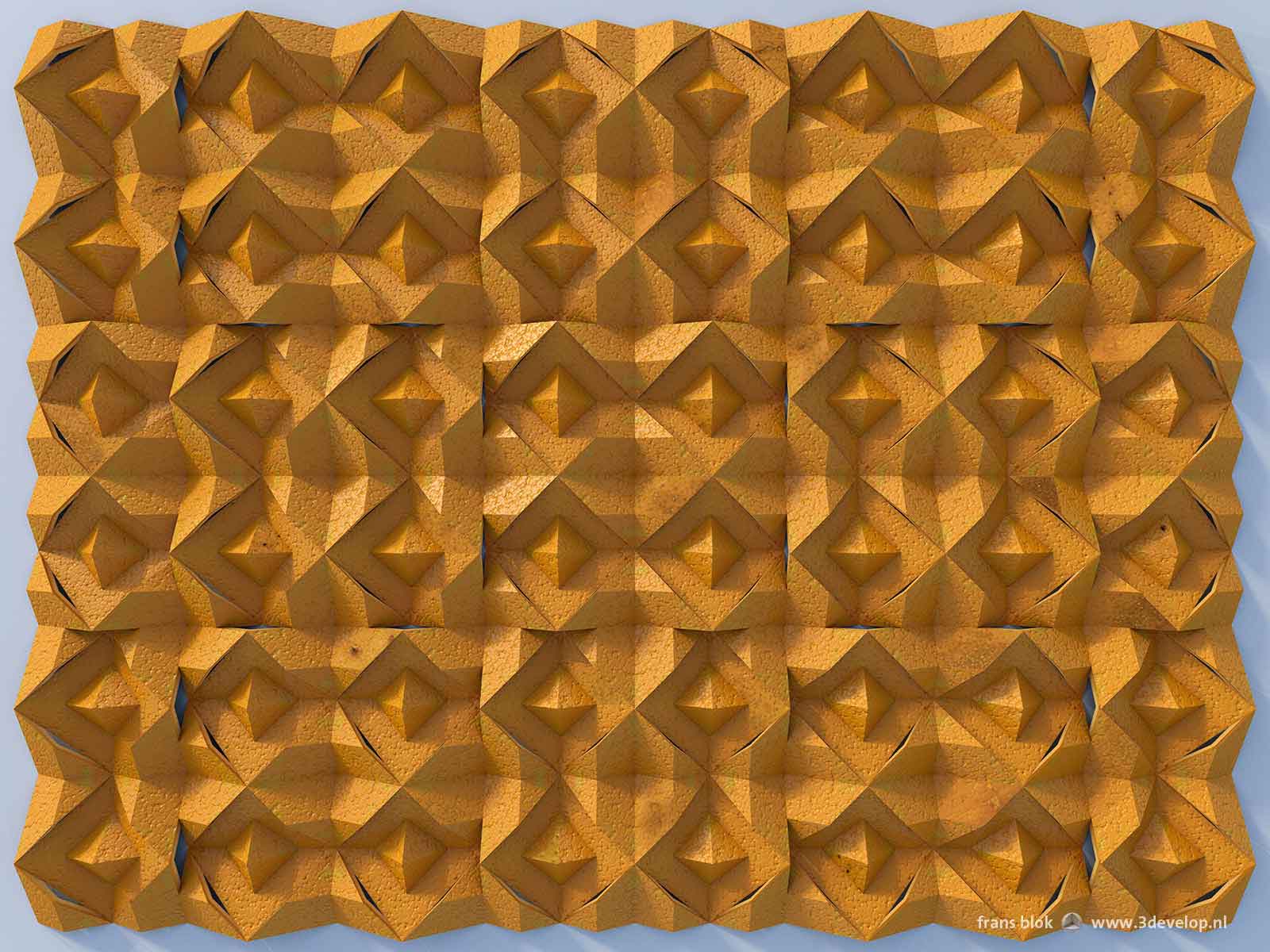 That knowledge simply asks for an orange colored virtual relief. In case you missed it: my reliefs always appear in three versions, made in different, sometimes very exotic, materials. And what material is more suited for an orange relief than the peel of an, ahm, orange? You see? There even isn’t a separate word for it in English.

All colors except orange

Orange happens to be one of the very few colors that can’t really be found in the palette of Reykjavik. That can’t be a coincidence: Iceland was one of the opponents that gave our football team a hard time. Yes, the home match against Iceland is always a tough one.

For those who have never been there: in Reykjavik, and actually throughout Iceland, many roofs and facades are made of corrugated iron, painted in a colorful palette. Just not in orange. These are some pictures that I made at street level in Reykjavik and from the tower of the Hallgrimskirkja: 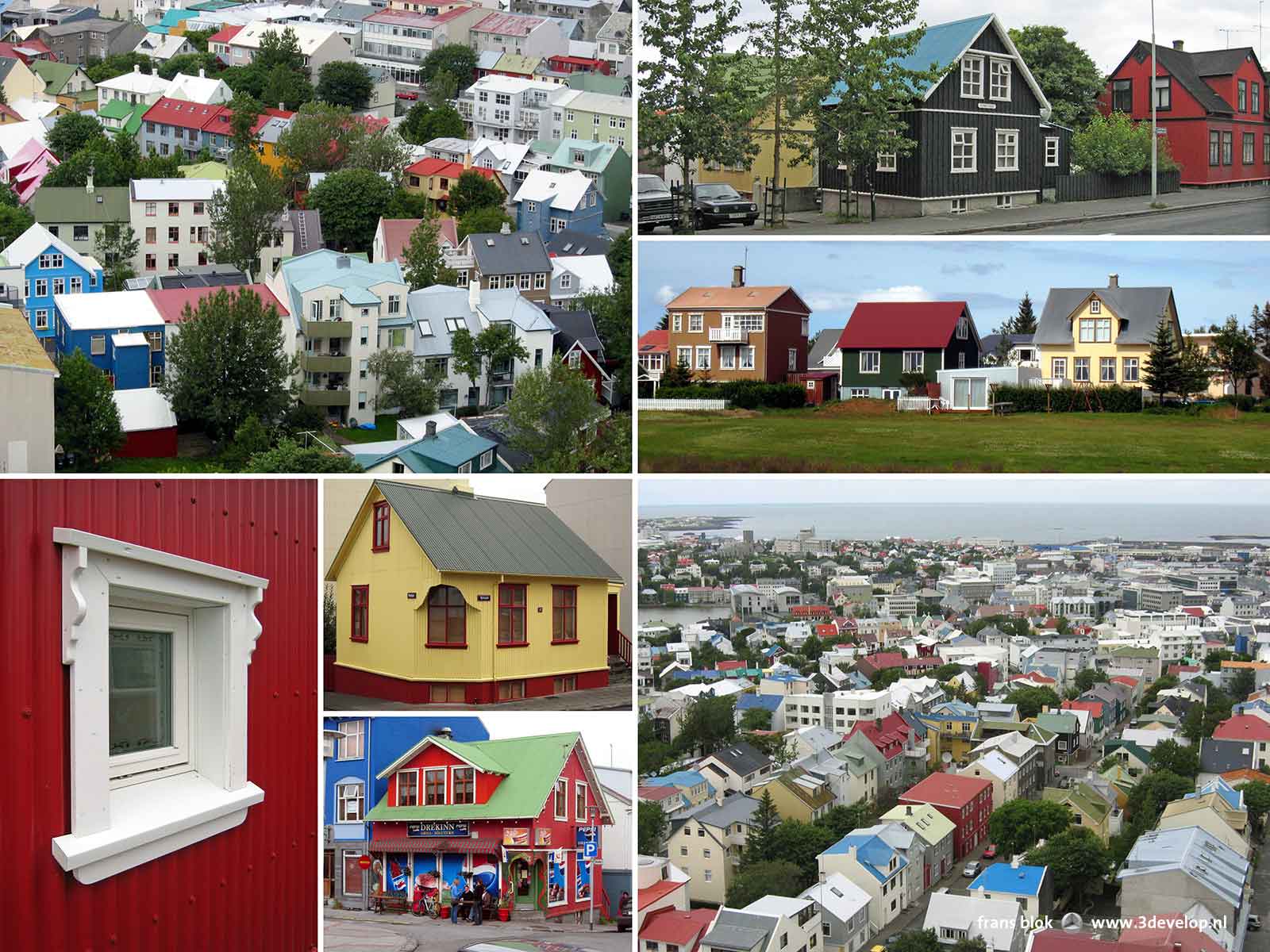 This resulted in the following relief, with the same geometry as the orange sculpture but done in corrugated iron painted in in fourteen different colors, on a moss-green background. 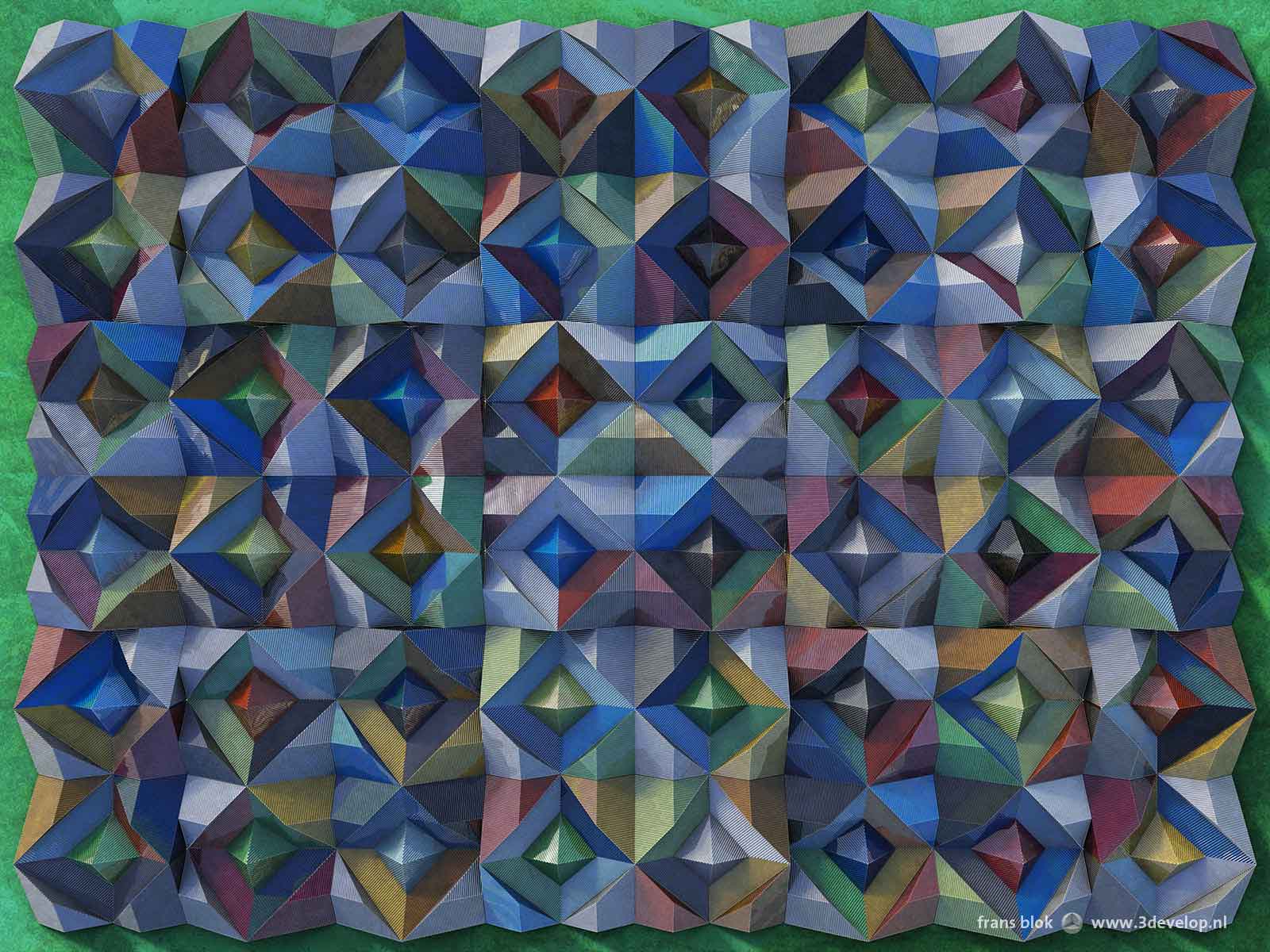 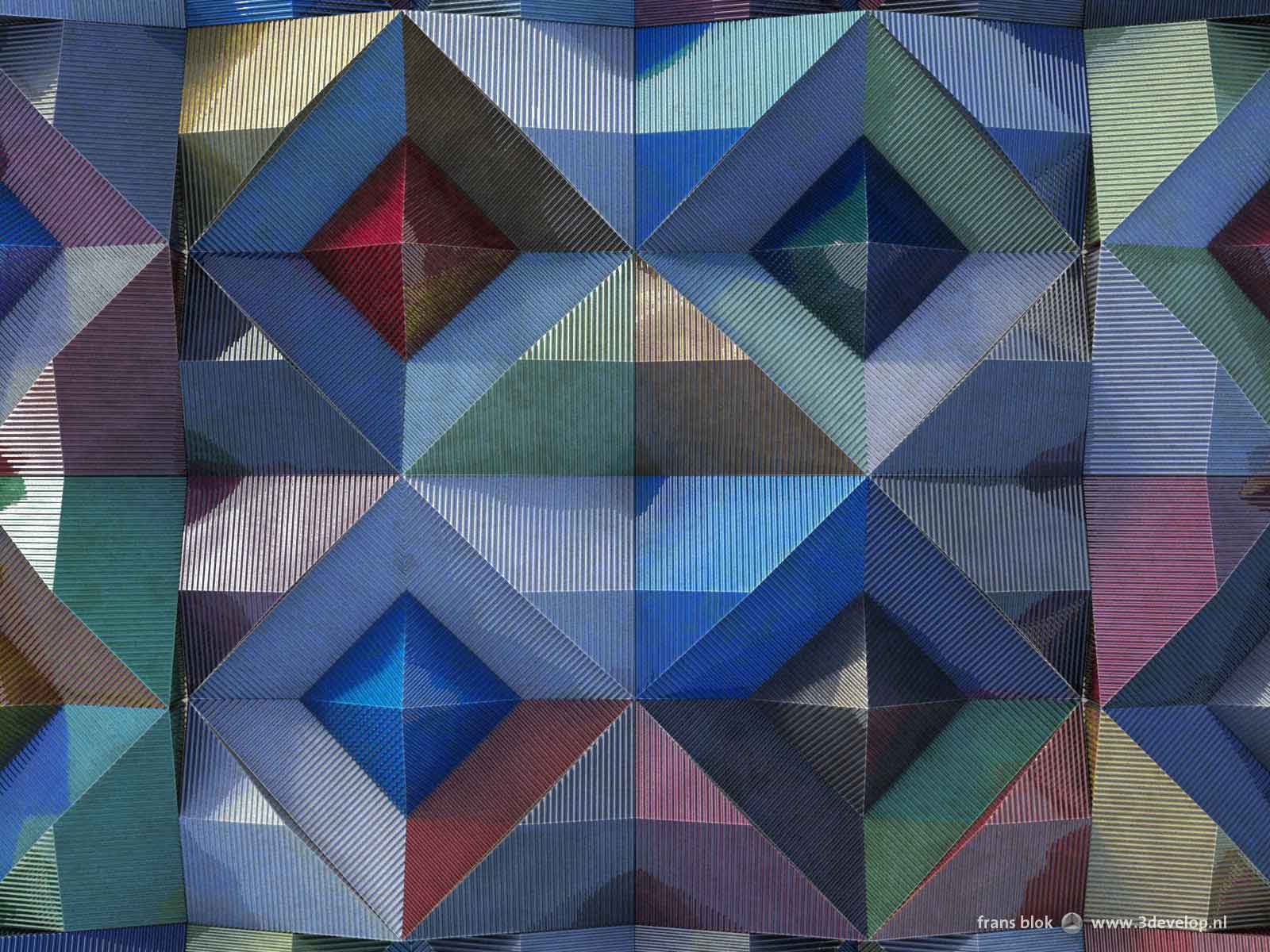 There’s three parts in every triptych, as the name already suggests. For the third version I chose a more conventional material, gypsum. Lightgrey, without any color, but yet beautiful in its simplicity. 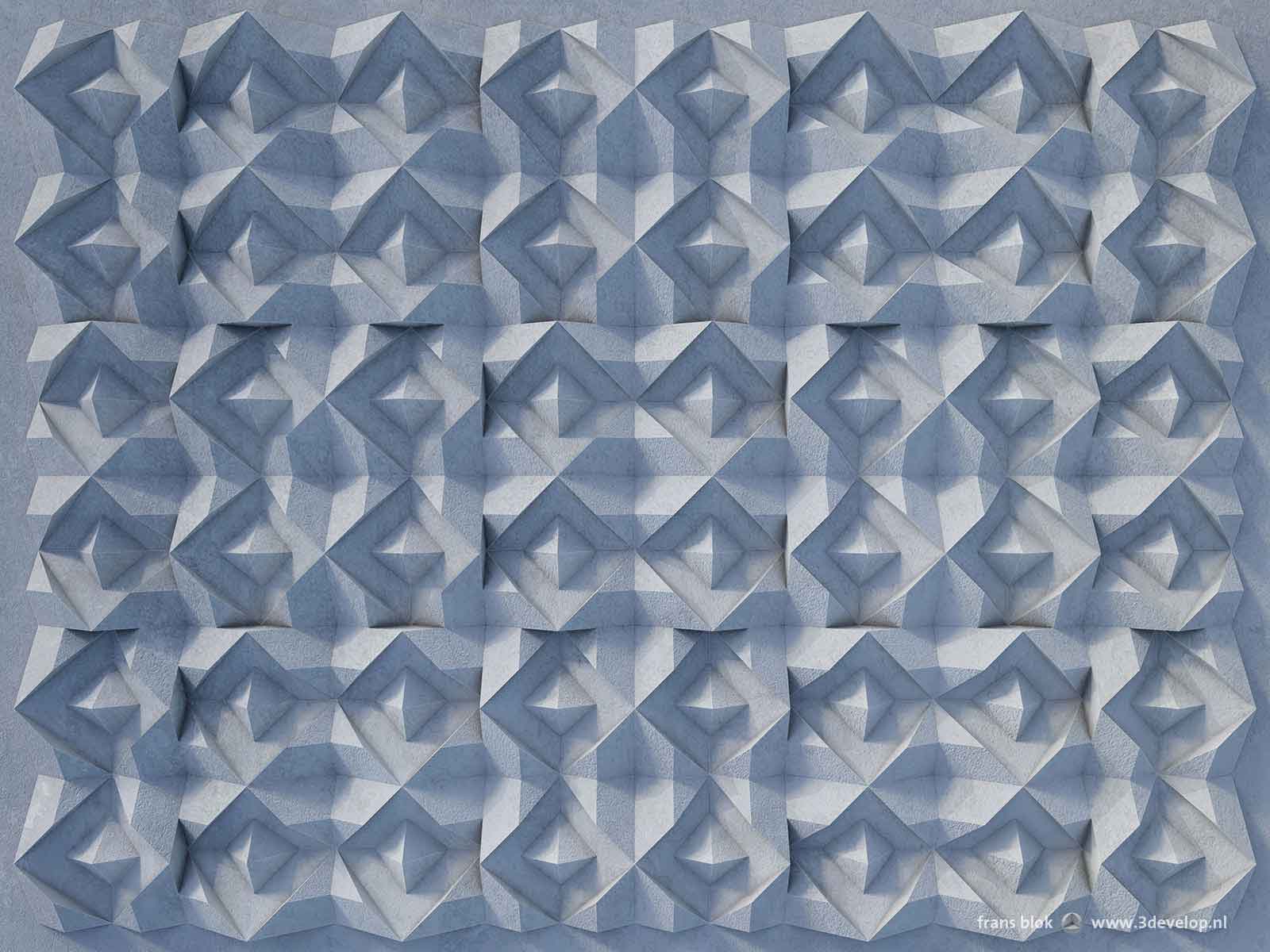