I had about ten minutes untill the train to Rotterdam would roll into Utrecht Central Station. just enough time to take some pictures. The hour, just after sundown, and a beautiful sky asked for it.

So I walked to the end of the platform, put my camera on my mini-tripod and made two photos. First the one below with the platform canopies, the station hall and in the background the City Office. And secondly the photo later in this blog post, with the new pedestrian bridge, the Rabobank building and a passing train. 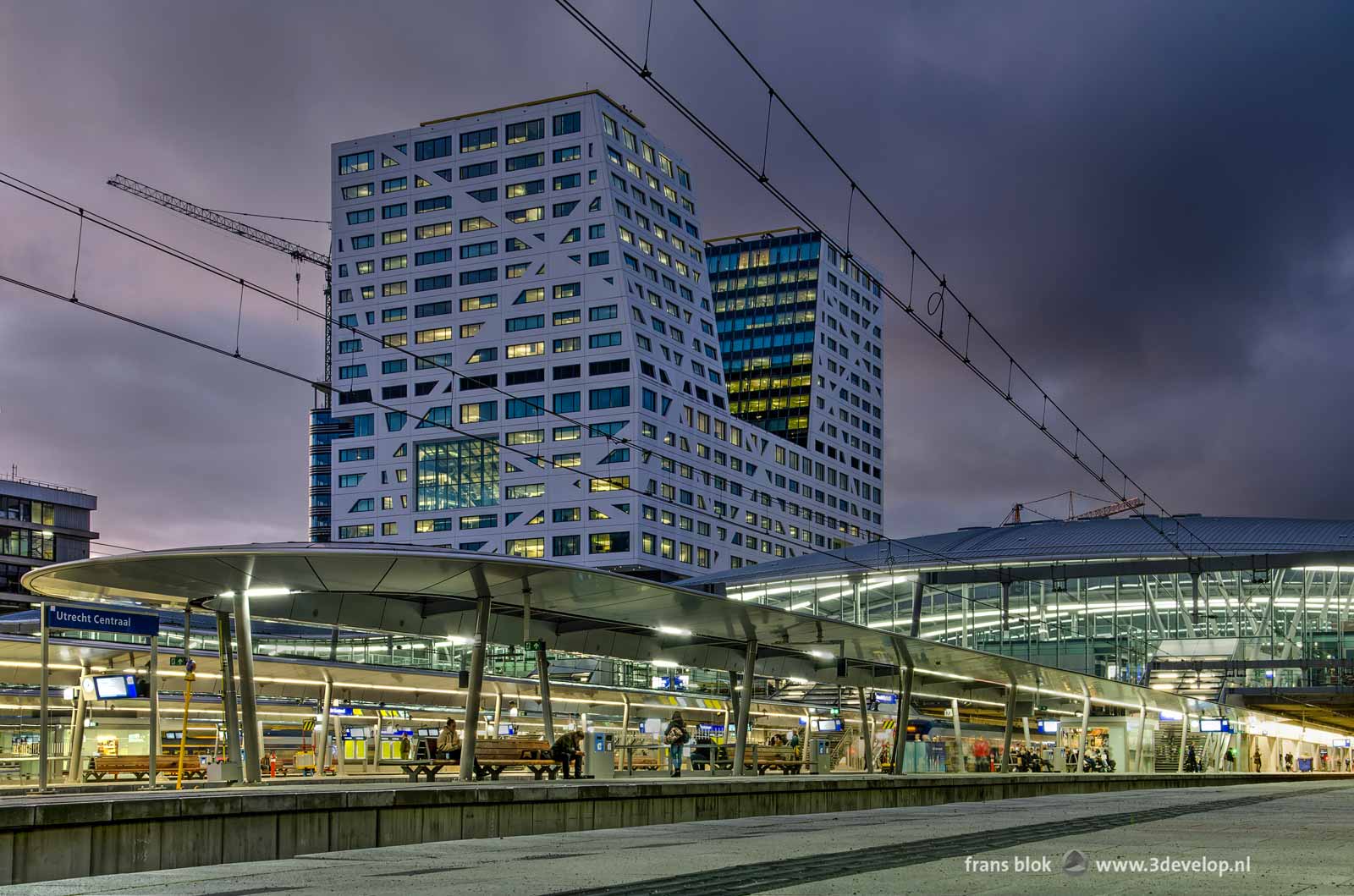 But was I allowed to make those photos? That question is not that strange. In the countries behind the former Iron Curtain you could be arrested for espionage if you were photographing at a railway station.

But also in the Grote Markt underground tram station in The Hague I was once ordered to stop making pictures by two security guys. And I had been working on construction drawings of that station when they were still in kindergarten! 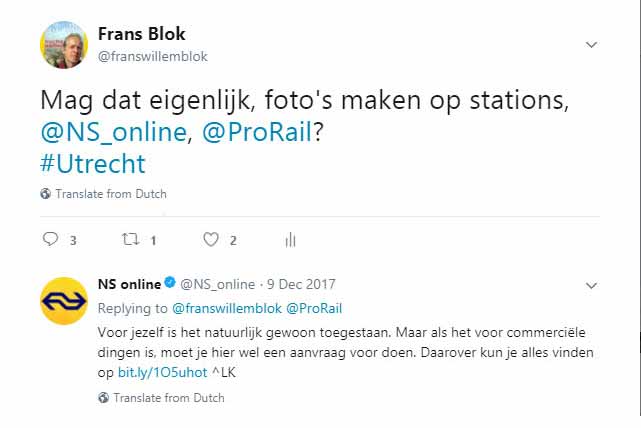 The answer: for private use, of course it’s allowed; for commercial purposes you have to ask for permission.

The bit.ly address mentioned refers to a page on the website of Dutch Railways with guidelines on filming and photographing. That page confirms, with more words than fit in a tweet, that asking permission, for journalistic and commercial recordings, is recommended or obligatory.

It also says: “If you want to make photos or films for private use on publicly accessible areas of the station and in trains, you do not need permission for this.”

In the added conditions of use it is said that private recordings must not disrupt train traffic and safety. And that the privacy of staff and travelers must be respected. But of course that’s only logical. 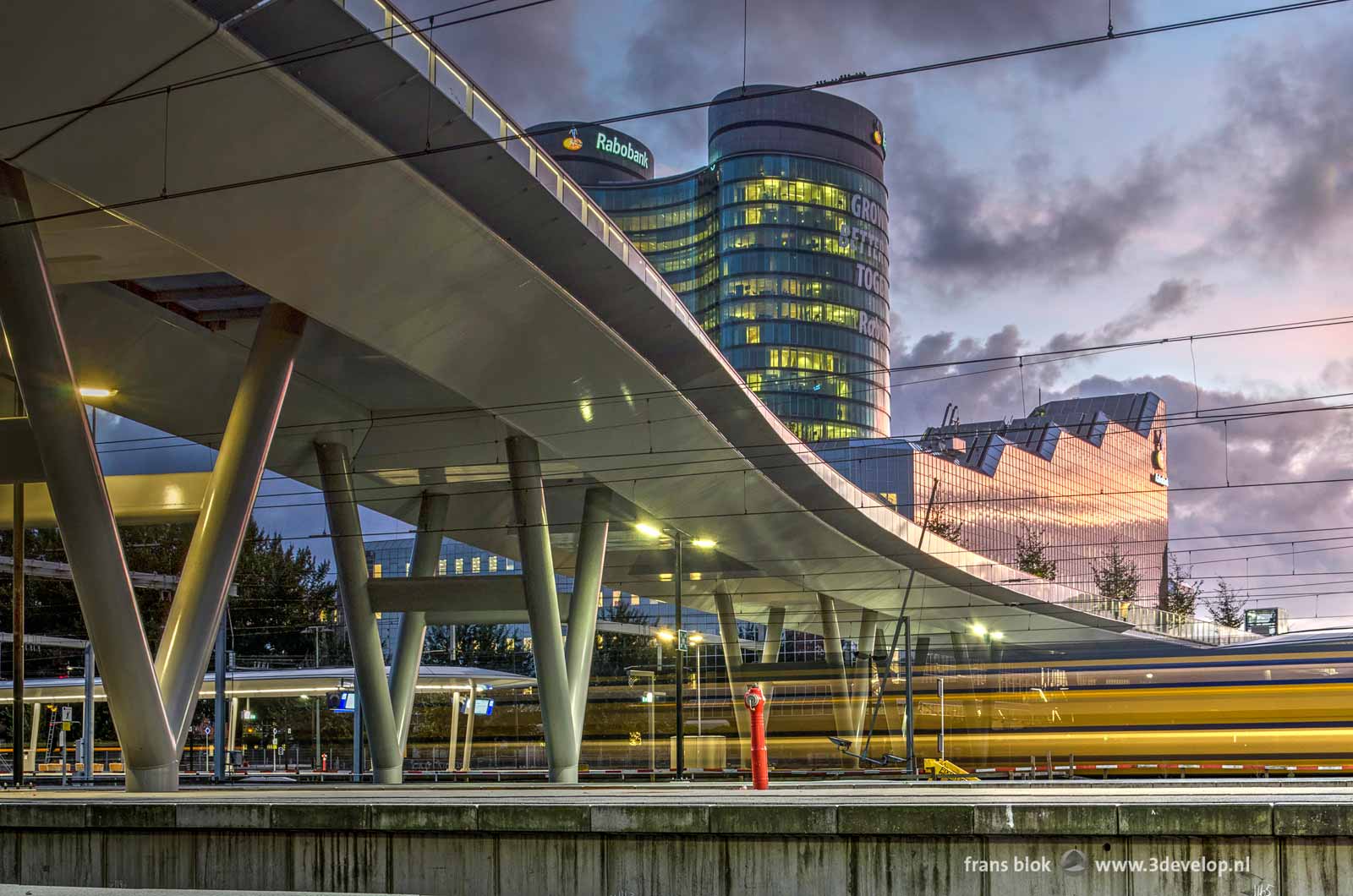 However: where is the border between private and commercial? I did not make these two photos with a commercial intention; I was just waiting for a train and happened to have my camera with me. But if someone sees the pictures and wants to buy them, do I need permission? Or if I want to put them in my webshop, for example? To be on the safe side, I asked @NS_online again. 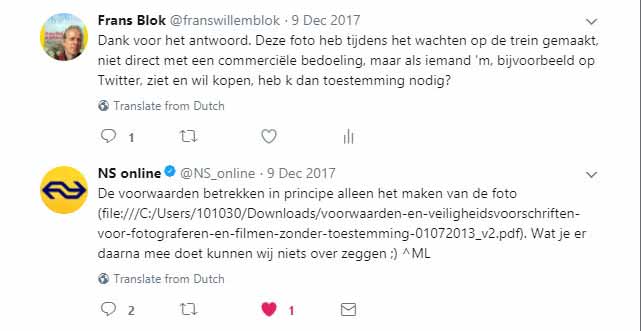 The answer came once again quickly: the conditions only apply to making the photo. What you do with it afterwards, we don’t have anything to say about that.

In short: under certain conditions it is allowed to take photographs on railways stations, at least in the Netherlands. Although in these paranoid times you still have a chance that the police will consider you a potential terrorist. Well, in that case I hope they’ll understand that terrorists never use tripods.

The sympathetic attitude of Dutch Railways is in stark contrast to the policies of some local transport companies. I mentioned the HTM in The Hague before; as a result of this blog post, a fellow photographer showed me the horrifying house rules of RET, the company that runs metros, trams and busses in Rotterdam. Photographing at Rotterdam metro stations is only possible between 10 am and 4 pm and must be requested three weeks in advance; there must be guidance from RET staff for which you’ll have to pay.