It is a common misconception that Rotterdam is not very interesting in terms of architectural history because all history has been bombed out of it in 1940. And although much beauty was lost in May of that year,  in the new city as it has grown in the past 75 years, quite a few historical layers can be discovered.

The reconstruction period is particularly interesting because in those years (let’s limit it to the period from 1945 to 1970) pretty good architecture was built (and unfortunately some of it even has been demolished already). The buildings from that time are generally fairly sober, but often have some subtle embellishments or other frivolities.

In the seventies and eighties the reconstruction got a little off course, unfortunately, with the overuse of mirror facades, laminate panels, plastic frames and cheap brick. Since then, I feel we’re doing better again.

I’ve made a top ten of my favorite buildings from the first 25 post-war years. That’s of course a reflection of my own taste, which does not mean that there cannot not be any discussion about (did you notice that I’ve enabled comments on this blog again?) And although the number one and two or are fixed, the exact order of the other entries is a snapshot; tomorrow I may think quite differently. 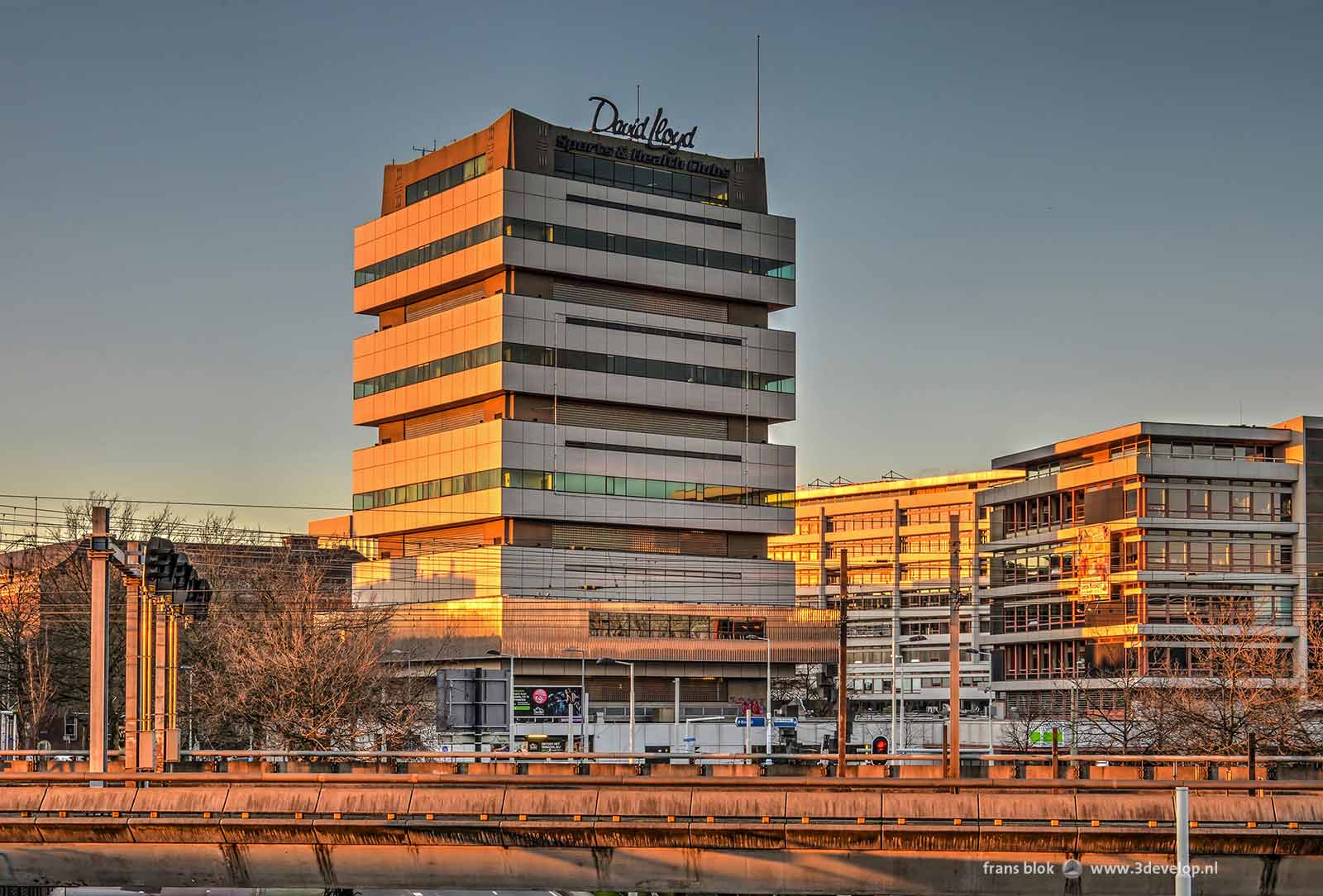 This tower of sports halls, currently operated as a fitness center, is part of the school complex Technikon which took fourteen years to build and which also includes the Hofpleintheater, with a beautiful facade sculpture by Karel Appel. The architect would have liked the tower to be higher, but it was in the sixties that was not done; Maaskant was ahead of his time. 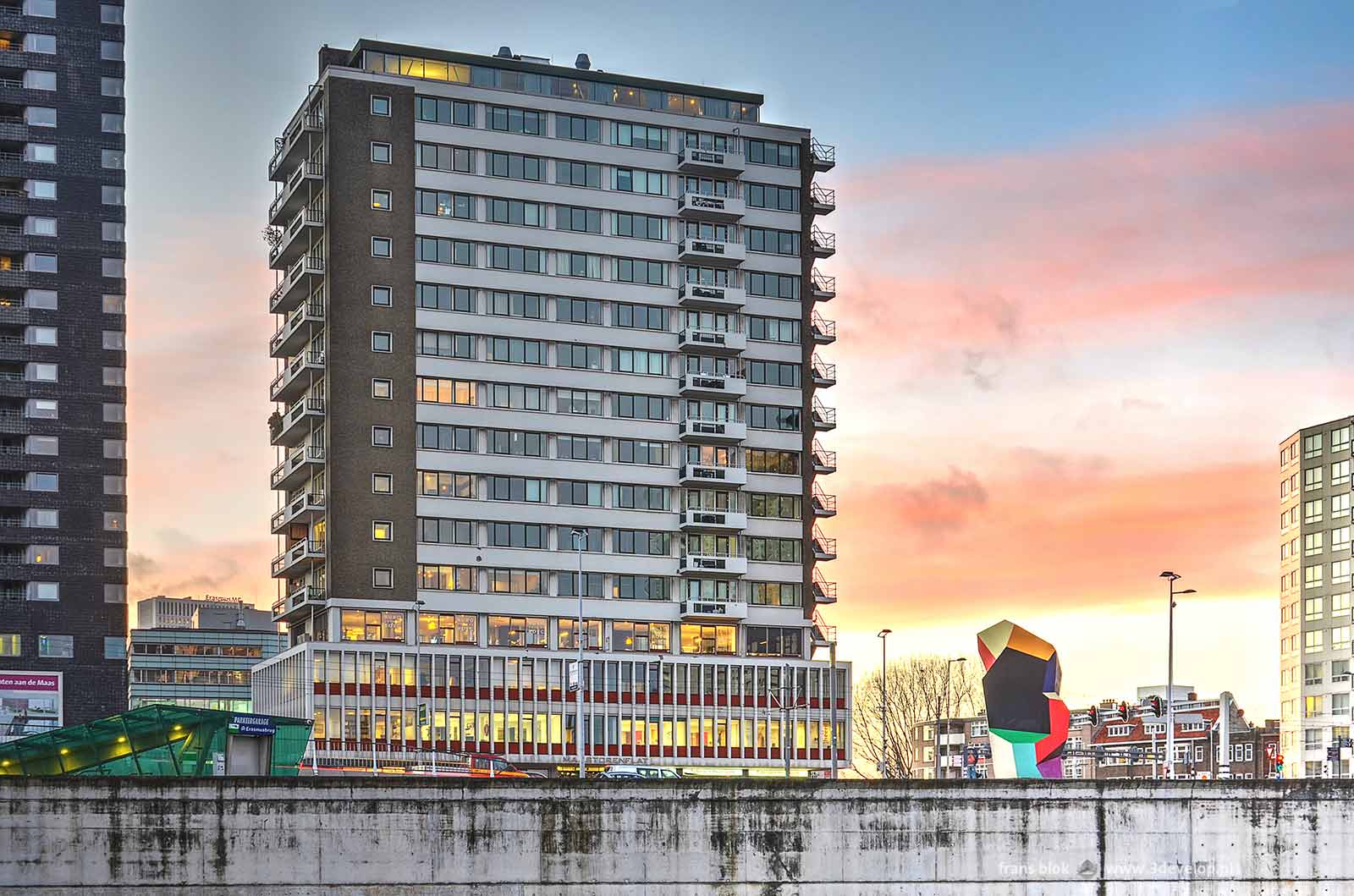 A nice stack of functions, with shops, two layers of offices, a transition layer, apartments, and a penthouse, all shaped differently. And it’s a good thing that there are no blind elevations; on all four sides something interesting happens: windows, balconies, staircases. I have sorted mail here during my years at the university, for some extra income. Even then I was impressed by the large, high-ceilinged rooms with huge glass windows. And by the decorations in the stairwell and on the front façade. Several years ago, the building was converted to a design by Claus and Kaan into an office tenant complex, with the name Central Post. 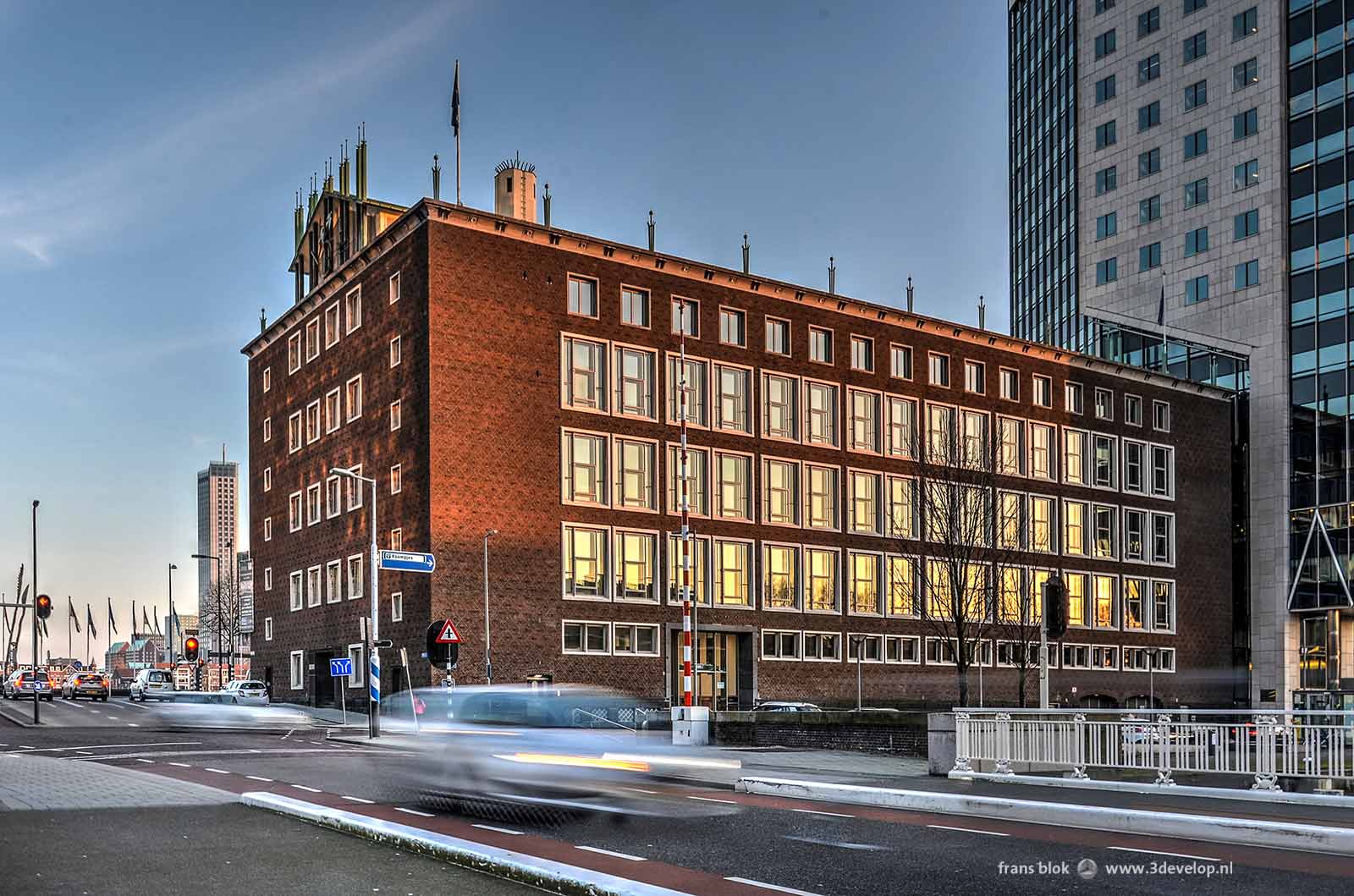 During the reconstruction period a few of these traditionalist bank buildings have been build in Rotterdam; bankers at that time were not really into the modernist architecture that was built elsewhere in the city center. A heavy stone plinth, subtle decorative brickwork, windows in concrete frames, bronze sculptures by William Verbon on the roof. After years of vacancy the property is now being redeveloped into an office building. It does not even come close to the old Bijenkorf department store by W.M.Dudok but hey, that was the most beautiful building that was constructed in the Netherlands during the twentieth century. This new store is much more closed ( TL lighting had been invented in the meantime). Yet I like it, that sturdy box with a couple of  strategicly placed big openings and with the honeycomb facade that only looks better with increasing pollution. And of course with the sculpture by Naum Gabo, although that could use some major maintenance. A fairly transparent box with a finely detailed curtain wall and a few closed elements that make it more interesting. A few years ago, it was restored to a design by Wessel de Jonge, after years of decay. i would have loved a redevelopment with restaurant, cafe and dancing on the upper floors. But, of course, it was always a shoe shop with offices above it and that’s it still. 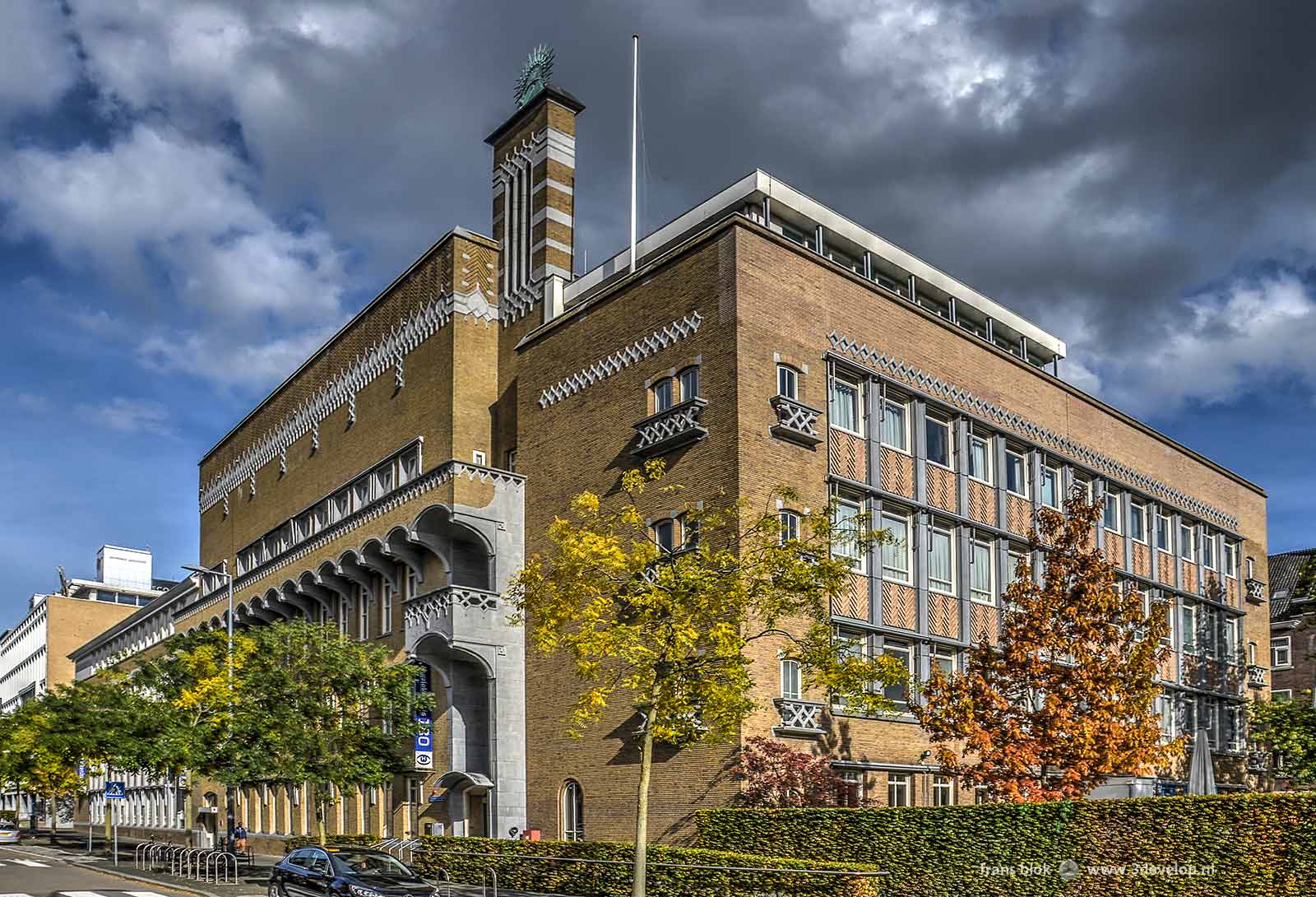 It does not always have to be all straight and modernistic; a little ecclecticism is welcome every once in a while. An ornament is not a crime, in my opinion, though some may think otherwise. Of all the post-war buildings, the Eye Hospital is the most extreme in that sense. With all those arches and other decorations it would fit nicely in Florence. Built a few years before Groothandelsgebouw by the same architects. Slightly more traditional in appearance, through the use of brick, which seems to have been mainly the influence of Van Tijen. Here, too, are developments that should breathe new life into the building; the relocation of MVRDV to the halls at the back is already a good sign. 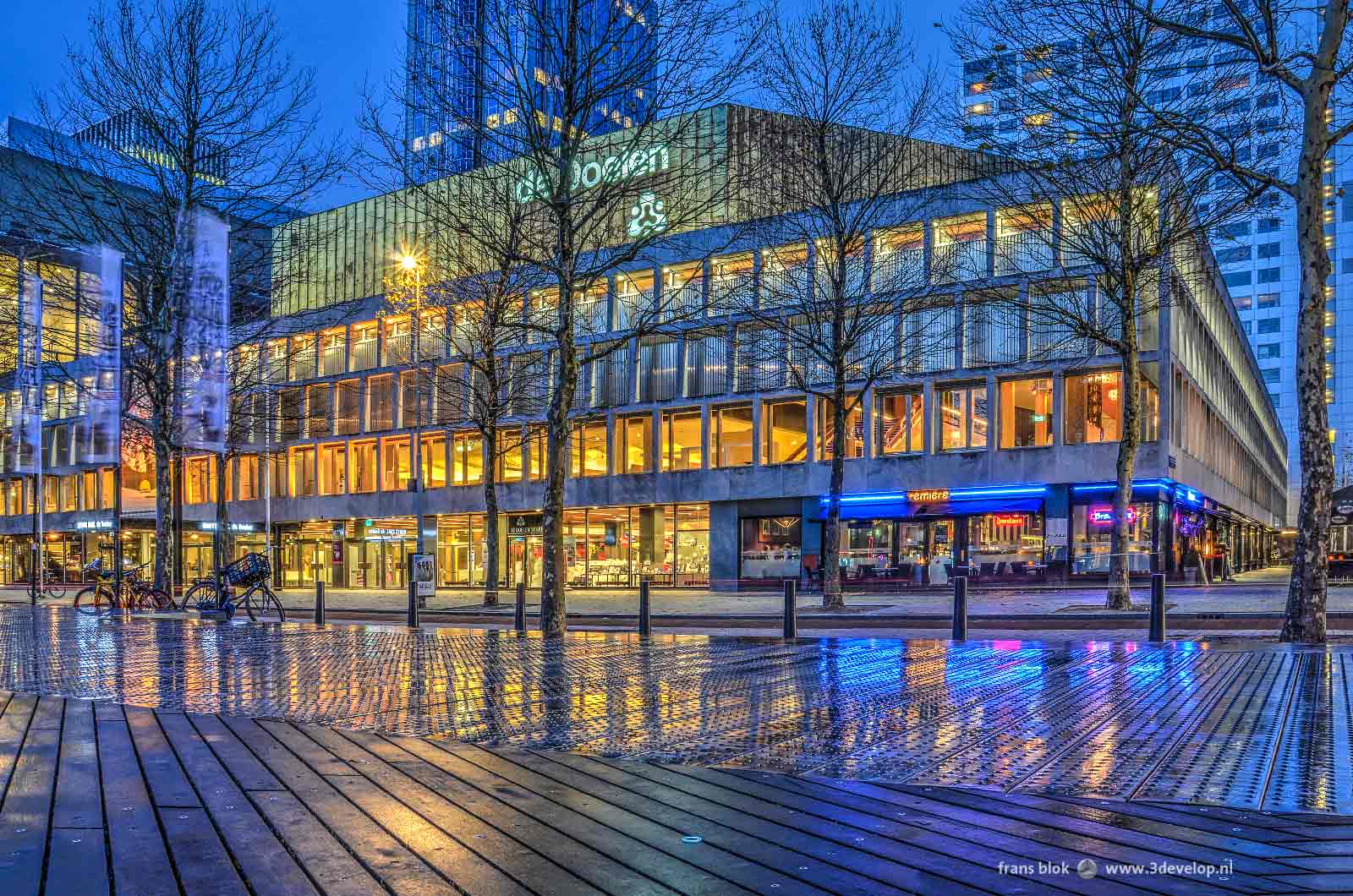 A very important building in the city due to its function as a concert hall and as the home base for the film festival. But it also happens to be my polling station once every few years. A square volume from which the main concert hall stands out as a green copper box.. Around that hall is a large and festive foyer, surrounded by a beautiful layered facade. 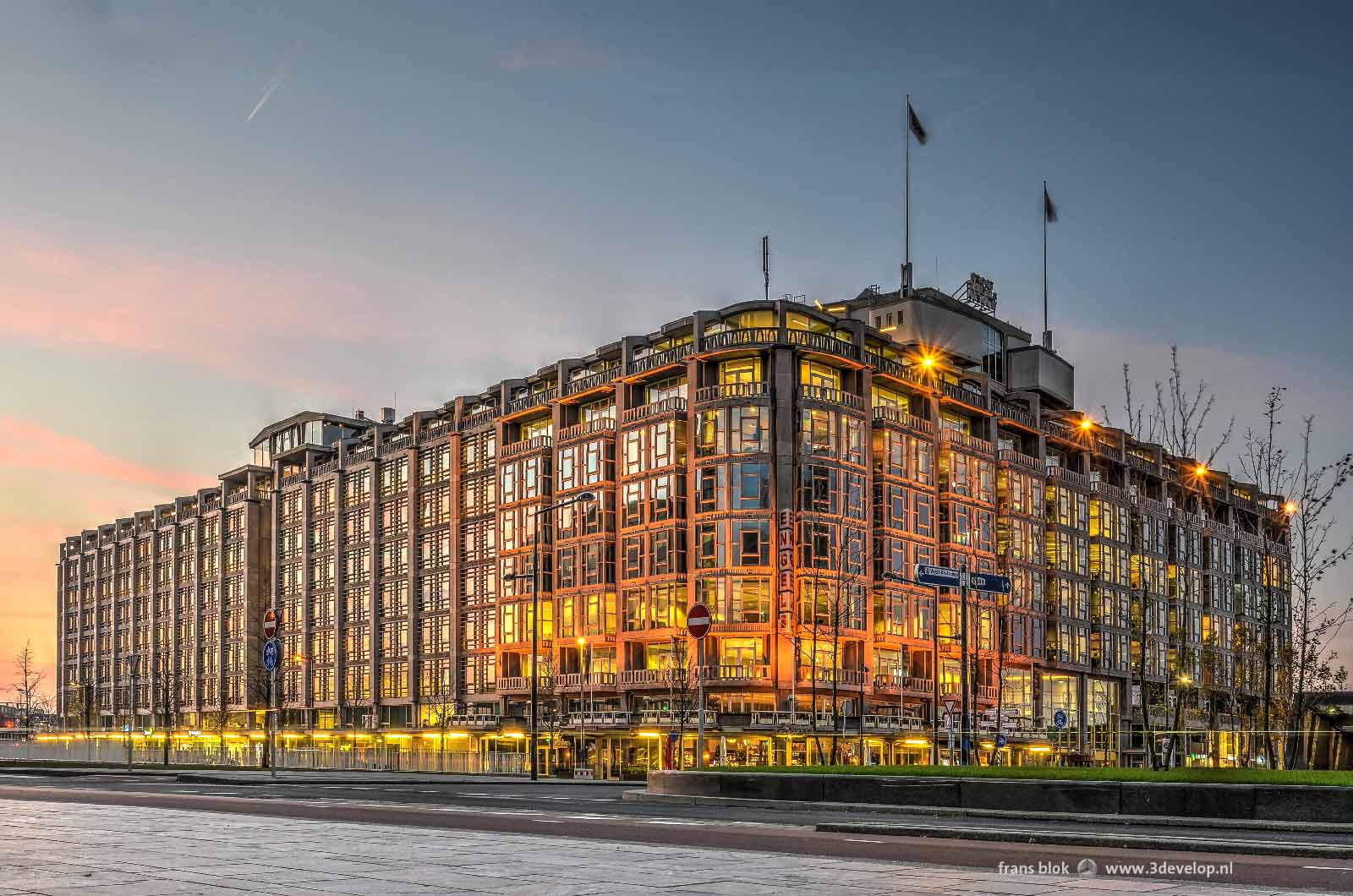 Just about the first thing you see as you leave the railwaystation; the best spot for my number 1, the Grand Trade Building. A solid city block with a supply road right through it and a cinema (unfortunately no longer in use as such) on the roof. With a facade that is rich in detail; note the various window compositions and the almost frivolous, concrete fences. The building also has a beautiful vertical structure: both at the bottom and at the top there are two or three specially designed floors.

More images of the Groothandelsgebouw