A while ago I visited an exhibition at the Stedelijk Museum in Schiedam, dedicated to the work of Jan Schoonhoven (1914-1994). An artist from Delft who is best known for the cardboard reliefs he made.

They made him world-famous, and he even had to hire assistants in order to meet the demand. One of his reliefs was auctioned in 2010 for more than 800.000 euros. Yet he continued to work until his retirement as a civil servant at the Dutch Mail. Reportedly the money he earned with his art was to a large extent spent on the jazz concerts that his wife organized.

An interesting detail is the fact that for a few years we lived in the same street. Well, we almost did; Oosteinde, where I lived, is a continuation of Vrouwjuttenland, where he lived. 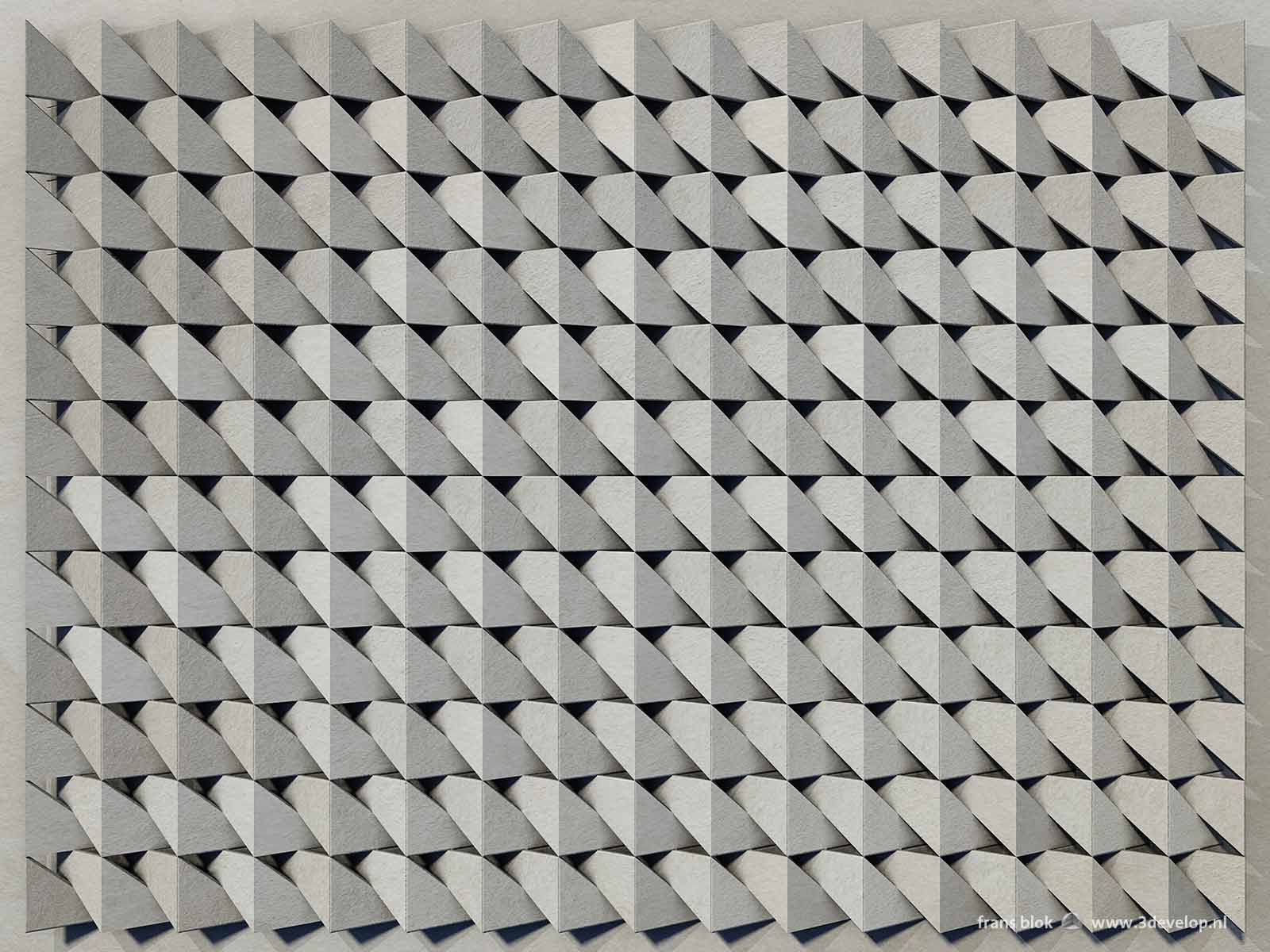 If Jan Schoonhoven would have lived fifty years later, he’d probably have used the computer, at least to make preliminary studies. The relief above, for example, I made with AutoCAD, 3ds Max and Photoshop. Like the work of Schoonhoven it is based on the repetition of a relatively simple form.

The interaction of light and shadow in the shapes creates an illusion of spaciousness on a perfectly flat surface. Though I could of course connect the 3D model to a 3D printer to transform the illusion into reality. It is unfortunate that those machines are still a bit pricey, but who knows, in a few years …

The reliefs are getting more complex if the simple basic shape is not only copied but also mirrored and rotated. This results, for example, in the pattern of squares and triangles below, doned in (virtual) brass: 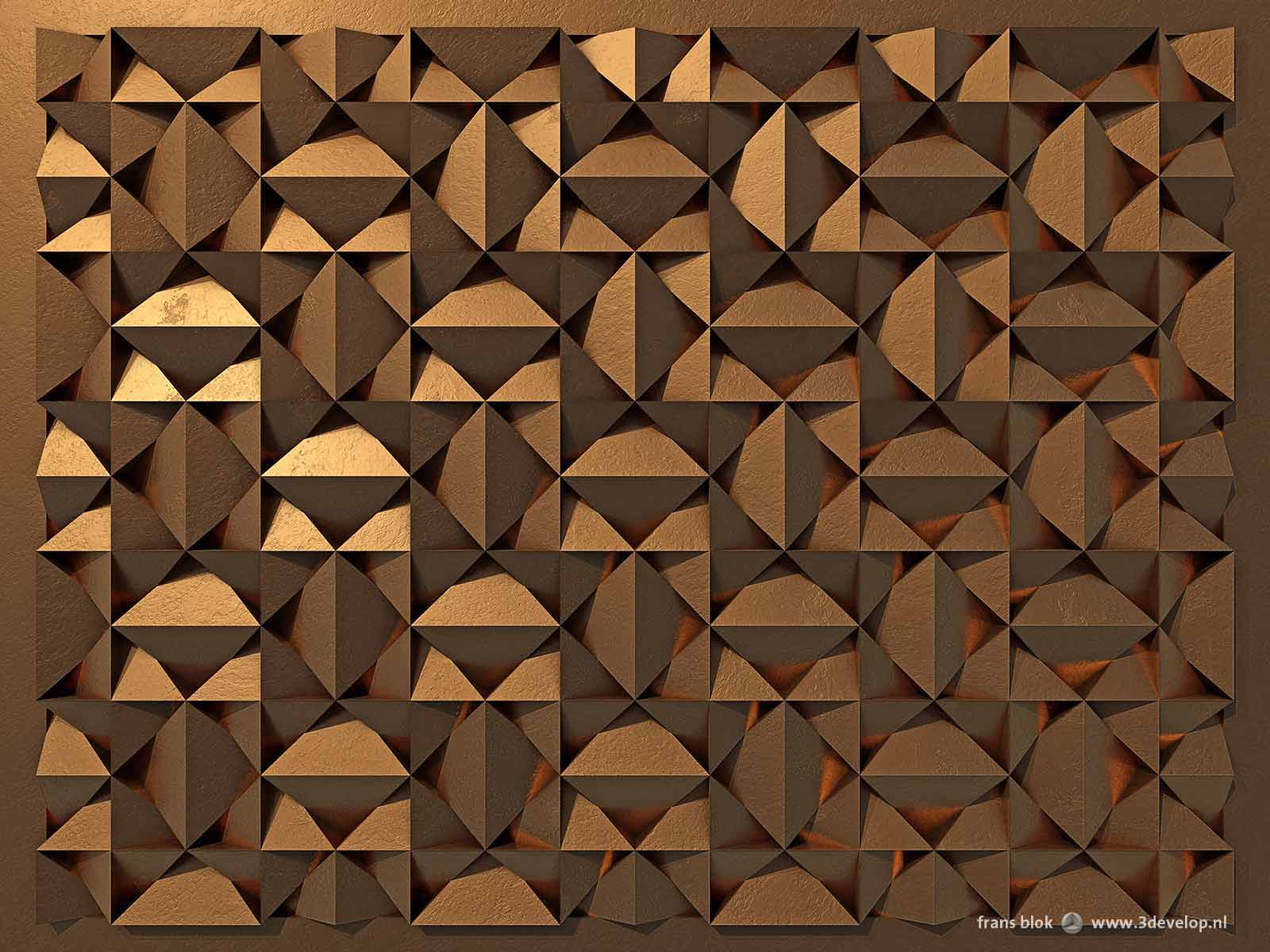 The work of Jan Schoonhoven is completely abstract. It is autonomous art which is not trying to portray anything but seeks the beauty in itself.

Actually, I think that’s refreshing. My work almost always represents something. With photographs that may be inevitable but also my visualizations usually show buildings, cities or landscapes.

If you let go of that link with reality and only make shapes because they are beautiful, a new world opens. Suddenly there is a lot of freedom. 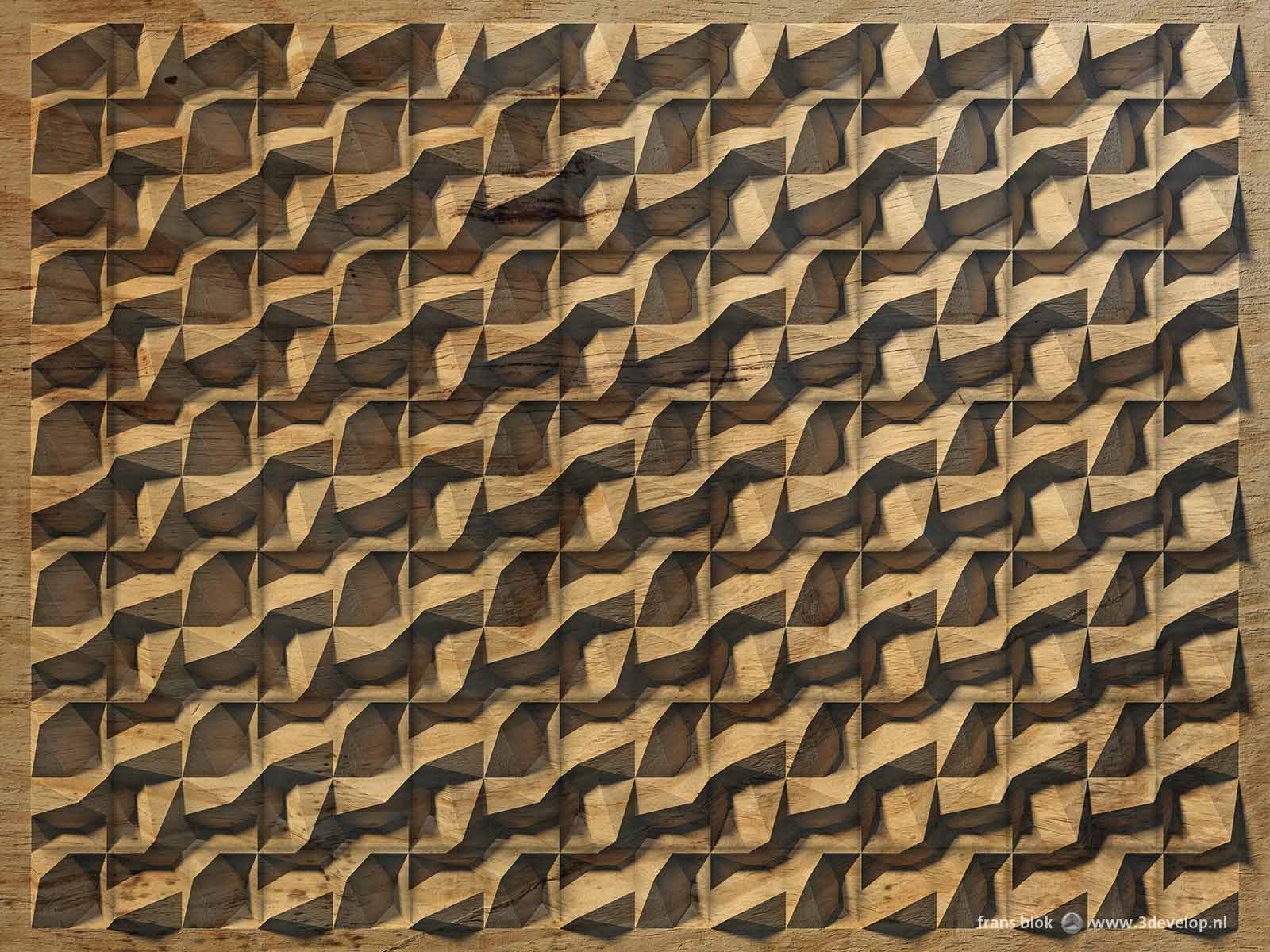 Meanwhile, my collection is growing. I make each relief in three versions, in completely different materials. The cardboard relief on the top of this page is also available in copper and corten steel. The copper relief below that is also available in wood and plastic. From the above wood carving I’ve also made versions in leather and polystyrene. And the mosaic below also has versions in gold and concrete. 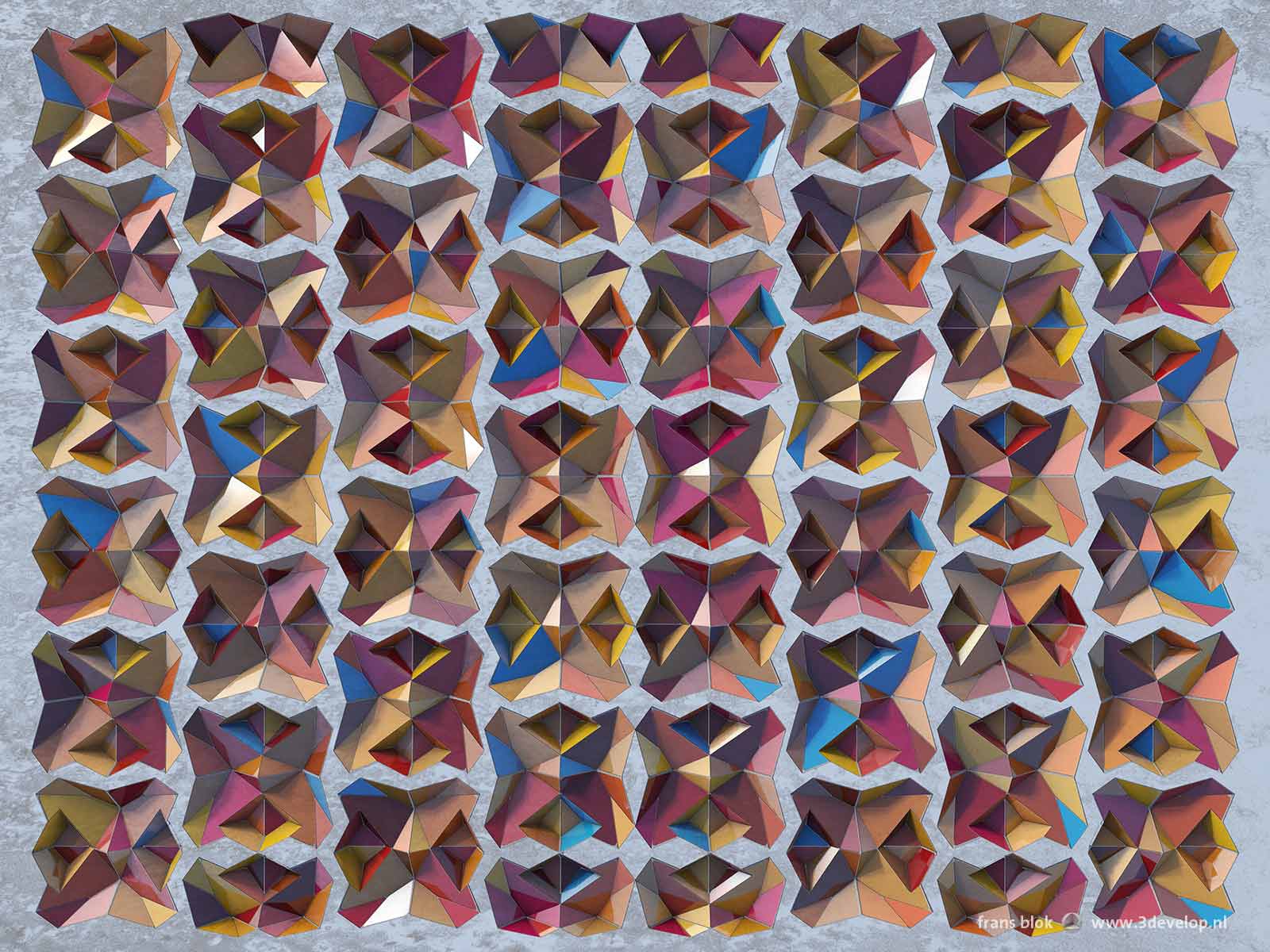 Reliefs on the wall

Until recently I concluded a blog often with a link to my web gallery. But since Werk aan de Muur has developed their own WordPress plugin I can simply show the collection here on my own blog: