I had not picked the best day to go to Deventer: when I came out of the station the drizzle had just begun to turn into more serious rainfall. But I have nevertheless made a little tour across the railway bridge, past De Worp and across Wilhelminabridge, to see how the Room for the River project was progressing. The project for which I made this animation and that by now is almost finished.

From the railway bridge, there’s a great view of one of the new channels that will provide a better flow during high water levels. And at the same time Deventer also has a beautifull new mirror pond: 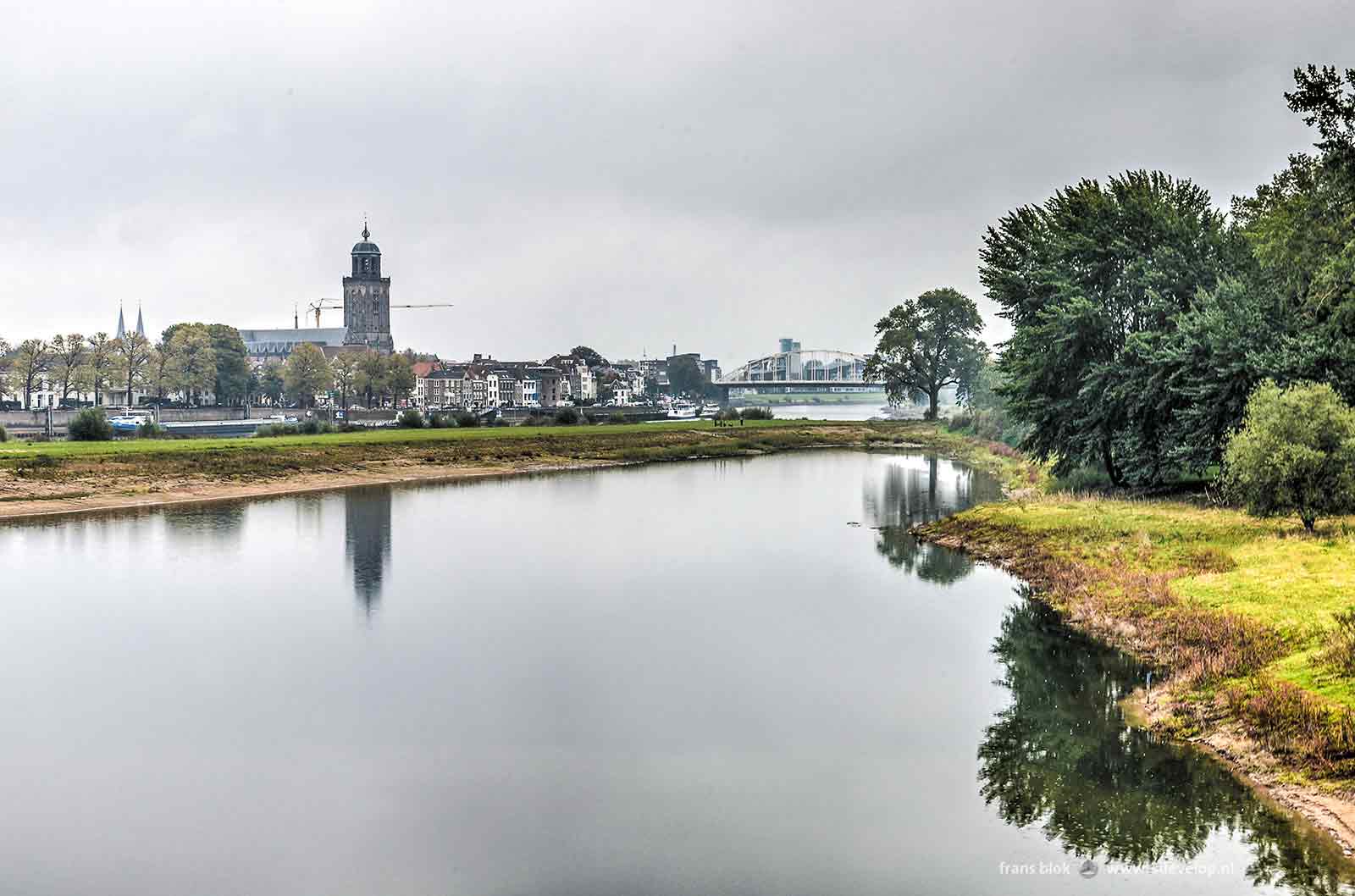 On the other side of the railway bridge is the Ossenwaard nature reserve. Work is still going on here, but apart from a couple of dams which have yet to be broken, the project seems to be nearly finished here as well, as is shown in this serene picture: 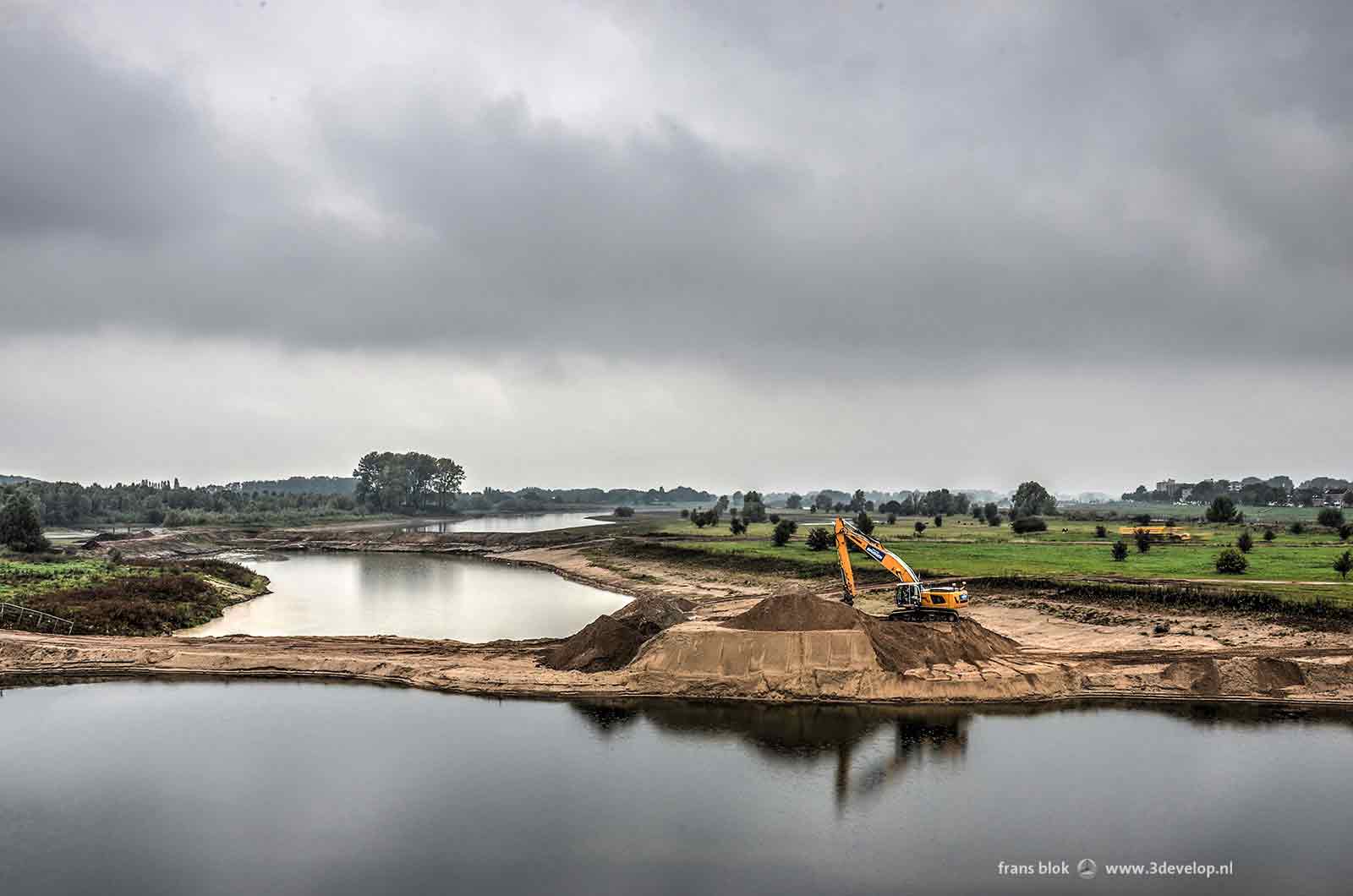 At De Worp, near the IJssel Hotel, there’s still one last element to be constructed: the ferry pier which will refer to the legendary pontoon bridge which used to be located here: 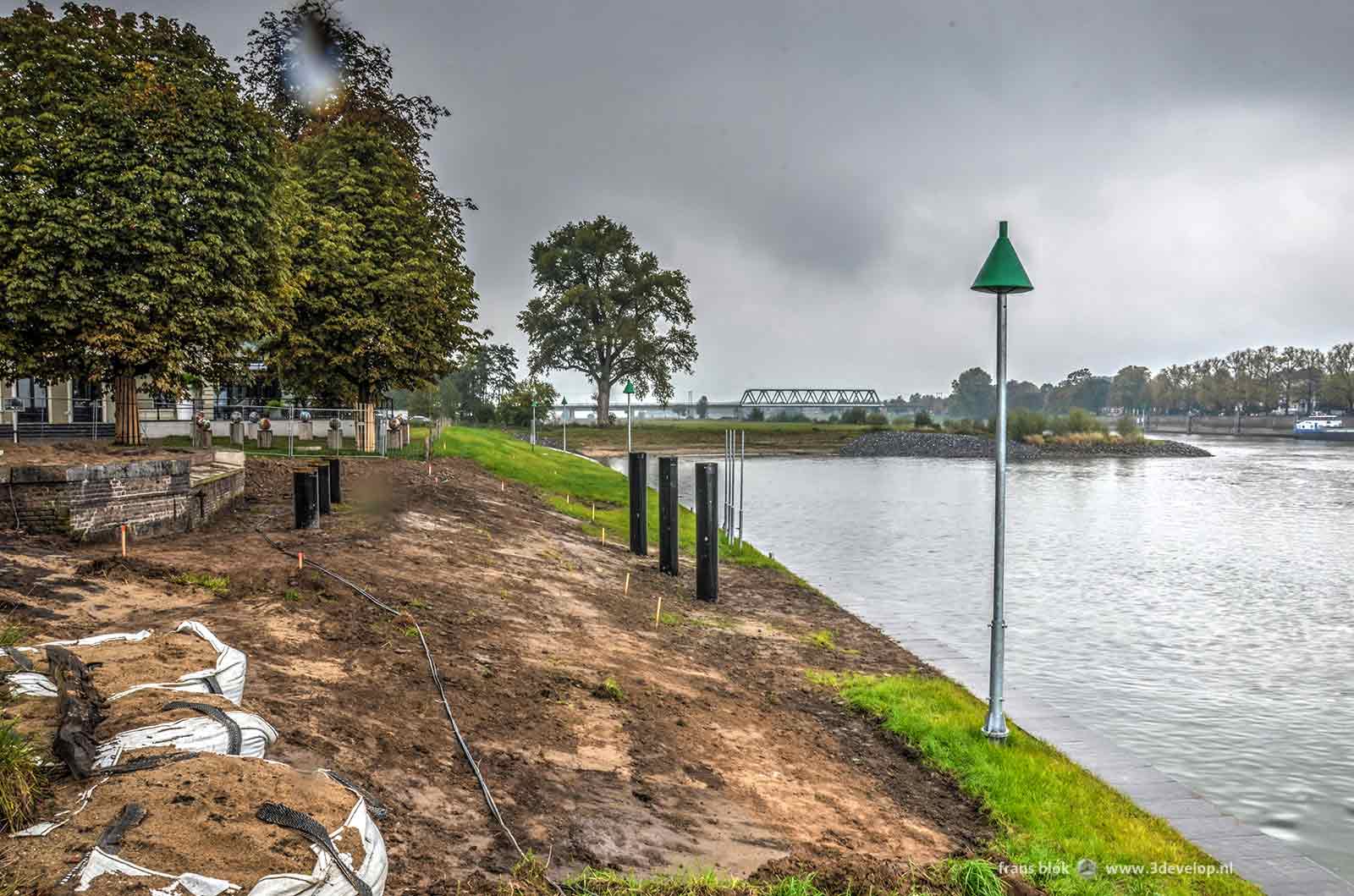 On the left is the abutment of the old pontoon bridge. The first piles have been drilled into the ground but if I want to see the work completed I have to come back in a few months. Hopefully under better weather circumstances…

UPDATE: and indeed, a few months later, the weather was much better…