For the second year in a row, Rotterdam has a Ferris wheel, for a few weeks. With an English name: The View. Like last spring the wheel is on Binnenrotte square, almost touching the famous Markthal (or should I say Market Hall?).

When I went to take a look on one of the first nights the wheel was operational, Binnenrotte was teeming with photographers. For a photographer Ferris wheels are beautiful objects to portray. Especially during the blue hour after sunset, when the shutter speeds are getting longer. The movement of the rotating wheel creates beautiful abstract effects. An attractive contrast to non-moving objects such as, in the image below, the Markthal.

View from the bridge

At some distance from the wheel the number of photographers decreased drastically. Yet also there one can shoot beautiful pictures. The best place to photograph The View is, in my opinion, the bridge across the Steigersgracht (or should I say the Jetty Canal?). The motion blur of the Ferris wheel, mirrored in the water of the canal, what more could you want? 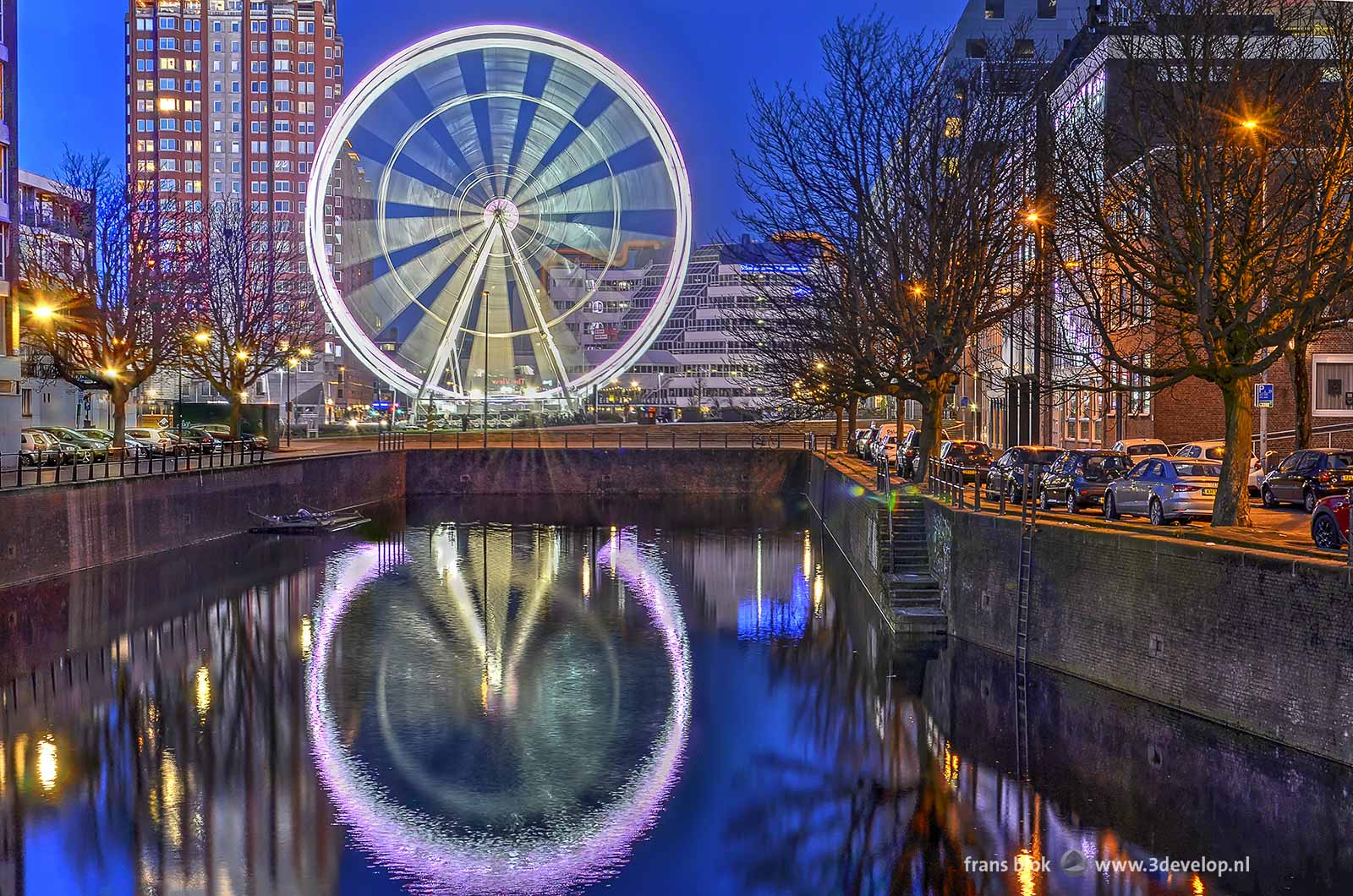 Should The View return to Rotterdam next year, maybe a new location has to be found. There are building plans for the piece of land between Markthal and Hoogstraat (or should I say High Street?). And I suspect that the residents of the adjacent apartments in the Markthal also don’t mind when the wheel will be placed somewhere else. If I may give the municipality a suggestion when looking for that new site: the proximity of beautiful reflective water is preferred. 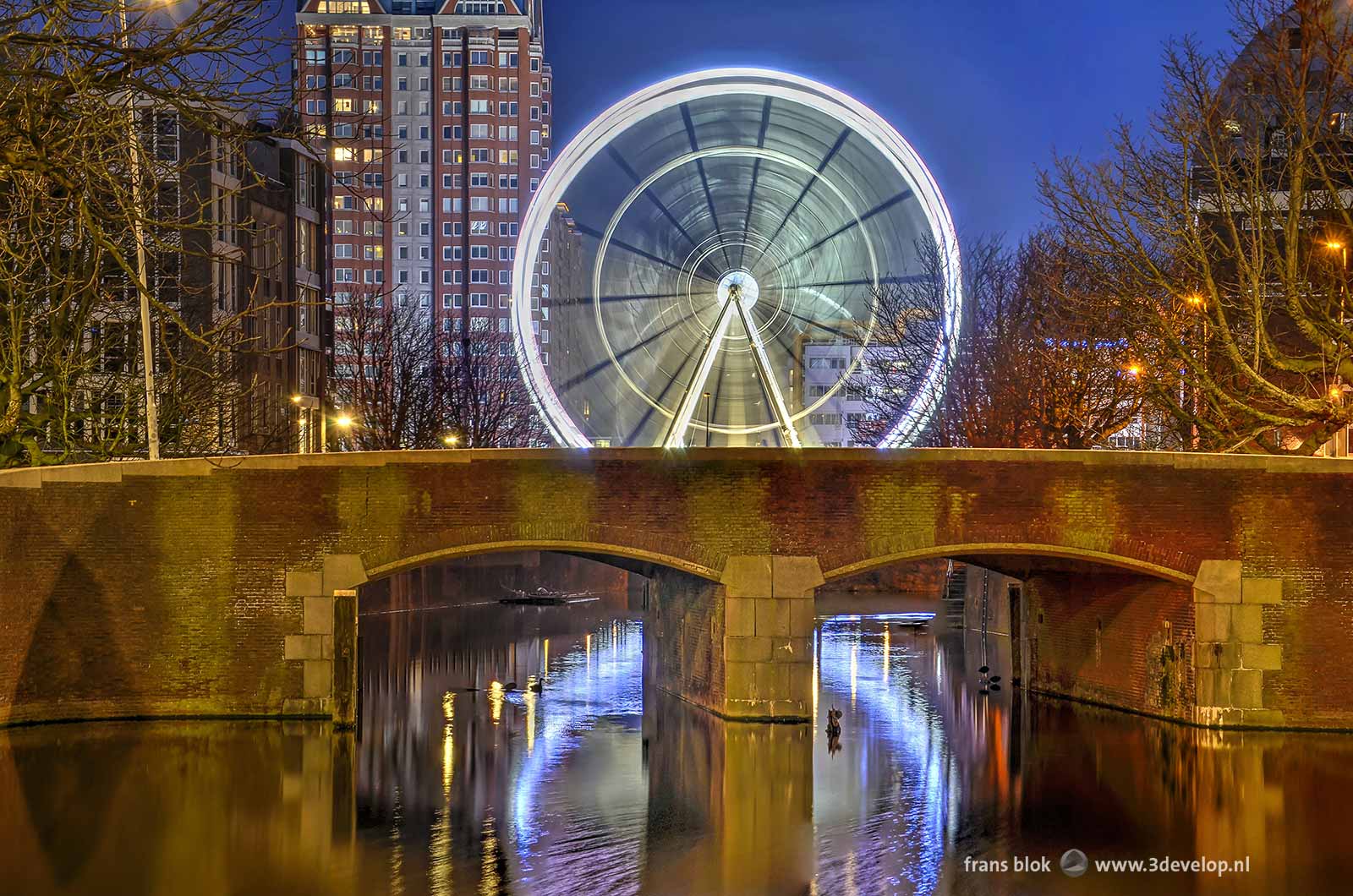 The work on the Rotta Nova residential building is not going to start anytime soon so once again there is a Ferris wheel on Binnenrotte square: the DinnerWheel. This one, unlike its predecessor, is placed parallel to the Hoogstraat. That is probably done to please local residents who nevertheless do not seem to be happy about it. From Steigergracht, the large wheel looks less spectacular as a result of the different layout: 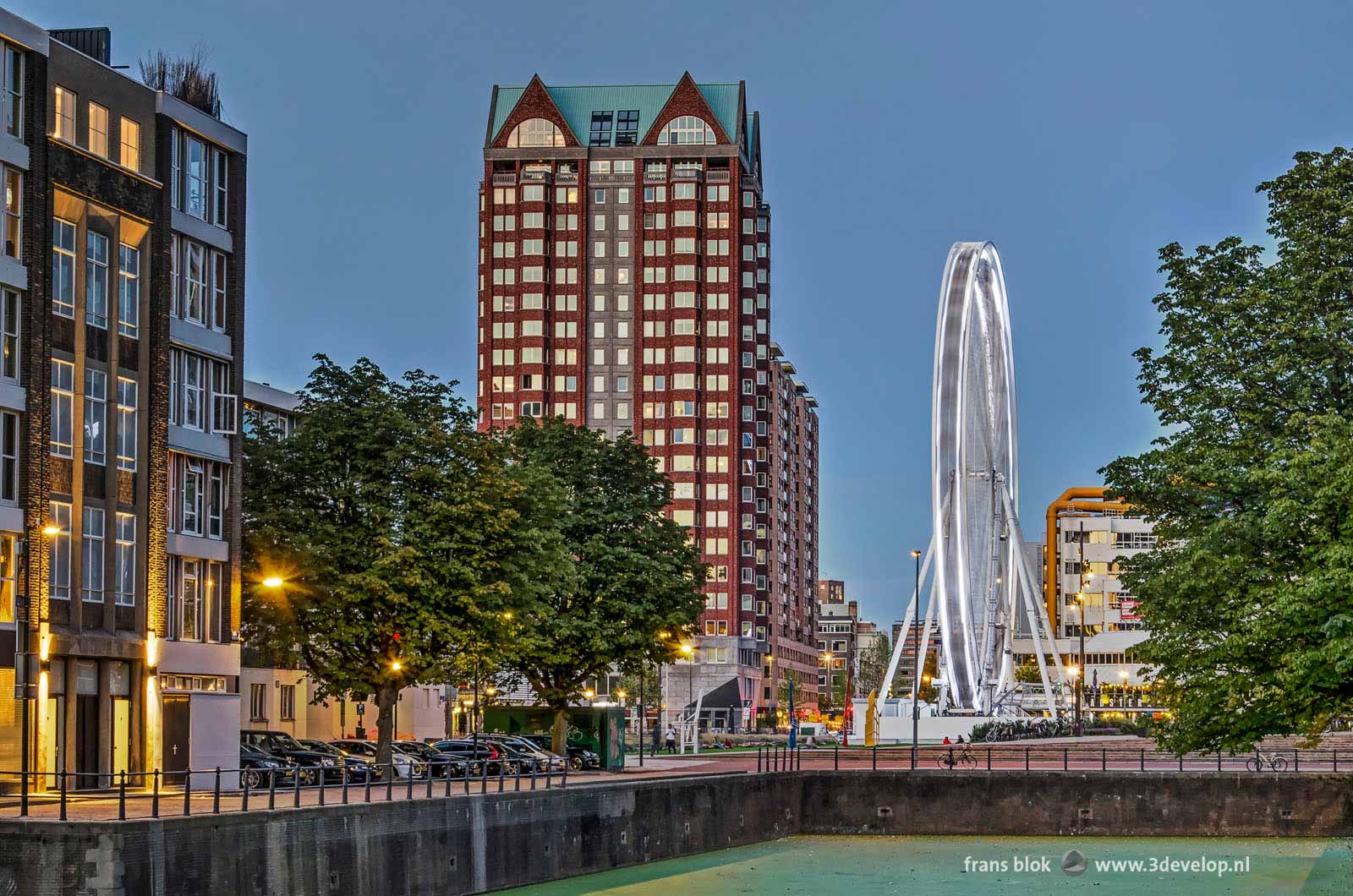 From the now completely refurbished Binnenrotte on the other hand, the Ferris wheel in conjunction with the Markthal makes an extra beautiful picture: 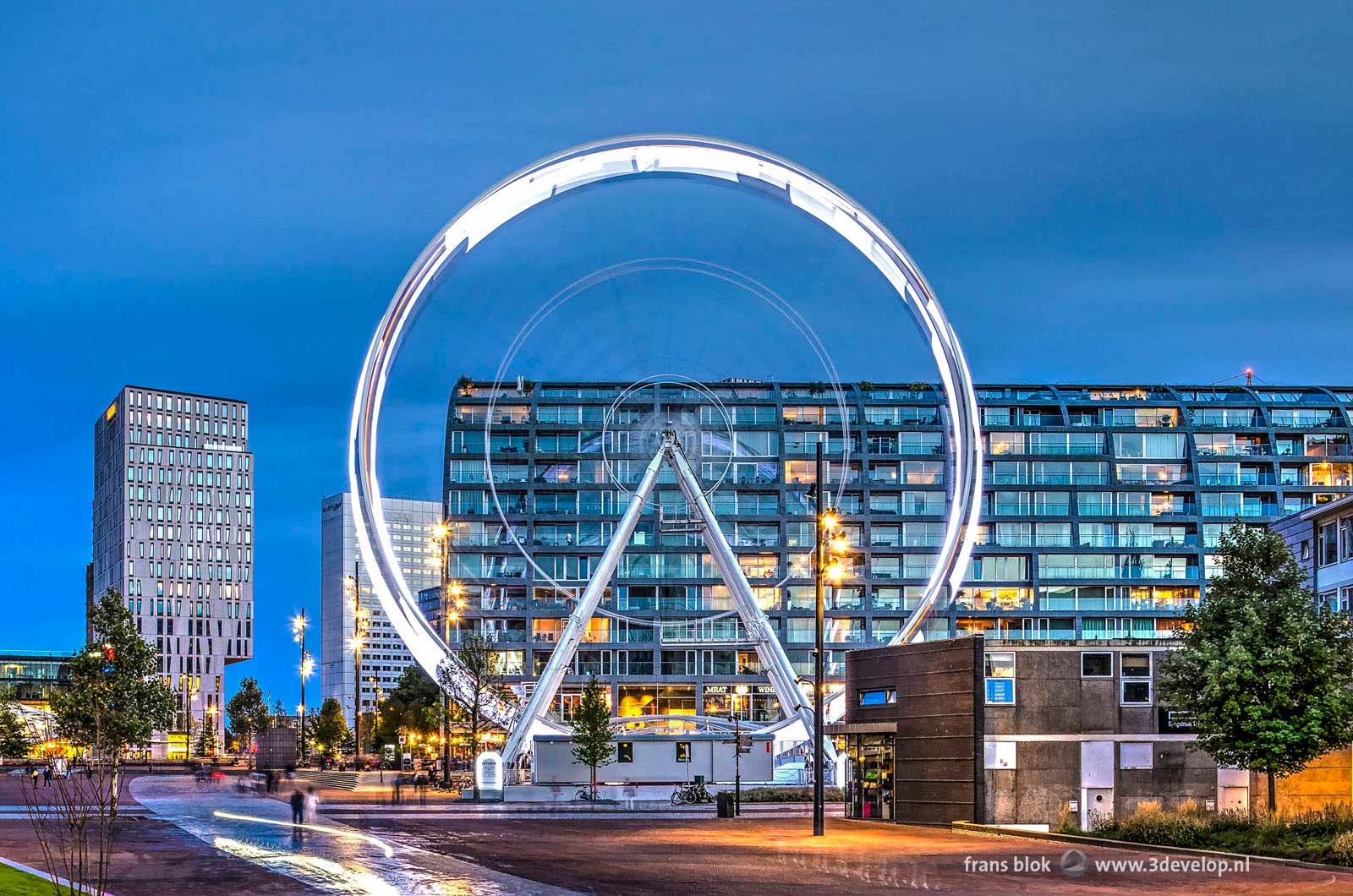 Finally, an image from the foot of the Pencil residential tower, with the Markthal, the DinnerWheel and a guest appearance of Saint Lawrence church. 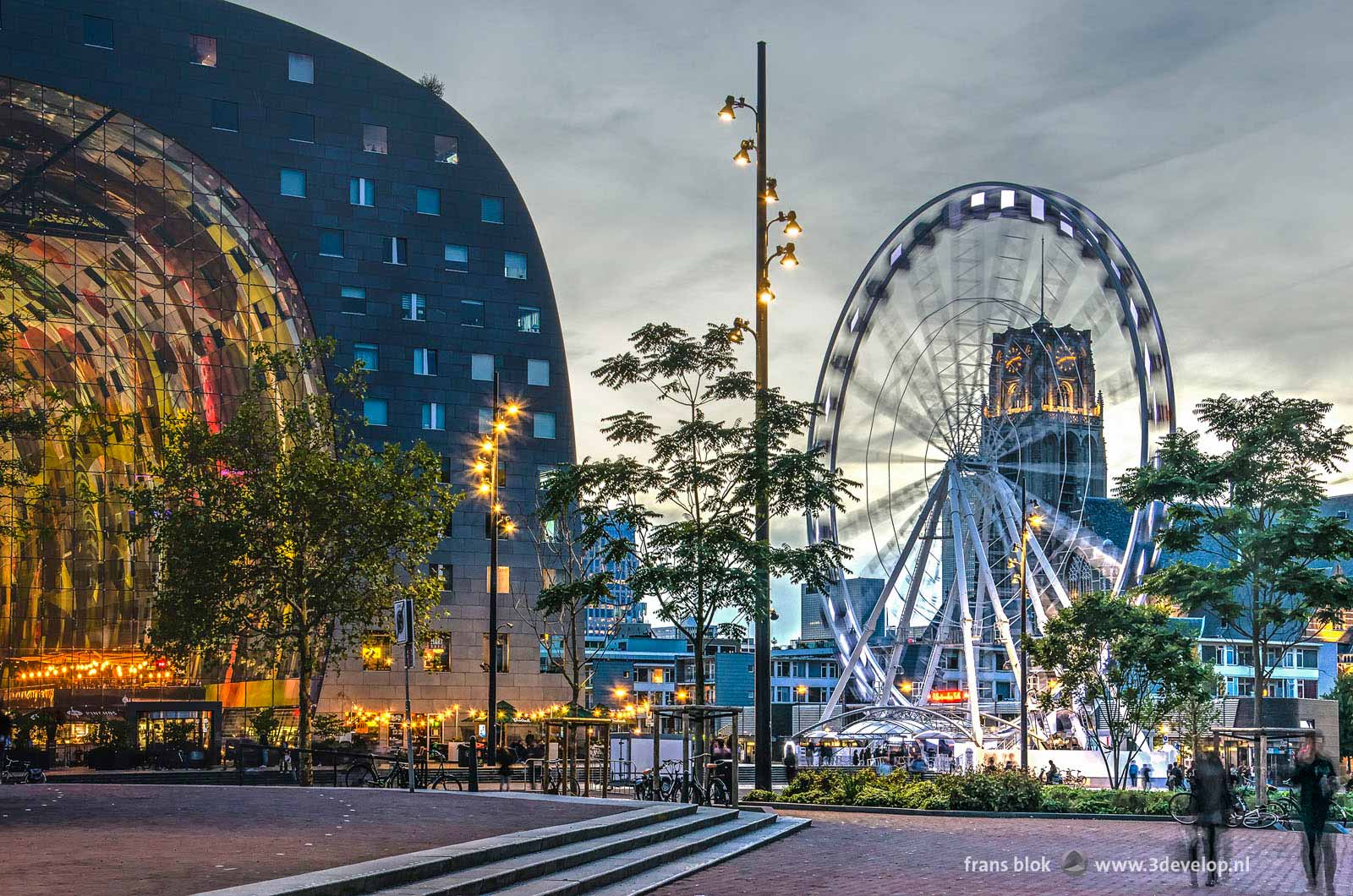