On one of my photo tours through Rotterdam I went to Park Quay. At that location, not far from the inner city, often relatively large seagoing ships are moored. This time, one of those ships was in obvious need of some major maintenance. I made some pictures of it, including this one: 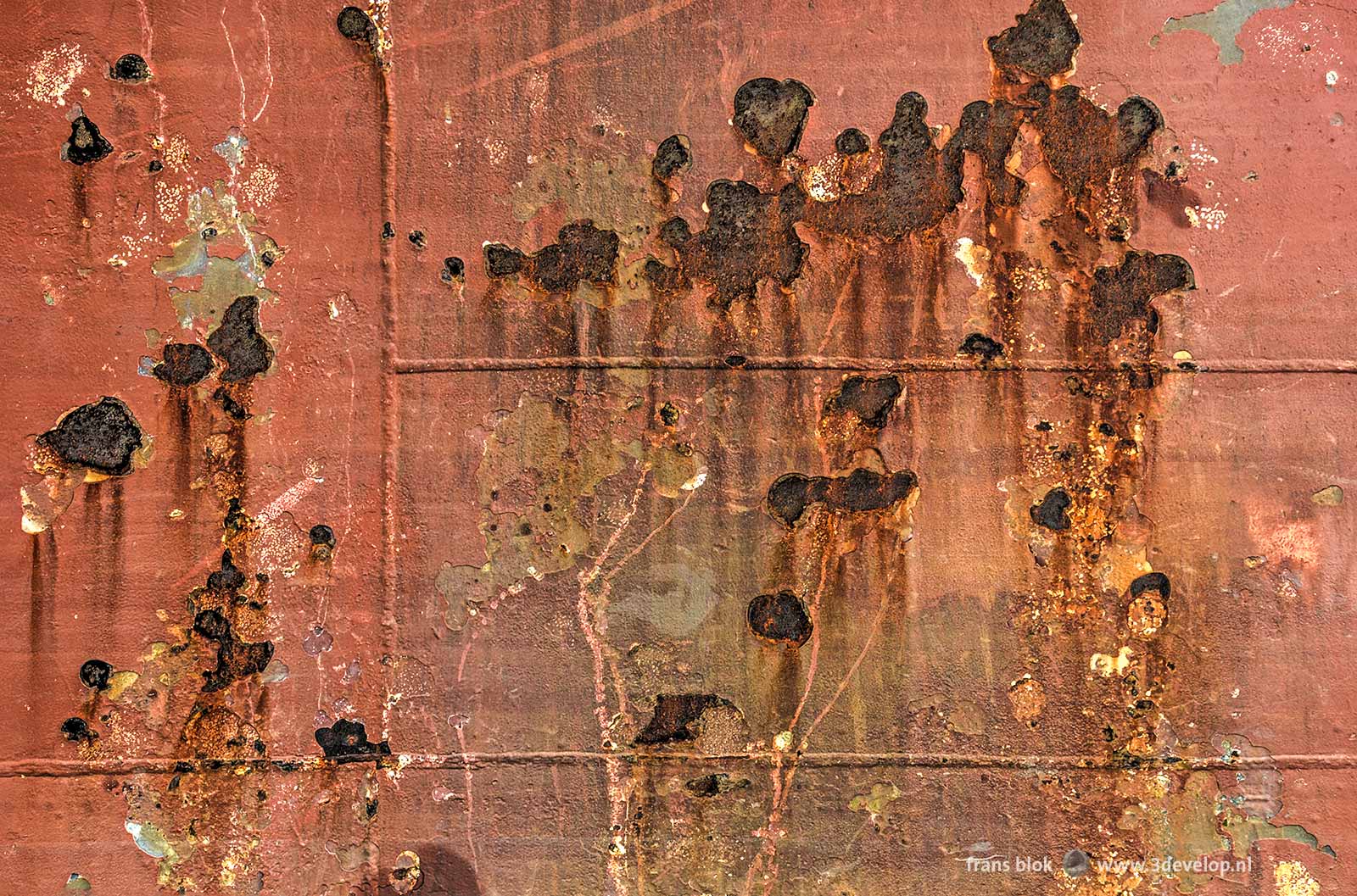 I can look at this kind of pictures for hours. A lot of things are happening here on a couple of square meters! The red paint on the ship’s hull is irregularly discolored into a wild palette of shades all the way to purple and pink. In some places, the steel is heavily affected by dark brown or almost black rust spots, with leaking stripes in lighter brown. In other places, the paint is only slightly peeled off, making greenish and bluish underlying layers visible. The welding joints are the only more or less straight lines in the image. And what are those white scratches and spots?

The resemblance to an abstract modern painting is obvious. But you could also look at it as a map, just like the Peeling Paint World Maps I made a while ago. This idea inspired me to make the rusty Rotterdam Water Map shown below. Created by pushing Photoshop to its extreme limits. 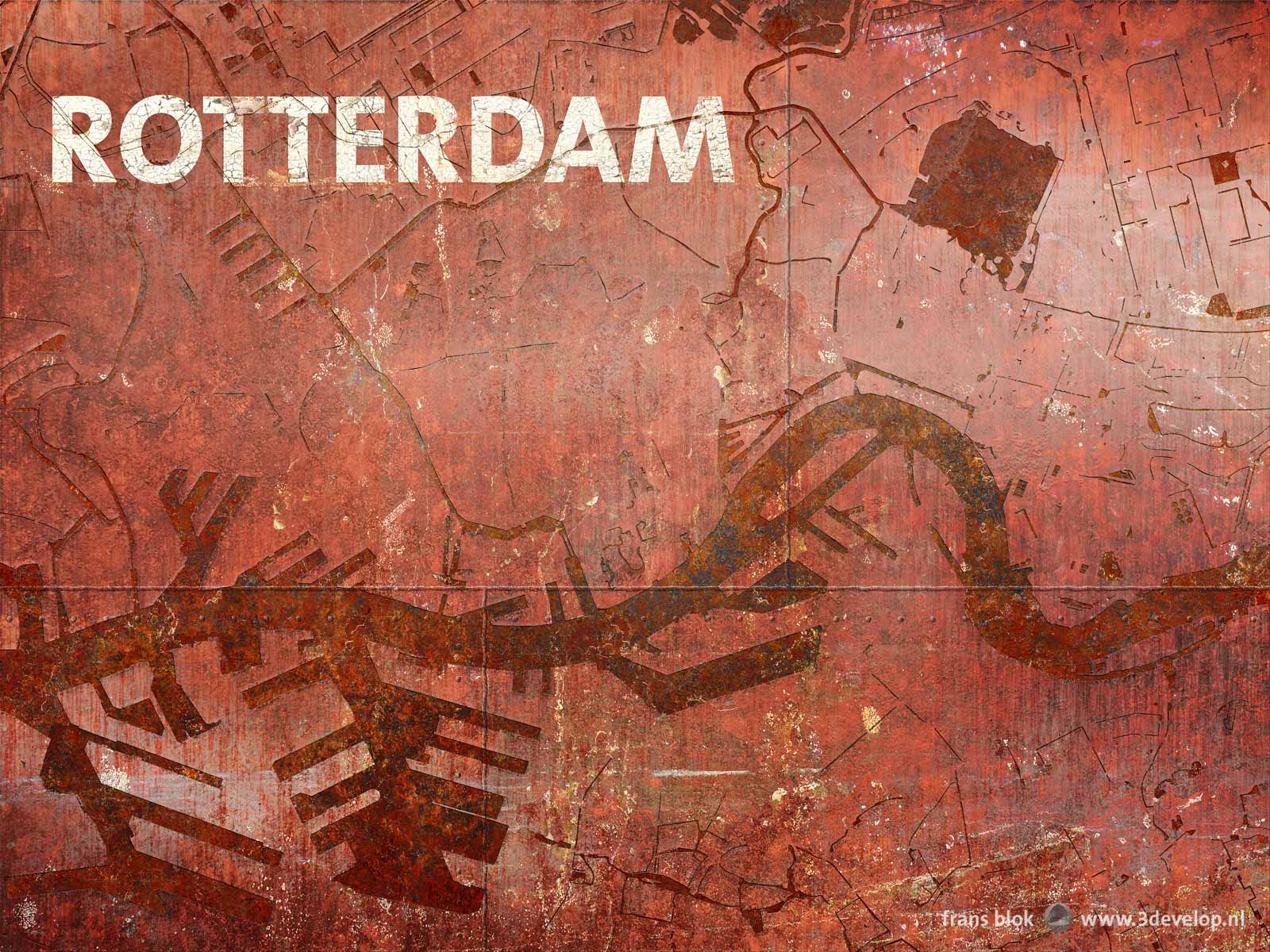 Most striking feature on this map is the characteristic elegant curve in the Nieuwe Maas river. As if the Rhine makes one last bend to salute Rotterdam before rolling out to the sea. Indeed, the Rhine; the river may be called Nieuwe Maas or New Meuse, but it is actually the Rhine that, as soon as it enters the Netherlands, gets a different name every few kilometers. But I digress.

From the top, two smaller rivers enter the scene: Rotte, a little bit right of the center and Schie, on the left. The large pre-war harbor basins like Waalhaven and Eemhaven on the lower left are well recognizable, as well as the almost square shape of Lake Kralingen in the upper right. The canals and other small waters are like scratches and cracks, as is visible at the bottom, near Zuiderpark. 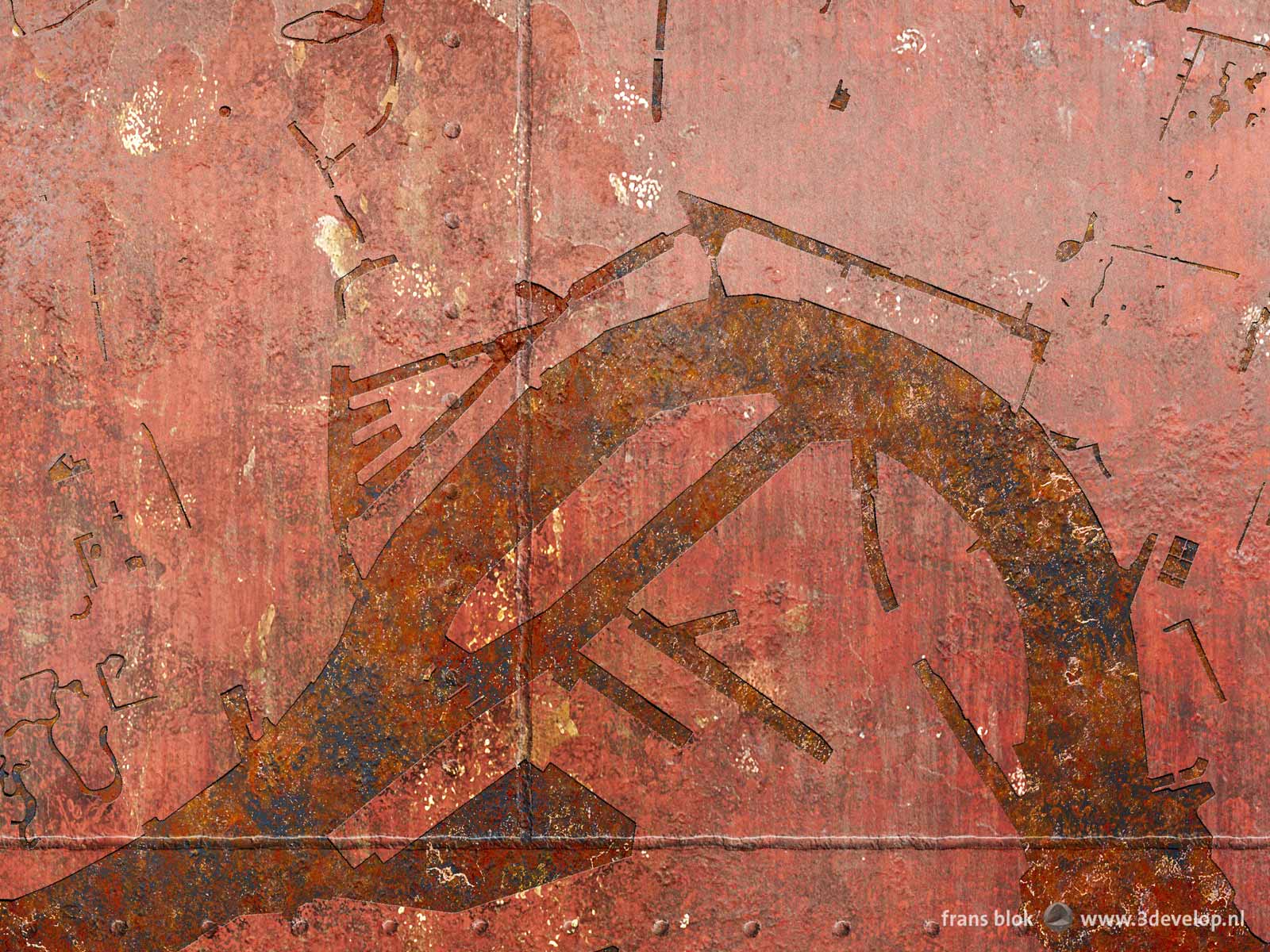 i finished the map just in time for the World Port Days, the biggest nautical festival in the Netherlands, on 1, 2 and 3 September. I’m sure there will be some interesting ships moored at Park Quay then, probably in a slightly better condition.