He says an old guitar is all he can afford.

Sometimes I’m amazed about how cheap some things are. Who would have thought, for example, that my old guitar could be repaired for less than ten euros?

I’ve been playing this acoustic guitar for decades. It’s just an avarage guitar, nothing special, but that’s okay because I’m not a gifted guitarist either. At a campfire I can provide some rhytmic guidance to the singing, and that’s about it.

It’s impossible to figure out how old the instrument is, but a few stickers on the back, with fading psychedelic colors and nineteen sixties typography, suggest that we might have the same the same year of birth: 1962. 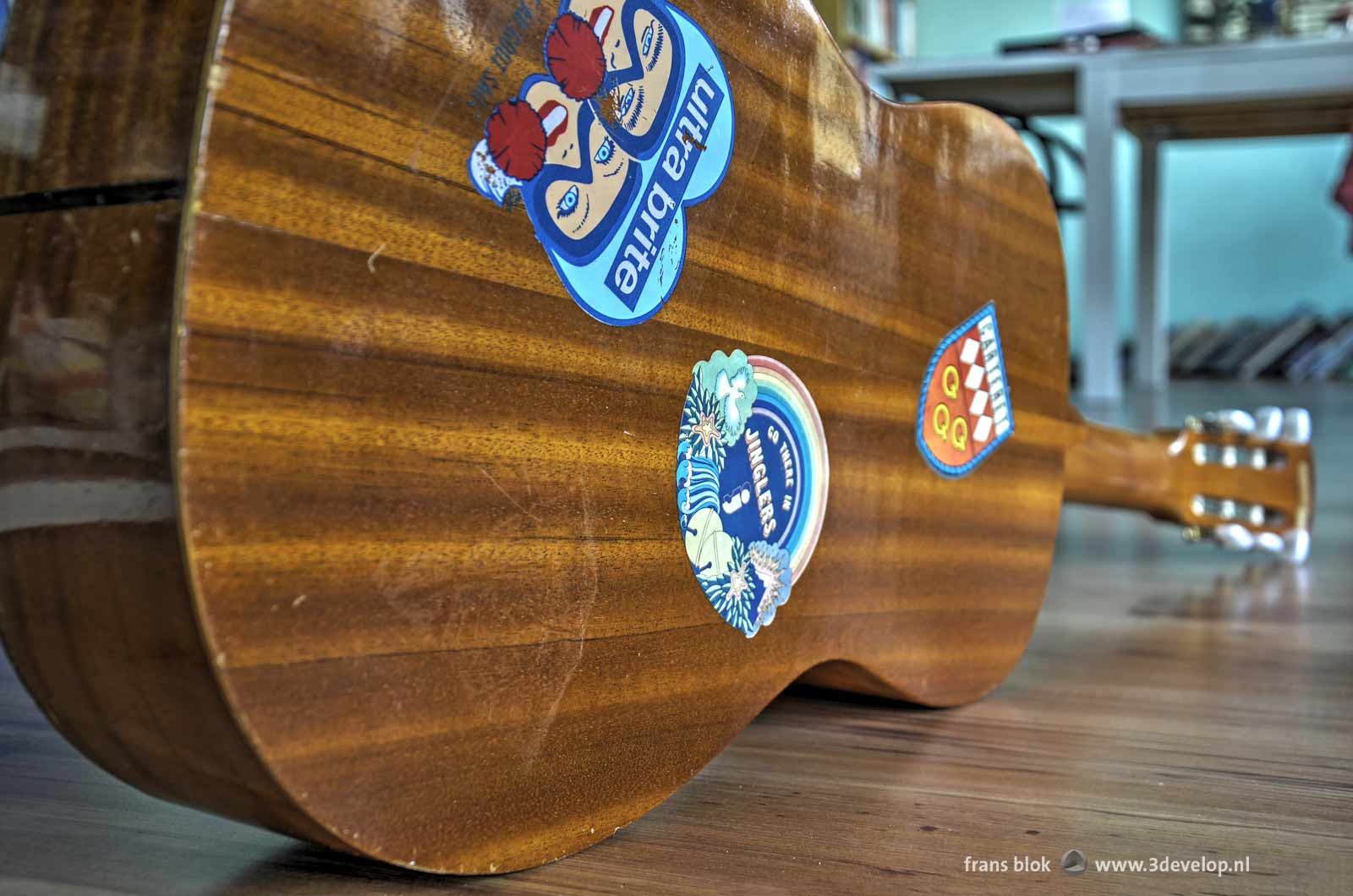 Tuning with a wrench

Tuning the guitar had been cumbersome for years and when a few weeks ago one of the tuning buttons broke I could only tune the low E string using an adjustable spanner. An intolerable situation, of course, but as a freelancer I am currently not that rich. Like Guitar George from Sultans of Swing by Dire Straits, an old guitar is all I can only afford. And to have it repaired, could easlily cost me tens of euros, if not more. Or so I feared.

A simple Google search showed that I had been too pessimistic. The company Thomann in Burgebrach, Germay sold Harley Benton Concert Guitar Machine Heads for only 5.90 euros. With two and a half euro for shipping, the machine heads were mine for less then ten euros. 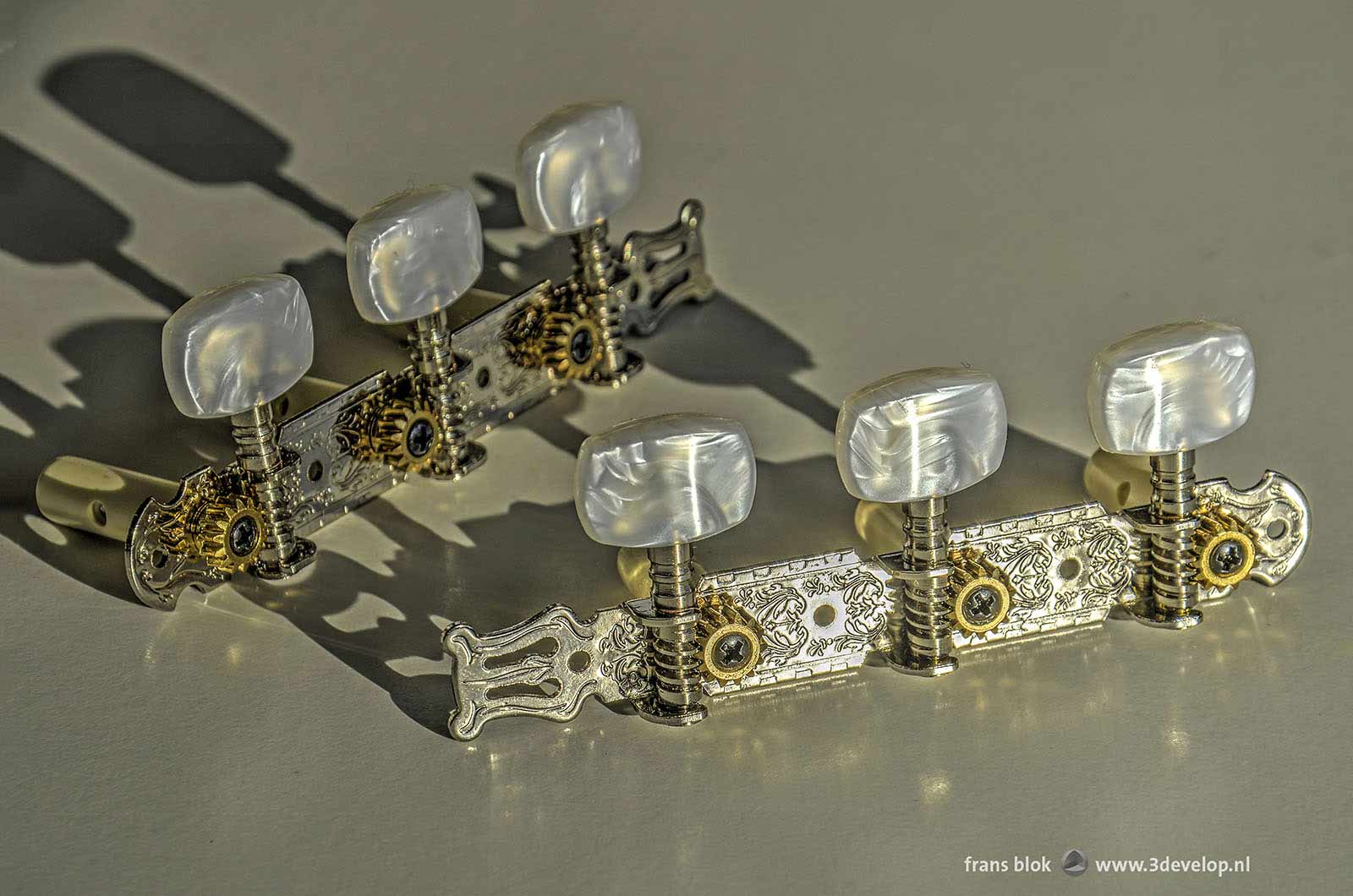 It turned out it was a perfect fit and easy to install so I can go jamming again. But what strikes me the most is that the new machine heads look so much nicer. The old heads were no-nonsense: iron and white plastic. The new ones are made of shiny stainless steel with baroque ornaments, brass screws and buttons with a mother-of-pearl effect. 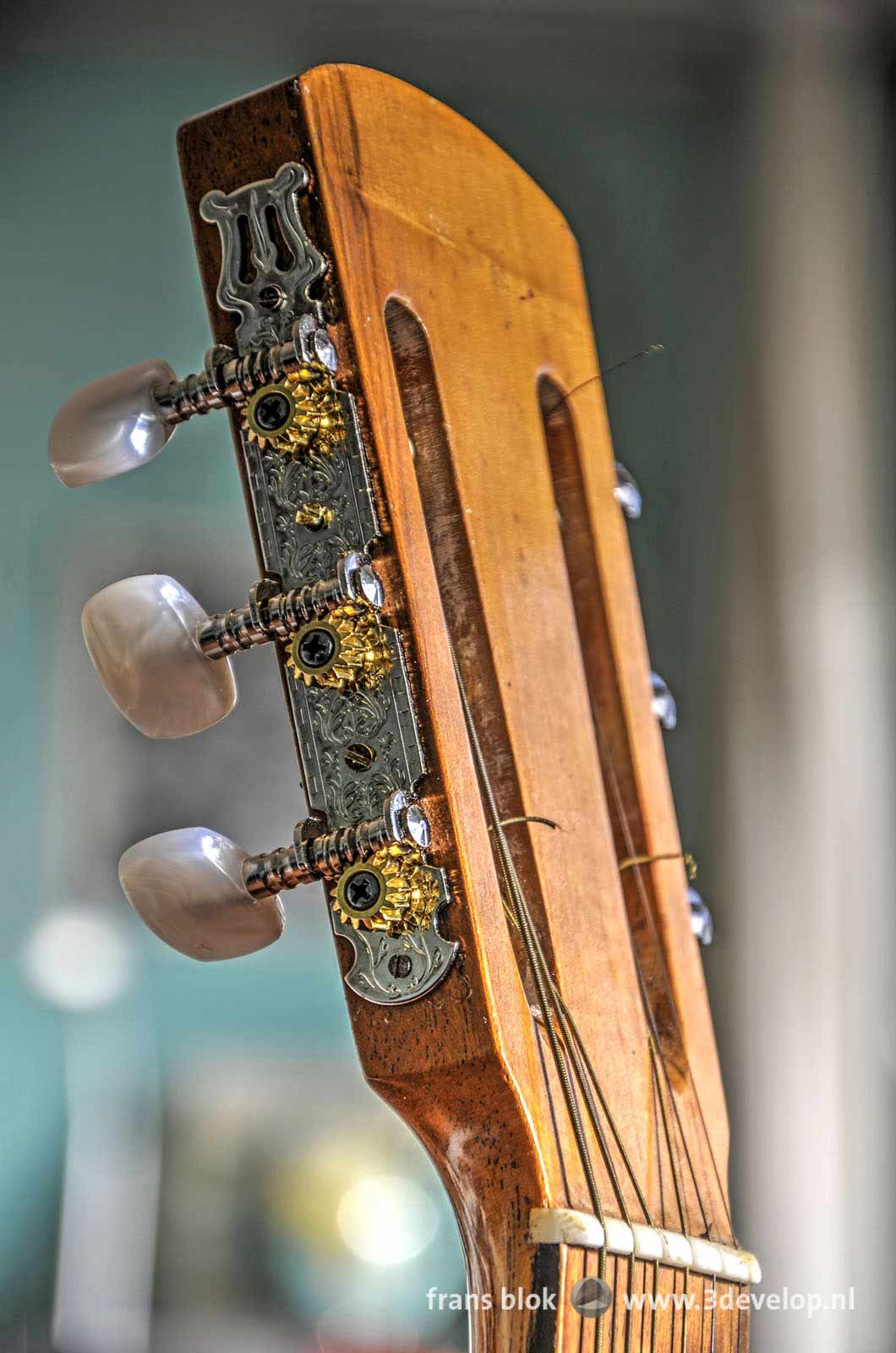 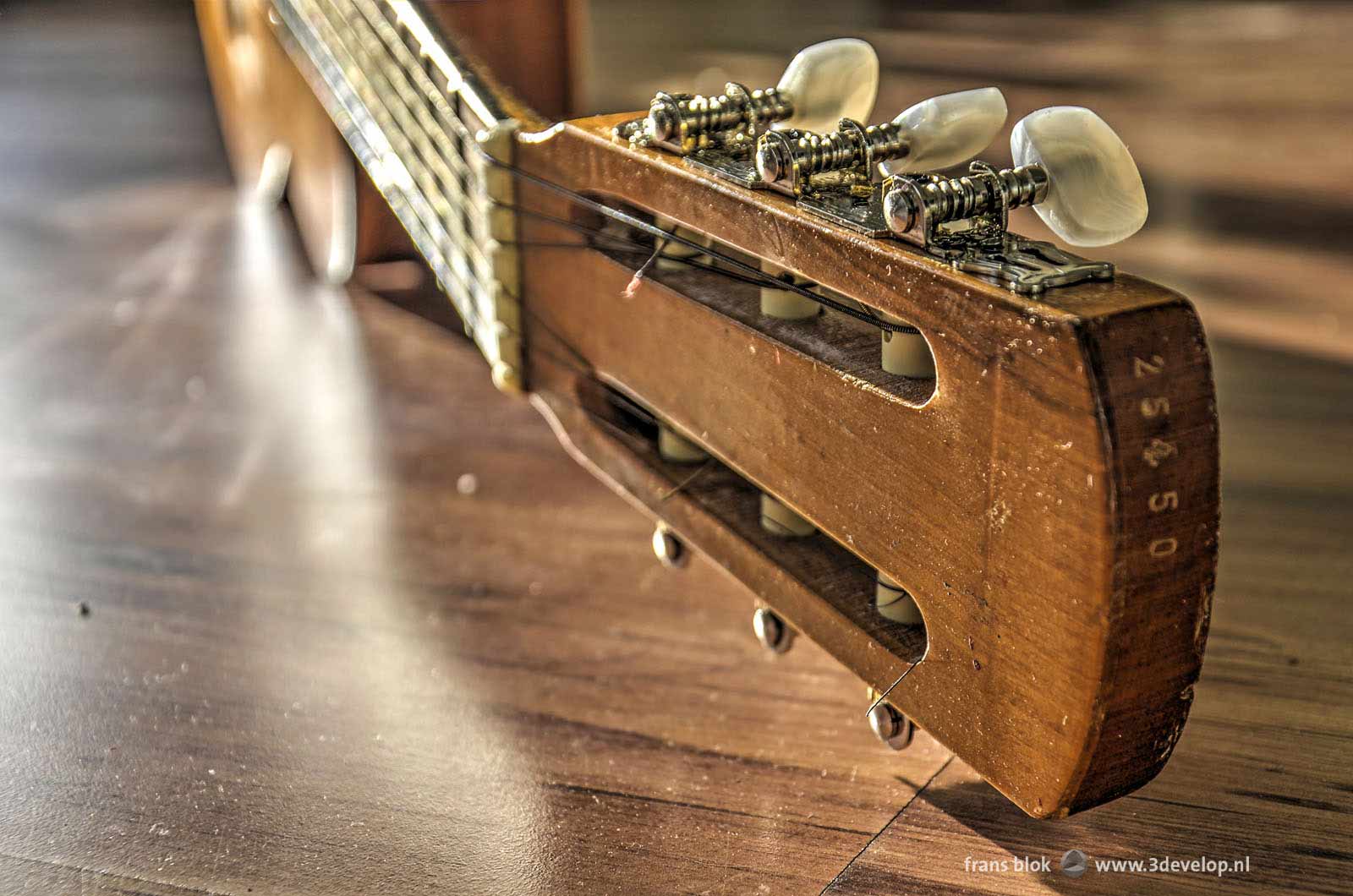 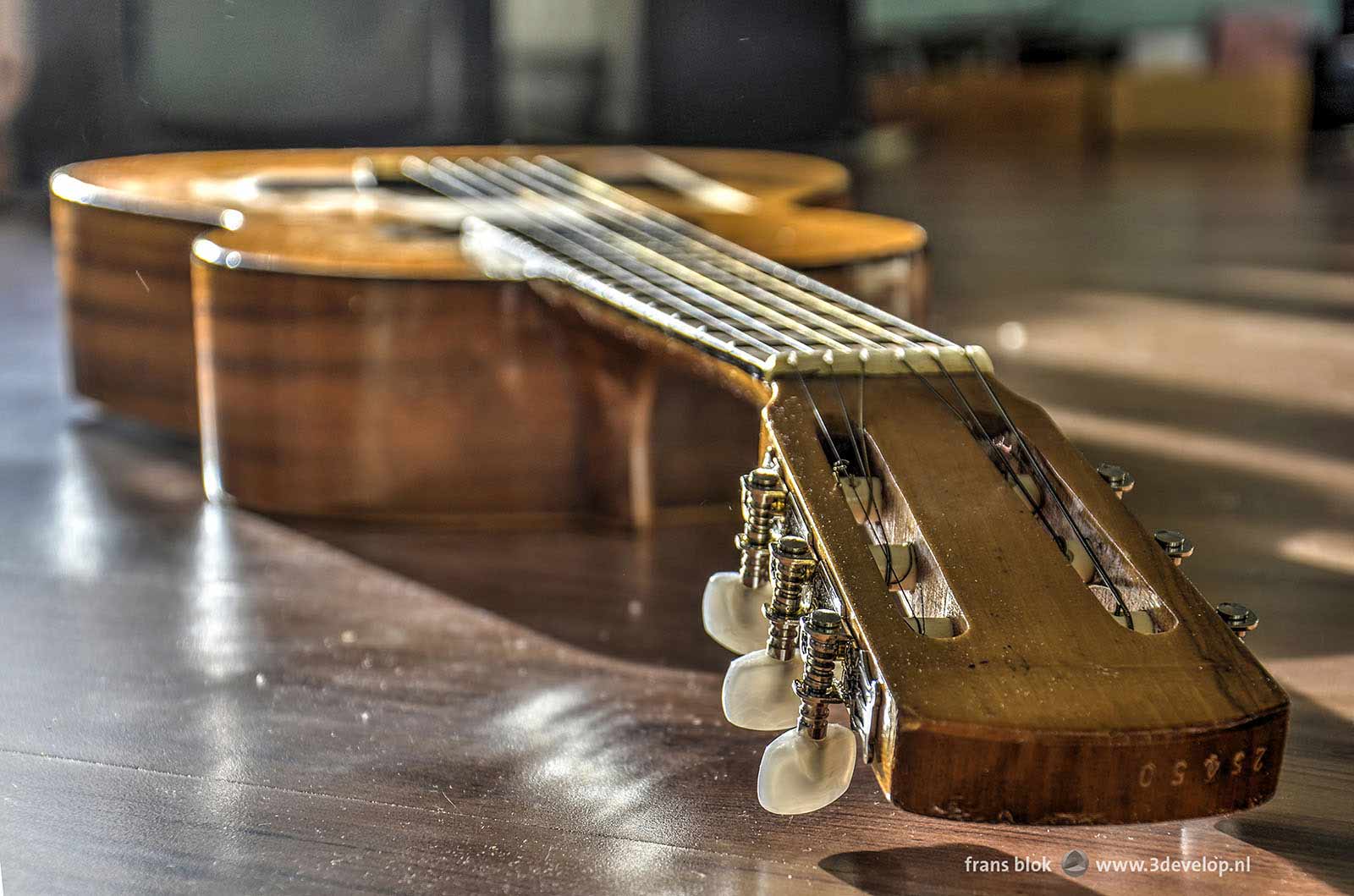