A few years ago, in the context of a competition organized by Rotterdam Festivals, I made a graphical representation of the Rotterdam skyline as shown below. The competition was set up to create a new logo for the organization; until that time they already used a stylized skyline, but with the arrival of new landmarks like De Rotterdam, the Markthal and the Central Station, that urgently needed to be updated.

My design was not selected. Usually that’s the end  of the story with a competition like this. But not in this case. I put the image in my webshop and I wrote a blogpost about it. I made a few variations, including a spherical panorama and a knitting pattern. Over the years, the image and its incarnations found their way to various living rooms, but also to a birth announcement card. And in recent editions of the Rotterdam marathon, hundreds of runners had a Roffa-green version on their shirt.

Half a year ago I received a mail by Reynoud Homan, who worked with architect Koen van Velzen on the design for the renovation of the Pathé cinema on the Schouwburgplein (the Theatre Square in the city center).

The corrugated façade sheets, not appreciated much by many people, were replaced by another transparent material: polycarbonate. The façade of the large auditorium above the entrance was done in stucco, with space reserved for film posters. Because it was expected that this poster space would not always be completely filled, the idea came up to place an image of the Rotterdam skyline as a background.

When Googling for inspiration with keywords “skyline” and “Rottterdam”, my skyline design soon came to the surface. And that image perfectly fitted the job. So I was asked if I wanted to make my image available for the Pathé facade. I definitely wanted that; there are days when I don’t have the opportunity to see my work printed on 180 square meters in a visible location in the city center.

We quickly agreed on the price and after a few proofs, the waiting for the execution started. Funny detail was that I live a stone’s throw from the square and so I could follow the progress from my kitchen window. 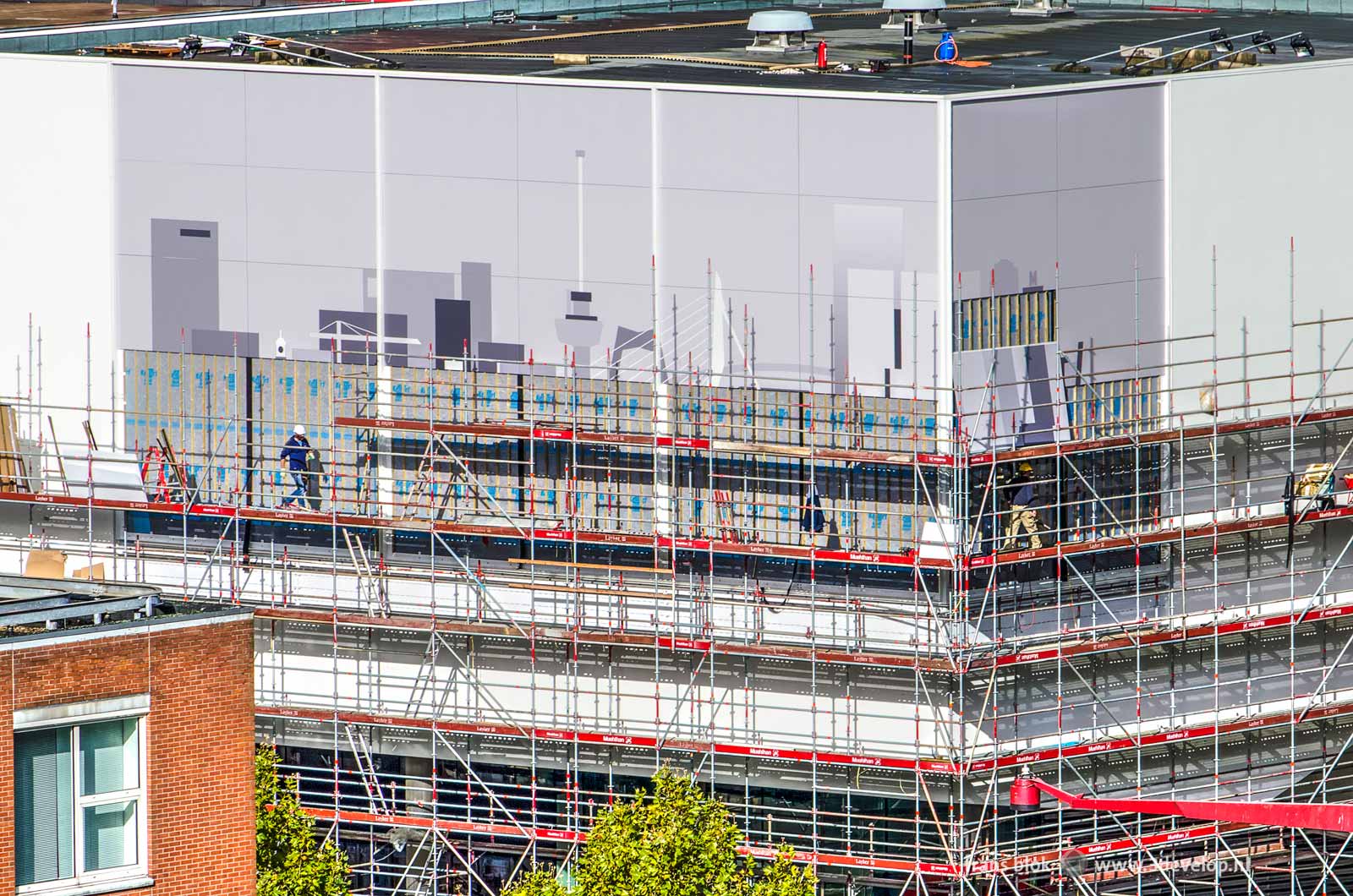 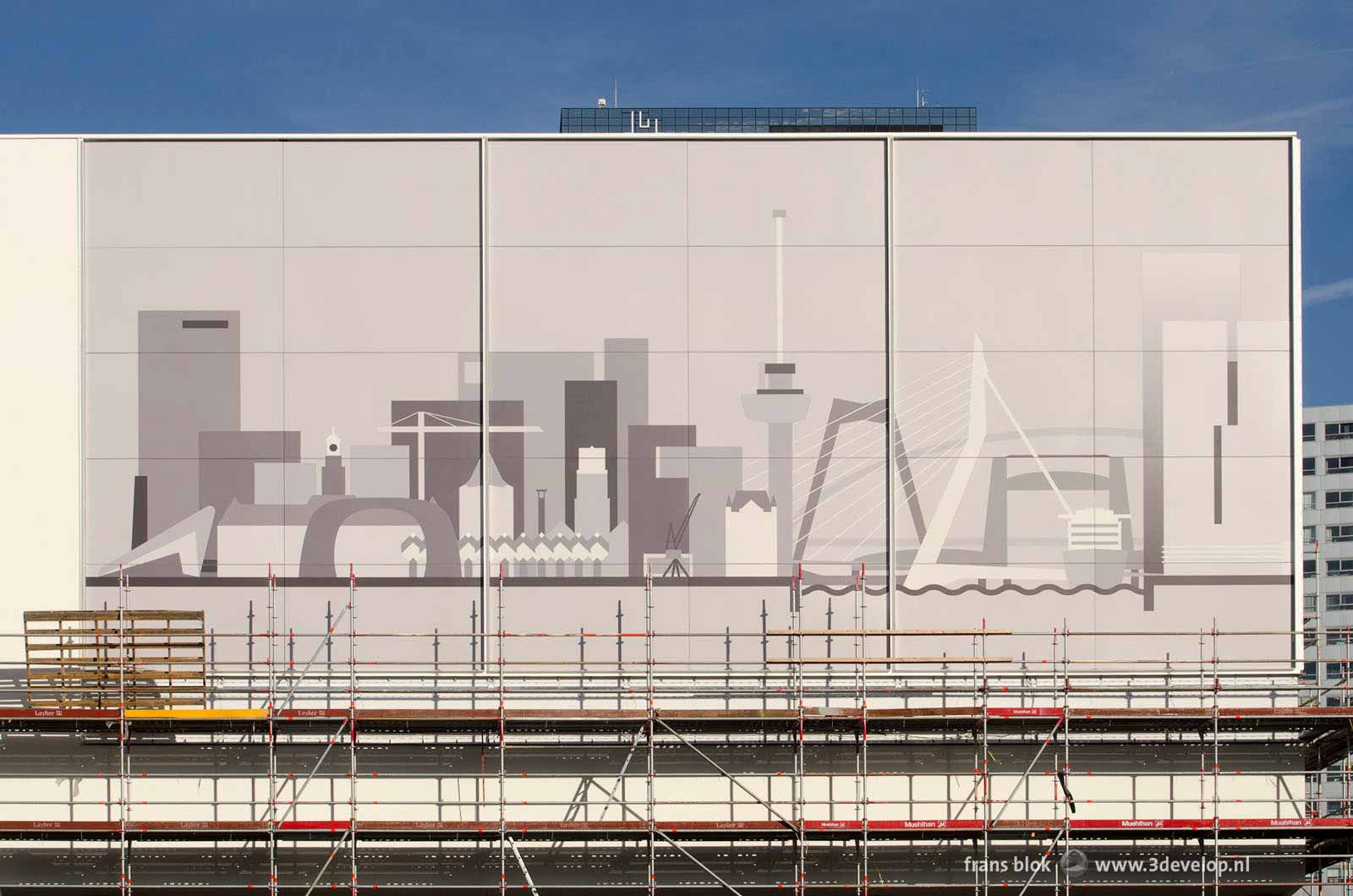 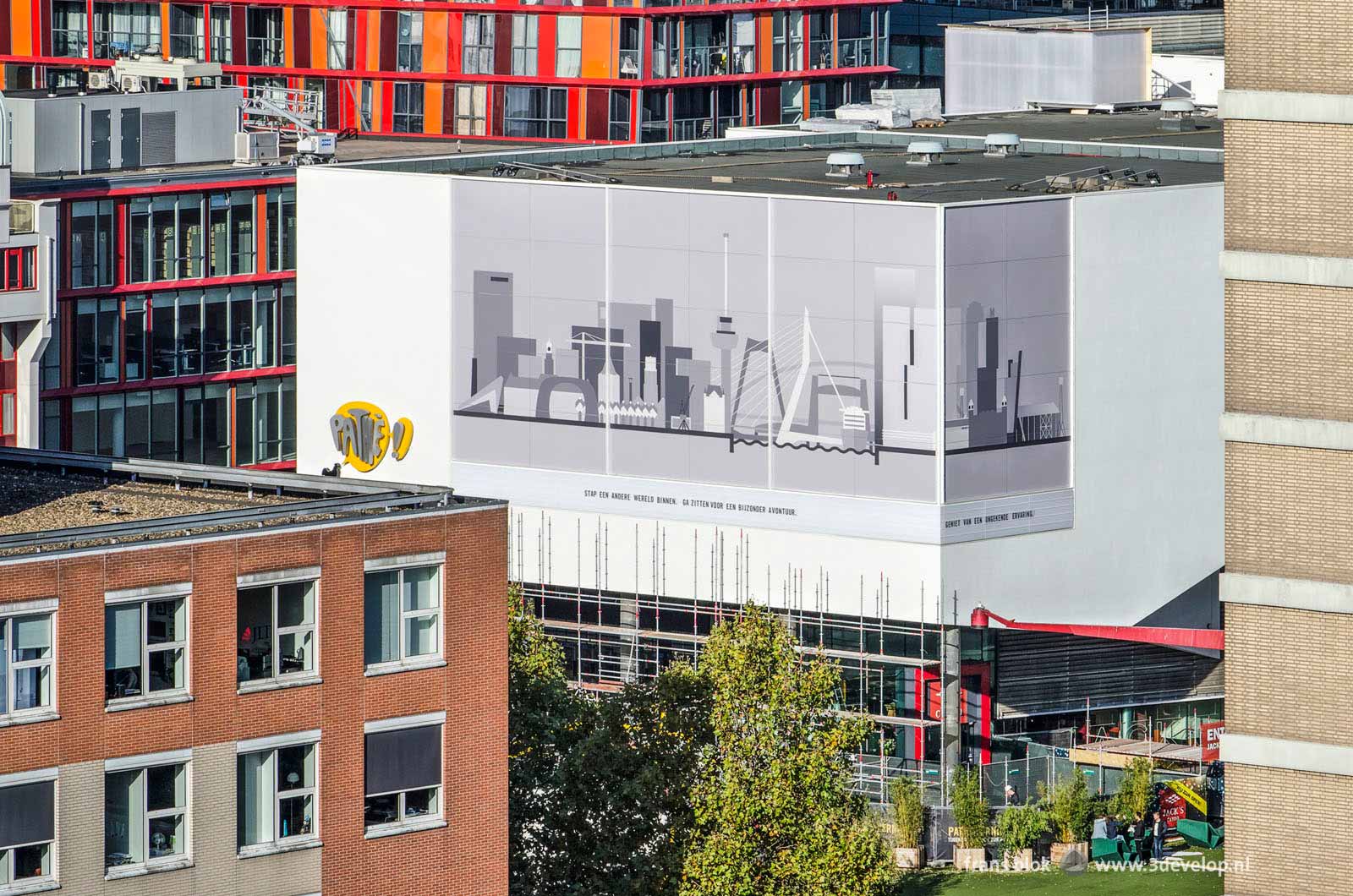 After the scaffolding had been taken away, the first film posters were soon installed. At the time of printing of this blog my whole image had disappeared beneath the posters. But as we say in the Netherlands: fortunately we still have the photos. 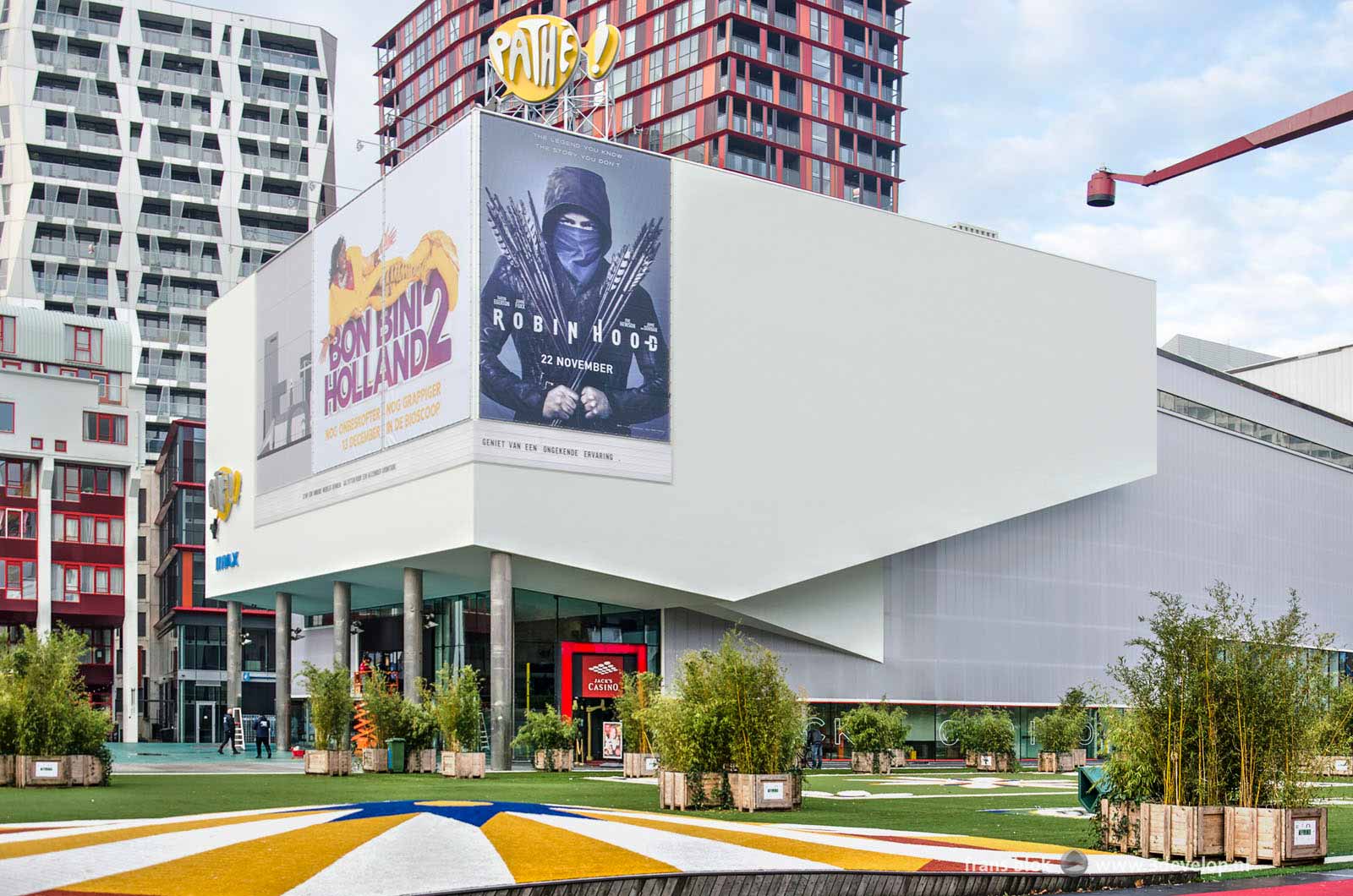 Initially it was expected that the poster space would not always be filled. But now that it’s there, it looks like the film distributors are quite fond of the idea and are also willing to pay for it.

So there’s a fair chance that my skyline image will never be seen again. That is, of course, a shame, but I also strangely like the idea. I’m the creator of perhaps the biggest piece of hidden street art in Rotterdam. The Secret Skyline of the Schouwburgplein.

And because I can imagine that people would like to have such a picture with a story on the wall, of course I also put this grayscale cinematograhic version in my webshop:

And allright, why not add a night version as well?