There are people – though they must be very old by now – who have witnessed both the first plane and the moon landing. A similar feeling comes over me when I think of how photography has evolved during my life.

I have turned my archive upside down and made the following reconstruction. It will probably sound very familiar to anyone in their fifties or older and is hopefully informative for anyone who is younger.

For convenience, I’ve summarized it into Six Decades of Photography, though I missed part of the first decade, and we still have to bring the sixth decade to a successful conclusion.

In that first decade, I wasn’t a photographer yet but I was the subject of the pictures my father made. He left me a large collection of slides, which is unfortunately not easily accesible if you are used to browse through your files quickly using the arrow keys.

In the sixties however, my father did not yet make slides but rather photographs. Color photography existed at that time but the photo album of my childhood contains mostly black & white snaps. Prints of 11 by 8 centimeters, including white border, were the standard.

The number of pictures was limited; the average child nowadays has more pictures taken in one day than we, late baby boomers / early generation X-ers, throughout our childhood. After all, there were only 24 pictures on a film and the printing cost something like a guilder per photo. 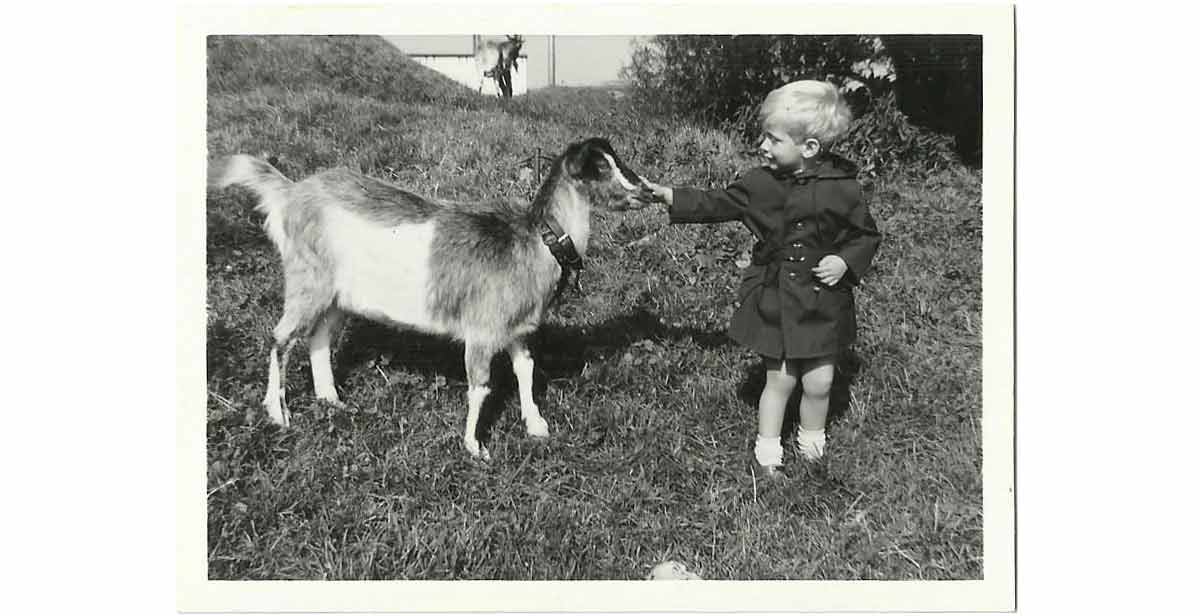 I took my first steps on the path of photography. My father switched to slides and gave me the camera that he had used for my infant and toddler portraits: an Agfa Clack.

It came with an extension piece for flash, that needed single-use lamps in which the glass, in a short but powerful energy boost, melted into a shapeless heap.

My pocket money certainly didn’t allow unlimited spending on lamps, films and prints. As a result my archive, also from this decade, holds only a small stack of photos.

I won my first photography contest with the photo below, which was actually an accident. After each picture, you had to pull a lever to move the film and if you forgot to do that, you got something creative. 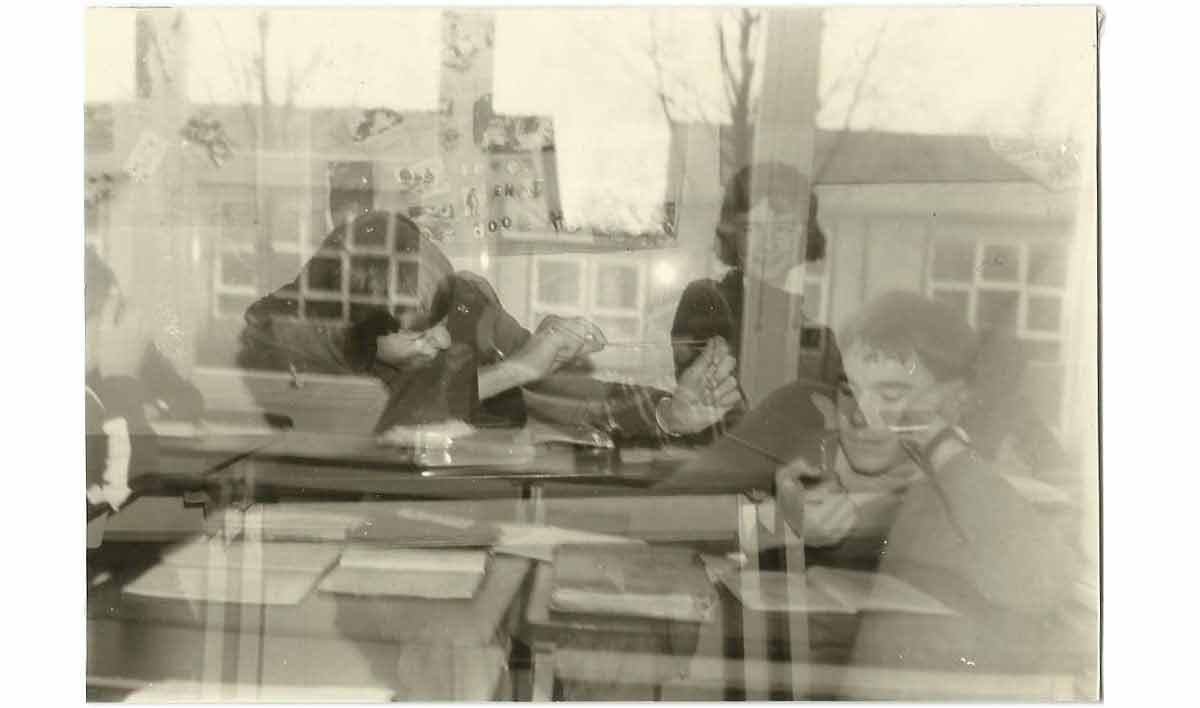 The Eighties: half format.

During my student days I began photographing in color. Still with an inherited device: a PMC Automatic Rapid that my father no longer used. A so-called half format camera that could take both photos and slides. But this business with slide trays, lightboxes and projectors seemed a bit cumbersome to me. And all these peripherals were also relatively expensive so I chose to take photos.

Of my vacations in those years, invariably labeled with names like European Tour ’84, I’ve got one and a half shoe box of historical evidence. But life outside the vacations has hardly been captured; at rare occasions to complete the film after returning home. Of the student house where I lived for ten years there are but a handful of pictures.

The quality of the prints depended very much on the place where you had them developed. Sometimes it made you happy, sometimes it made you sad. You really had no influence on the result unless you went into the darkroom yourself. But after making a pile of photosensitive material worthless during a photo course by opening the box prematurely, I decided not to try that anymore. 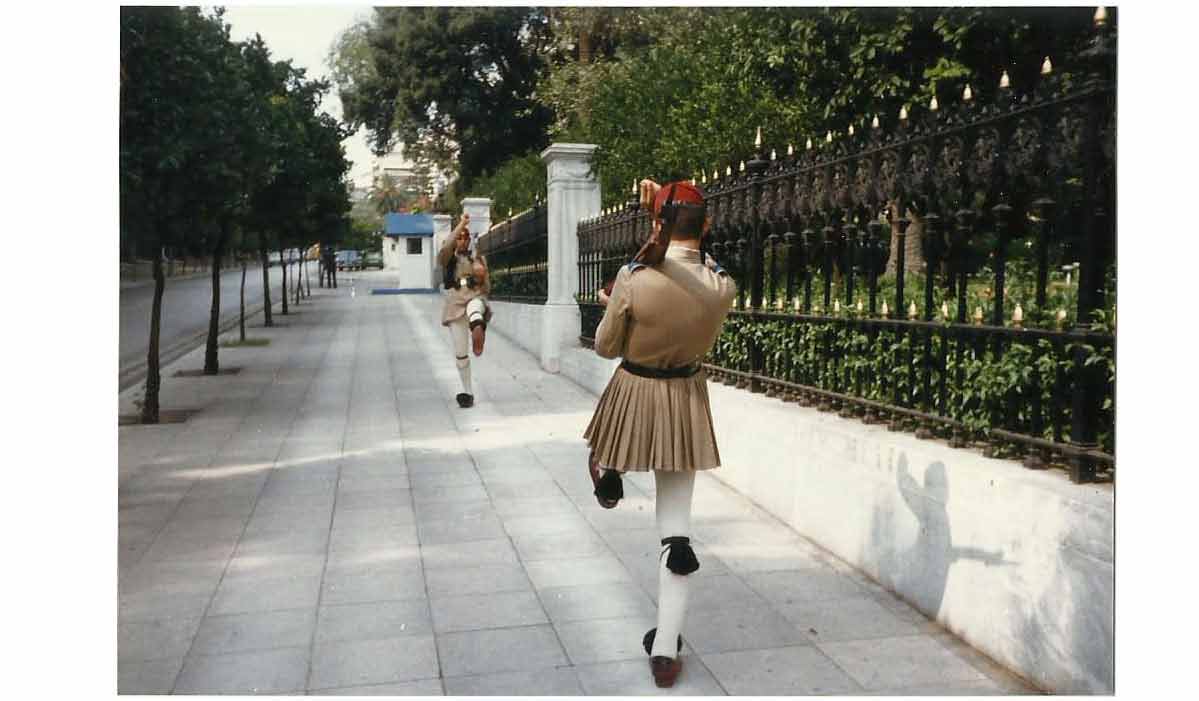 The Nineties: zooming and self-timing.

It became increasingly difficult to find film for the Automatic Rapid and by now I earned a nice salary so for the first time I bought myself a camera, a Pentax Espio 115. Still a simple point-and-shoot model, but with a few innovations: a zoom lens, auto focus and a self-timer.

And it could take panoramic photos, although that feature was a little fake: the panoramas were not so much wider as well lower. Actually the camera cropped a piece at the top and bottom off a standard photo.

I had to get used to the fact the device needed batteries which sometimes ran out. I never had that problem with the Rapid, which apparently didn’t need any power.

The Pentax has seen a lot of the world: India, Indonesia, Morocco, New York; it was the Age of the Great Voyages.

The prints became larger and more numerous. My salary was increasing, prices were decreasing, so money was becoming less of an obstacle.

At work the first digital camera appeared, which produced photographs of as many as a quarter megapixel (640 × 480). I was not yet convinced and continued to make analog pictures. 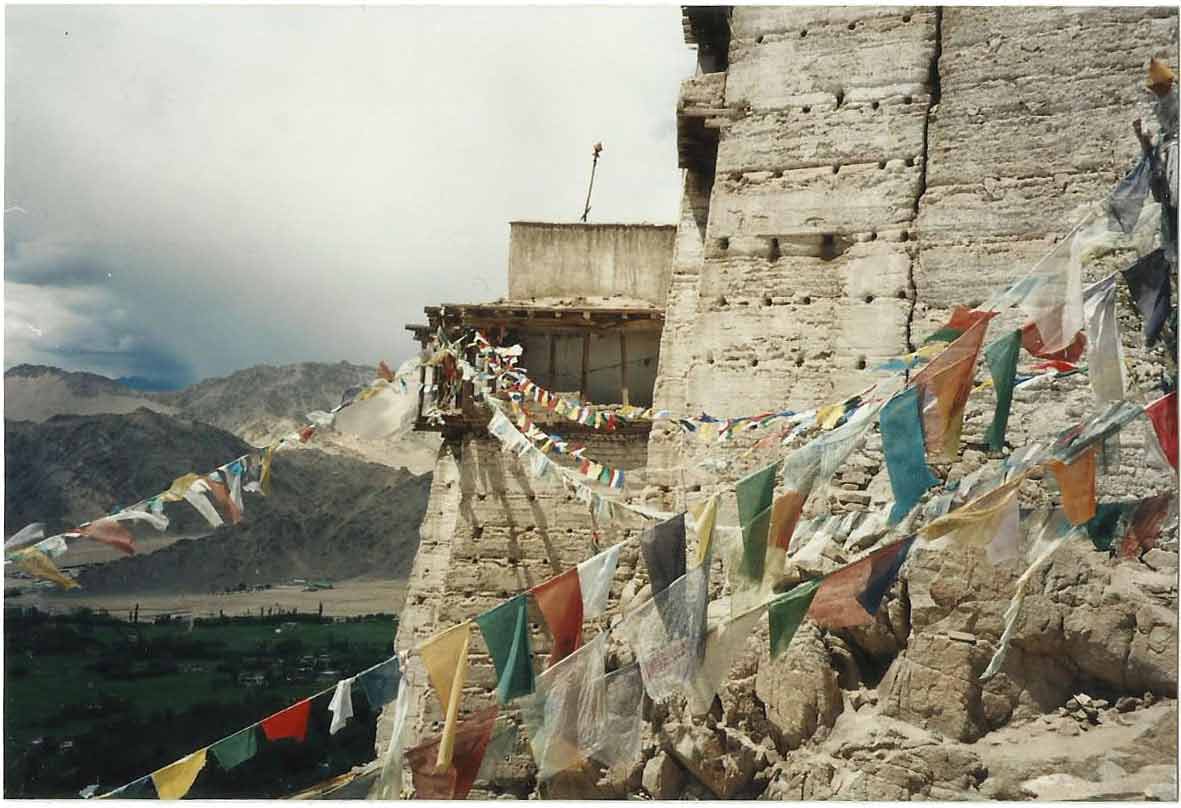 The Zeroes: the digital explosion.

Digital developments, however, went quickly. The resolution jumped upwards, the prices plummeted. I finally decided to buy a Canon Ixus 400, which was a very popular model in those days. A small, handy, lightweight compact camera.

Money didn’t really play a role anymore. In the beginning I sometimes printed some photos, but soon I only viewed and I shared them digitally. In fact, a photo didn’t cost a penny. So I took the Ixus with me not just on holidays but also at hikes, office outings, parties and newborn visits. Convenient for historians; our lives in the digital age have been much better documented than before, also because every photograph has an exact timestamp.

When the Ixus 400, after three years and five thousand photos, suddenly died, the price / performance ratio of new models had improved in such a way that I immediately bought a descendant, the Ixus 850. That one was again much smaller, lighter and thinner than its predecessor; I could carry it around in my pocket. At the same time, twice as many megapixels came out of it.

Both Ixusses took pictures that, at that time, I was very satisfied with. I post-processed every photo extensively in Photoshop. Color, contrast, sharpness, it was all in my hands. And sloping horizons were a thing of past.

But when I look at those pictures now, they’re a bit disappointing. With those cameras you couldn’t really control an aspect like depth of field, for example. The resolution of the pictures is also much less than we are accustomed to today. Also, I think I’ve learned a few things as a photographer. 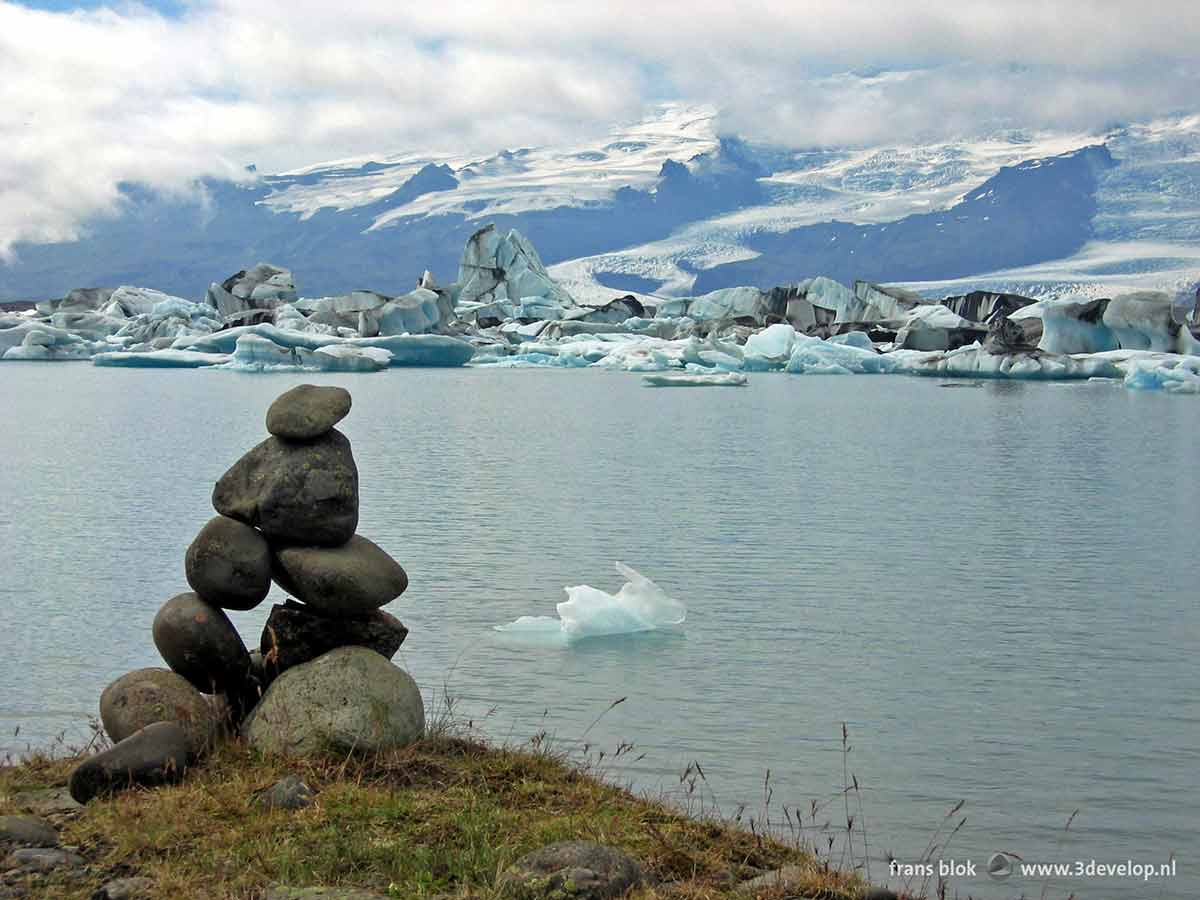 I had postponed the giant leap for a long time; with a compact camera, I felt much more fast and agile. But it had to happen one day: I finally bought my first “serious” DSLR, a Nikon D5100. More megapixels, but above all much more buttons to turn and settings to try.

I devoured every tutorial that I could find. More and more I started making pictures in the Edges of the Night, I made spherical panorama’s, time lapse movies and I discovered HDR photography.

Striving for perfectly sharp pictures I made it a habit to use a tripod as much as possible, or improvising one by placing the camera on a wall or pole.

I started selling photographs through my webshops at OhmyPrints and Pixels.com. For the first time photography brought me more money than it took.

The Age of the Great Voyages is over, at least for now. Being self-employed, I currently have a more limited budget than before. Which does not imply that I don’t have some photo expeditions to far away places in my mind: Japan, New Zealand, San Francisco, to name a few. But for the time being, my hometown, homeland and neighboring countries are also very succesful destinations for photo expeditions. 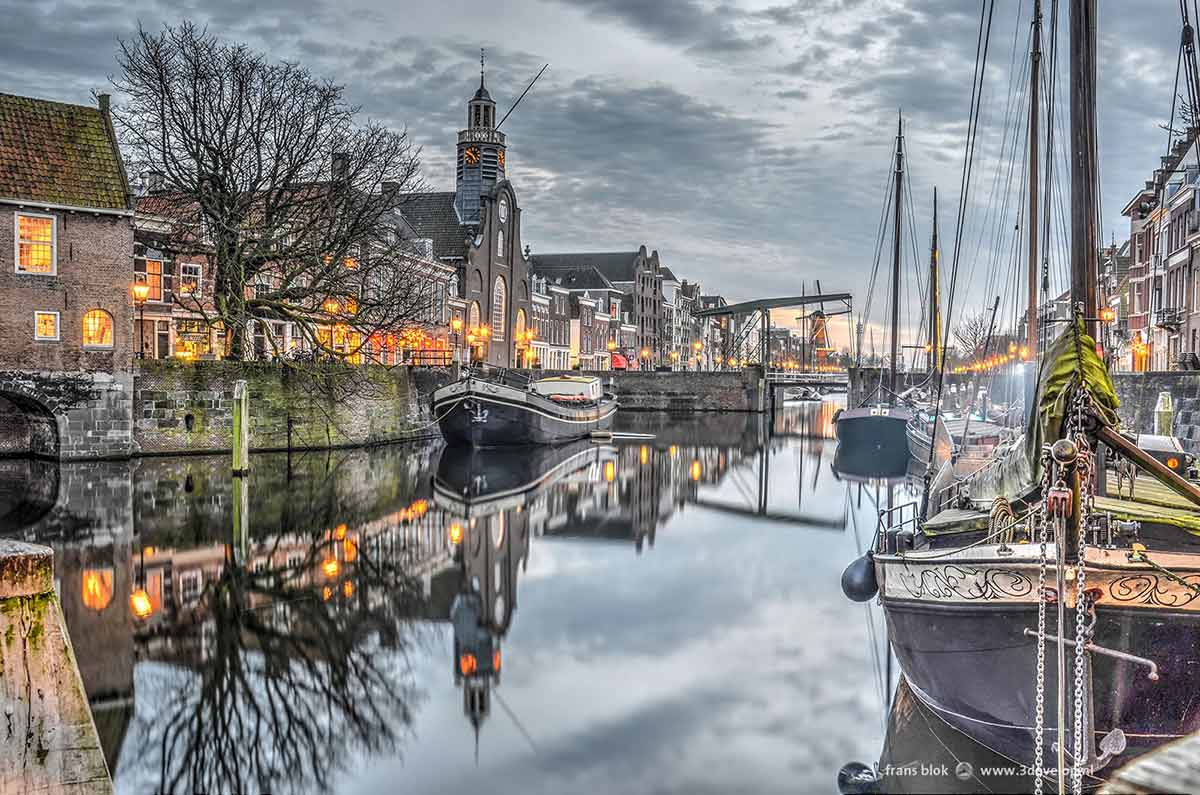 I would not mind to live also through at least the twenties, thirties and forties. And I am very curious compared to which advanced technology, my current pictures will then look a bit poor. Five hundred megapixels? Interactive holograms? A fleet of drones? We shall see.