Spherical Panoramas: How to Make a Little Planet

Only eight months ago I made my first spherical panorama, of the Schouwburgplein in Rotterdam. These days I even make them in commission. Time for a little tutorial.

The great thing about spherical panoramas is that give an overal view: they show a place in one single glance, unlike tradional widescreen panoramas where you have to pan with your eyes from left to right and back to see the whole picture. And unlike reality where you have to turn around 360 degrees to see everything. 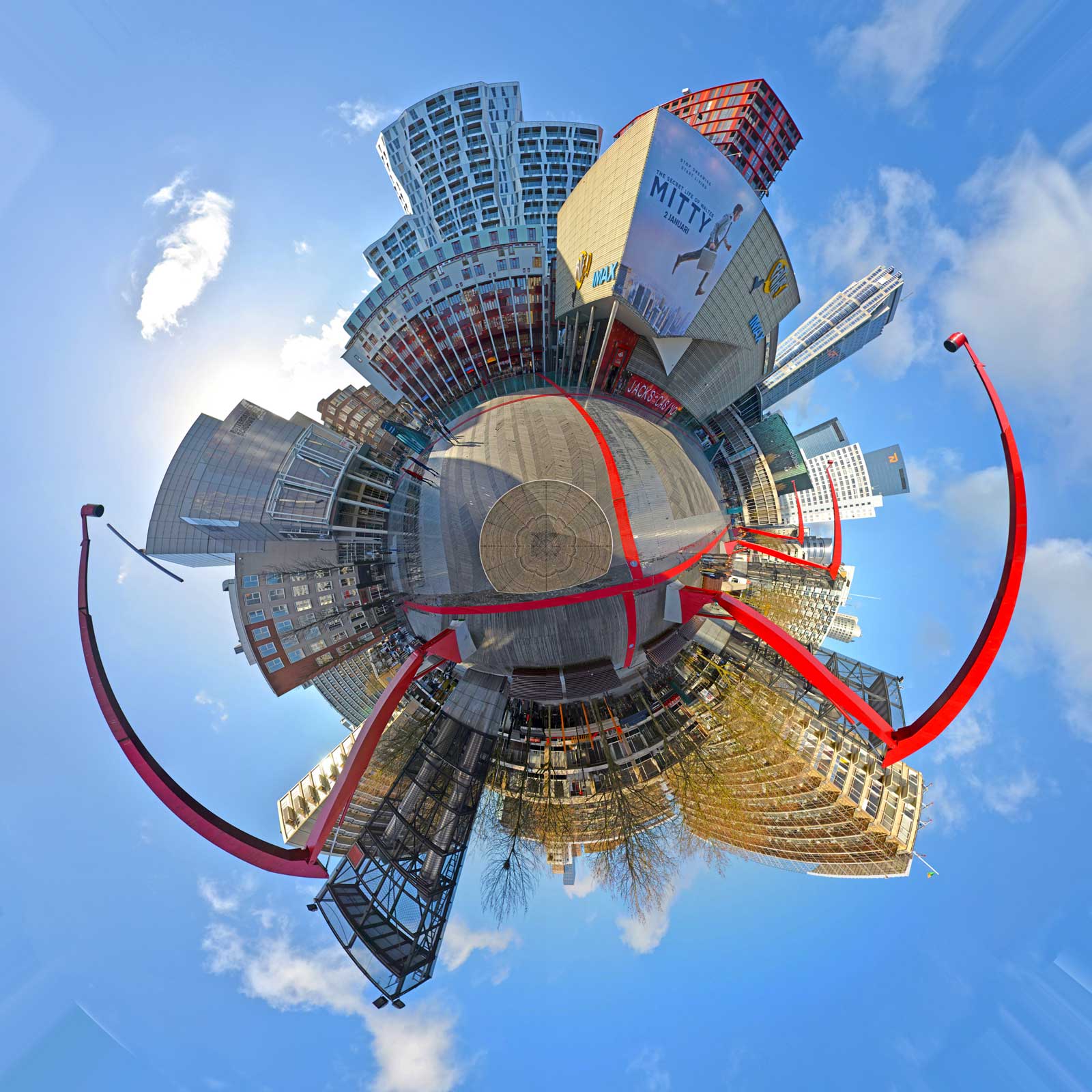 You don’t need advanced photographic equipment to make these panorama’s. Many mobile phones nowadays have a panorama tool. I use a Nikon D5100 with an 18-105 mm lens at its widest angle. The first panoramas I created were stitched together from around twelve photos in landscape orientation. Later I switched to portrait orientation, because I wanted to capture more of the sky and the ground around my feet; as a result I needed around eighteen photos. The latest panoramas I’ve made are composed from around 24 landscape oriented images, in two rows with overlap on top of each other.

For the stitching part I use Photoshop’s excellent photomerge tool, to be found under file → automate. In most cases the option “cylindrical” works best; I include the vignette removal and geometric distortion removal options. And then I go and make some coffee because depending on your computer power the process can be time consuming.

To make both ends of the panorama blend well, I usually do a second round. I cut the picture at an arbitrary location more or less halfway and have photomerge stitch the resulting two images. This usually takes much less time.

Finally I spherize the panorama by changing the image to a square 1:1 ratio, rotating it 180 degrees and applying the filter polar coordinates, to be found under filter → distort. Only the center and the edges of the image need some manual additions, because those areas were not part of the composing photographs.

As an alternative I sometimes make tubular panoramas: those can be made following all the steps described above, except for the 180 degrees rotation. Like for example this panorama I composed of photo made at dusk on College Green in Bristol, England. In the upper right the City Hall, at the bottom Bristol Cathedral 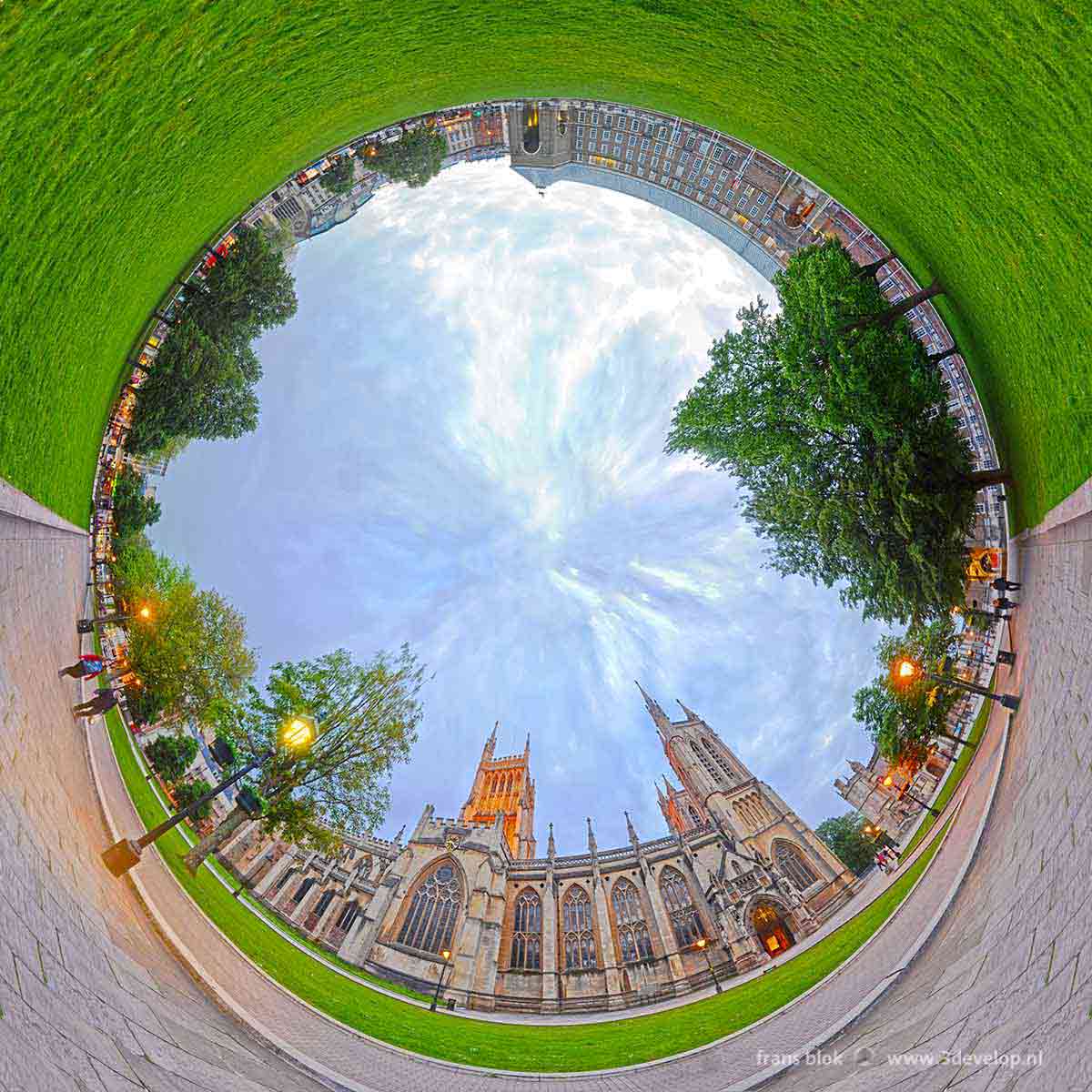 I often apply a multitude of other Photoshop filters after which the image looks like something in between a painting and a comic book drawing, rather than a photo. Look for example at this paintified panorama for which I took position in the center of the star in the pavement in front of the Town Hall on the Market Square in Gouda. 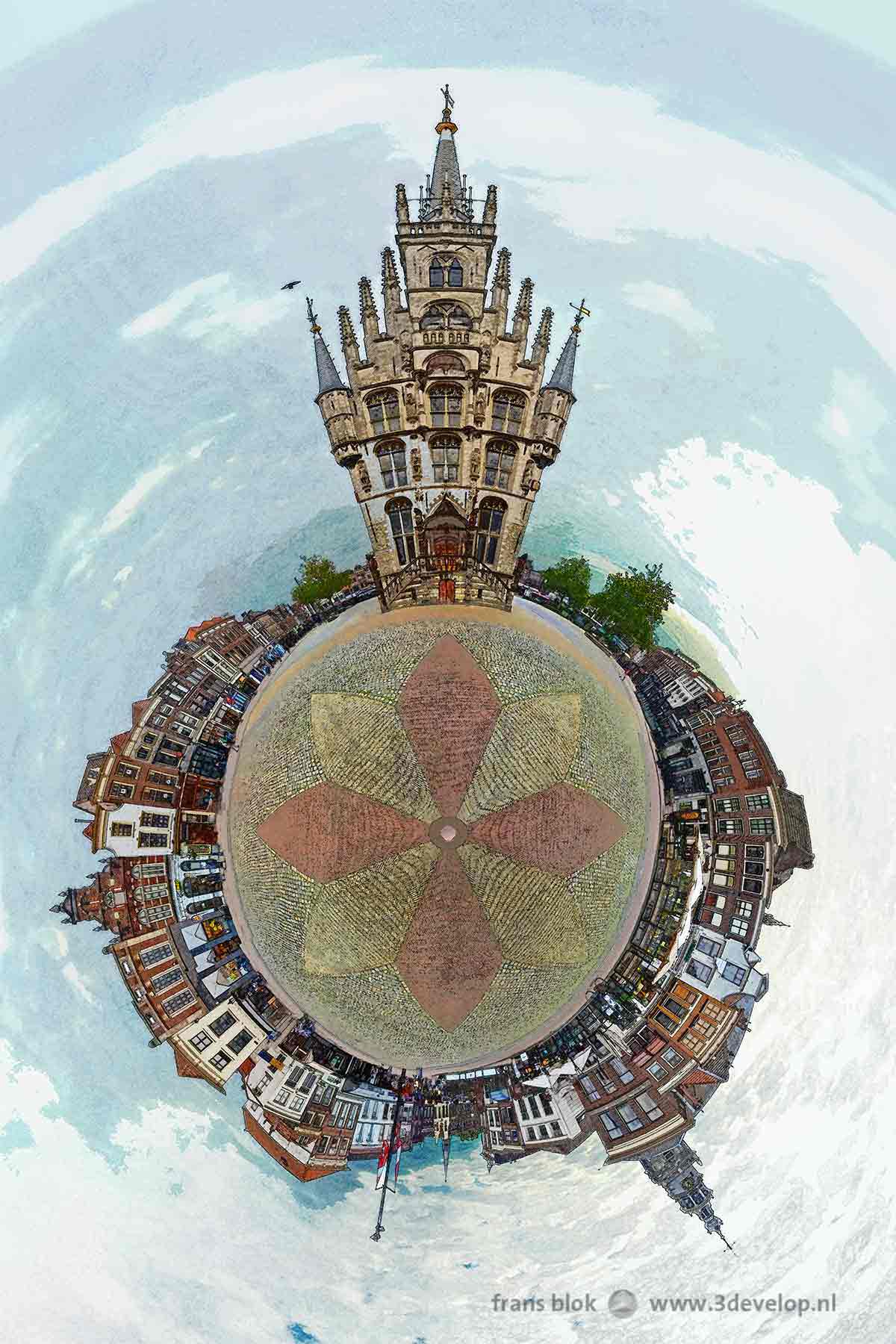 Panoramas on the wall

I’ve brought my most beautiful spherical and tubular panoramas together in an album in my webshop, in which they can not only be admired, but also printed on various materials and in many different sizes: