All Year Round Spherical Panoramas

I’ve been making a lot of spherical panorama’s lately, often referred to as “little planets”. But of course I have not invented the concept myself. I’m certainly not the only one who makes them; anyone with a camera and a recent version of Photoshop can produce them quite easily. And of course I do want my panoramas to add something, to stand out among the many other small spheres that are being made.

One of the ways I try to do that is by showing the influence of the weather and the seasons. The panorama below, for example, was made shortly after a rain shower, in the Museumpark in Rotterdam, on the square where festivals like the Parade and Open Air Cinema take place. Because of the rain the asphalt, painted in the colors of the European flags after a design by OMA, was shining in the light of the sun, that just came back out from behind the clouds. The buildings around the park, especially the Erasmus MC and Museum Boijmans, were reflected in the square. One hour earlier or later the picture would have been quite different. 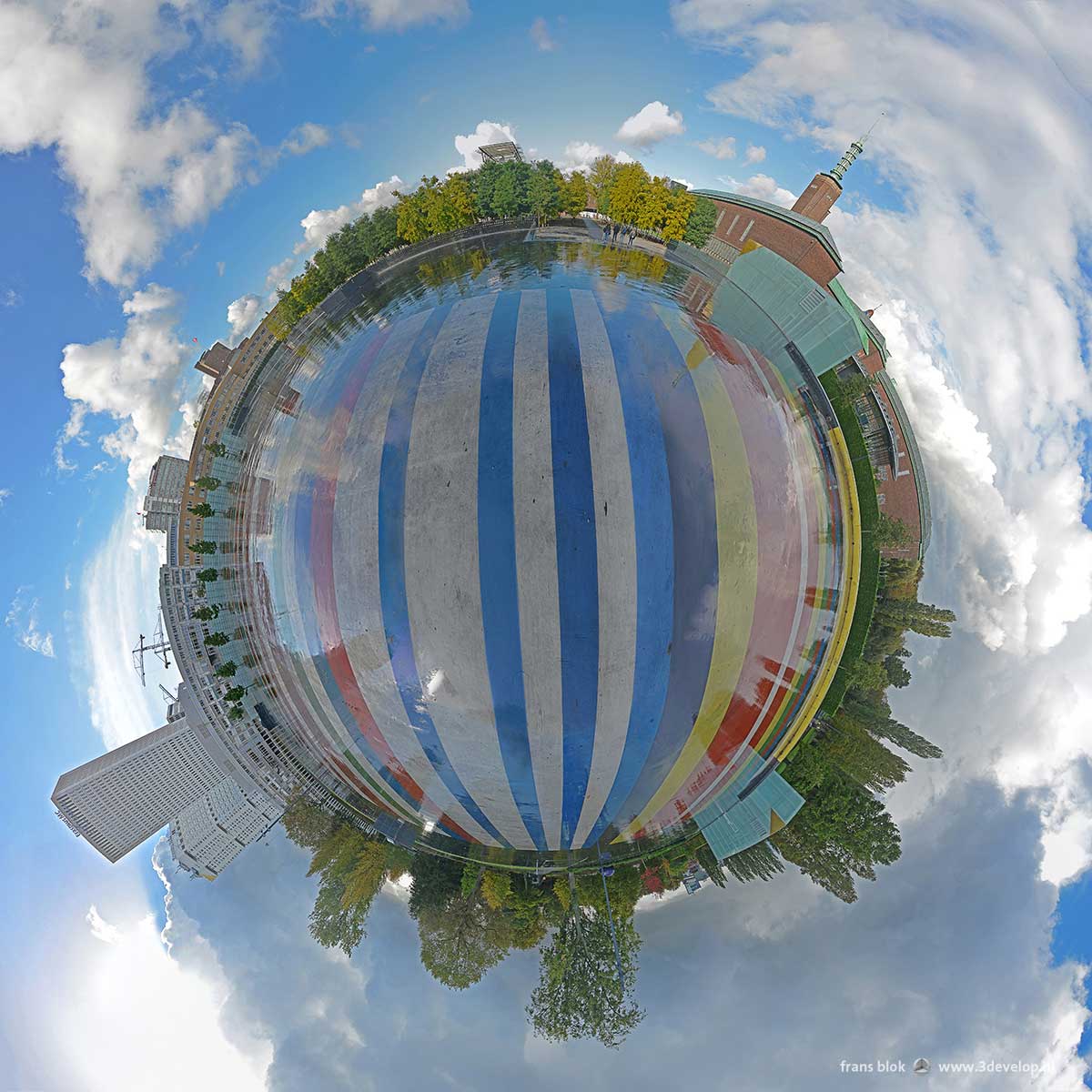 Autumn with its rapidly changing colors is of course a wonderful time to capture in both “ordinary” pictures and panoramas. The tubular panorama below was made in another park in Rotterdam, more specifically the park known as The Park. Tubular panoramas are already a variation that’s less common than the spherical version. And the reflection of the trees on the other side of the pond makes for a nice reversal.

When I put this picture on Facebook someone compared it with the O’Neil colony from the film Interstellar. I have not seen the movie yet but looking at the pictures from the seventies of O’Neill cylinders, the resemblance is indeed remarkable. Not to mention my own visualization of the Inverted World. 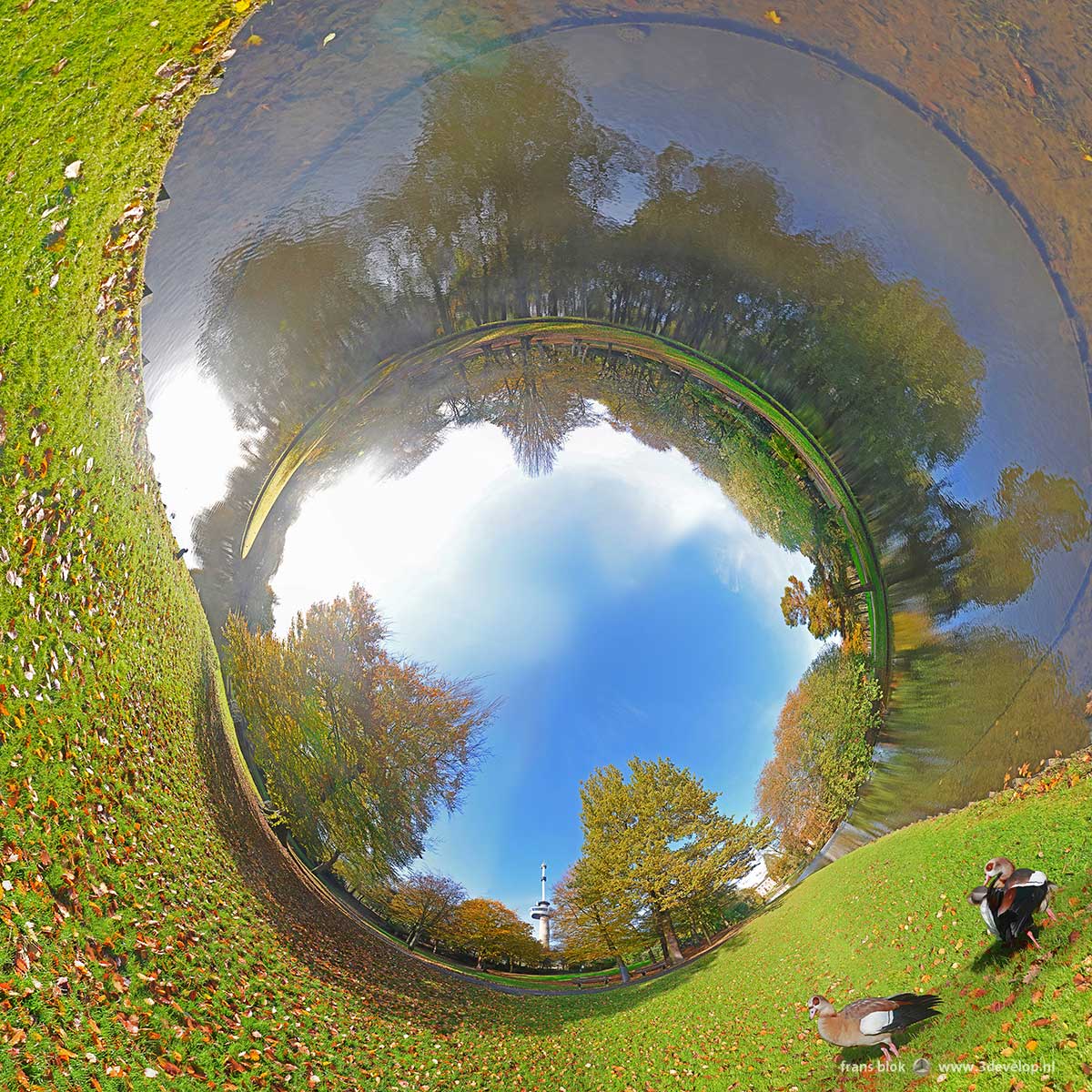 Mist in the Park

Finally, a third panorama, made in the same Park. It was one of those days when you’re inclined to leave your camera at home. The sun was totally absent; it was gloomy and foggy. But that especially that fog is giving a fairytale atmosphere to this picture. Now let the winter come. 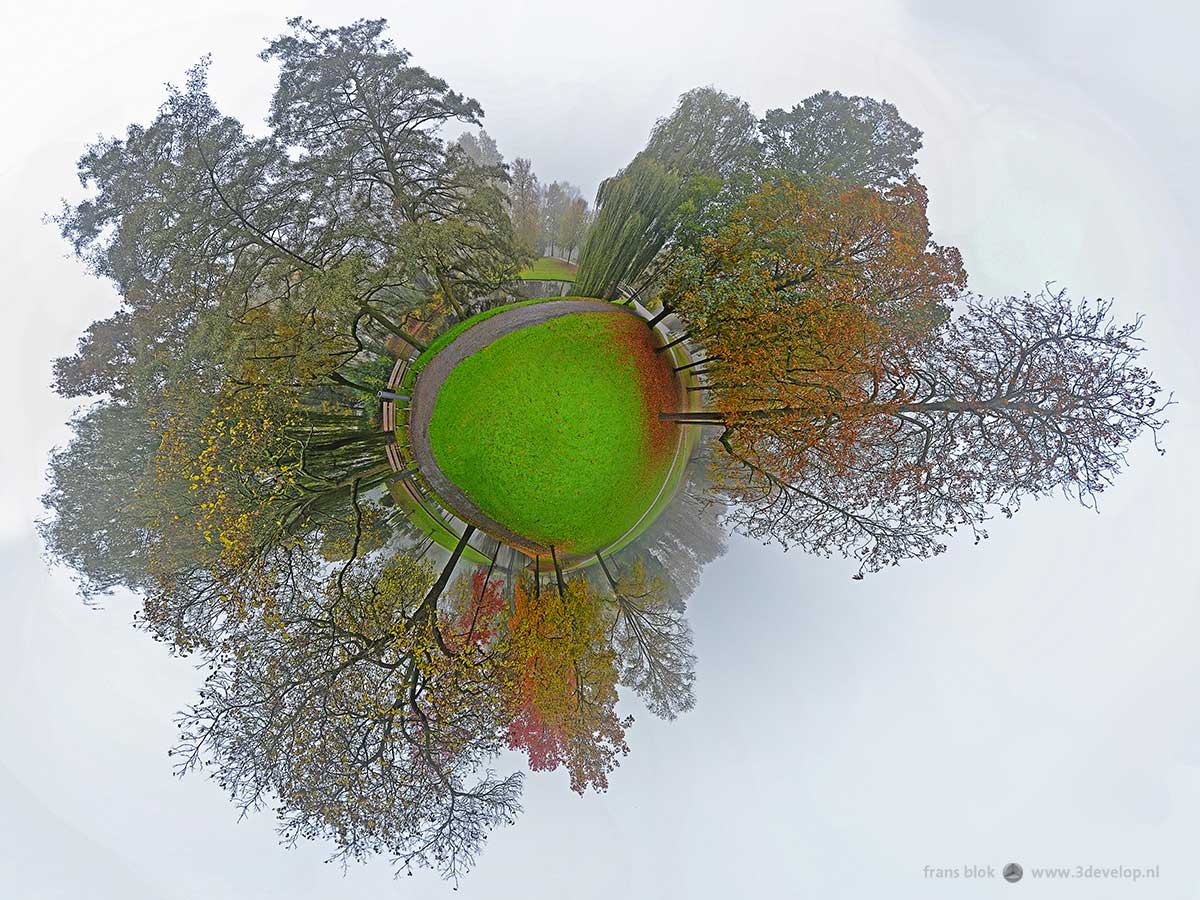 These three panorama’s are, of course, also on display in my online gallery at Werk aan de Muur