How do you find out what your most liked photos on Instagram are? I expected a button somewhere that would provide that information. Unfortunately, it turns out that there are only some apps that can do the job but they have their limitations. The only way is to go through all of your photos, manually write down the markings and put them in the right order.

Instagram is a social medium that you can’t afford to ignore as a photographer and / or visualisor. But I had to get used to it, one and a half years ago when I was started my account, especially to the fact that you can only post from your mobile phone. I am not of the generation that – if need be on their bike – can produce 150 characters per minute with two thumbs on a little display. Fortunately, I discovered the app Later, that lets you prepare posts on your laptop or PC, making it a lot easier. 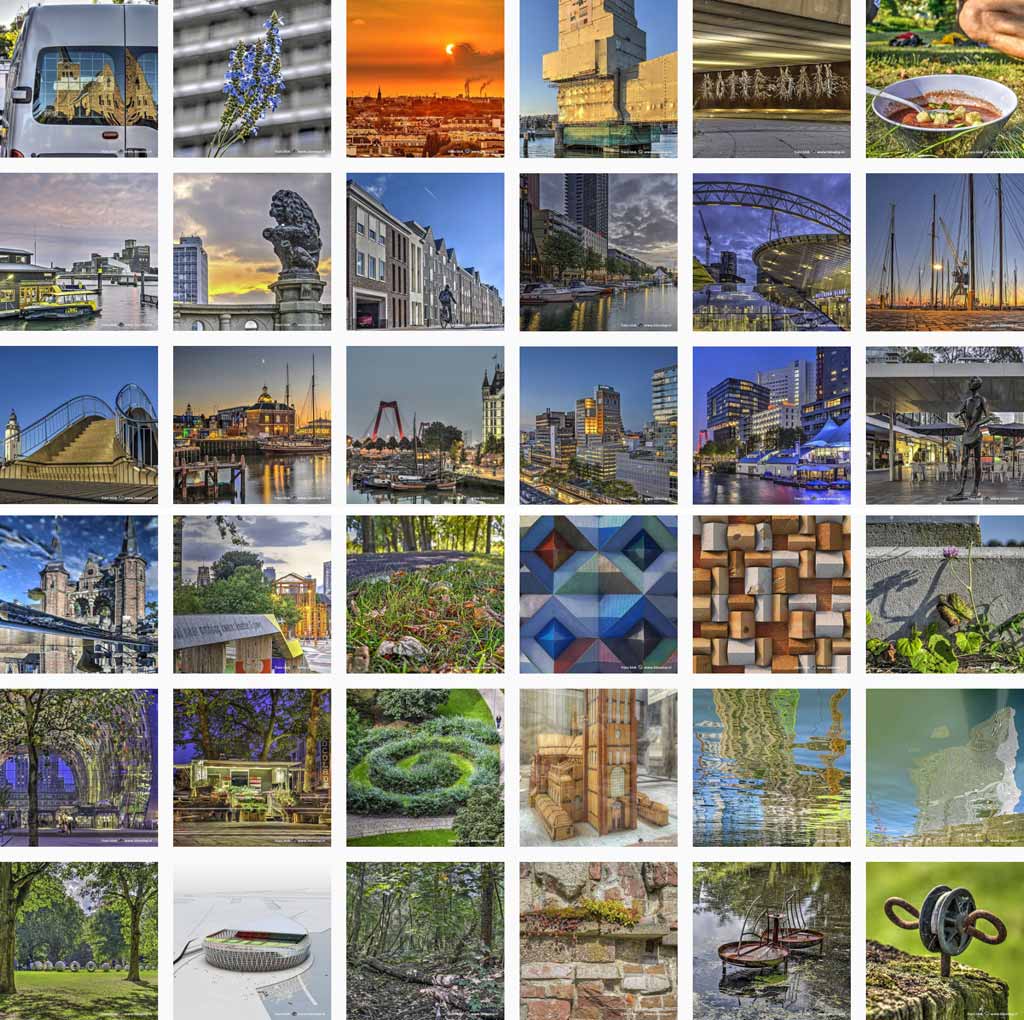 Below is the top 7 of my most popular Instagramposts, on the entirely arbitrary reference date of November 3, 2016. 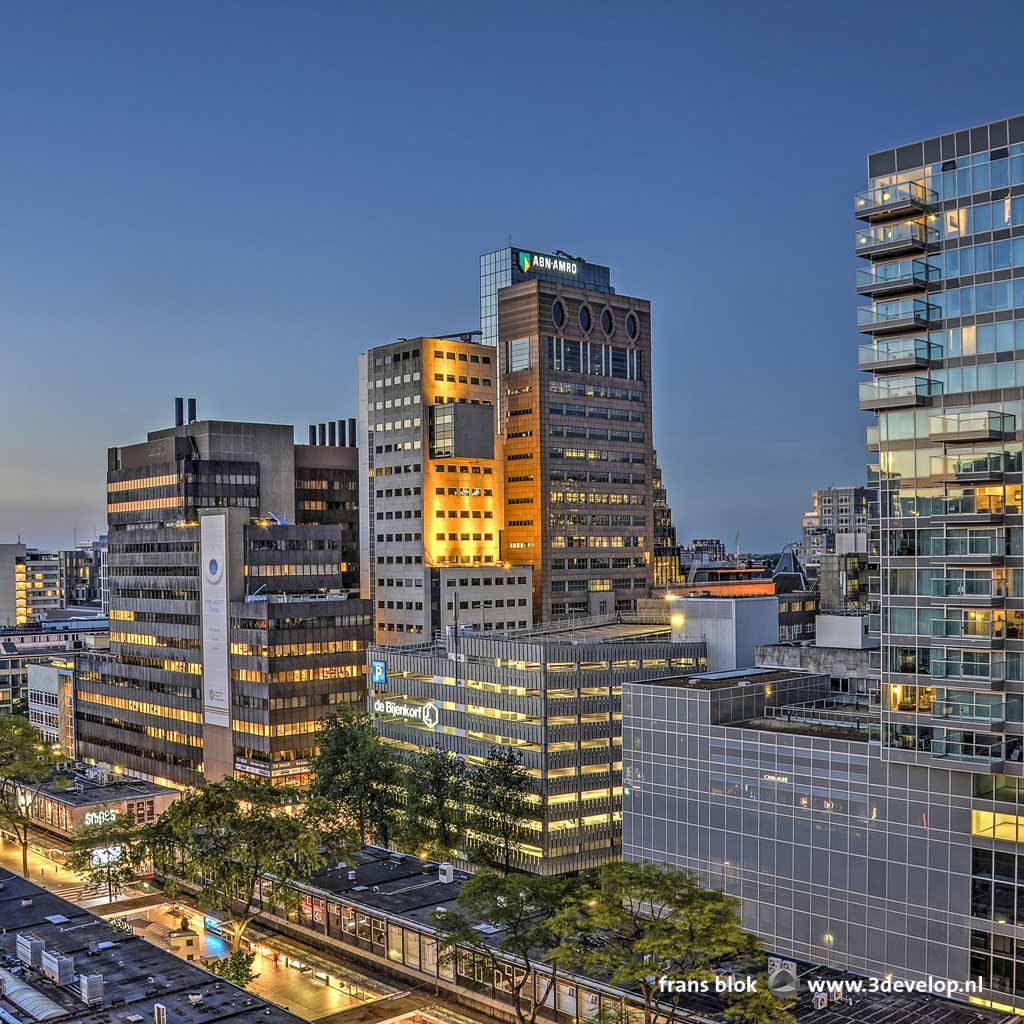 I’m not surprised that this one made it to the top 7. Taken from the building where I live, we see left below the Lijnbaan, once Europe’s first pedestrian zone, now a national monument. Behind it the area towards Coolsingel. A rather messy zone with not the most beautiful architecture. The residential tower by Wiel Arets, on the far right and the ABN Amro building in the middle are pretty decent but around it are a couple of monsters from that disastrous decade, the seventies. And yet … in the blue hour after sunset, when the lights go on, the magic happens: the ugliness disappears. Or that’s how I feel, and apparently the Instagram panel agrees. 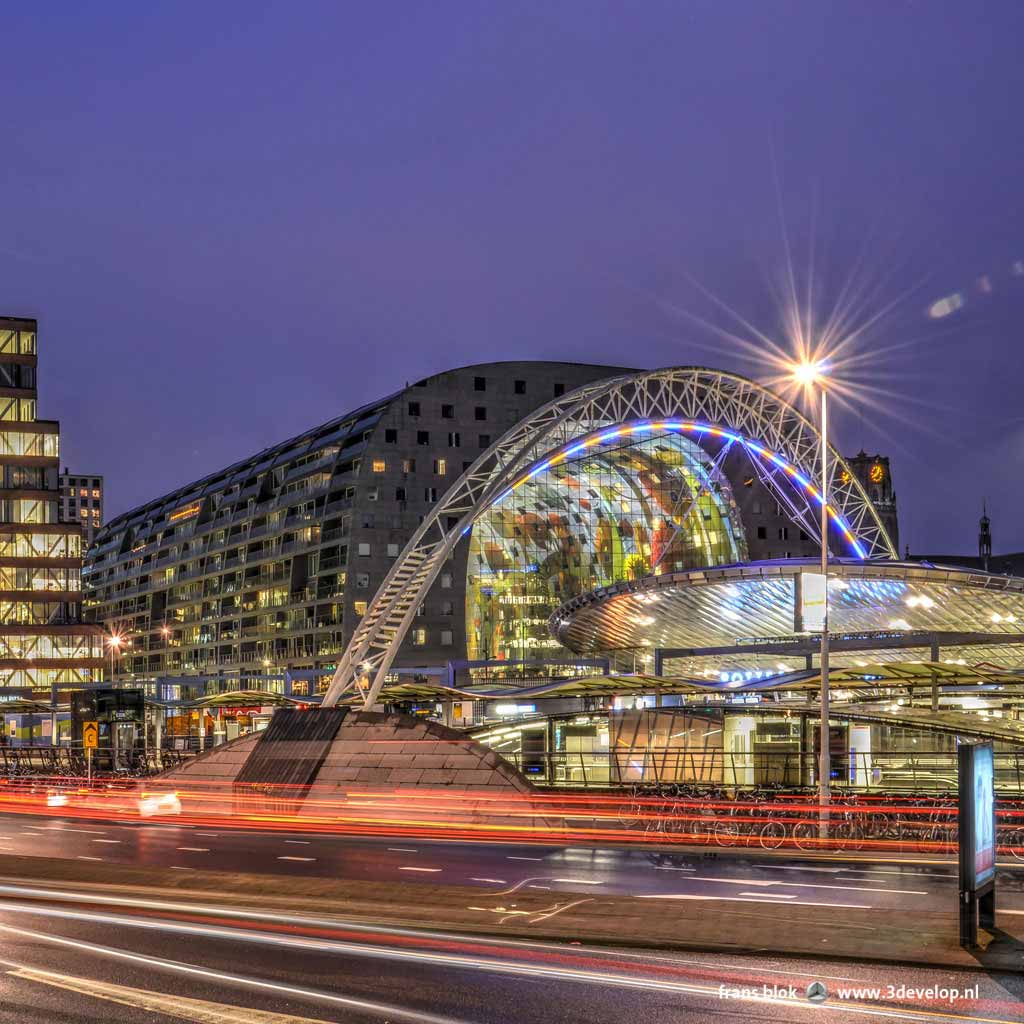 On a shared 5th and 6th place, this is one of my favorites. Made early in the morning from a public platform on the first floor of the residential building with the round windows by Piet Blom. A collection of curved shapes in a city otherwise dominated by straight lines. We see Blaak station, designed by Harry Reijnders and behind it the Market Hall by MVRDV containing the giant artwork by Arno Koenen and Iris Roskam. The blue and yellow lighting in the station arch (meaning: a train is coming), the star shape of the streetlights and the red and white car streaks add extra lighting effects. There are also details such as the parked bicycles, the advertising column in the foreground and the just visible Laurenskerk. In other words: a lot to see. 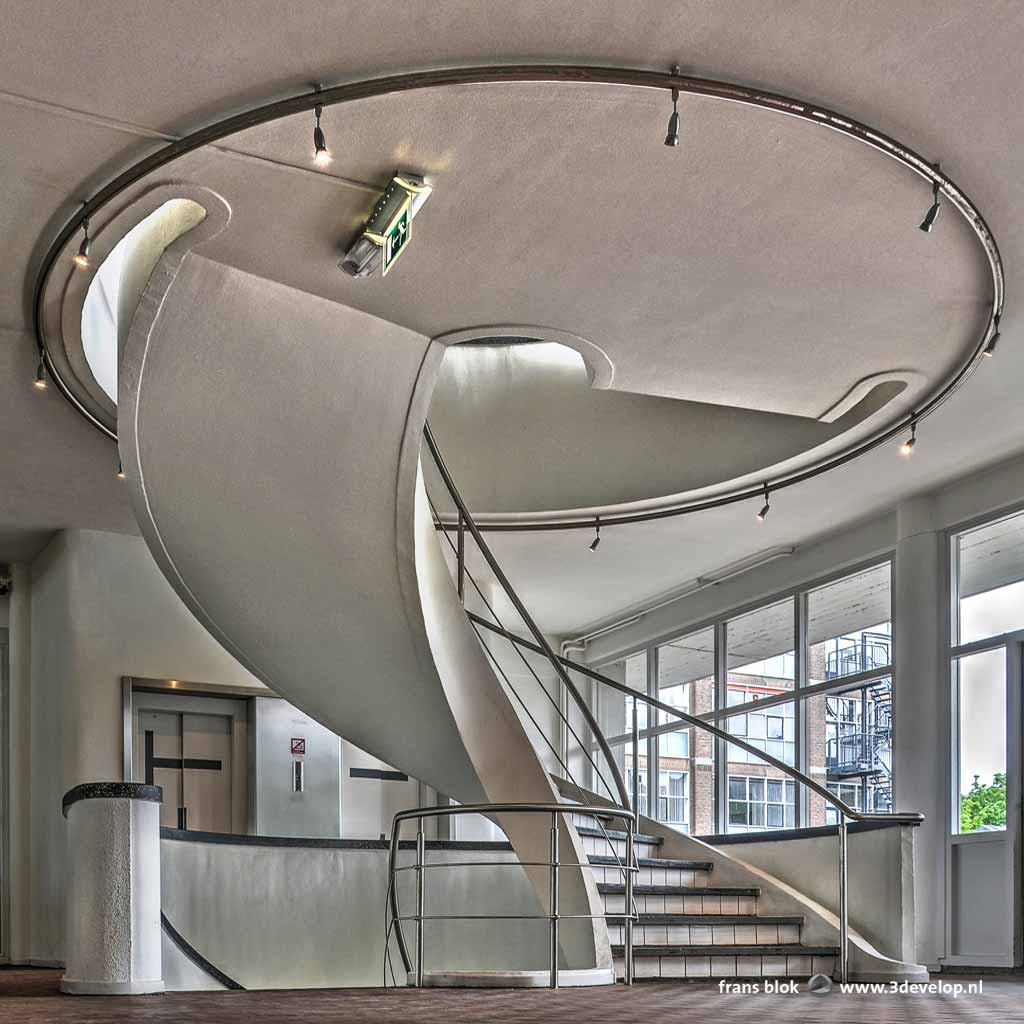 A completely different picture than the previous one with whom it shares the 5th and 6th position. Almost no color and much less details combatting for the viewer’s attantion.. But such graceful shapes! I took this photo of the stairs in the Industry Building by H. A. Maaskant, also at No. 3 in the Reconstruction Top 10, by the way, in June this year on Architecture Day. 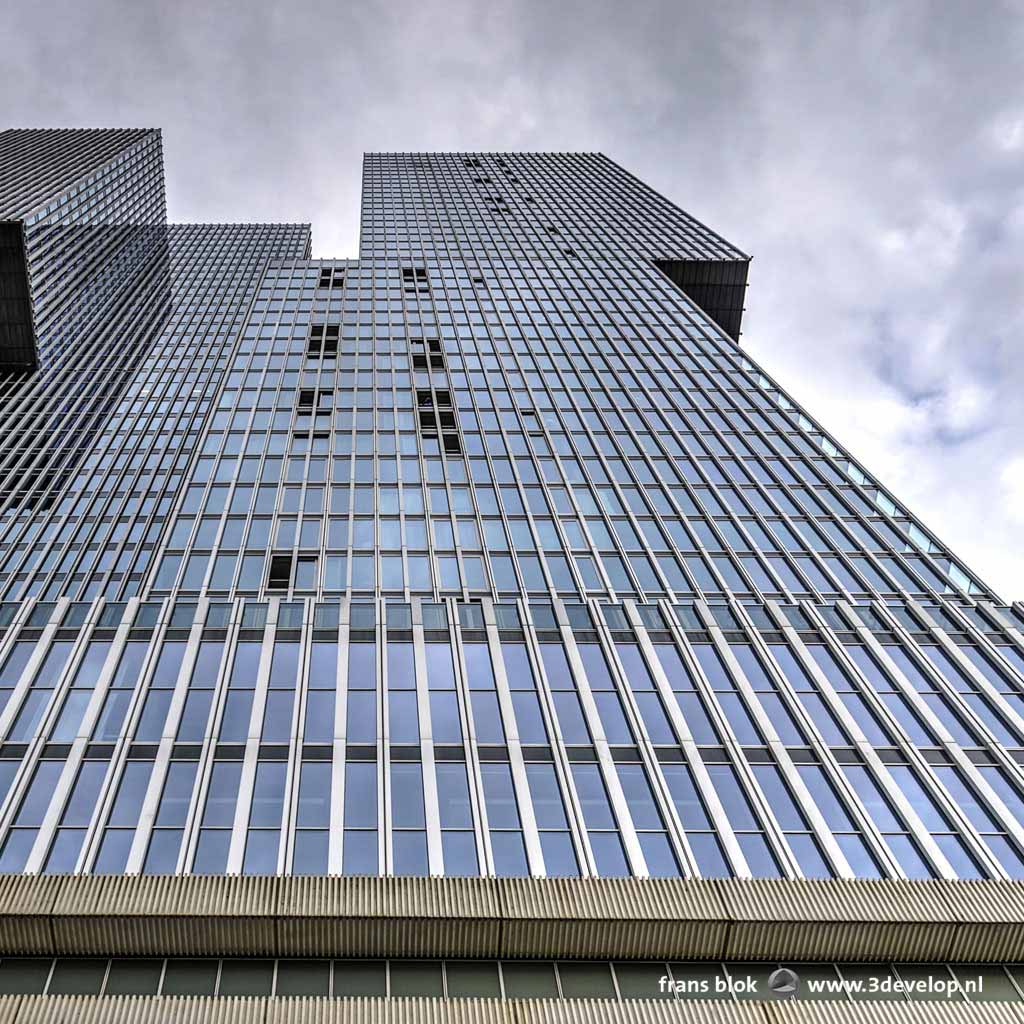 I’m a bit amazed that this one is rated so highly. My attention was drawn by the open windows of the french balconies in the Rotterdam Building on Wilhelmina Pier. The cloudy sky adds some drama. Nice, but number 4? Well, the majority decides. And the Rotterdam still feels tiny little bit like “my” building it’s been almost twenty years since I worked on it, employed at OMA. 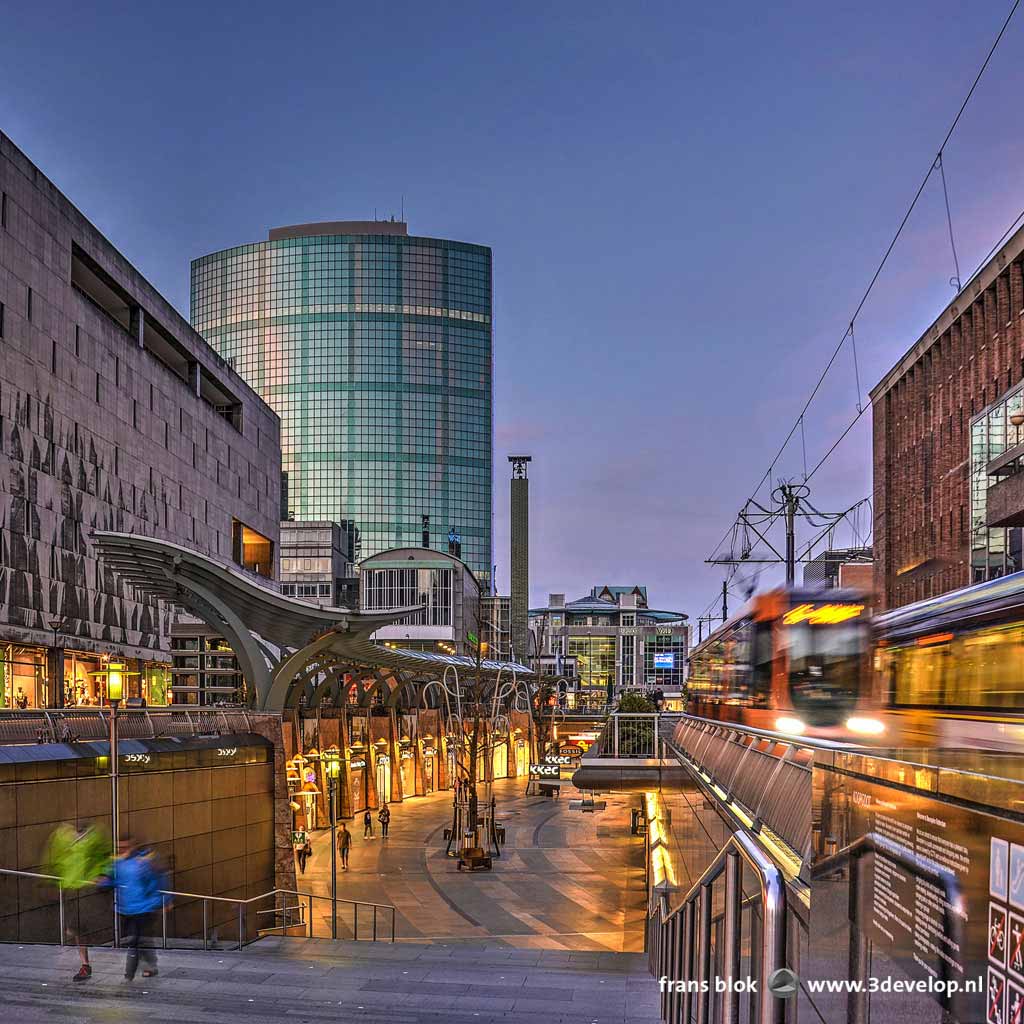 And so this is the highest ranked photograph. A combination of two photos actually, on one of them the ghosts of people were somewhat more appealing, the other one had the moving trams. For those of you who do not recognize it: this is Beurstraverse, popularly known as the Koopgoot, or the Shopping Gutter, at a time when there is nothing to go shopping for. On the left is the (new) Bijenkorf department store, on the right the bank building that will soon be part of the Forum Complex, in the background is the Beurs World Trade Center. 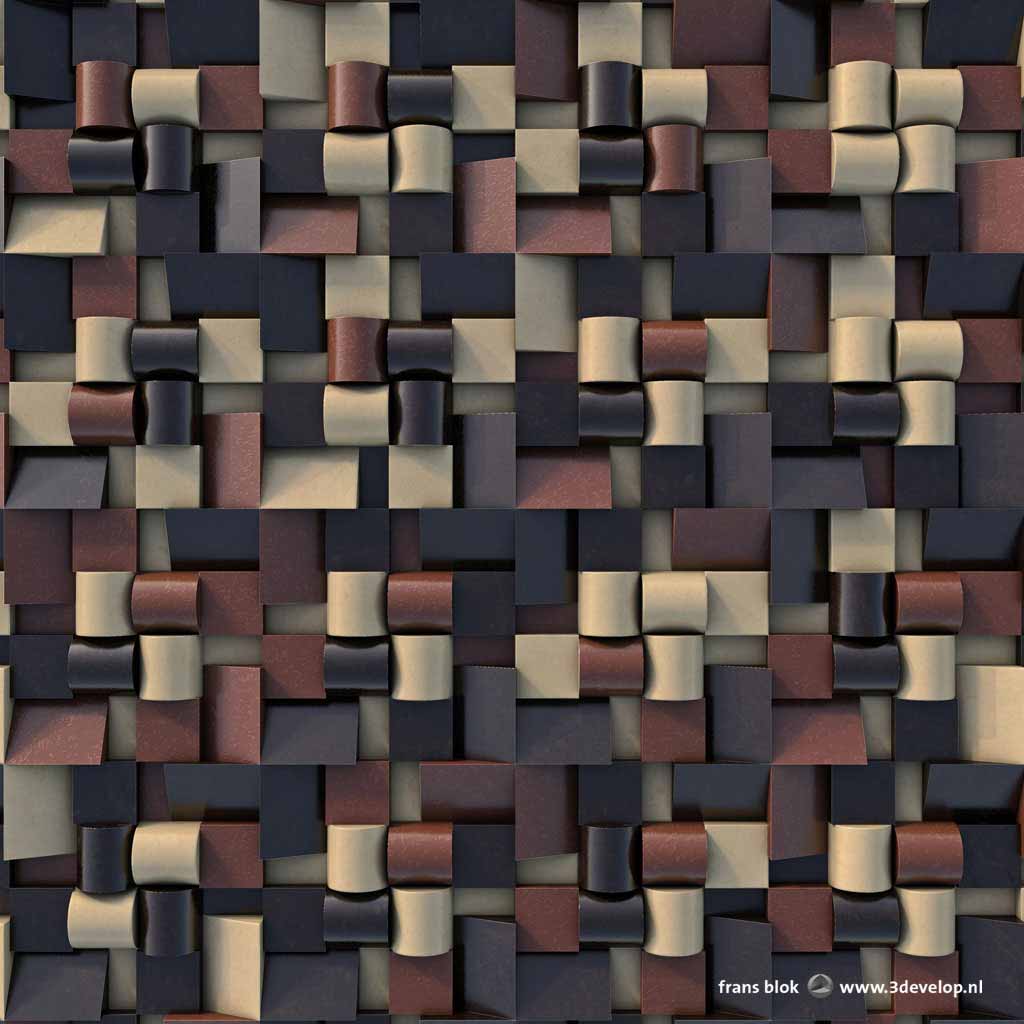 On the top two places, we find no photographs but computer-generated virtual reliefs. That’s good news; I like them very much, and of course it is good to know that others agree. I’ve made 39 of them; it’s not a miracle that precisely this relief in dark, milk and white chocolate is appreciated so much, because everybody loves chocolate, right? 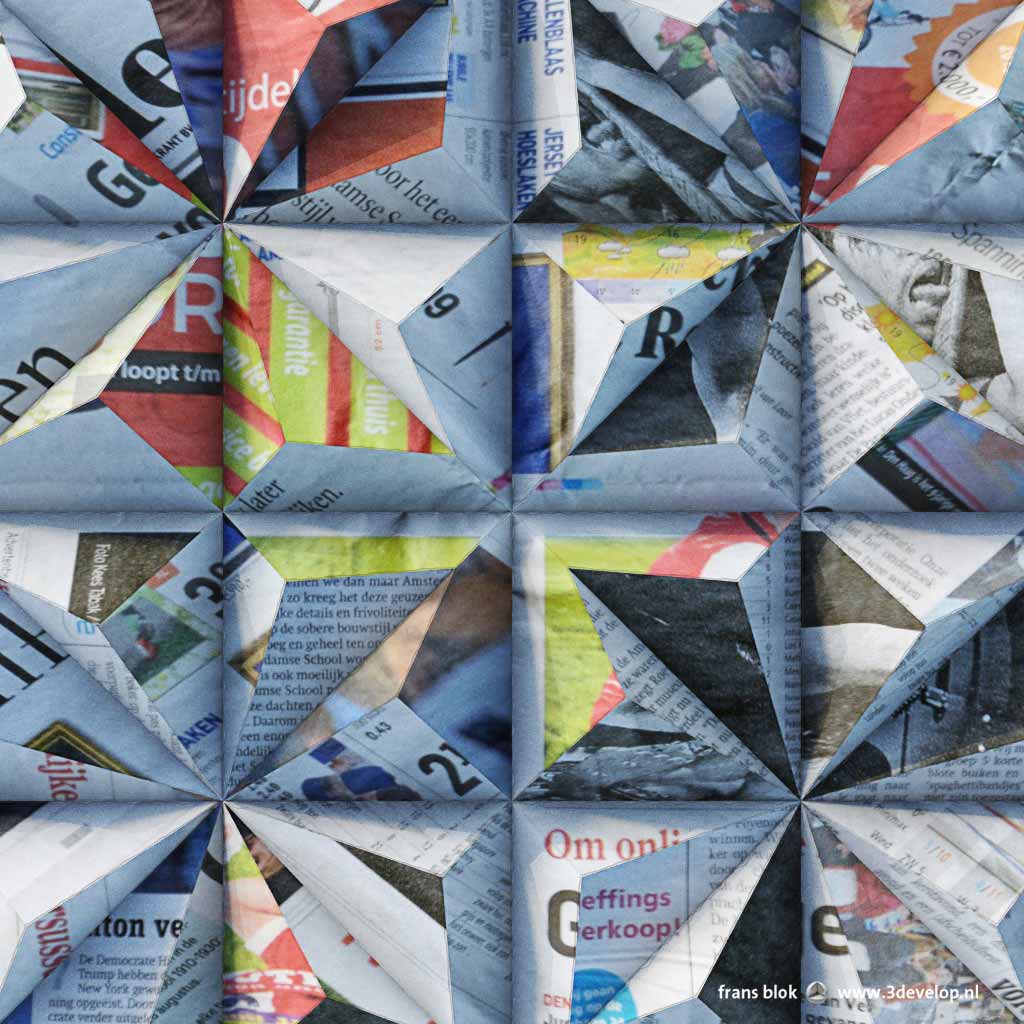 And so here is numberrrrrr one … A surprisingly high ranking for this close-up of the newspaper virtual relief. To be honest, I had expected the relief in cheese, nougat or patinated copper here rather than this one. But the general public chose this mash-up of four different old newspapers, randomly scattered on a three-dimensional pattern of triangles and quadrangles. And I can certainly live with that.

I haven’t put all reliefs on Instagram yet. If this survey shows anything, it’s that I really should go and do that as soon as possible. 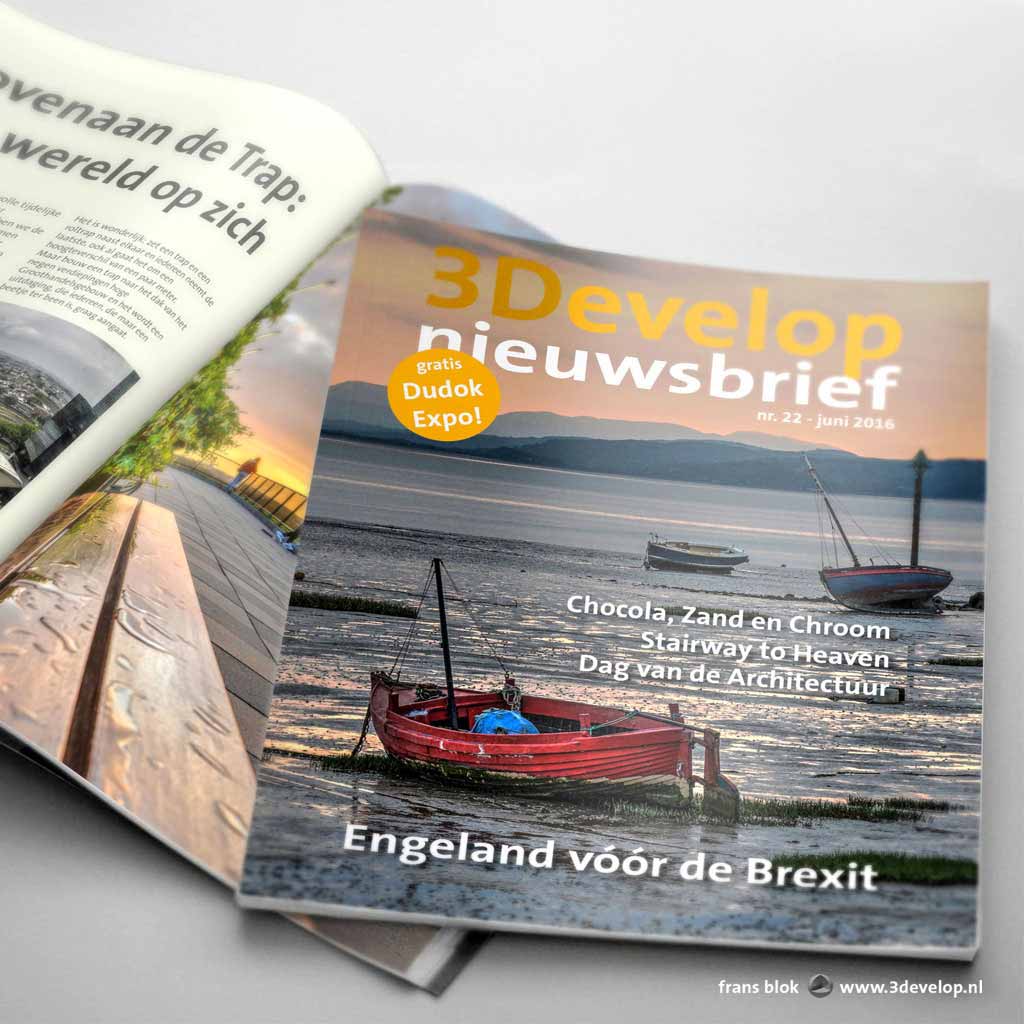 It’s interesting to also look at the pictures that are not doing very well. It’s a bit hard to tell which one is the least popular because the average score has tremendously increased during my Instagramcarreer. Especially since I’ve learned to use #hashtags to my advantage, the average number of likes increased from a few to several dozen. Among the first pictures there are a few that have as little as two likes, but probably that’s due to my, at the time, limited experience with the platform.

For the above Magazine Mockup, which I posted a few months ago, that excuse no longer holds. I transformed my monthly newsletter into a glossy magazine with a template by Alexandre Cardoso. Only seven Instagrammers rewarded the effort with a heart. That’s odd, because I think it’s rather funny. But maybe people did not realize it was fake. Or maybe they did.