There are so many features on a modern camera that many of them are hardly used by most people. For example, on my Nikon d5100 (but many other cameras have something similar) there is a setting called miniature effect. Since I bought the camera five years ago, I have not given this feature much attention.

But a couple of weeks ago I started experimenting with it. And I discovered that, with the right choice of subjects, it can produce some interesting results. 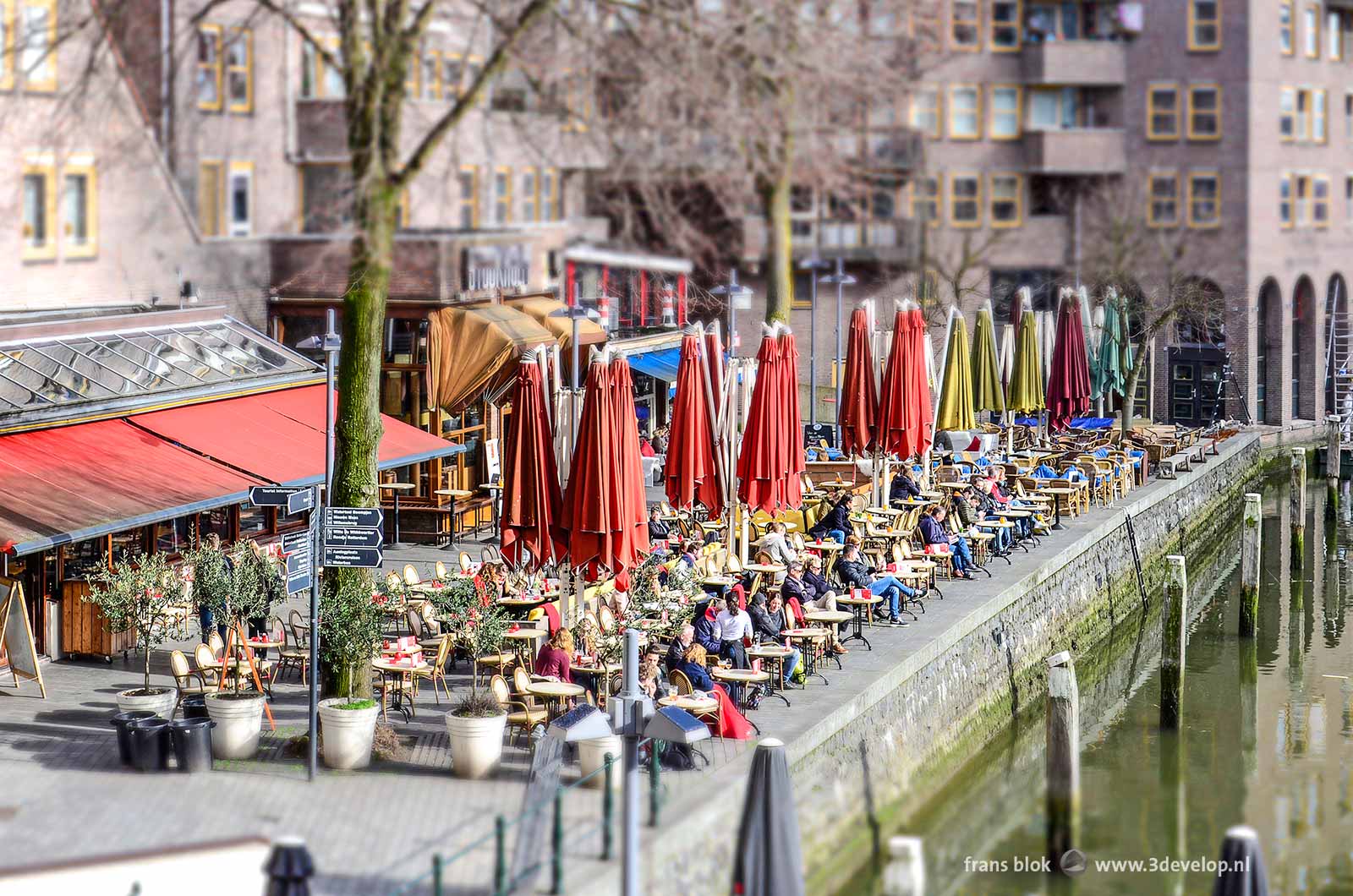 The miniature effect, as the name suggests, creates the illusion that we are looking at a miniature world with tiny humans, tiny cars and tiny buildings, like in a model railway.

It’s like you’re looking at pictures of Madurodam, the theme park in The Hague that has many models of buildings and landscapes in the Netherlands. Or at images of Miniworld, the Rotterdam answer to Madurodam, which is less well known but certainly as much fun. If only because it’s indoors, which makes it possible to have a night simulation every ten minutes (too bad though that they still didn’t rebuild windmill De Noord yet, but I digress) 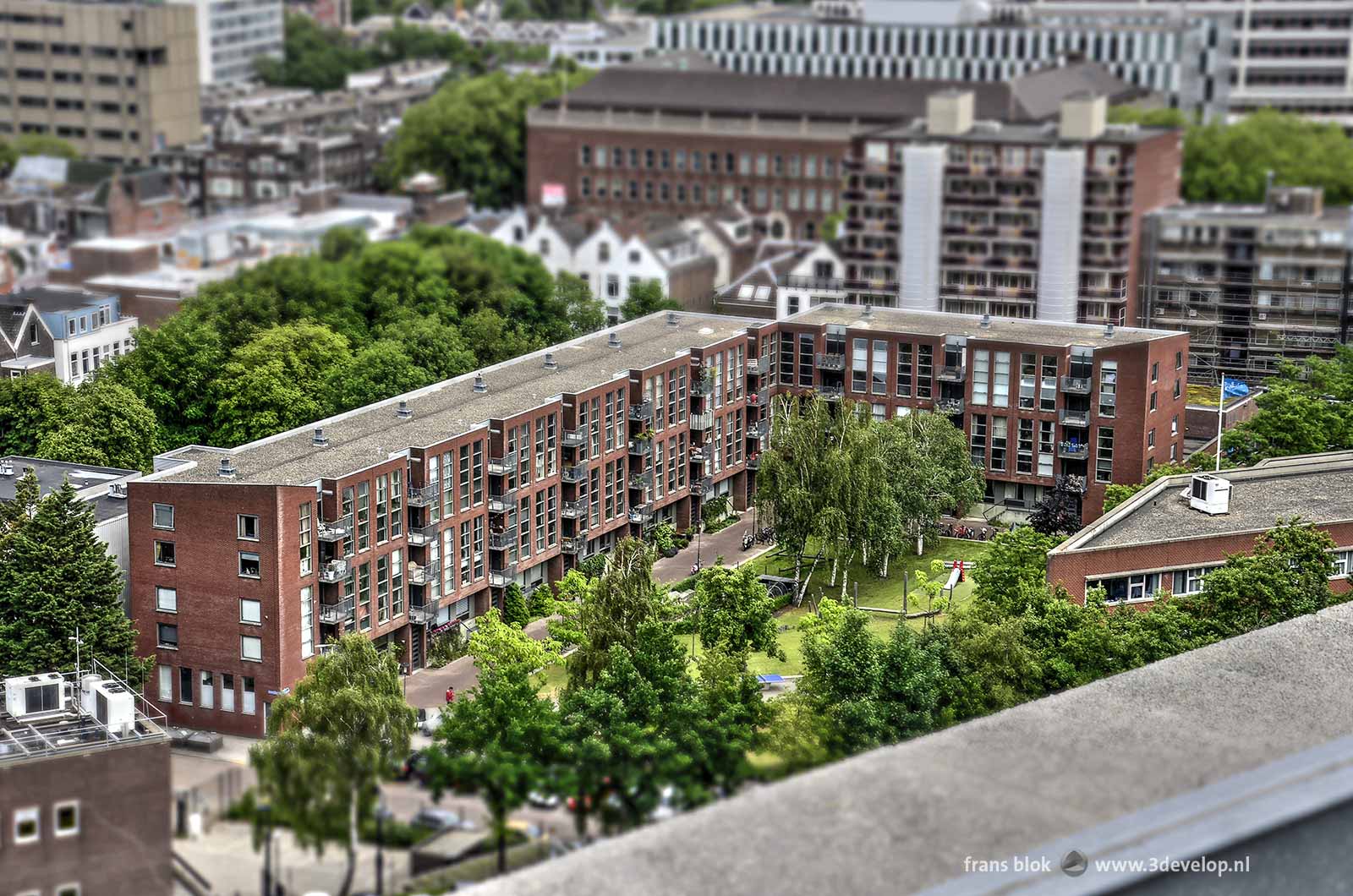 The way the miniature effect works is actually very simple: it suggests a very small depth of field like we see on pictures of scale models.

In my naivety, I thought that Nikon used an extremely wide aperture to achieve that effect. But after further investigation I must conclude that it is a trick that is applied after taking the picture. The upper and lower parts of the photo are blurred and only the middle part retains the original sharpness. It’s enough to fool our brains. 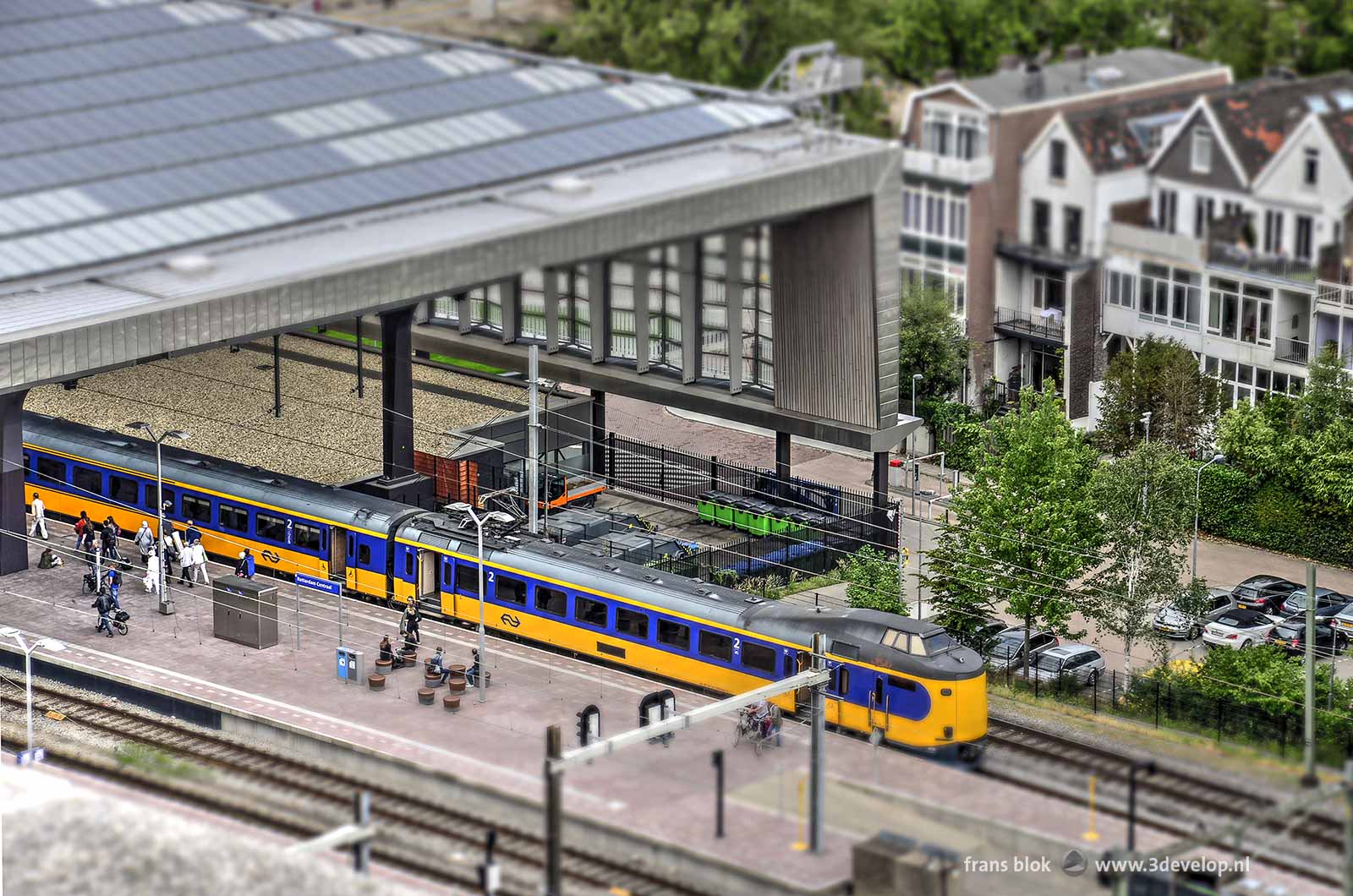 The effect only works well under certain circumstances. Take a photo with this setting of a random street scene at eye level and you get a picture that does not make any sense. What works best are photos from a few stories high, looking down at an angle. And if there are some people, cars or other scale elements in the field of view, success is guaranteed. 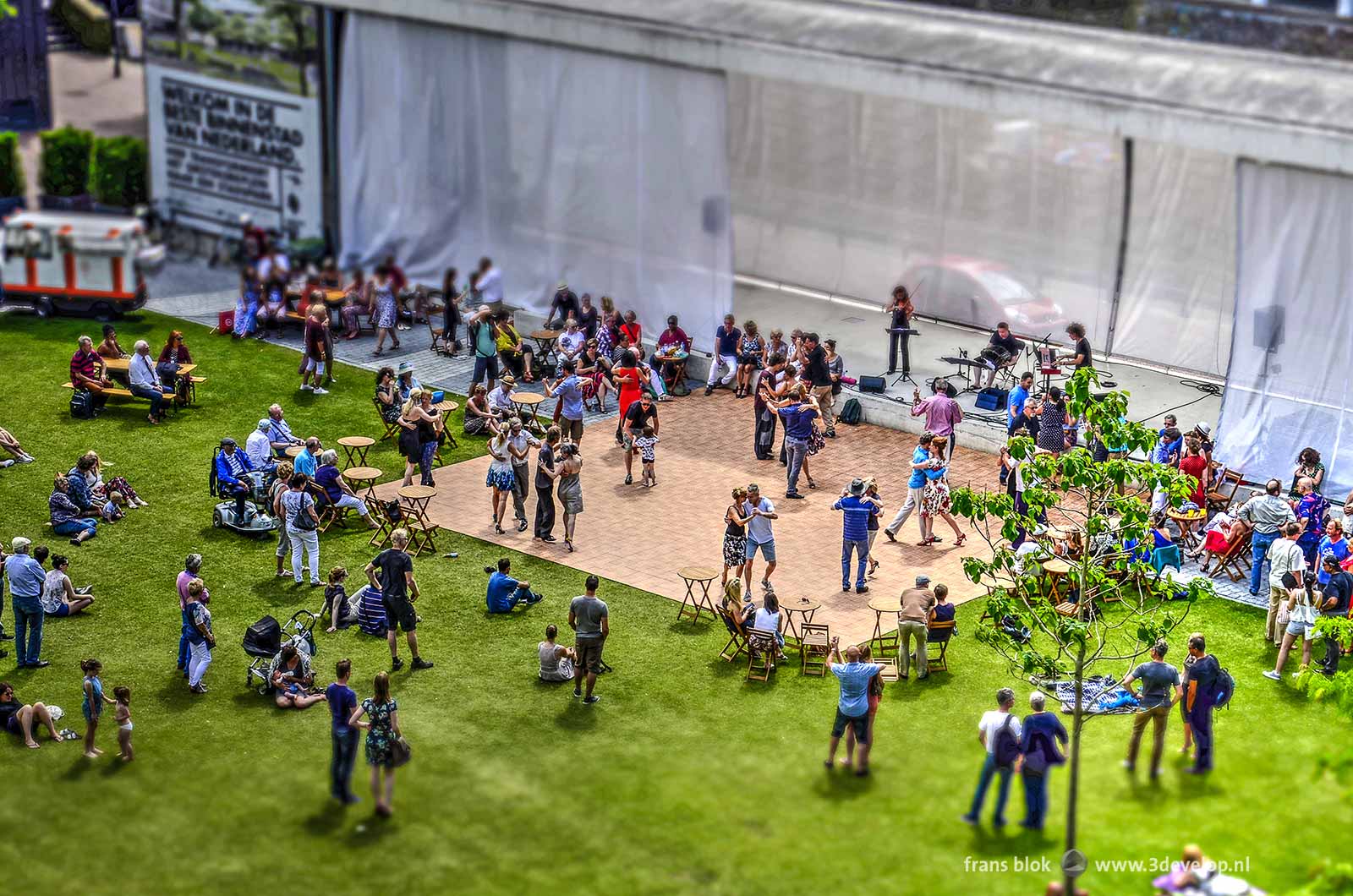 What also helps is if there are several layers in an image. On the picture below, for example, we see the Groothandelsgebouw sharp but the roof of the station in the foreground is blurred, which enhances the illusion. In the blue and white building in the background, blurred as well, the real Miniworld Rotterdam is located, but that’s pure coincidence. 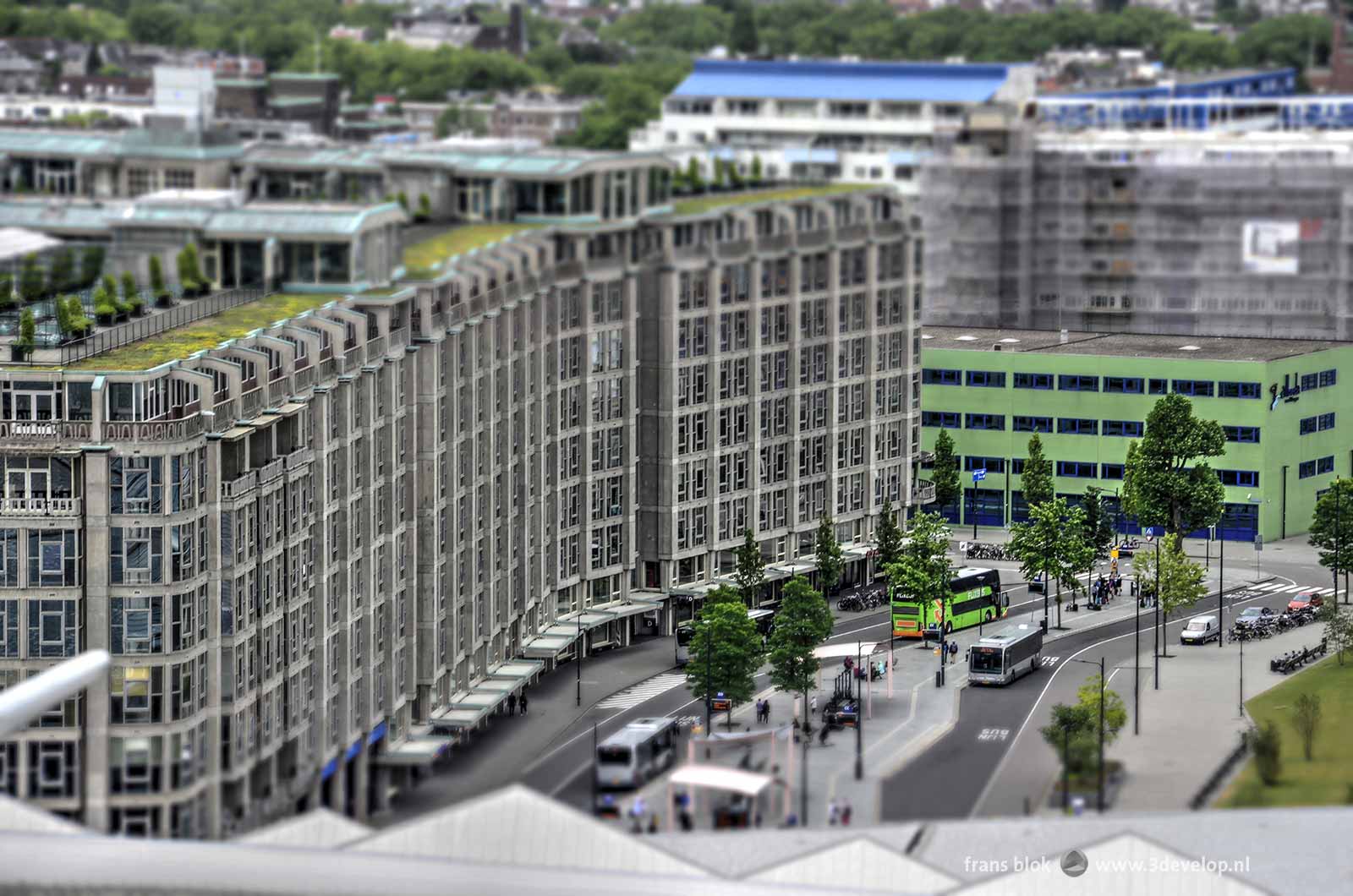 The Rotterdam Rooftop Days as well as Architecture Day gave me a lot of opportunities to play with the miniature effect. Look for example at this maquette photo of Lijnbaan shopping mall. 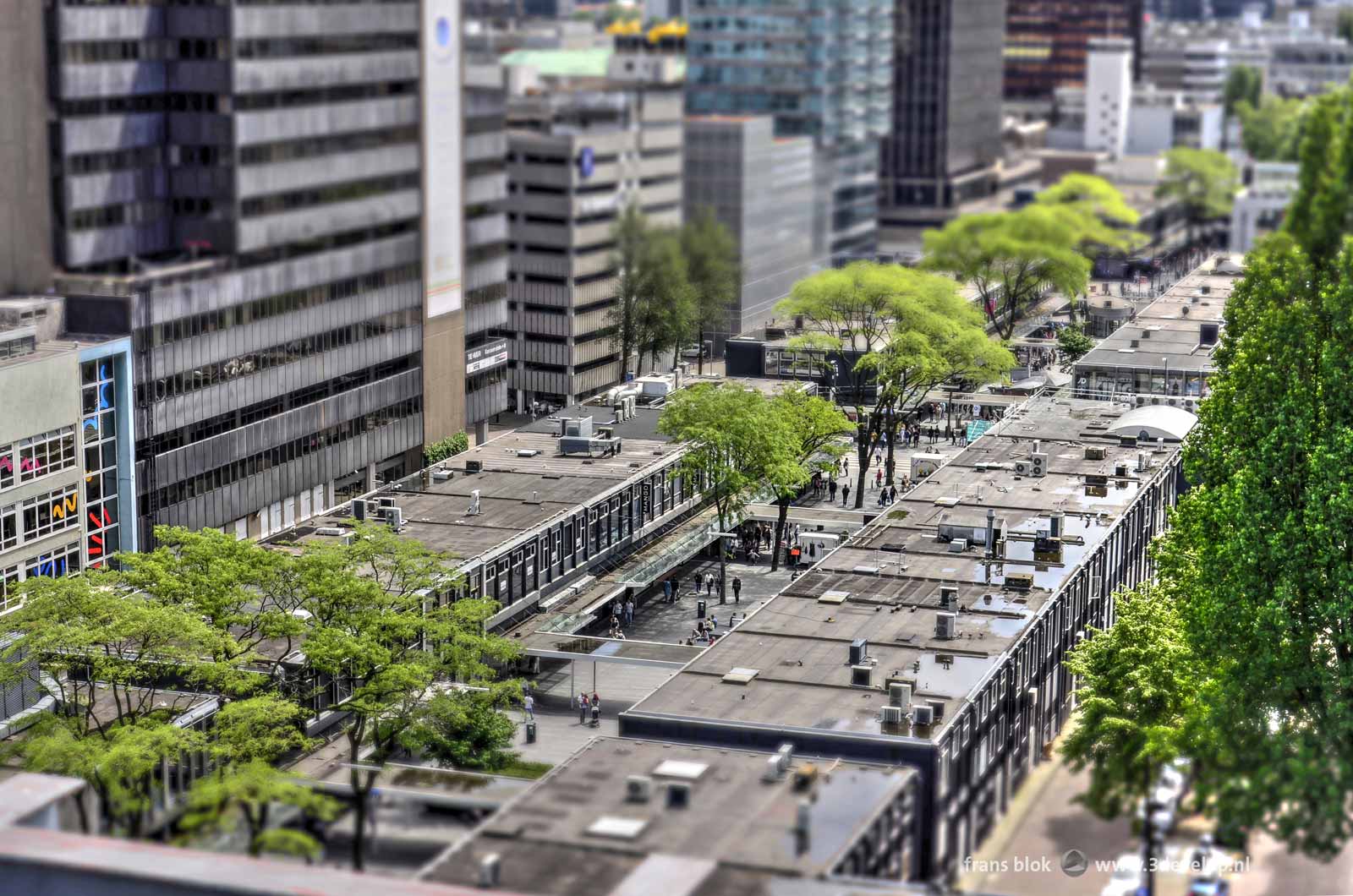 Do you really need a camera with this effect to create a Miniworld image? No, it can be done in Photoshop too. In fact, that gives you much more options to finetune the image. As an example, this photo of the Alexander Nevsky church in Rotterdam, also known as the Russian church. I have applied the filter lens blur on the bottom and top of the image, while making sure the church itself remained sharp.