An elevator into space: it sounds like science fiction. And that’s what it is: authors such as Arthur C. Clarke, Robert Heinlein and Kim Stanley Robinson wrote heavy books about it.

But what’s science fiction today, is in the newspaper paper tomorrow and in the history books on the day after. And Arthur C. Clarke has been right more often; after all, he also conceived the communications satellite. 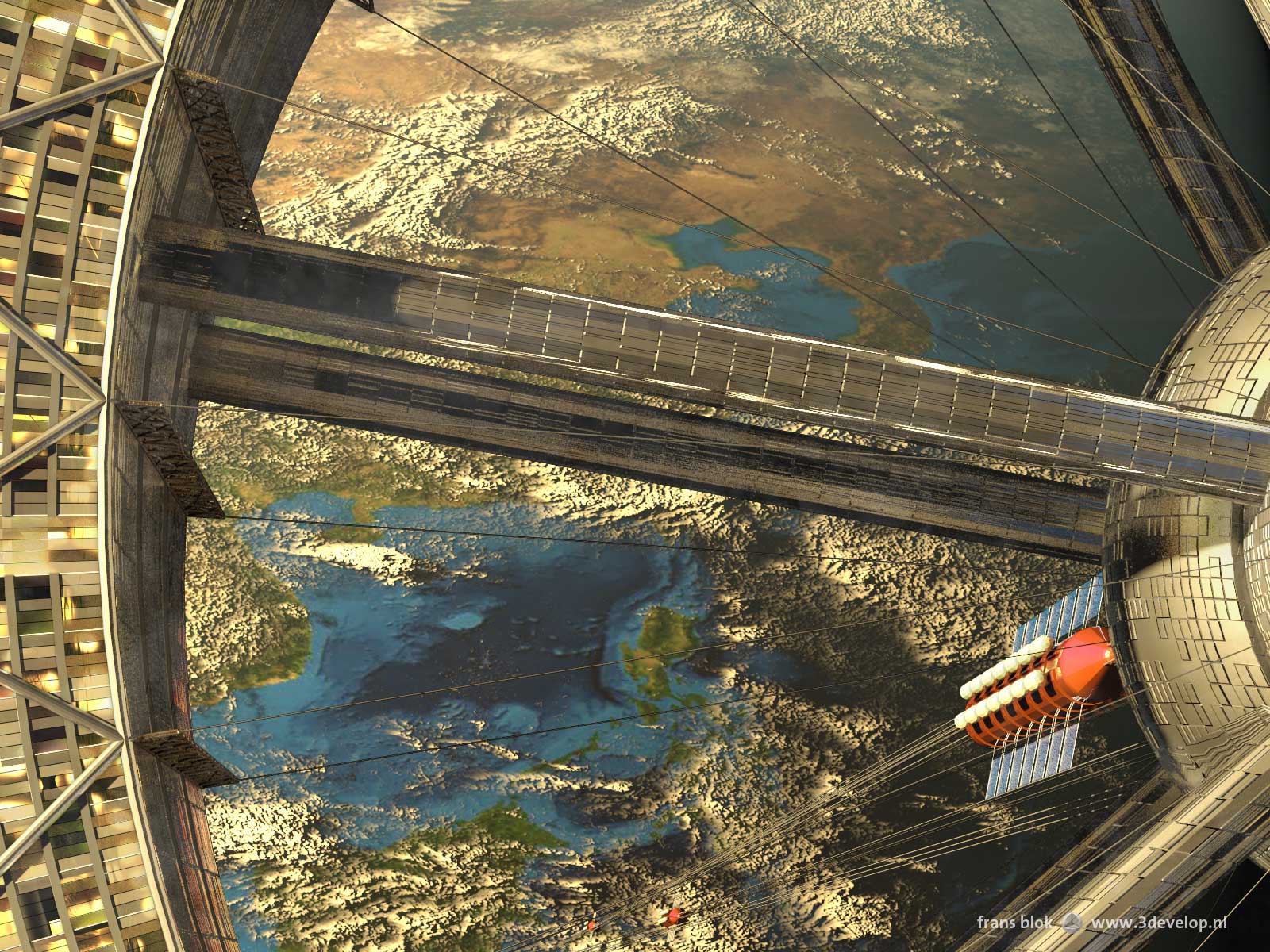 In recent years, organizations such as NASA, but also companies like Google, started exploring the possibilities of the space elevator.

And the concept certainly has some appeal. The traditional way to get people and cargo into space, with rockets, is not very efficient, to put it mildly. It takes enormous amounts of fuel, causing a lot of noise and pollution, and the rockets are used only once.

Building a space elevator will cost a few pennies but will yield high profit: an elegant and inexpensive way to travel into space. With elevator cabs climbing on solar energy and used over and over again.

The ground station of a space elevator is, by definition, on the equator. This offers opportunities for places like Ecuador, Gabon, Kiribati: currently not the most developed and prosperous countries, one day perhaps the gateways to the universe.

There are still some technical problems to be solved. The main issue: what material do we use to make such an elevator cable? Steel would collapse under its own weight. Carbon nanotubes look promising, but so far have not been produced in large quantities (and we need 36,000 kilometers of them…)

Furthermore, the question is how to make sure that such a lift is not affected by tropical storms. And, at some higher elevations, by meteorites or other space debris. And how passengers can travel safely through the radiation of the Van Allen belts.

Finally, we should also start working on resolving some political and religious conflicts. A space elevator is a perfect target for terrorists, like Kim Stanley Robinson describes vividly in his novel Red Mars. 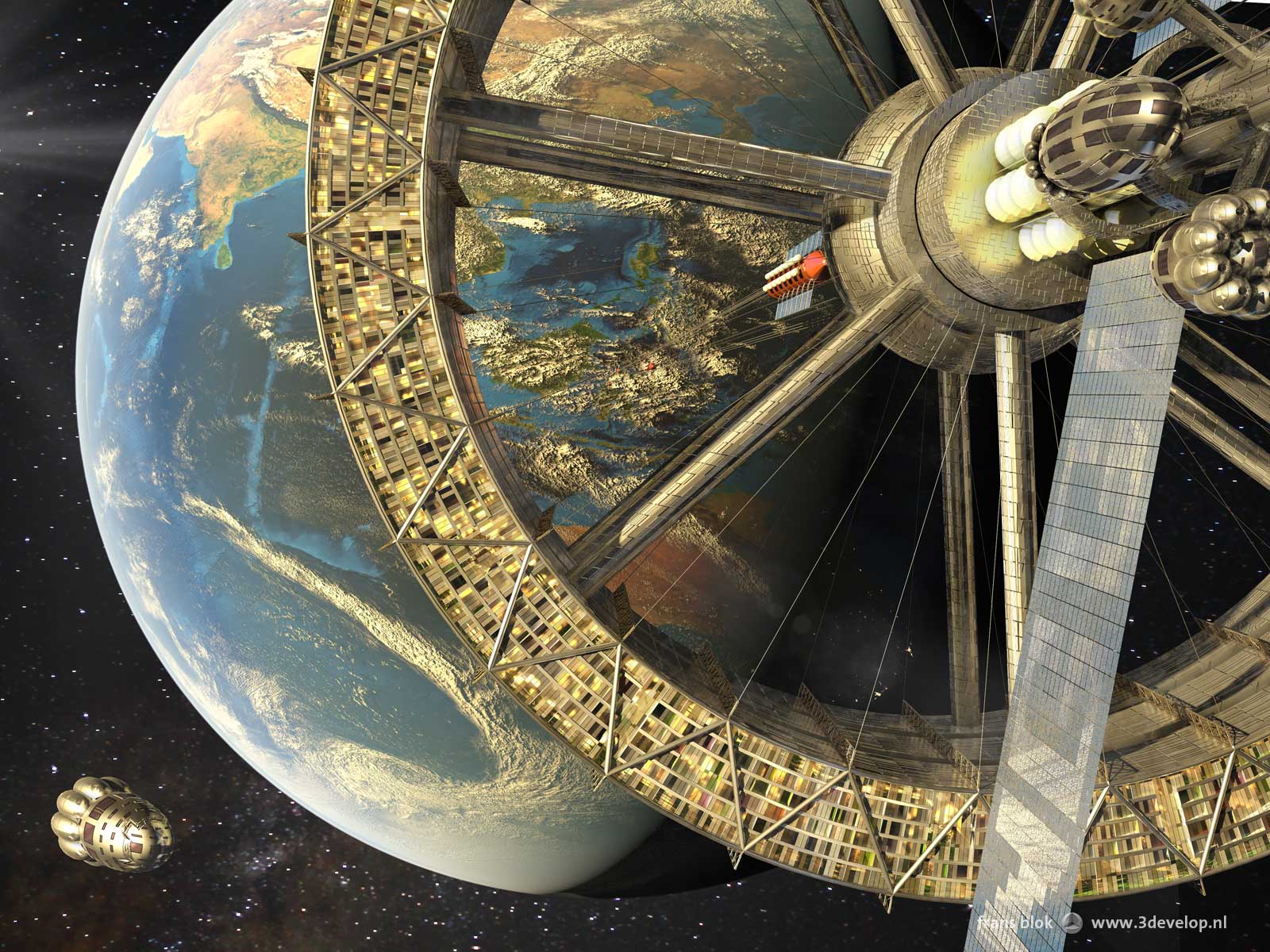 This  picture shows the situation in which all problems have been solved. In a space station high above the Indonesian island of Sulawesi elevator cars are coming and going, just like space ships which carry passengers and cargo further into space. A large rotating wheel offers accommodation for visitors who want to stay a little longer to enjoy the fantastic views.

The Sulawesi Space Elevator is the showpiece of the newly fitted Space Art corner in my online gallery.