Why is it easier for our eyes to recognize certain patterns when we see those patterns on a photograph instead of seeing them in real life? Three examples and an attempt to explain the phenomenon. 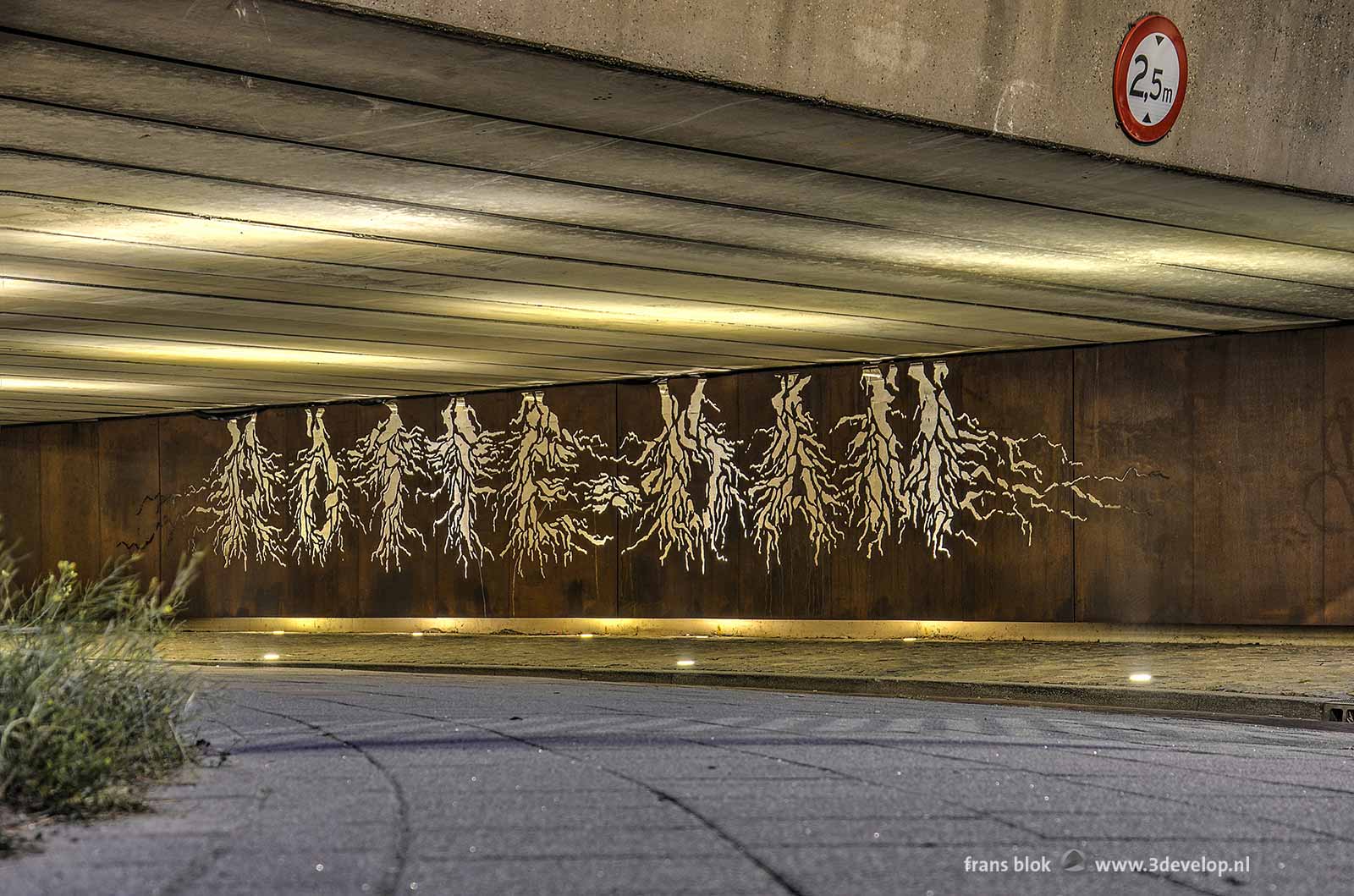 The extended Willems Bridge, it was a weird name for the bridge across Wijnhaven. Especially after the Willems Bridge itself was relocated two hundred meters further upstream, only connected to the extended portion by a strangely twisting road. A good reason to rename it Andre van der Louw Bridge, after the man with the moustache and the pipe who from 1974 to 1981 was mayor of Rotterdam.

The underpass under the van der Louw Bridge, formerly a rather gloomy passage between the Willem de Kooning Academy and the White House, was decorated in 2013 with a work of art by graphic designers Robbert de Groot and Cees Boot. A beautifully lighted corten steel wall with root-shaped openings that seem to sprout from the bridge’s surface.

I often walk there so I’ve seen it many times but when I recently took a picture and watched it on my computer screen, I noticed something. The roots are forming letters; ROTTE-DAM is written, really big, there under the bridge! How was it possible that I had not noticed it before?

When I was there a few days later, however, I had once again trouble recognizing the letters. Of course, if you know it and give it a little effort, you see it. But it is certainly not very obvious. For one reason or another, our eyes recognize that kind of patterns more easily on a photograph than in real life. 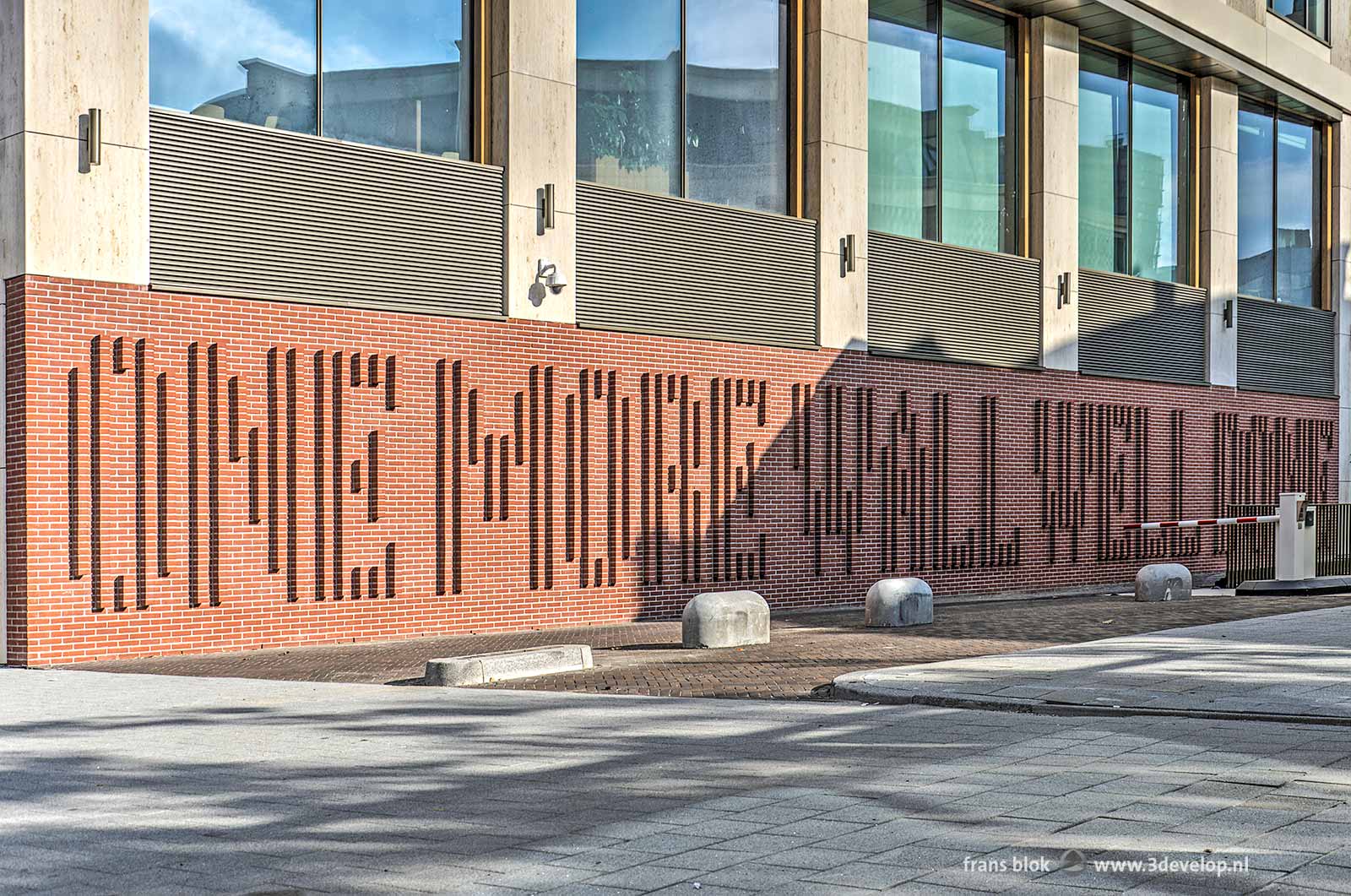 It reminded me of another graphic artwork, elsewhere in the city. On the ground floor of office tower First, on the side of Diergaardesingel, protruding bricks shape the words ONE MORE WALL WELL DONE. It is a reference by designer Martijn Sandberg to the brick relief by Henry Moore at the Weena side of the building.

Again, the characters are much easier to read on a photograph than when you look at them directly. This effect persists even when your eyes move back and forth between the relief itself and the camera display. 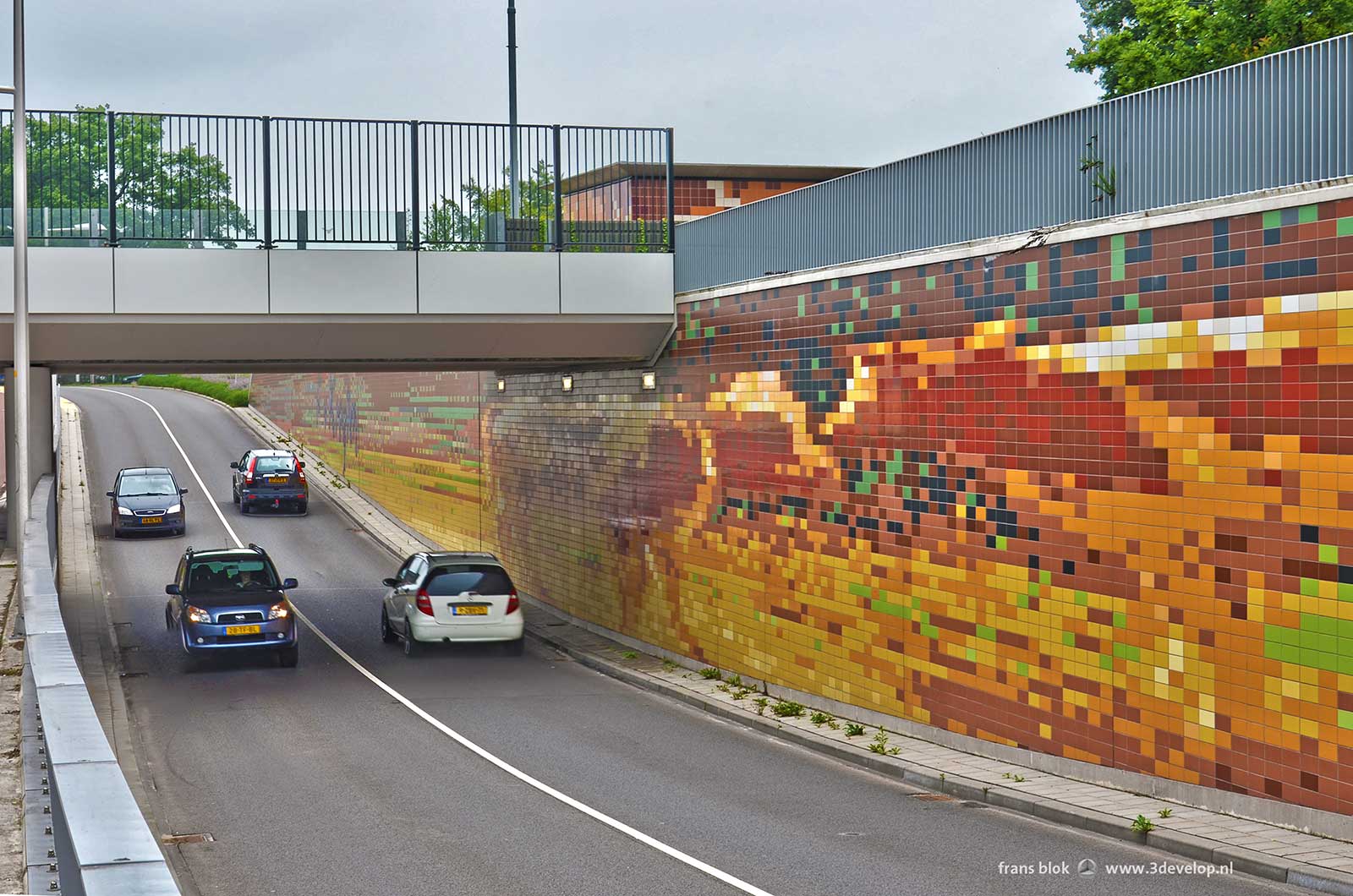 Also in a project that I worked on myself, the Van Kregtentunnel in Wierden, not everyone immediately realizes that the multicolored tile pattern on the walls represent a landscape with cows. There, too, a photograph can help to recognize the pattern. (I see it right away, but that’s probably because I’ve been working on the 30.000 tiles construction drawing for so long that I still sometimes dream about it.)

Is there a name for this strange phenomenon? And an explanation? Further investigation has so far not yielded either, so I propose a name: the Wijnhaven effect.

And an explanation? Could it be related to the fact that a photograph simply makes it easier for the eyes, or rather, the brain? That in a two-dimensional representation something complicated like depth doesn’t play a role? Or is it the small crop, the fact that you perceive an angle of about 180 degrees with your eyes, and that a photograph takes out only the relevant portion?

Can you think of another explanation? Tell me in the space for comments below!