Well over a year ago I made a visualization of the reconstruction of the windmill on Oostplein in Rotterdam. A brief summary: the mill survived the bombing of 1940 but burned down in 1954; plans for rebuilding were voted down by the City Council because the windmill was standing in the way of progress.

Since then, Oostplein has been the most desolate square of the country, or at least of Rotterdam. Reconstruction of the windmill would be a way to give the place some of its former allure again. 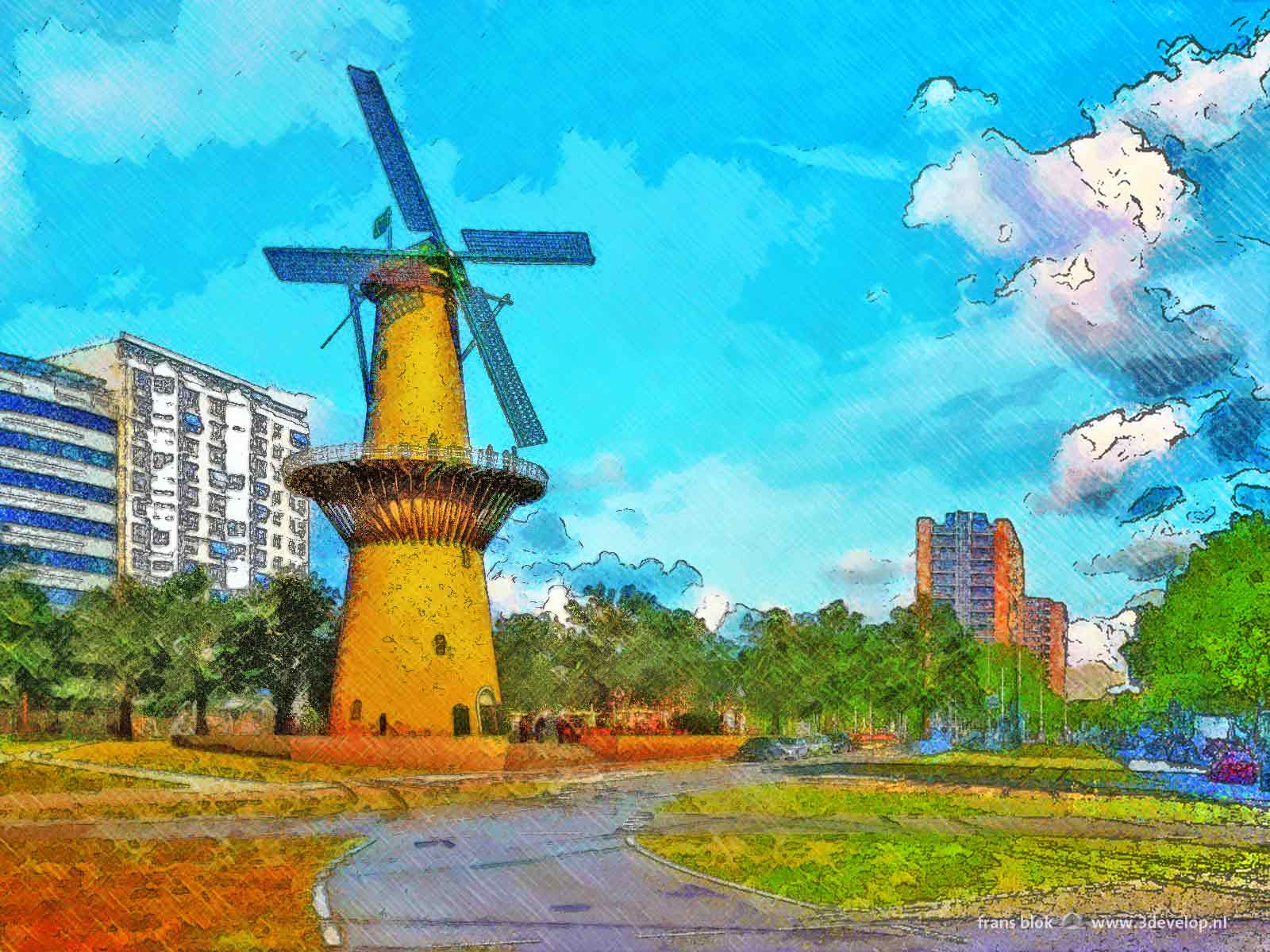 A guerrilla marketing campaign that I did together with Gyz La Riviere yielded an article in local newspaper Algemeen Dagblad and many positive reactions from windmill enthusiasts, shopkeepers from nearby Oostzeedijk and others.

And now there’s good news: chances are that the mill will indeed be rebuilt. However: not at Oostplein and not to scale. Not yet at least, because the plans that Miniworld Rotterdam has can be a good intermediate step towards effective rebuilding.

Since 2006 Miniworld is Rotterdam’s answer to Madurodam, the miniature town in The Hague. But there are some differences. There are more things moving, especially trains, trams and metros. The scale is a factor of four smaller, which actually works out surprisingly well. Two times per hour it becomes night and day again, which is, admittedly, difficult to achieve in the open air of Madurodam. And the emphasis of Miniworld is on the Rotterdam area (although a division England / Scotland is in preparation).

Miniworld is not a completely realistic model of Rotterdam; that would be an impossibility on a scale of 1: 100. “We are building the experience,” says director Marc van Buren, who was showing me around. Both modern and pre-war Rotterdam are represented. Of course there is plenty of room for the harbor and also a number of landscapes in the city’s vicinity have been reconstructed.

Every year around National Mills Day,a mini-windmill is added to the collection. The Oostplein windmill is scheduled for 2016 or 2017. Of course I hope that it will be 2016.

Among the icons of pre-war Rotterdam, such as the Coolsingel Hospital, Hofplein square and Delftse Poort Station, I missed one very important piece: the old Bijenkorf department store by architect W.M. Dudok. But because Miniworld is constantly transforming and growing, it seems likely that the legendary building will a some time in the future find its place between the trains. Windmill and Bijenkorf together, that would look something like this: 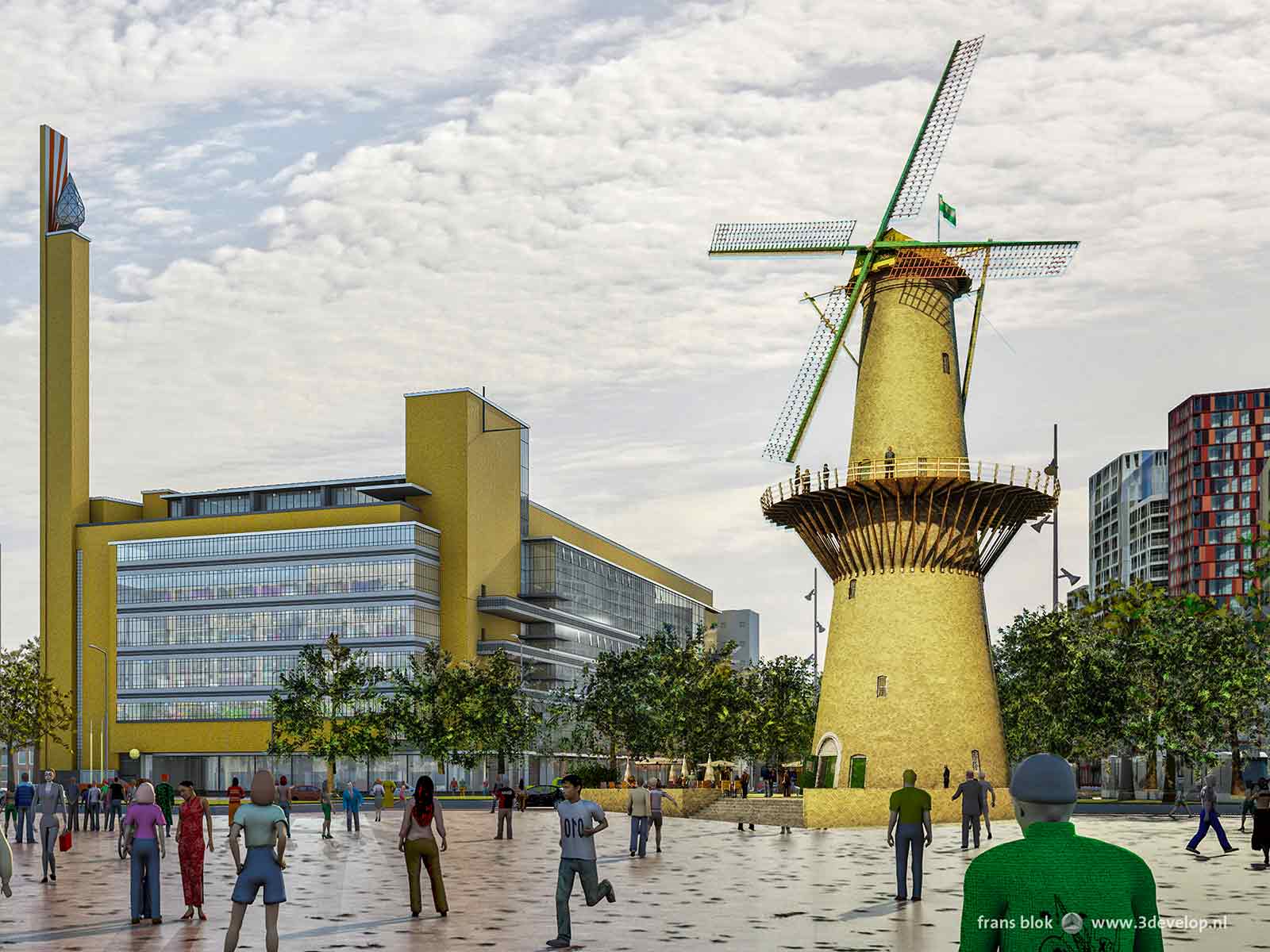 Of course, the ultimate goal remains reconstruction on a scale of 1 to 1. For the Bijenkorf the year 2030, one hundred years after the opening of the original, sounds like a good target date. With the windmill it should not take so long. But it’s great if both monuments long in advance can be admired in miniature.