I quietly started a tour along the social media. Previously I wrote about Instagram and Pinterest; today I want to talk about Twitter. The springtime with all its tweeting birds is an appropriate season for that, isn’t it? 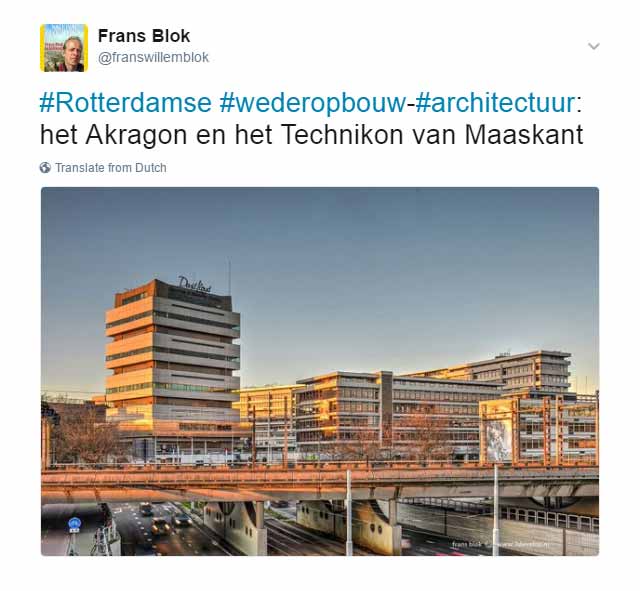 And just like those two previous articles, I wanted to illustrate this blog post with my most successful tweets. But unfortunately, Twitter’s analytics have their limitations. You can view your statistics per period of up to three months. And then you can only rank the toptweets by number of impressions (and not, for example, by retweets or likes). The pictures in this post are therefore the most viewed tweets of each of the last five quarters.

Why did they score so well? They don’t represent my worst images but definitely not the best either. In any case, spreading some relevant #hashtags and @mentions around seems to make sense. 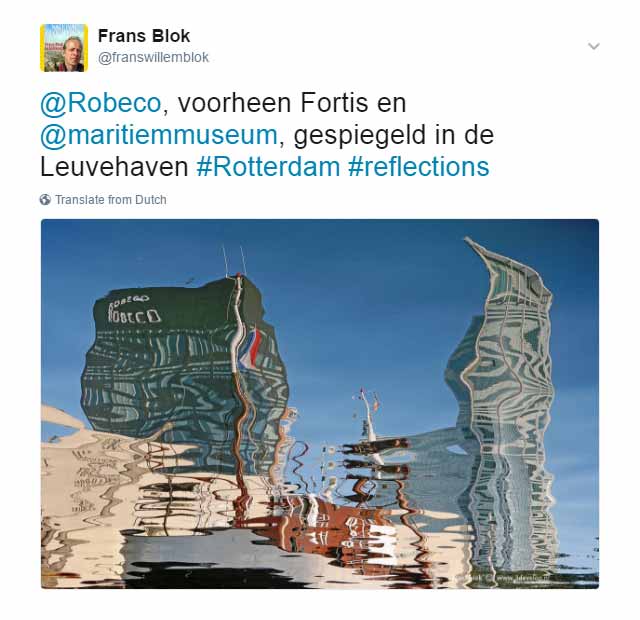 The Twitter account @franswillemblok has existed since November 2010. But the first years I did not really know what to do with it. That seems to occur more often; nearly two billion earthlings created an account and yet there are only 300 million active users. Not until I started my own firm at the end of 2013 I began to tweet regularly.

The great thing about Twitter is that, unlike on Facebook or LinkedIn, it’s very easy to get in touch with people outside your own circle. That can bring you nice things. For example, I have sold photos several times as a result of a tweet.

And the 140-character limit certainly has its charm. It forces you to be creative, short and concise, and to critically review every word and punctuation. In fact, I often manage to compose tweets of exactly 140 characters. That’s a sport in itself.

Summarizing, Twitter is in fact my favorite social media.

Dosage is very important. Some people tend to flood your timeline with messages. But one should not suffocate one’s followers. Therefore, I usually limit my number of tweets to one or two per day, which I plan in advance with Tweetdeck. Although I occasionally tweet more often, if current events ask for it.

I usually tweet in Dutch but sometimes I do a tweet in English. A nighttweet for the American market, send out at a time when the Netherlands are sleeping but it’s late in the afternoon or early in the evening in the US. Also planned in advance; I don’t stay awake for it. Remarkably, it’s mainly my Dutch followers who respond to those nighttweets. 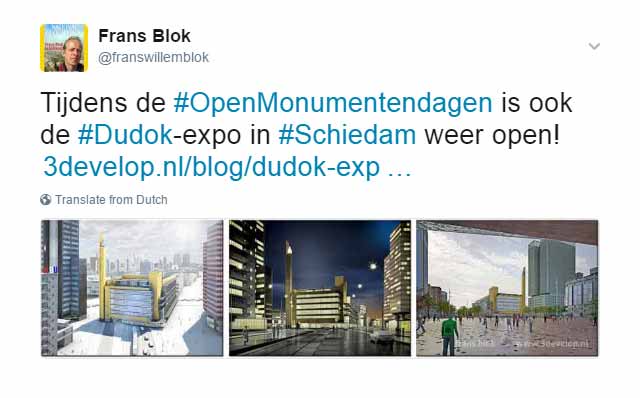 One of Twitter’s advantages is that you can very easily approach companies and authorities. When you try to reach them by phone, you usually end up in a virtual queue for an indefinite period, listening to “please wait for another moment” and crappy music.

But when I sent out an angry tweet about a dubious lottery subscription that I was lured into with a bubble story at a Rotterdam museum, I had a reaction from both the museum and the lottery within fifteen minutes. And the case was settled amicably.

And when I tweeted from a high speed train that stopped for more than half an hour in the fields near Breda, Dutch Railways immediately informed me about their sympathetic refund arrangements. 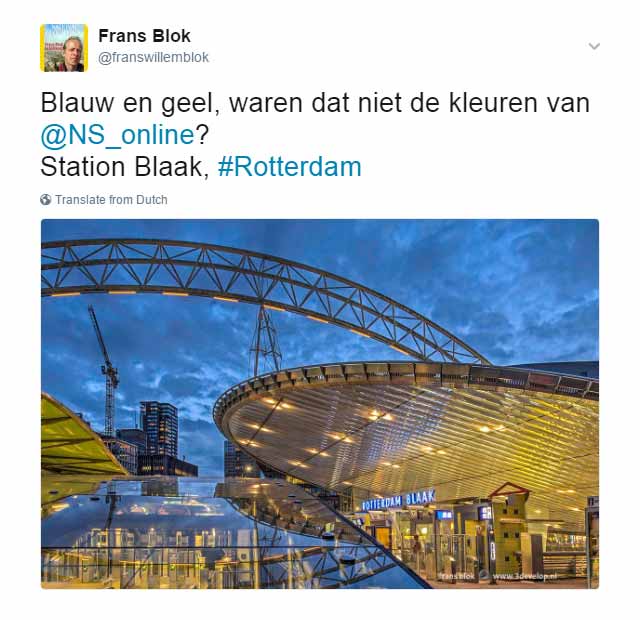 You would not expect it if you see how much attention the media pays to hateful tweets by certain politicians, but lately, things are not going really well for Twitter. The number of users is not really growing anymore and stagnation means decline in the online world. Certainly when other platforms like Facebook, Instagram, Pinterest and Snapchat all seem to have bright futures.

Twitter’s management is trying all kinds of things to reverse the negative trend. Some of these measures threaten to destroy the unique character of the medium. For example, the 140-character limit has already been softened and there are persistent rumors that Twitter wants to completely drop that restriction.

And recently also the principle of the chronological timeline has been thrown overboard. Instead of “last tweets first”, the inevitable algorithms have been introduced. They shows tweets that Twitter thinks you do not want to miss. But those algorithms are not yet very clever and clairvoyant, to put it mildly. Okay, you can turn them off, but most people do not. And as a result, Twitter becomes a kind of Facebook.

Is it a temporary decline? Political parties and football clubs sometimes go through a crisis, and a few years later they win the elections or the national league. Could such a cycle also exist for social media? I hope so, because I would not want to miss Twitter. 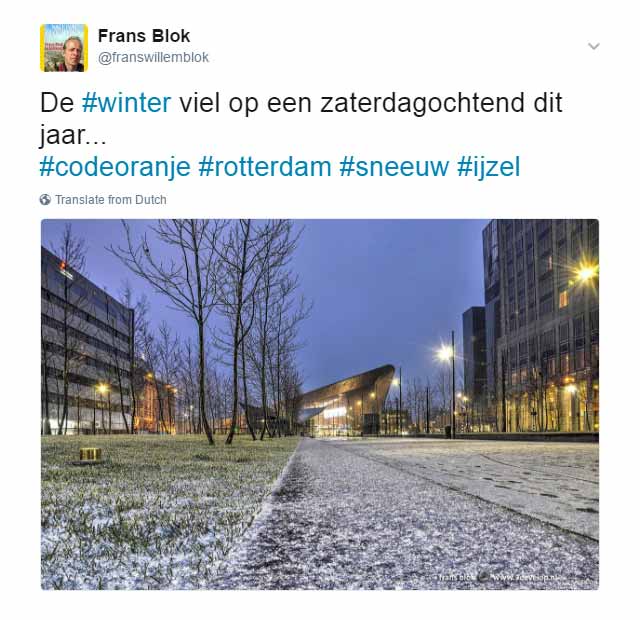