Return to Venlo: the fortifications reconstructed

This image is in fact a spin-off of the Koninginneplein project in Venlo. The glass panels of the railing show the fortifications that were once on that location. To make the design for the panels I created a 3D model of the medieval city with its impressive system of walls, canals, towers and gates. Later I realized that I also could edit that model in 3ds max, with this aerial view as a result.

The colors of Blaeu

The 3D model is based on the map by Joan Blaeu in 1649. Also the colors were inspired by that historical picture. Unfortunately, nowadays there is not much to see of Venlo’s fortifications, except of course in the glass panels on the Koninginneplein. 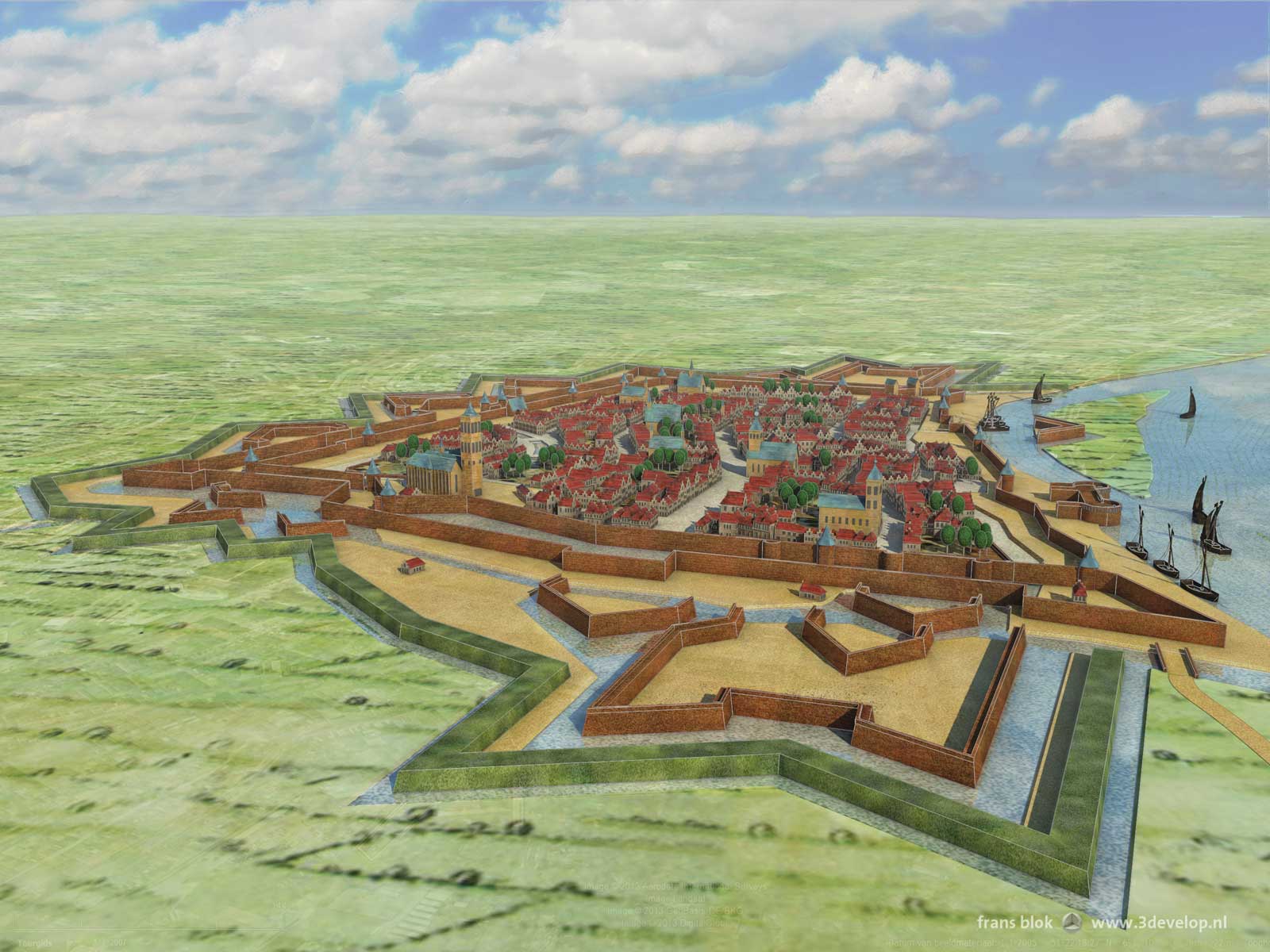