The tunnel under Koninginneplein (or should I say Queen’s Square?) in Venlo was completed in 2011. It ensured a smoother and prettier transition between the railway station and the city center. Through traffic went underground; from now on pedestrians could easily and safely walk into the city.

My Royal HaskoningDHV colleague Mari Baauw was the architect of the project. I had the honor to design the glass panels in the railing between the underpass and the ground level.

It was not the only reason, but Koninginneplein was my main goal when I traveled to Venlo again last week. What would the project look like after six years?

I was not disappointed. The glass panels look as if they were placed yesterday: there is no dirt or scratch to be seen. 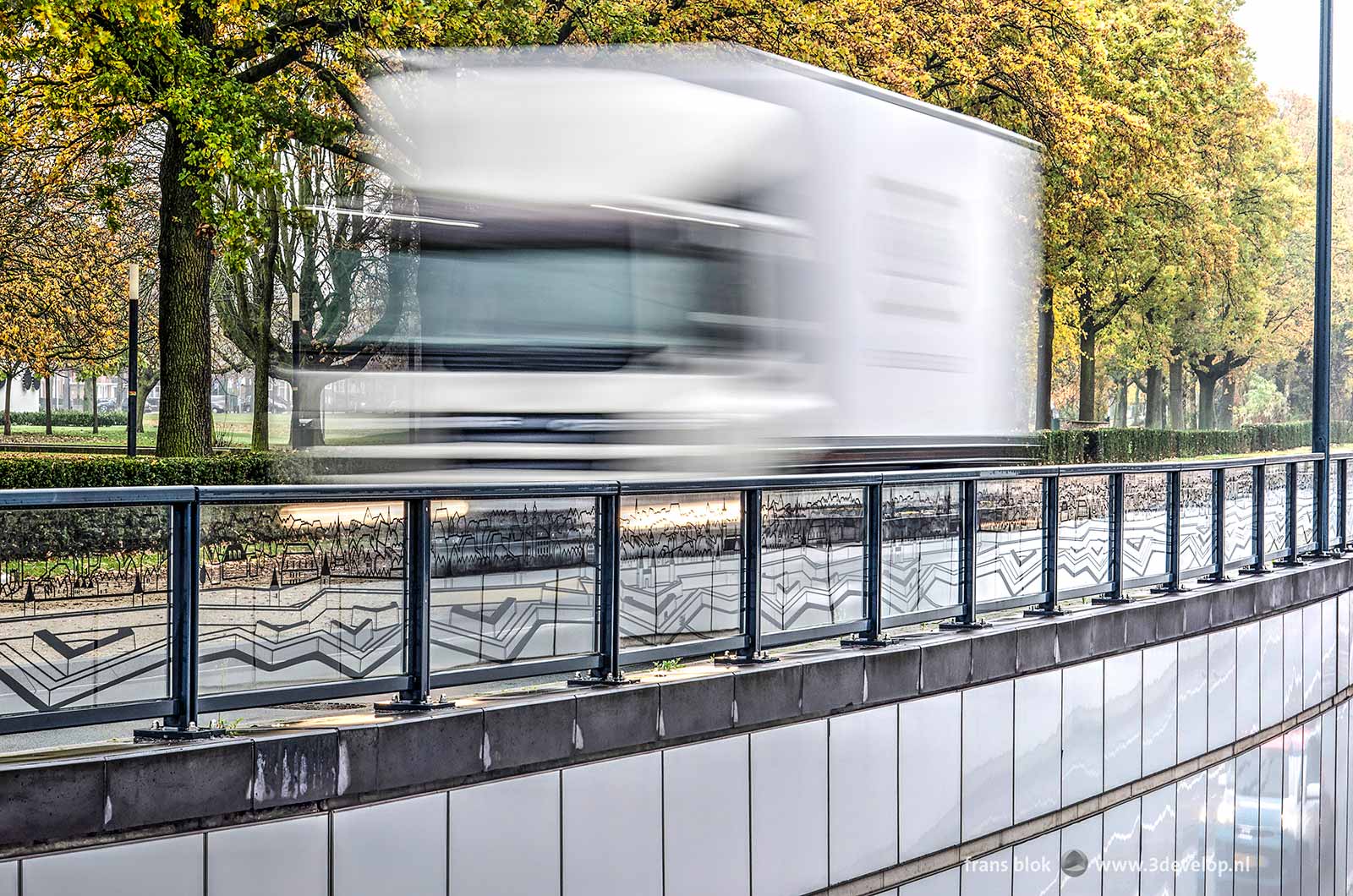 This was once the location of the fortifications of Venlo. That impressive fortress was the inspiration for the design. The prints on the panels on the city side show the old town with its ramparts, gates, towers and moats.

The prints on the other side show the armies that over the centuries have tried to conquer Venlo: swords and horses, flags and banners, helmets and hats. 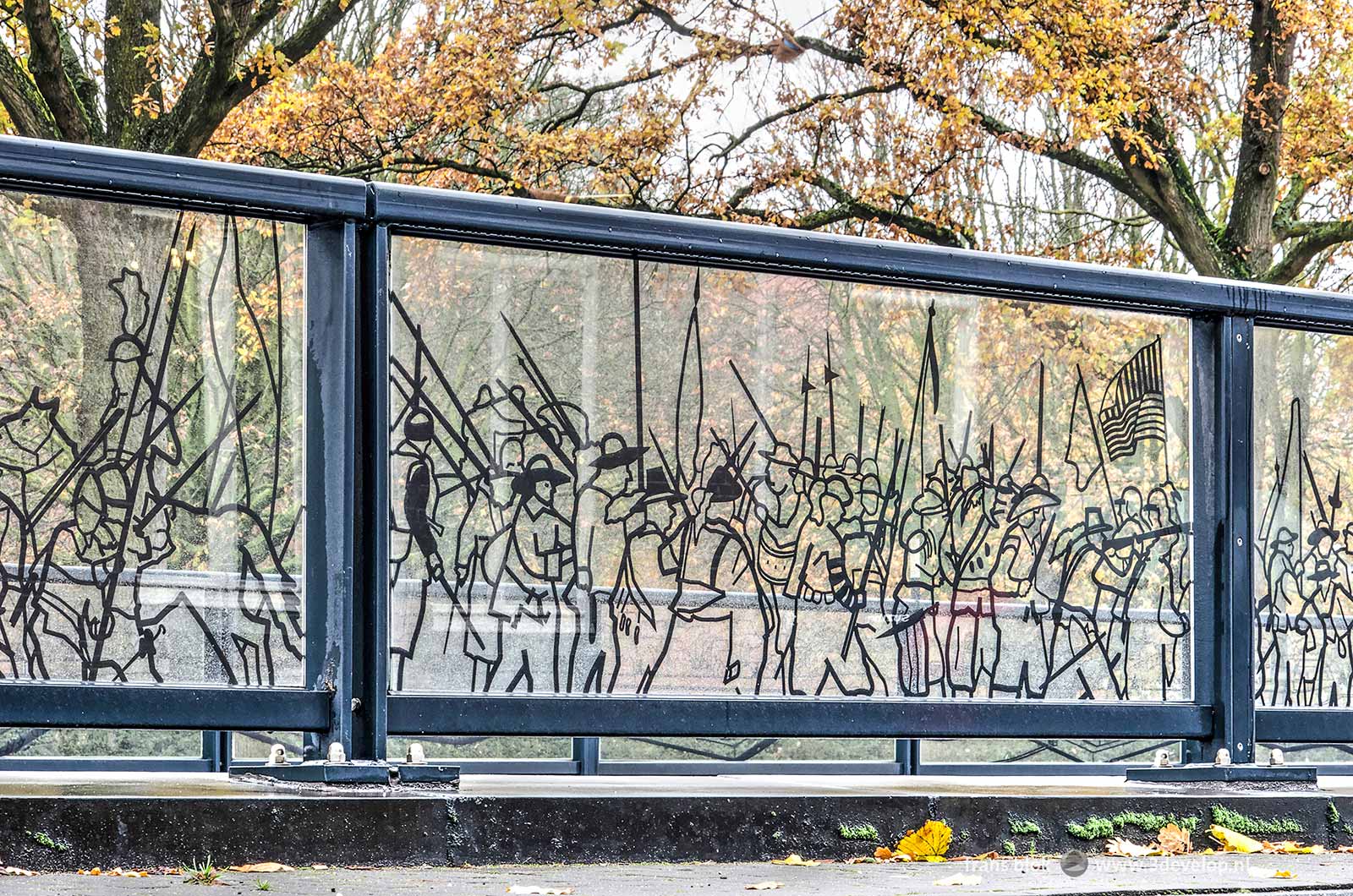 In the concrete part of the parapet, years are engraved; these refer to all the battles that were fought around Venlo. 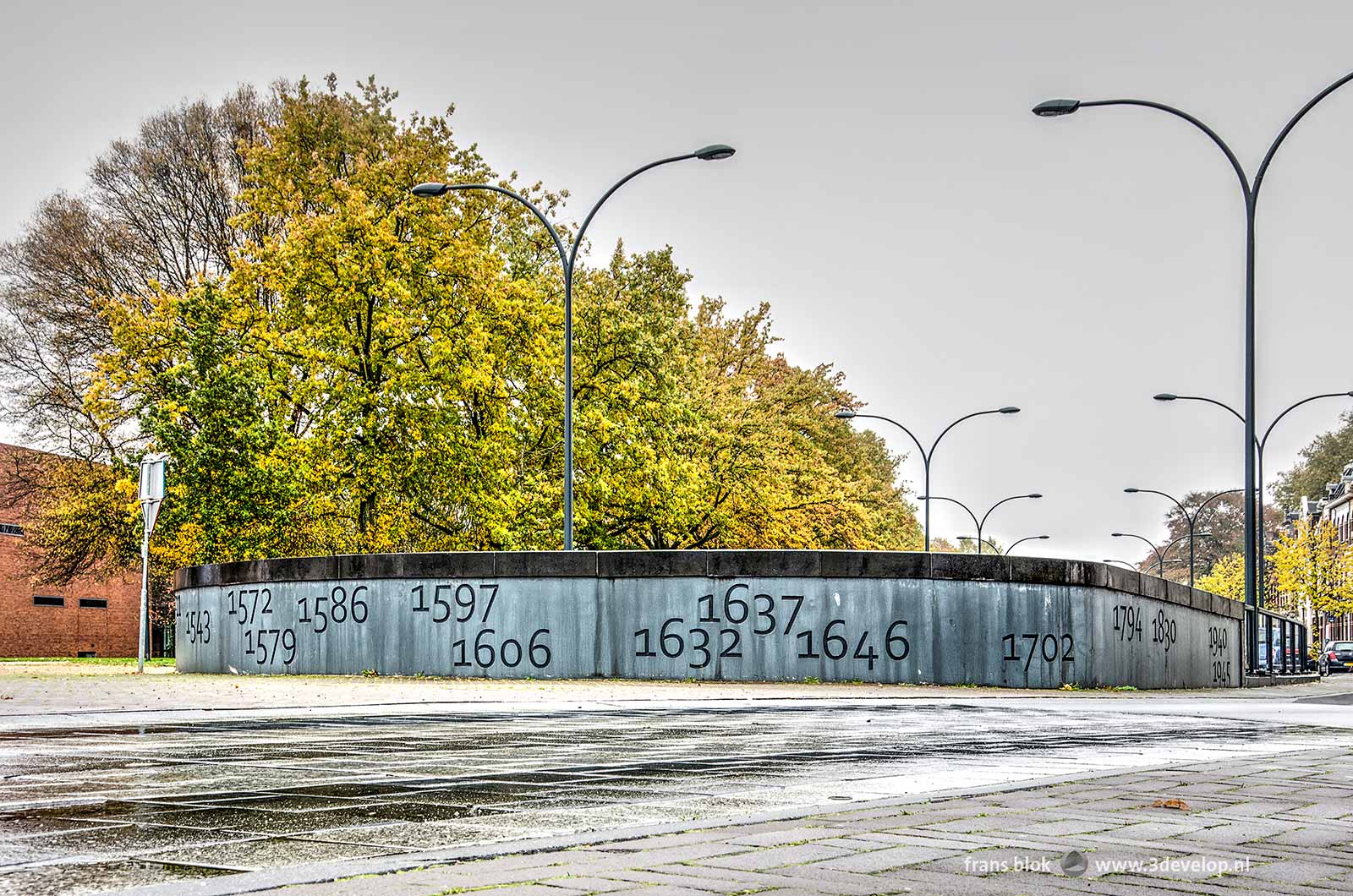 During the last battle, in 1945, Venlo was badly damaged. As a result the inner city is an interesting collection of architectural styles from all conceivable eras between the Middle Ages and the 2010’s. And that makes it into a cool place to stroll around.

But also around the city there are nice things to do and see. Our walk took us along the banks of the river Maas and across the cemetery to the Jaomerdaal (or should I say Whining Vallay?), a beautiful forest just a few kilometers from the center.

After returning to Koninginneplein, at the end of the afternoon, the suspence was rising: does the lighting still work? And yes, at the same time as the street lanterns, the LED lights came on, illuminating the glass panels from above.

Unfortunately, there was a small downside: the lighting on the east side of the Burgemeester van Rijnsingel did not work. Could you please take a look at that, municipality of Venlo? 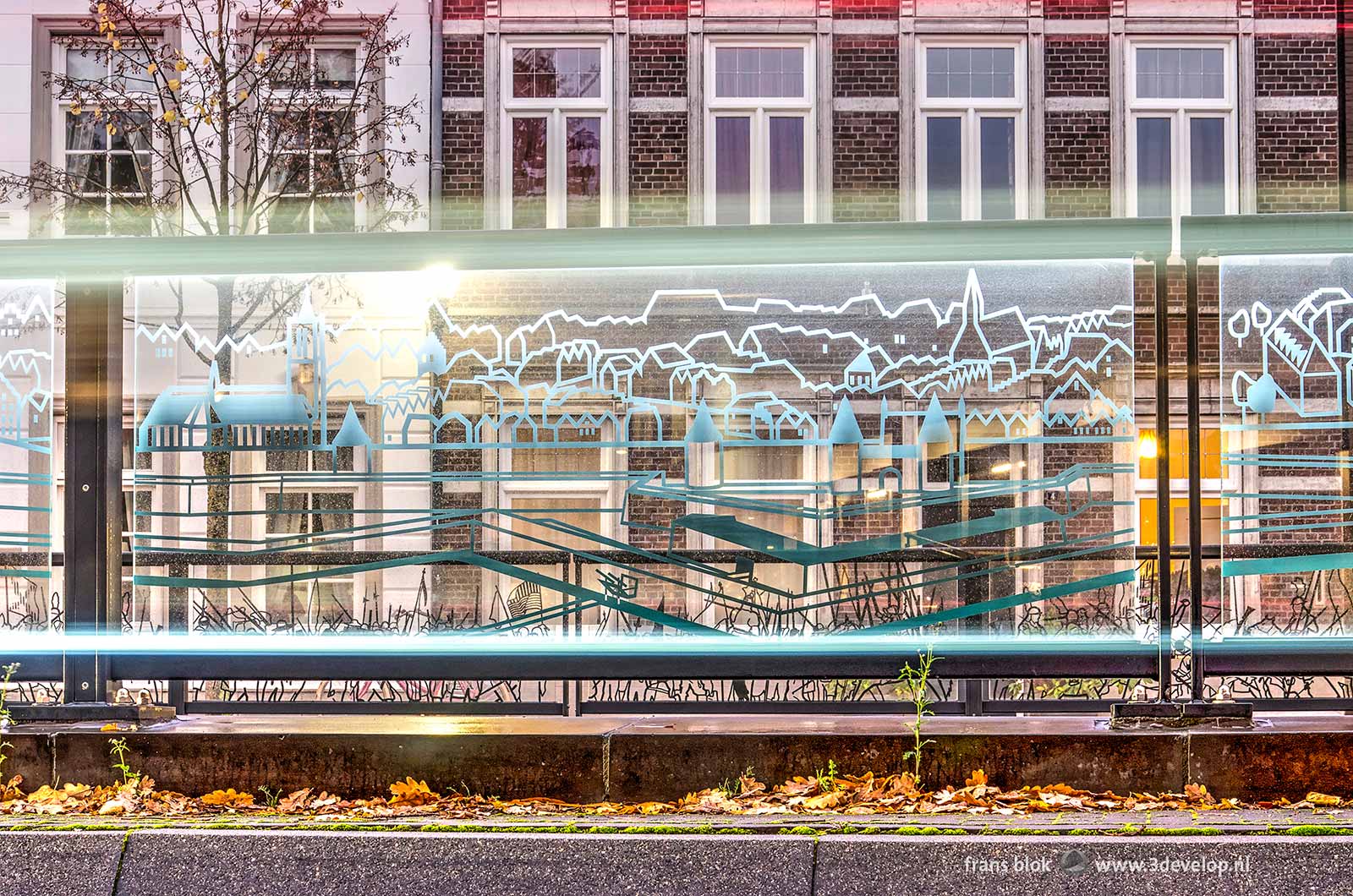 Fortunately, on Koninginnesingel, the lighting was functional on both sides. A nice opportunity to make some atmospheric photos with light trails and reflections on the white enamelled tunnel cladding and on the asphalt that was slightly wet because of the day’s drizzle. 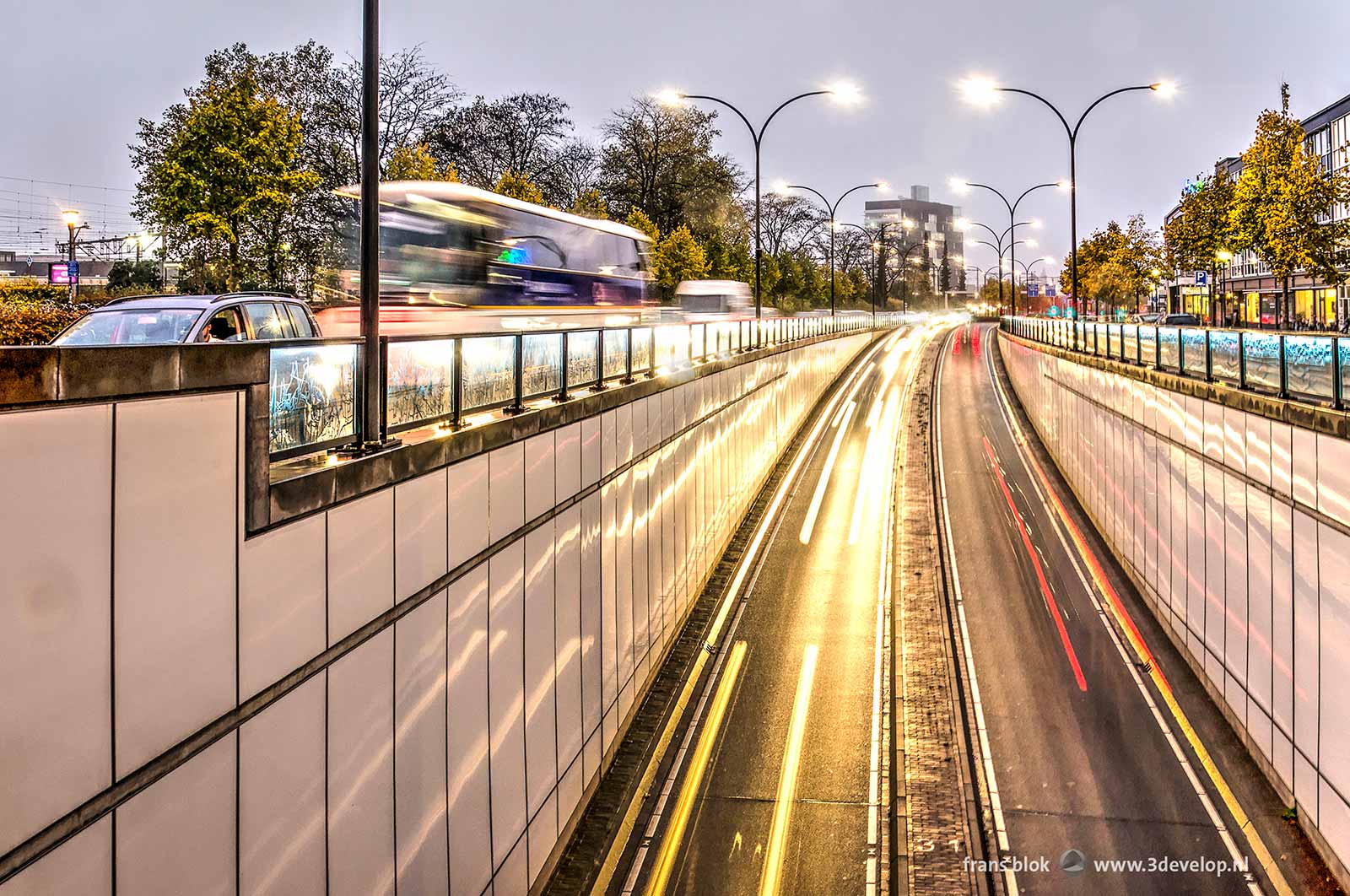 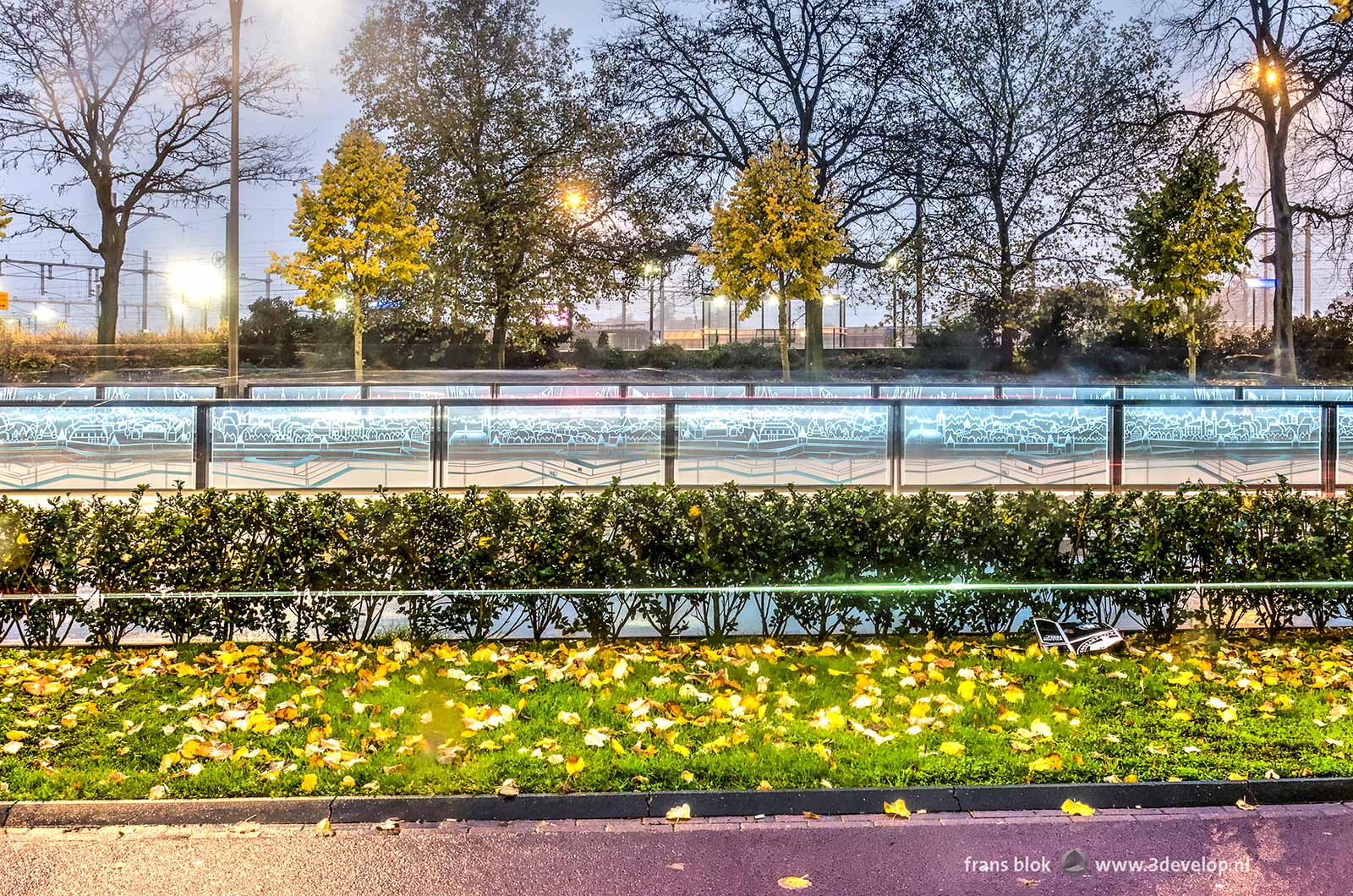 At that moment the drizzle began to turn into real rain. At first that produced some beautiful additional light effects, but soon photographing became impossible. Time for a well-deserved local beer: a Venloos Paterke Tripel in nearby pub de Klep. 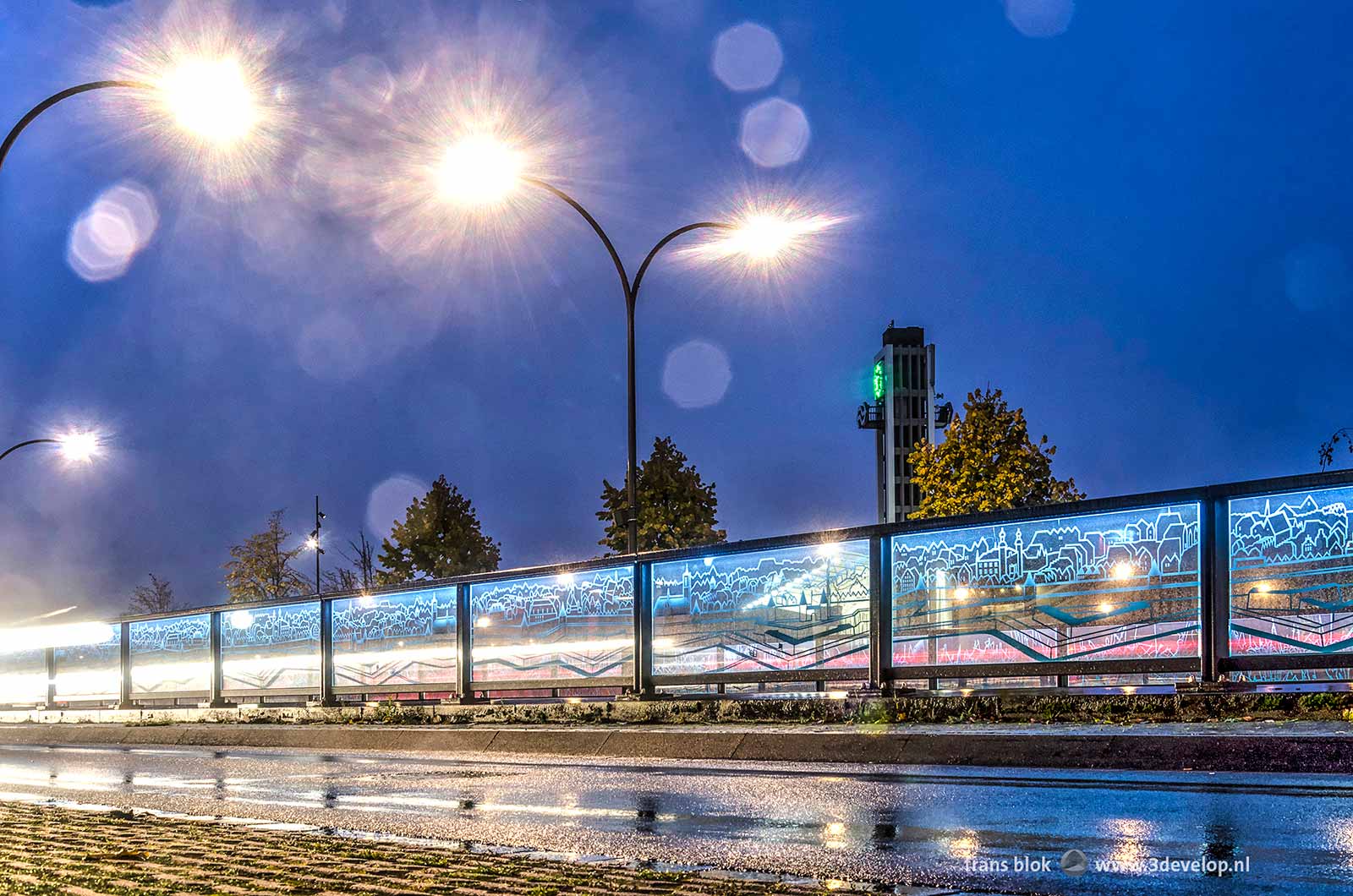