Looking Back at the Winter of 2017

On Monday, March 20th, 2017 at 10:28 AM, GMT, spring begins in the northern hemisphere of planet Earth. It is the day of the vernal equinox, when day and night, anywhere on the globe, have more or less the same length.

The beginning of spring, that’s a good time to look back at the winter of 2017. I know: it ain’t over till it’s over and also late March and April can have cold periods. But something tells me we’re not going te see a lot of wintry weather in the coming weeks. And should I be wrong, I will simply update this blog. 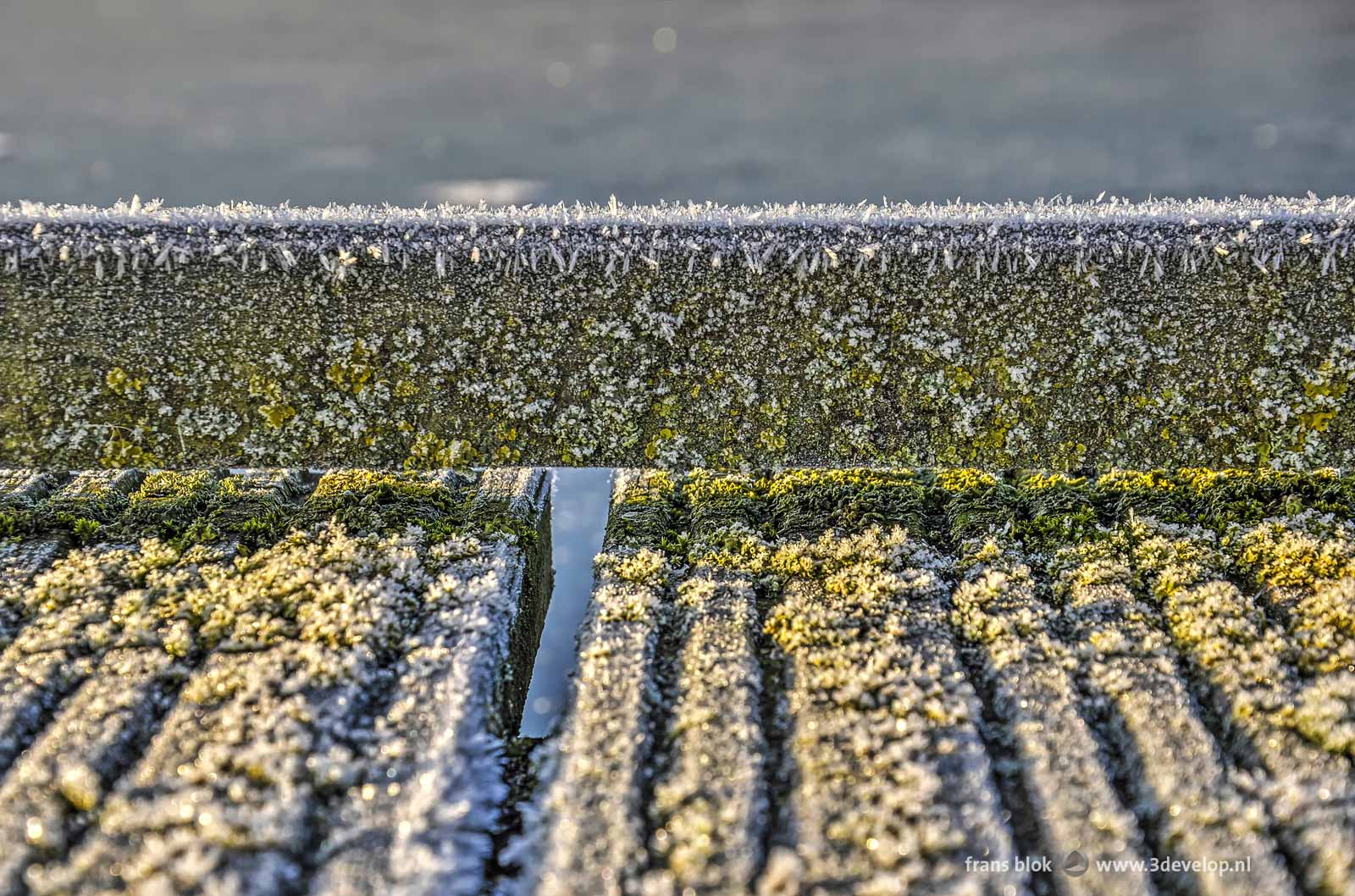 What kind of winter are we looking back at? Not a very cold one, I would say. But fortunately not as warm as last year’s winter when, at least in Rotterdam, not a single snowflake touched the ground. This winter saw a handful of winter wonderland moments, although for some of those I needed to go snow hunting in the eastern regions of the Netherlands.

Officially, of course, we must  talk about the winter of 2016/2017, but Christmas and the subsequent final days of the year were so mild that I would rather forget that period. Out of frustration I resorted to paintifying archival footage from past winters.

The first winter attack reached Rotterdam on 7 January. When I woke up in the middle of the night and looked outside, I saw a beautiful blanket of snow. But by the morning the precipitation had taken the form of freezing rain, slowly eating away that snow cover. Nevertheless I went out in the early morning to photograph the city in this special state. But it was freezing cold and very slippery and there was a strong wind; difficult circumstances to make good pictures. Later in the day the temperature rose fairly quickly and all the snow and ice disappeared. 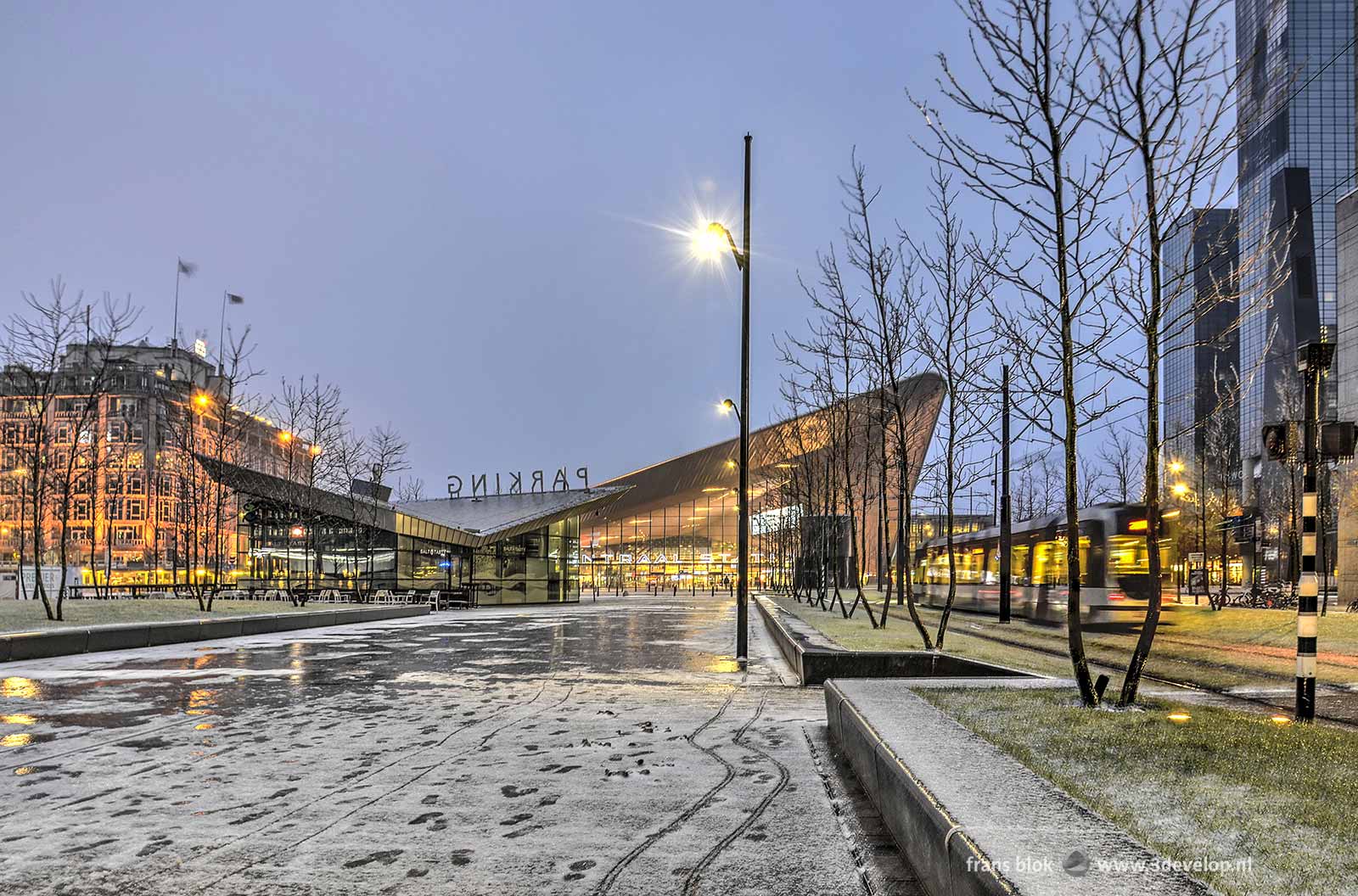 Winter remained nearby but was not strong enough to once again reach the west of the country. So on January 15, I stepped on an eastbound train to try my luck. First destination: Nijmegen. The city and its surroundings were covered with a thin layer of freshly fallen snow. On this beautiful Sunday morning, the new island Veur-Lent, between the Waal and the newly dug Spiegelwaal was popular with walkers, joggers and photographers. 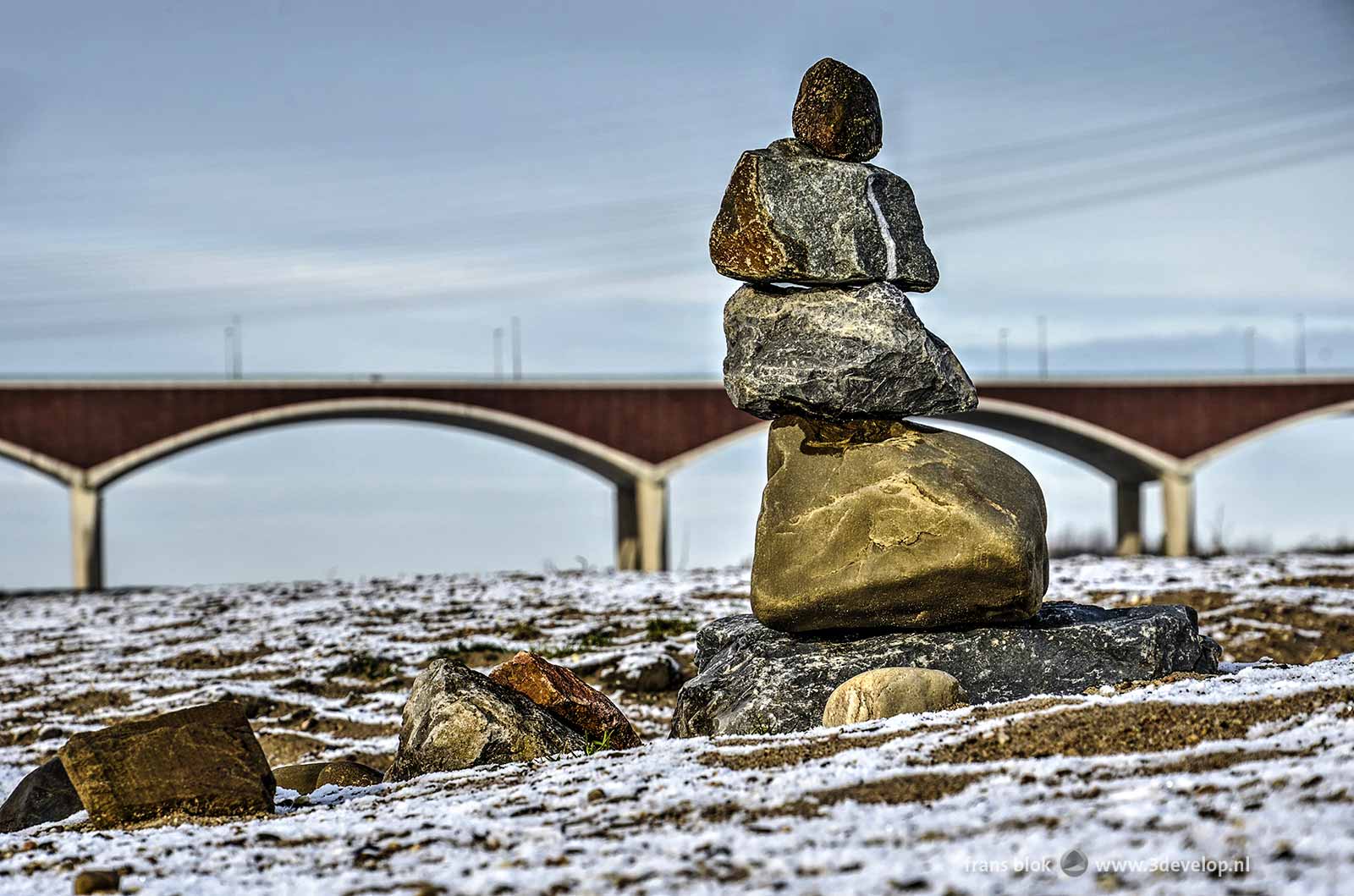 In nearby Arnhem, my second destination, more snow had fallen in the days before. Sonsbeek Park was wonderful, though the snow had been trodden by many footsteps. Riding sleds, building snowmen and throwing snowballs were a popular activities. That afternoon I also made the pictures for my blog post about the Forest Planetarium in the Cold Pond. 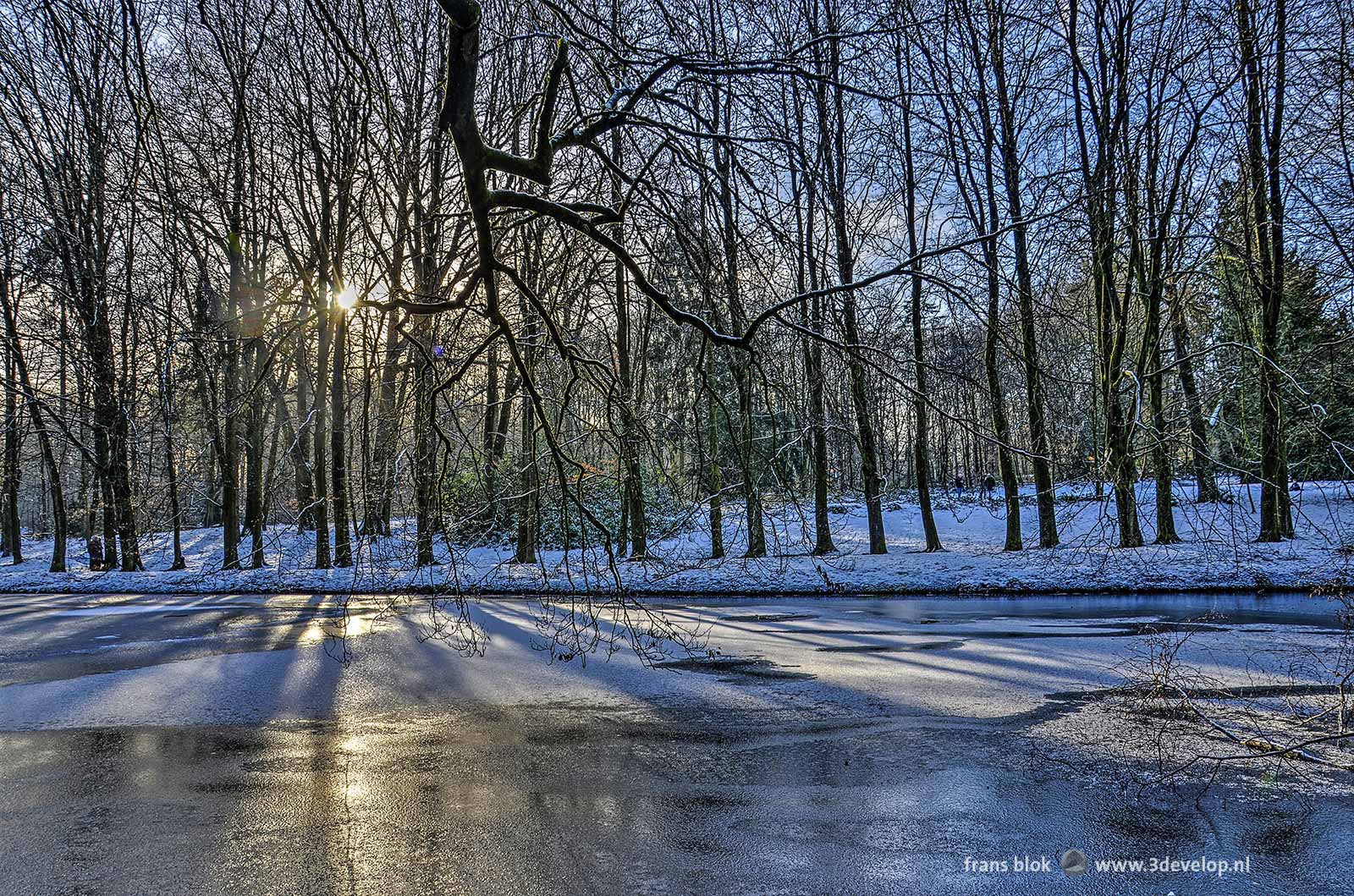 Zutphen, a little further to the north, appeared less richly endowed. Much less snow had fallen there and  especially in the beautiful historic city most of it had disappeared. But on the banks of the river IJssel there was still enough powdered sugar for a couple of good shots around sunset. Thinking of Gelderland I see narrow rivers flow gently through snowy lowlands (reference to a poem by Hendrik Marsman) 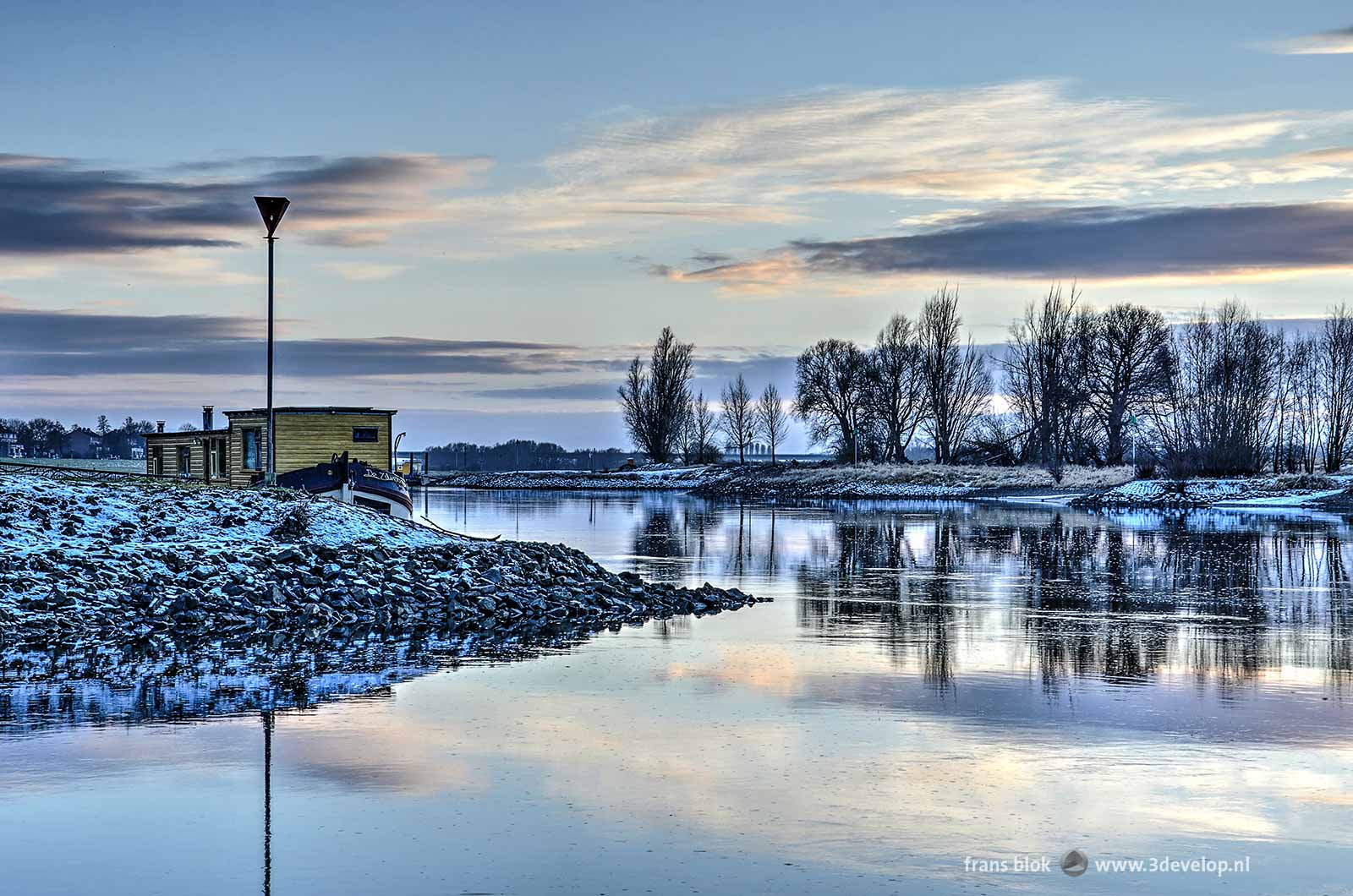 By 18 January, winter had returned to Rotterdam. But new snowfall held off. That this does not always have to be a bad thing became clear during a walk through the dunes of Oostvoorne. There was a fine layer of ice on the dune lakes; trees, bushes and reeds were covered with a beautiful layer of frost. A winter wonderland if ever there was one. 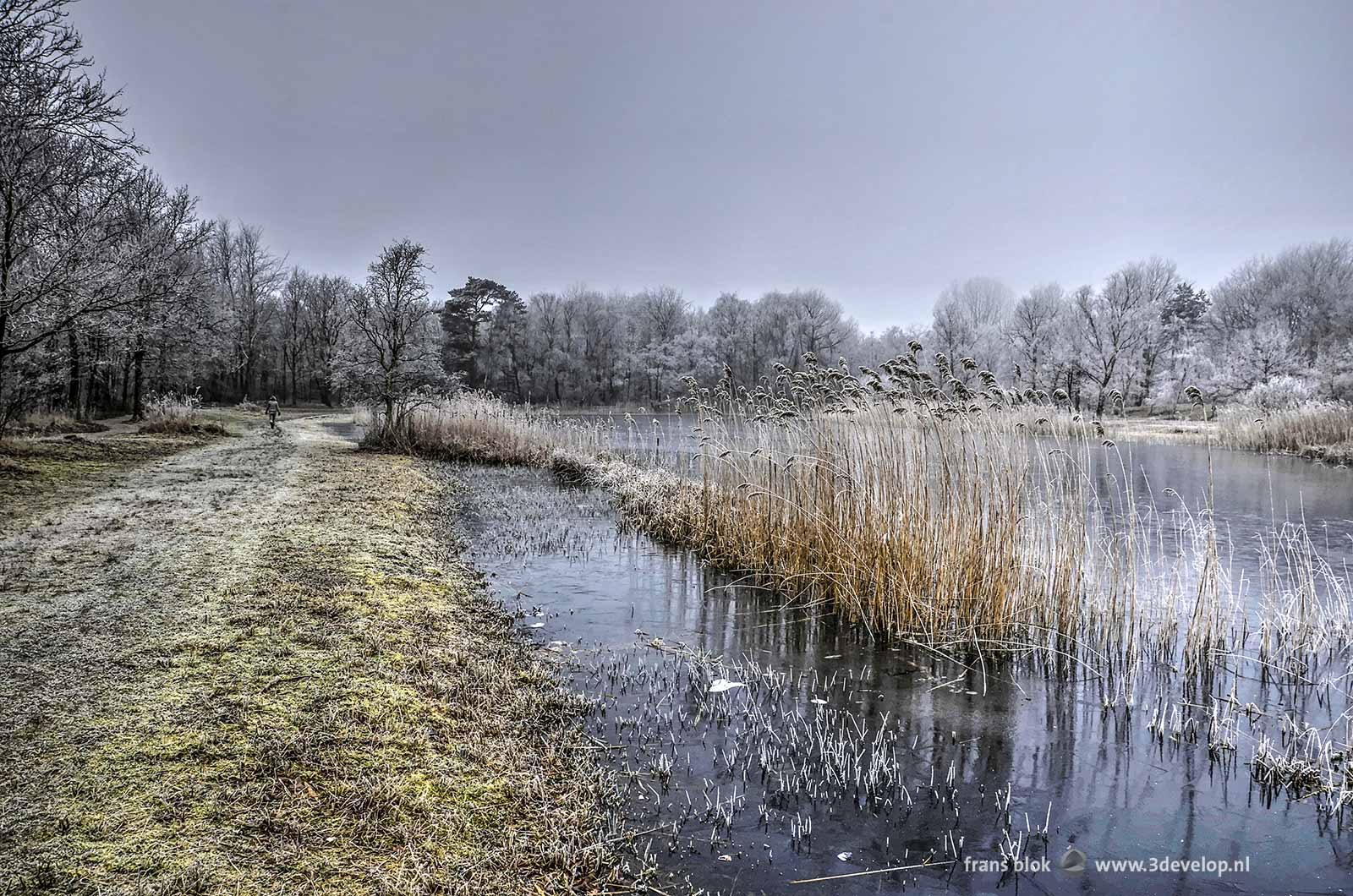 A few days later, on January 22, it was once again mainly frost and ice which turned the forest and lake of Kralingen into a temporary photographic paradise. The lake was almost completely frozen but only on the edges there were some brave ones venturing on it, with varying success. But the combination of frosted branches, leaves and walkways, low sun, reflective ice, and in the background the Rotterdam skyline produced beautiful pictures. 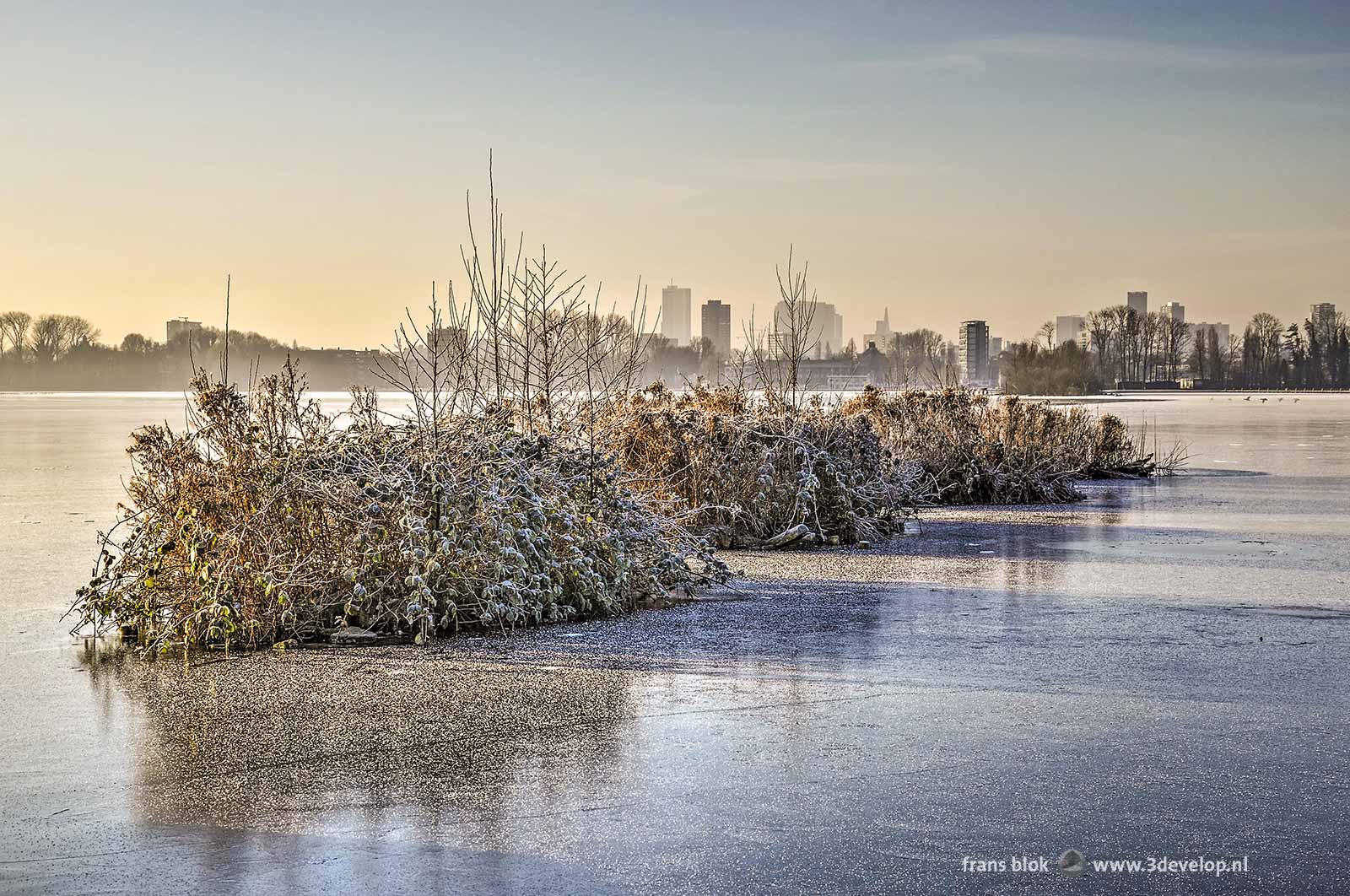 After that the winter fun was gone for a while. But in early February a new cold wave came to the Netherlands. The so-called plume of the fourteen-day forecast raised high expectations. Which unfortunately were not entirely fulfilled. But on February 11 in the Rotterdam area some snow fell which actually remained for some time. A small window of opportunity to shoot some nice pictures. Like this one, made in the reedlfields of Hitland near Capelle aan den IJssel. 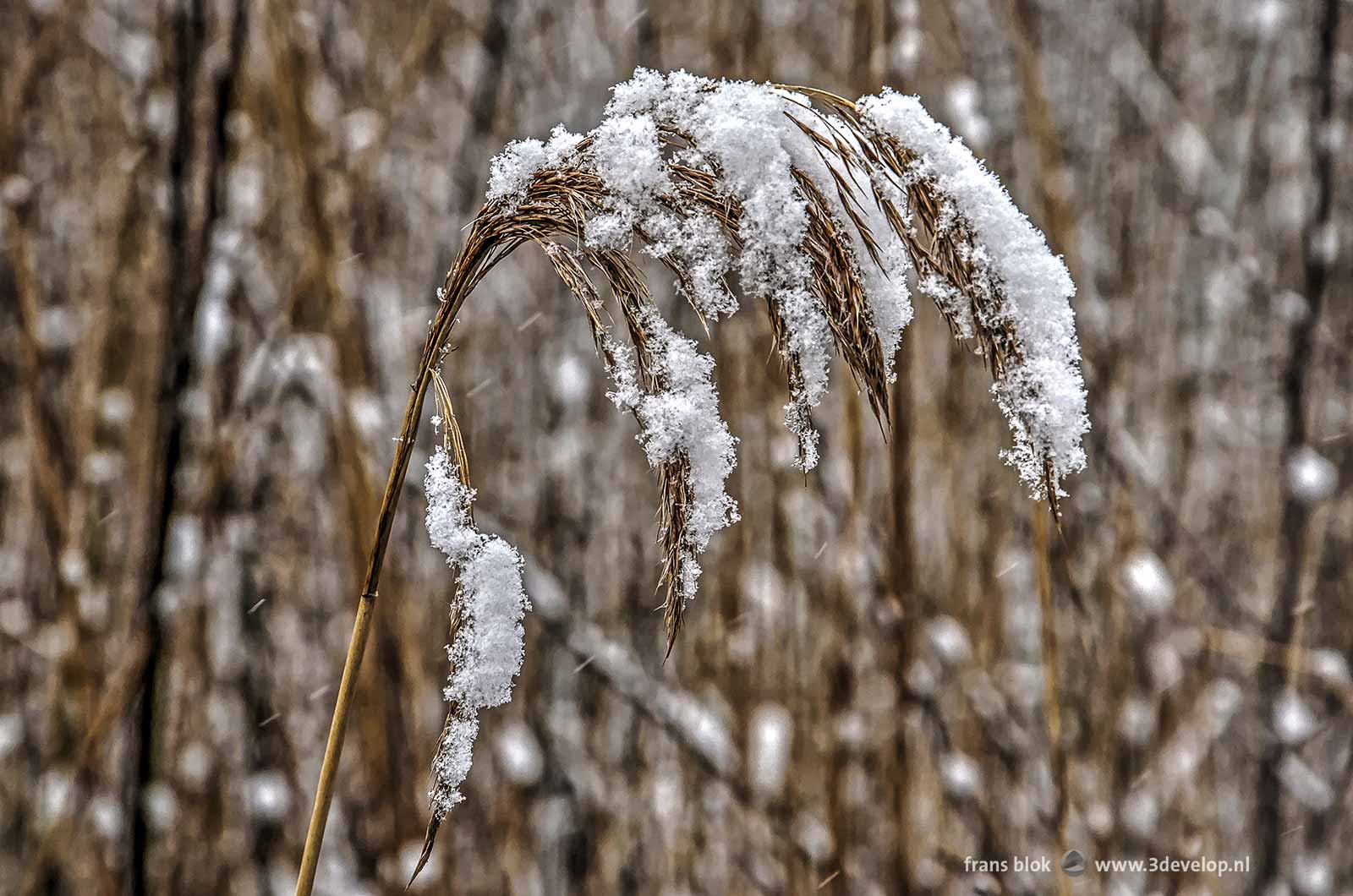 The white world around Zwolle

But for the real thing I’d better take a train again to the east of the country. In the Zwolle area on February 12 there was enough snow to excite the winter enthusiast. And although it was bright and sunny weather, the temperature remained low enough to leave the snow cover intact for at least that day. Great conditions for a nice bike ride through the floodplains and other rural areas around the city. When I came back in Rotterdam that night, all snow had already melted; climatic differences in our small country are dramatic. 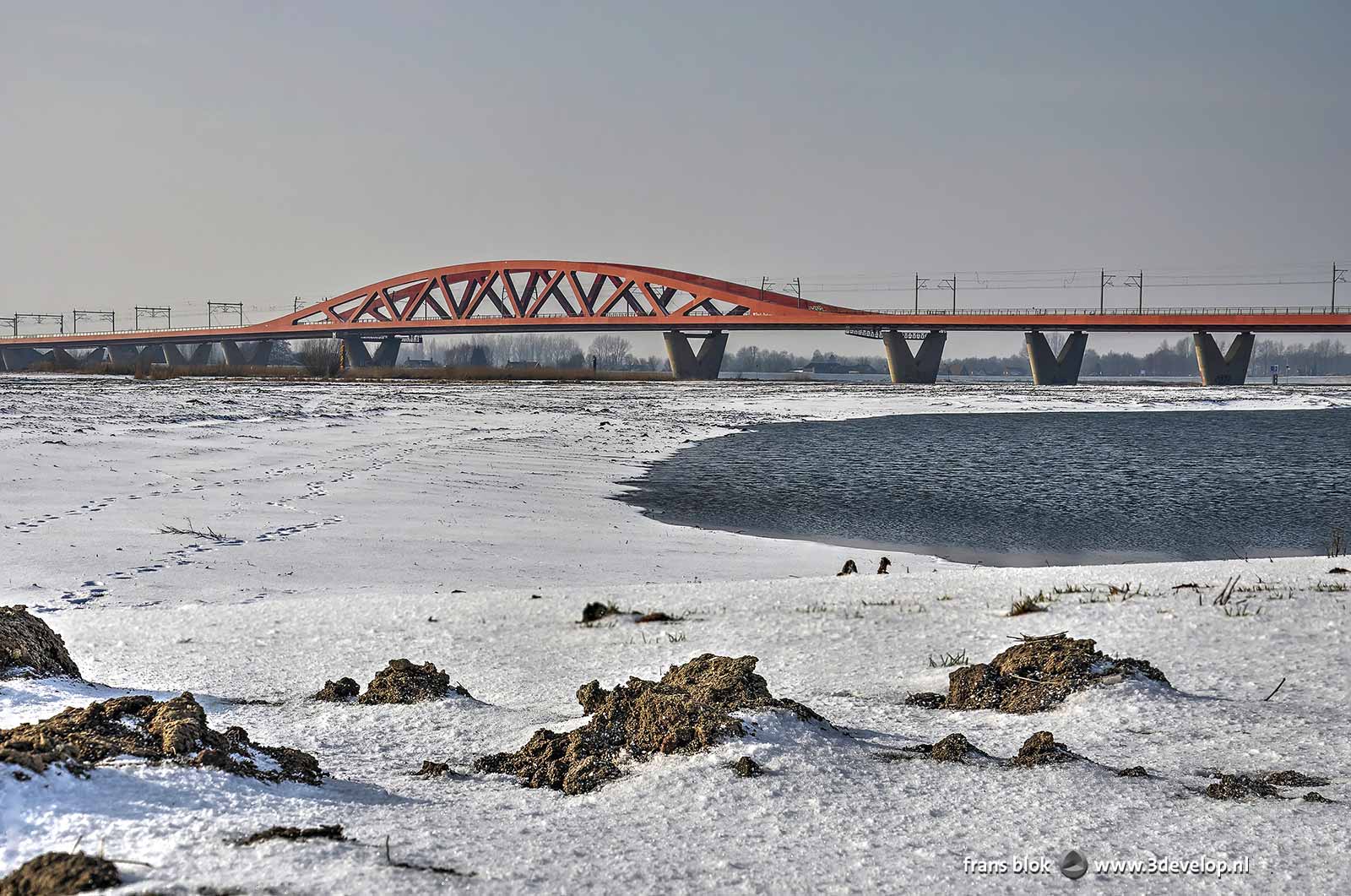 With a winter that so obviously did its very best, I’d expected some more assaults. But apparently there was no more cold in store as the temperatures quickly rose to well above freezing. In Mid-March we even saw a few days of springtime, warm enough to sit outside and to speculate about Skirts Day. And though I may be a winter enthusiast, an early spring can make me quite happy as well.

All in all I can not be dissatisfied with the winter of 2017. However I missed a moment with a really thick layer of snow. Such a blanket that covers everything, that produces that crackling sound under your feet and those wonderful white sculptures on branches. For the next winter I therefore consider an expedition to a destination with snow guarantee: Iceland, Finland, North Dakota. I’m still looking for sponsors.