About five years ago, when employed at Royal HaskoningDHV, I worked on the Room for the River project near Nijmegen. Perhaps the most radical of all the projects in the national Room for the River program. Near the village/neighbourhood of Lent a new channel is created, cutting off the inside bend of the river Waal, resulting in a new island: Veur-Lent.

Among other things, I made this animation. Suggested soundtrack: “This is your Lent” by Simple Minds on. Stills from the film were used to inform the public about the project like on these information cubes: 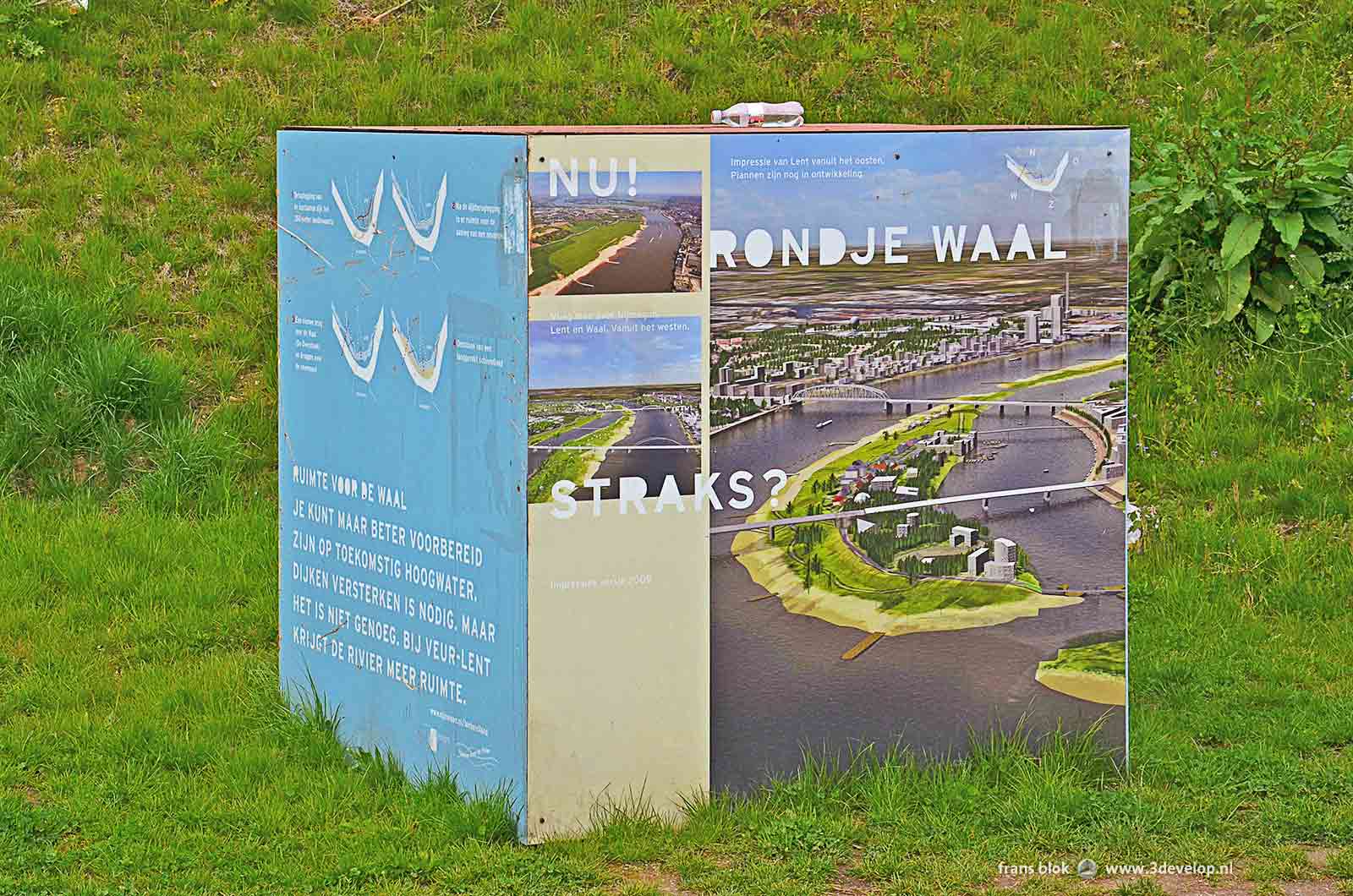 Last Friday I was in Nijmegen again, for the first time in a while. The work is in full swing; the area near Lent starts to look like the animation: 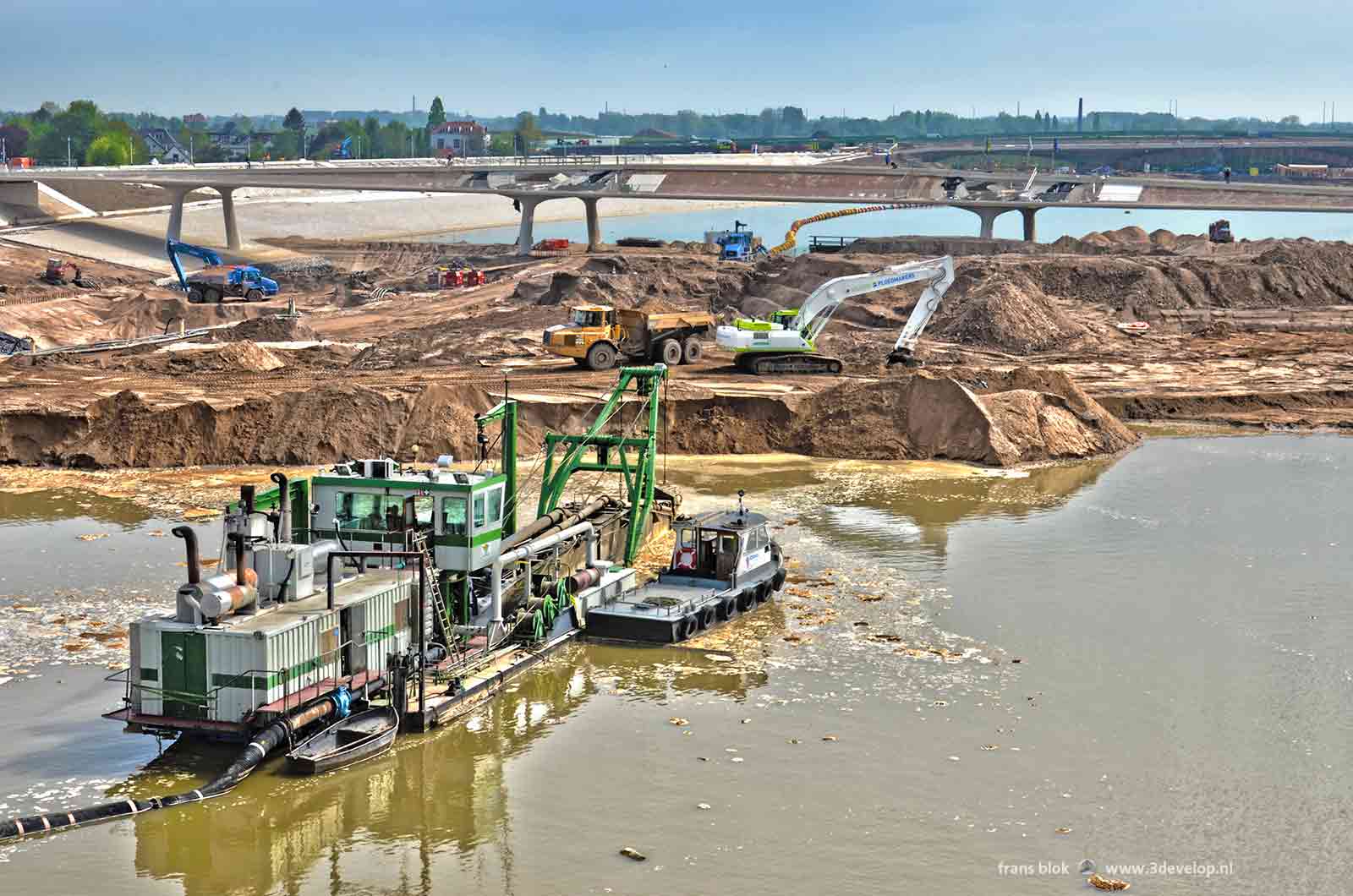 Below we see the new channel, with on the left the quay of Lent and on the right, outside of the image, Veur-Lent and the city of Nijmegen. In the background the extended Waal Bridge is visible; more on the foreground is the Promenade Bridge. 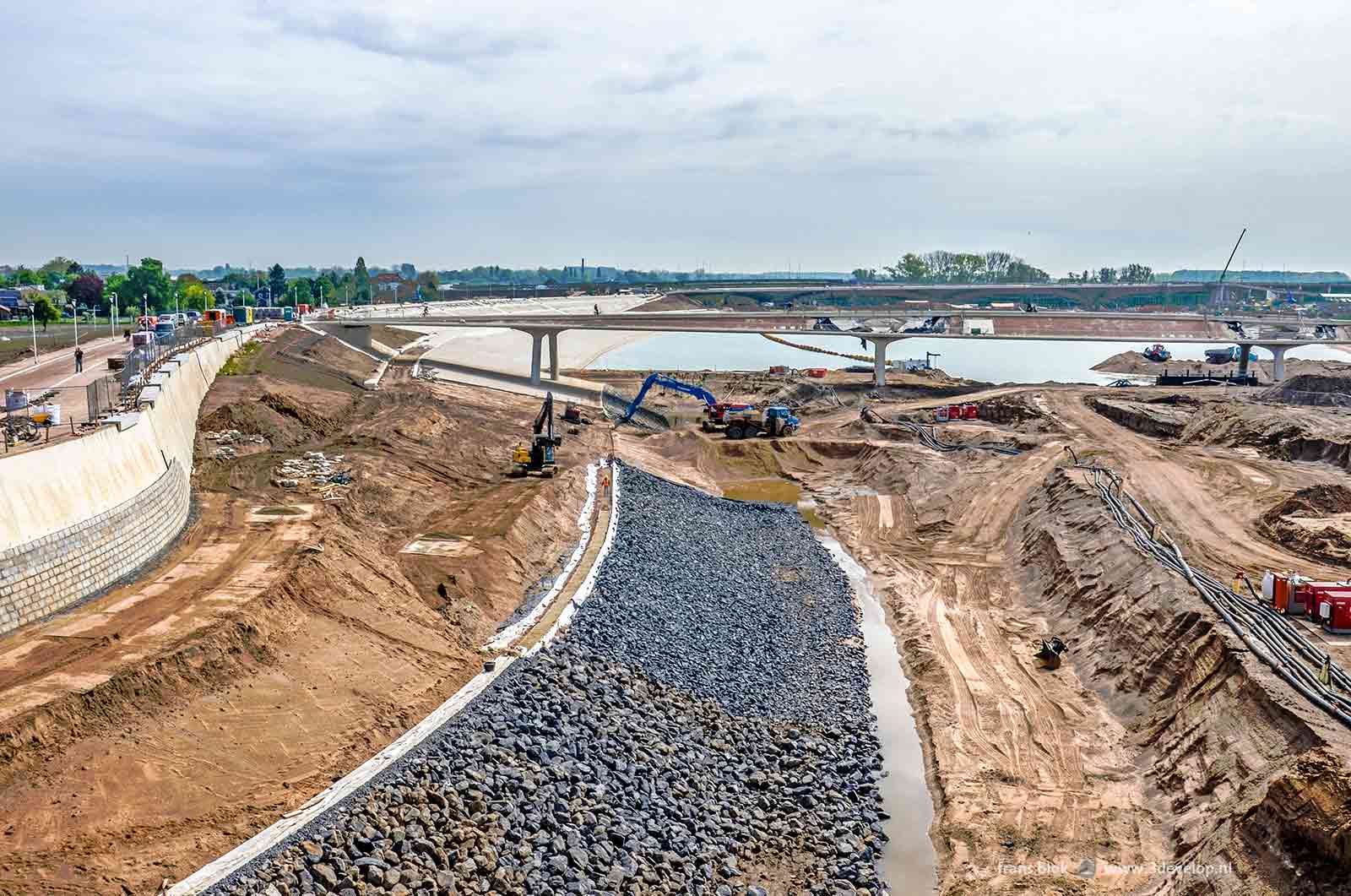 The embankment of Lent, the subject of much study, begins to take shape. This will soon be a great place to look out on the new channel, the island and the city of Nijmegen, on beautiful summer evenings. 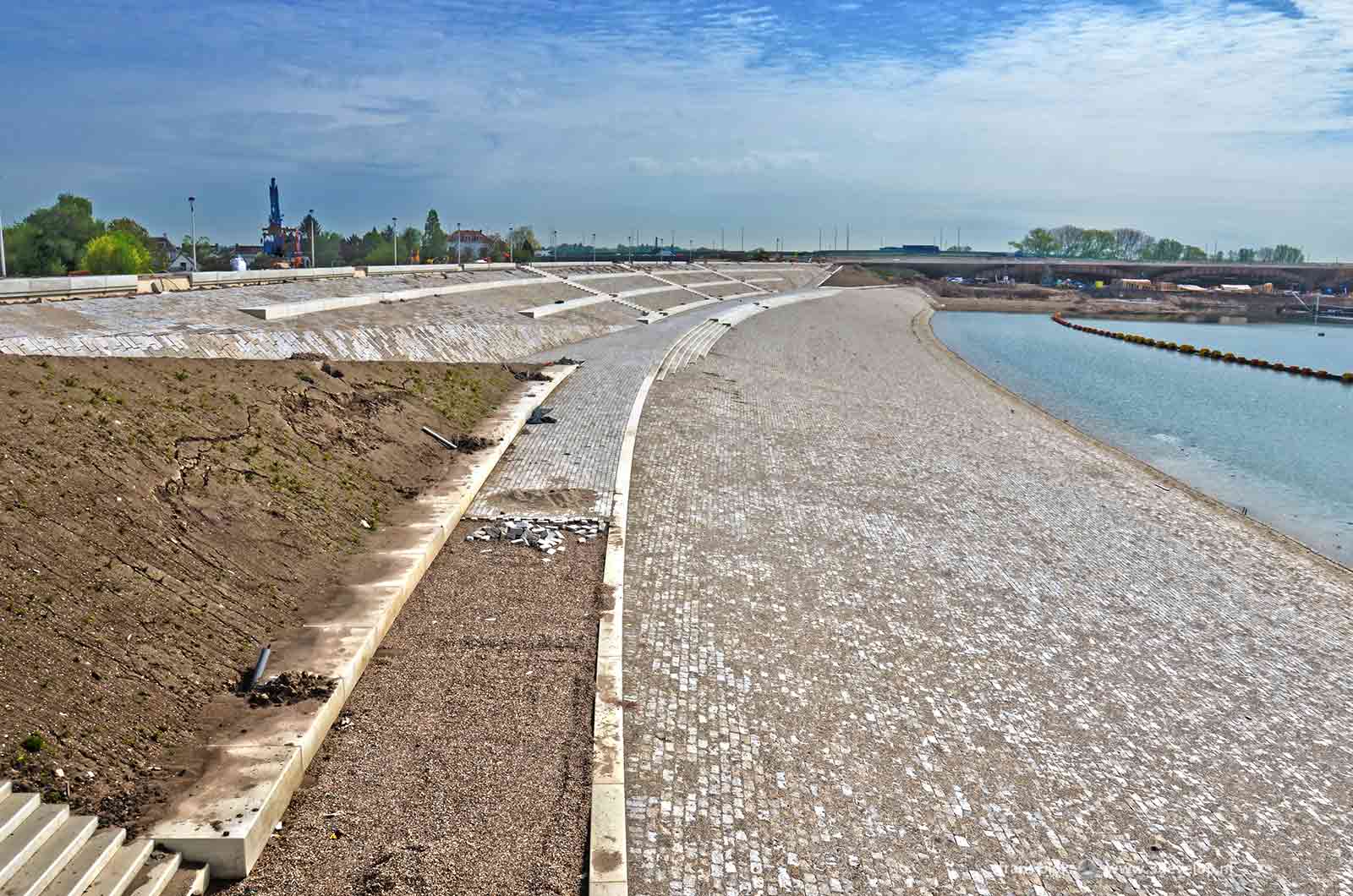 De Promenade Bridge between Lent and the new island is almost finished: 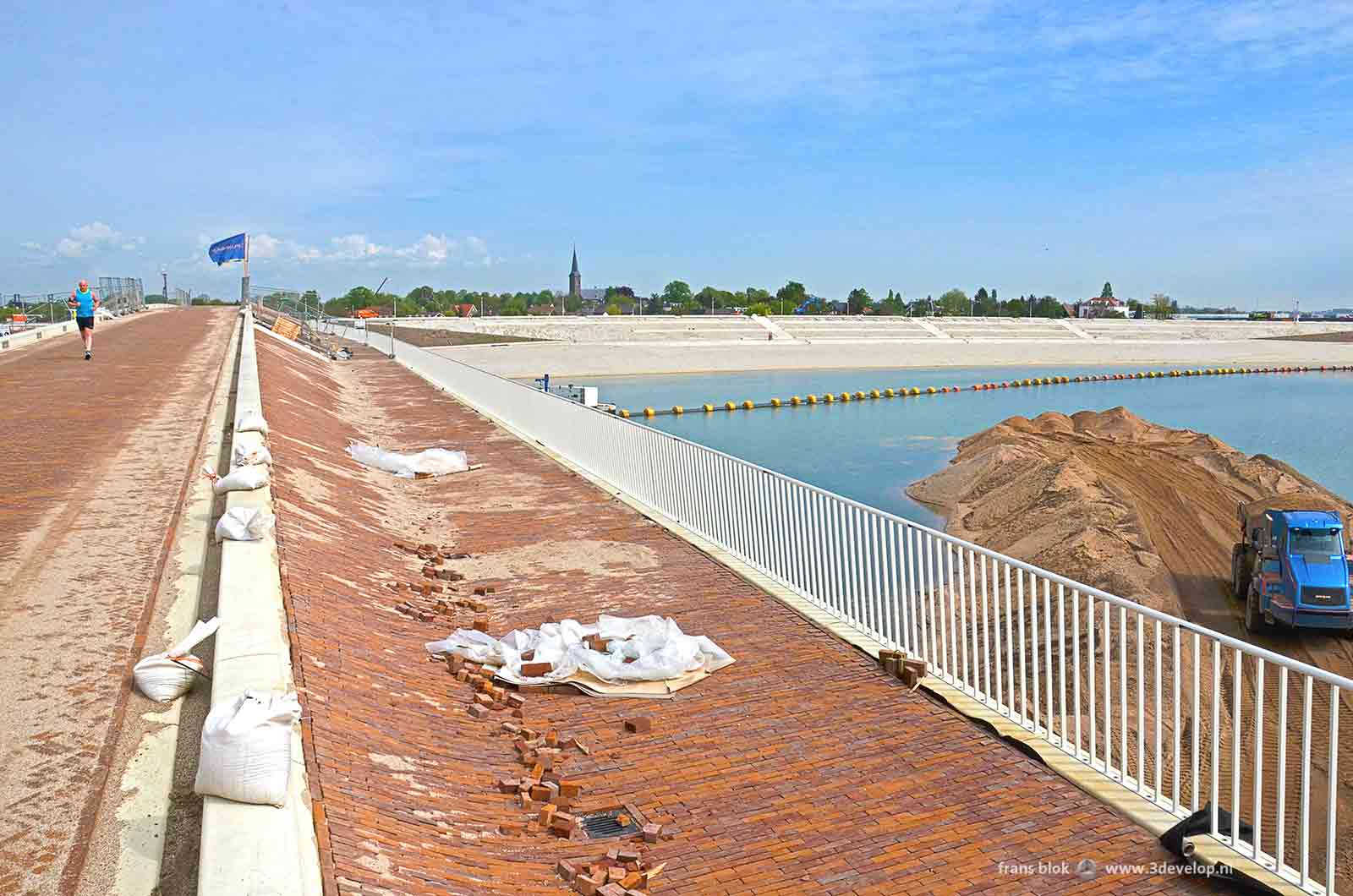 In the second quarter of 2016 the works should be completed. I’ll be back next year!

UPDATE: As promised, I went back to Nijemgen the next springtime. And I wrote this post about that visit.