The Block World Map Is Here At Last

Yes, my name, Blok, means Block. In fact, the family name was Block until one of my ancestors moved to Rotterdam in the late 18th century and a lazy municipality official dropped the c.

In that light it’s amazing that it took so long for me to do something with the block theme. But here it finally is: a Block World Map. 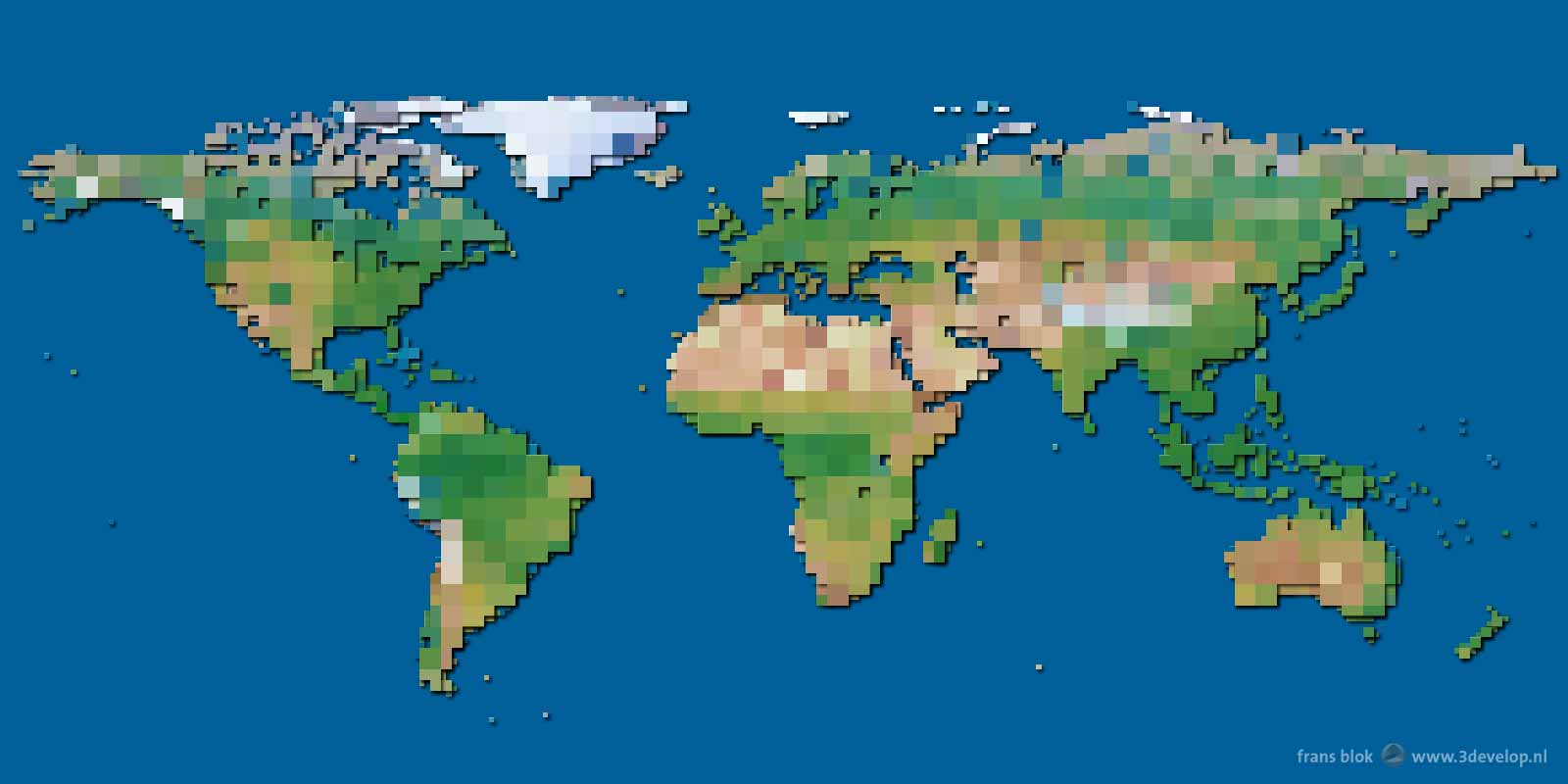 The map consists of three grids, which are placed on top of each other. The largest blocks form a grid of 72 by 36; the attentive reader realizes immediately that each block corresponds to five degrees latitude and longitude. Underneath is a grid with blocks that are half the size; at the lowest level are quarter-sized blocks. And since my company’s name is 3Develop I had to introduce some relief by adding a shadow to the three layers. 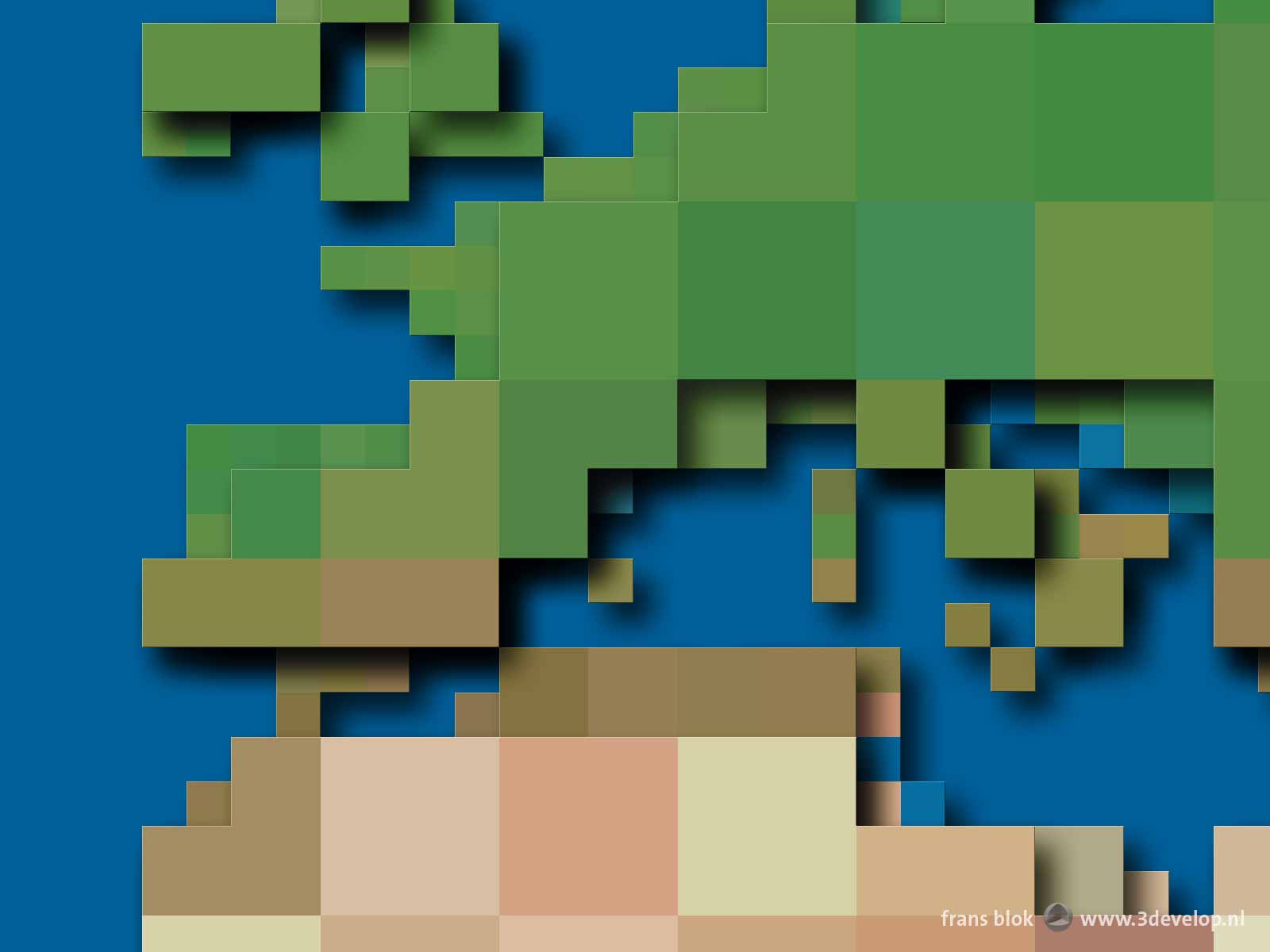 The colors are realistic: red-brown for deserts, green for forests, white for snow and ice and blue for oceans. Or, well, realistic … maybe a bit exaggerated, for beauty’s sake. 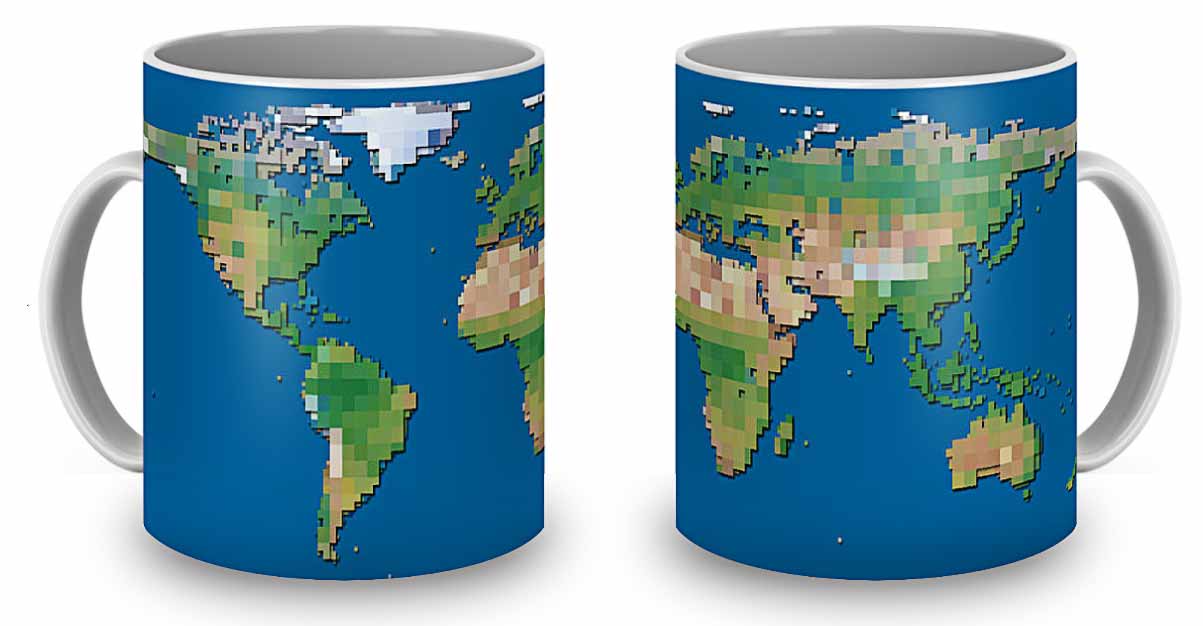 This map is not only available on print but also on coffee mugs, beach towels, phone covers, shower curtains, duvet covers and throw pillows.

It was inevitable, of course: a block map of my own continent, Europe. Or, well, continent, that erratic protrusion from the Asian landmass with some islands around it, which is in general a good place to live. This map is of course more detailed than the section of the world map that can be seen above, so that many of those islands, but also a few straits can be easily recognized. The Netherlands are only a few blocks big; that of course asks for further elaboration … 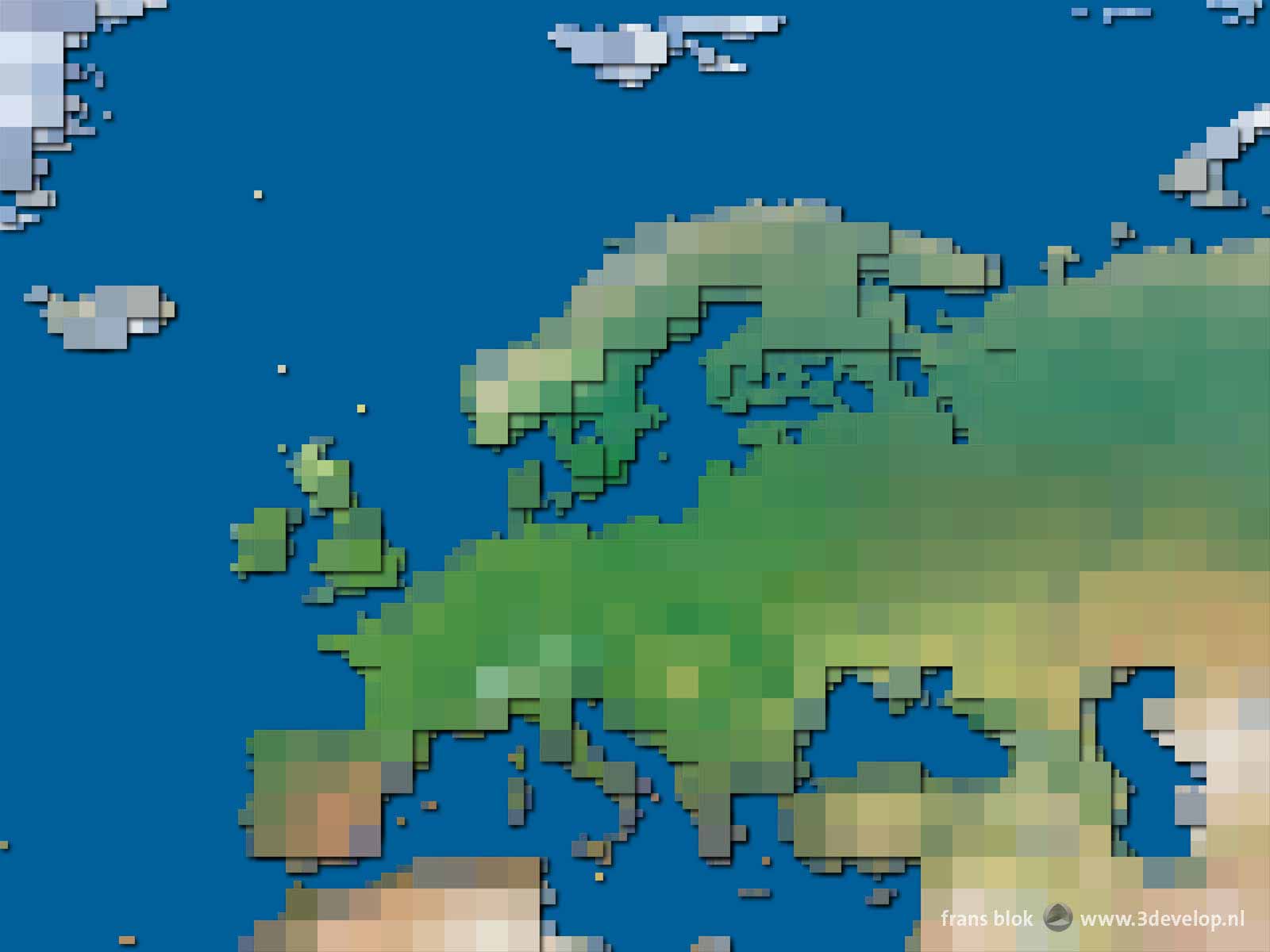