The Arnhem Forest Planetarium and the Lost Planets

A few years ago I had a brilliant idea: a model of the solar system on the scale of the municipality of Rotterdam. Just because it’s important to see the bigger picture, to know which larger system we’re a part of. And because it’s fun to be amazed about how big everything is. And how small we are ourselves.

The city of Rotterdam is a very suitable place for such a streetpanetarium because there is a long trail of port areas attached to the city. Therefore, the distance between the center and the extreme outer regions is so large that a scale model of the solar system, with reasonably sized planets, fits within the municipality borders. With the Sun as a sphere with a diameter of more than eight meters at Binnenrotte, the farthest planet, Neptune, would be placed on the Pier in Hook of Holland. 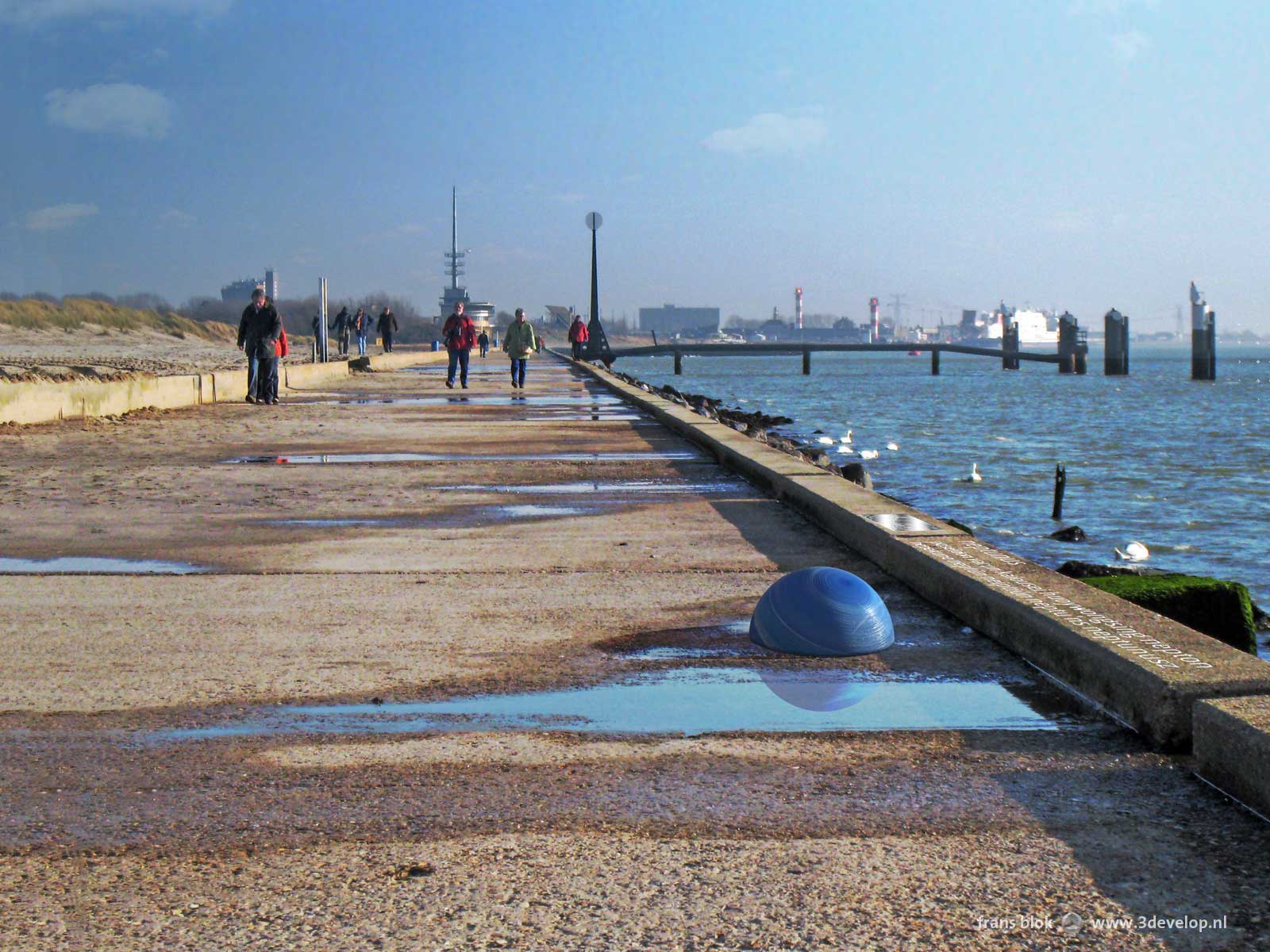 I proposed the idea of such a streetplanetarium, subtitled Heaven on Earth, as a so-called city initiative. The municipality of Rotterdam had made a few million euros available for plans that would add something meaningful to the city. But since I couldn’t think of a way to get additional funding, my plan was not selected.

Of course I’m not the only one who came with the idea to make the scale of the universe imaginable by translating it into terrestrial sizes. Zagreb has actually built such a streetplanetarium, called Nine Views. It has a scale of approximately one-fourth of what I suggested for Rotterdam. For that reason some planets are a bit difficult to find, or so I’m told by reliable sources.

In Maine there’s a highway planetarium, a very American interpretation of the idea. And on the other side of the United States two filmmakers built a temporary desert planetarium.

But also in the Netherlands we have such a scale model: in Sonsbeek Park in Arnhem. I recently visited it when I traveled to the eastern part of the country in search of beautiful winter landscapes. 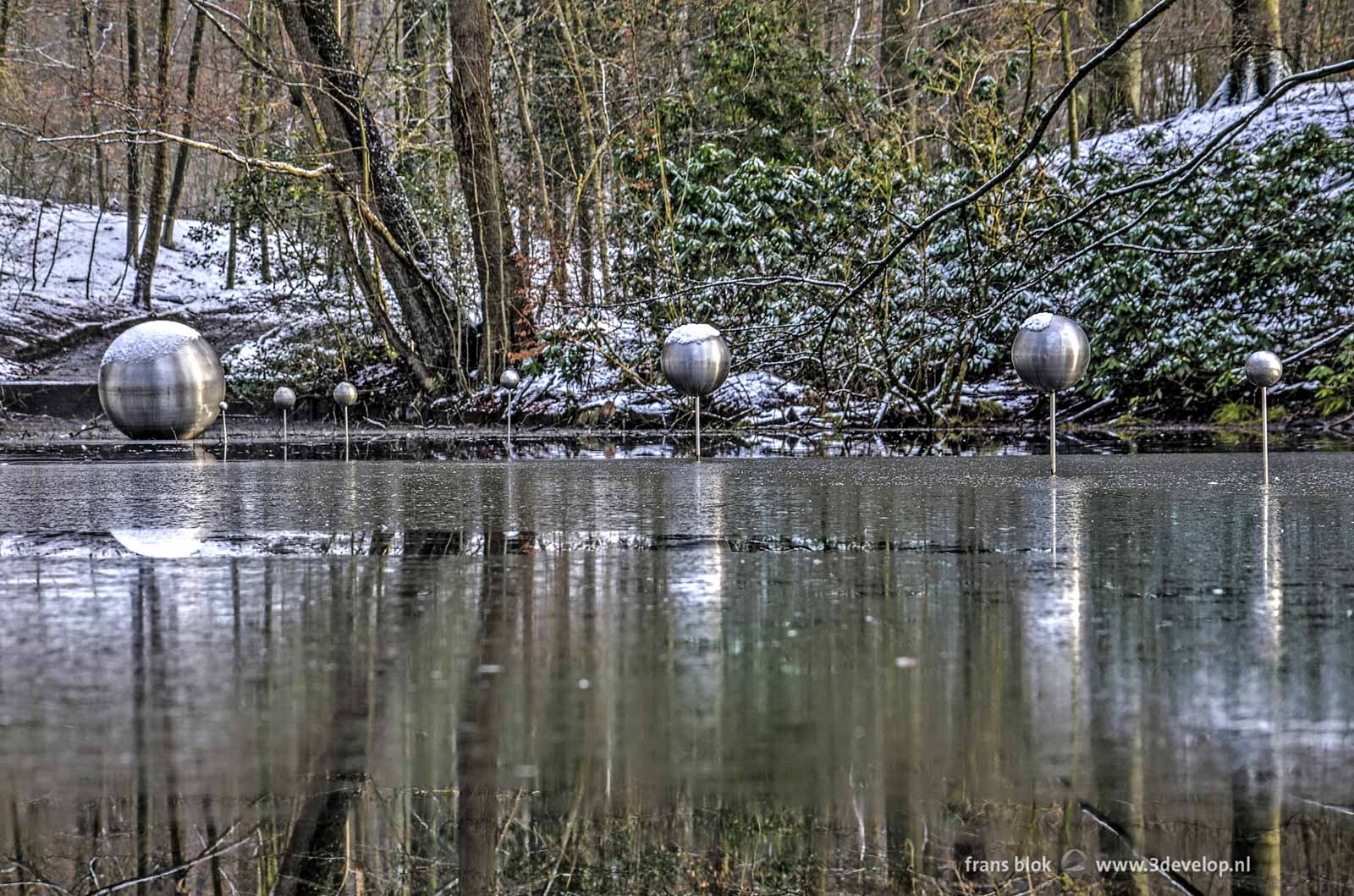 The official name of the artwork is Skies Captured by Finnish artist Henrietta Lehtonen (note: website in Finnish). The stainless steel scale model was placed in the waters of the so-called Cold Pond in 2001.

On closer inspection, it’s not a real scale model with regard to the distances because those are in reality much bigger. But the relative sizes seem to be correct. From left to right we see the Sun, Mercury, Venus, Earth, Mars, Jupiter, Saturn and Uranus. 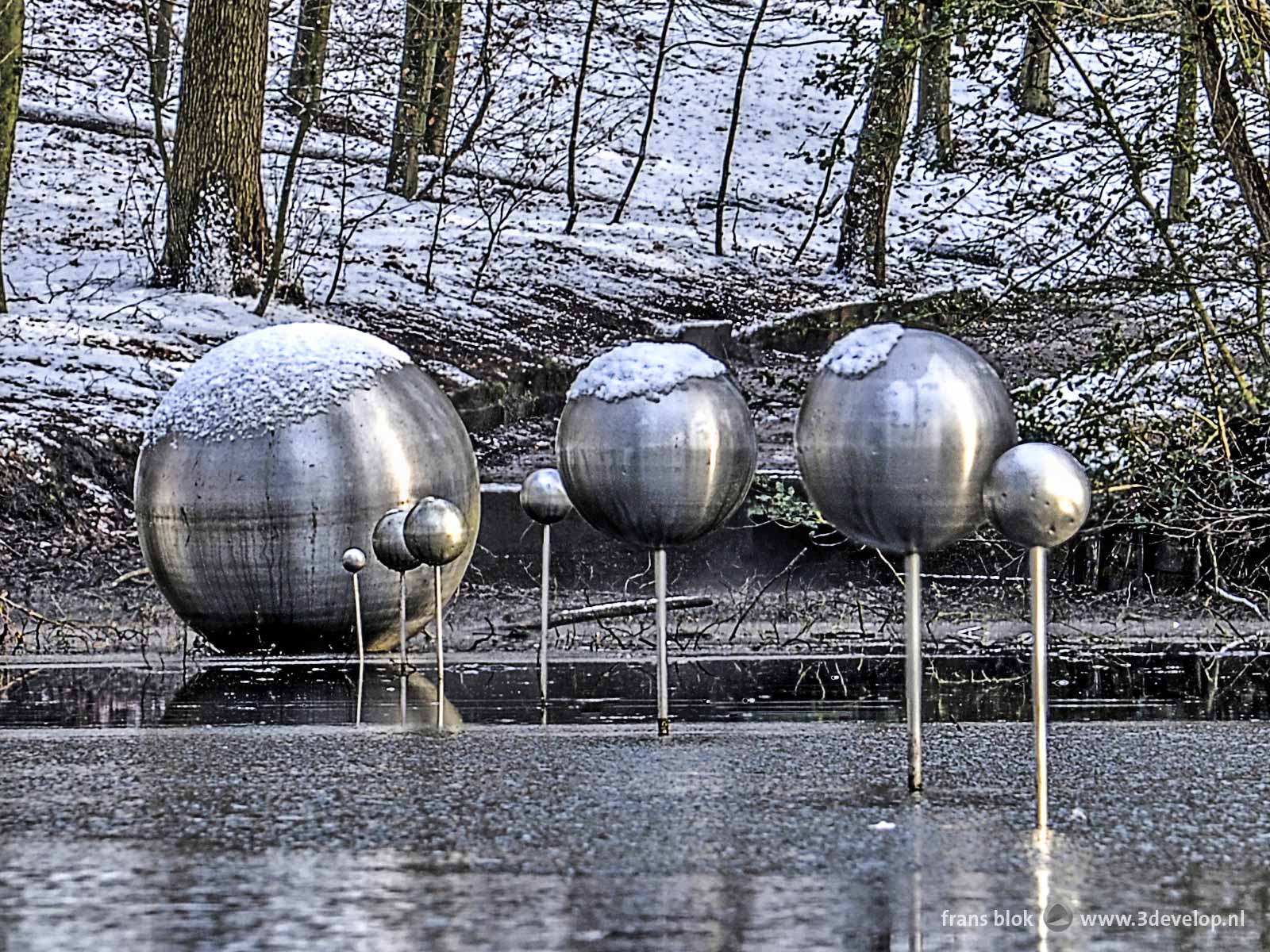 Indeed, seven planets. But wait, weren’t there more? Indeed, in 2001 the Solar still consisted of nine planets. Pluto was not demoted to dwarf planet until 2006. Neptune, on the other hand, is still officially the eighth planet. So it’s is probably been stolen and maybe it decorates a student room now, somewhere in Arnhem. 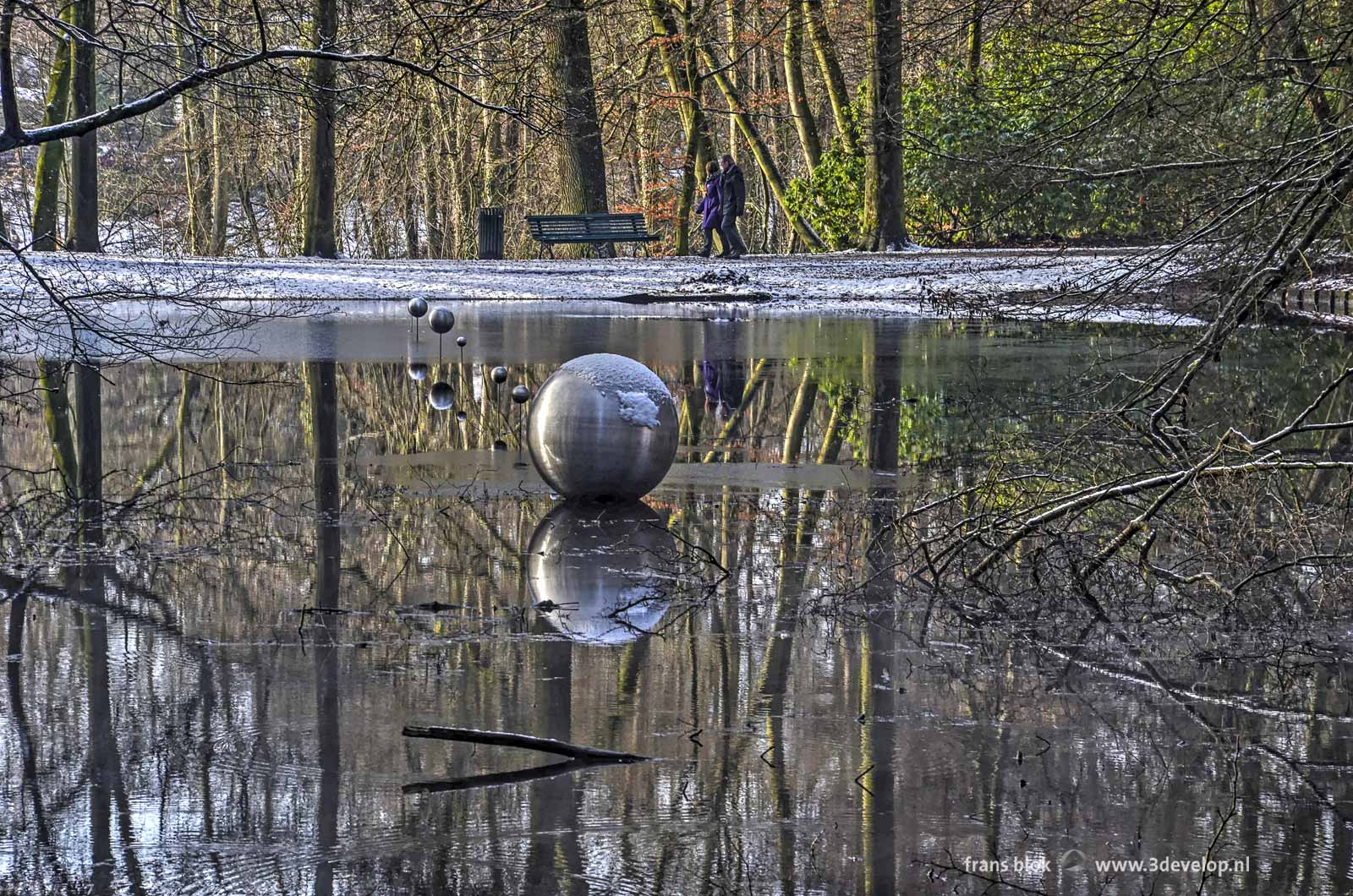 Despite the mutilation, this piece of art is, as long as the Rotterdam plan is not carried out, the only outdoor planetarium in the Netherlands. That’s something the municipality of Arnhem can be proud of. Perhaps they can set up a hunt for lost Neptune in order to make the model complete again. On which occasion it would only be fair to add a little sign with the name of the artist.

Exactly one year after the last time (but that was purely coincidence) I was back in Arnhem. During that year it did not get any better for the Forest Planetarium, to put it mildly. A large branch has fallen into the Cold Pond, right at the location of the inner planets. The Earth and Venus are relatively unharmed, but I couldn’t see whether Mercury survived the incident. To make things worse, the Sun was covered with a green mossy layer much more than a year ago. 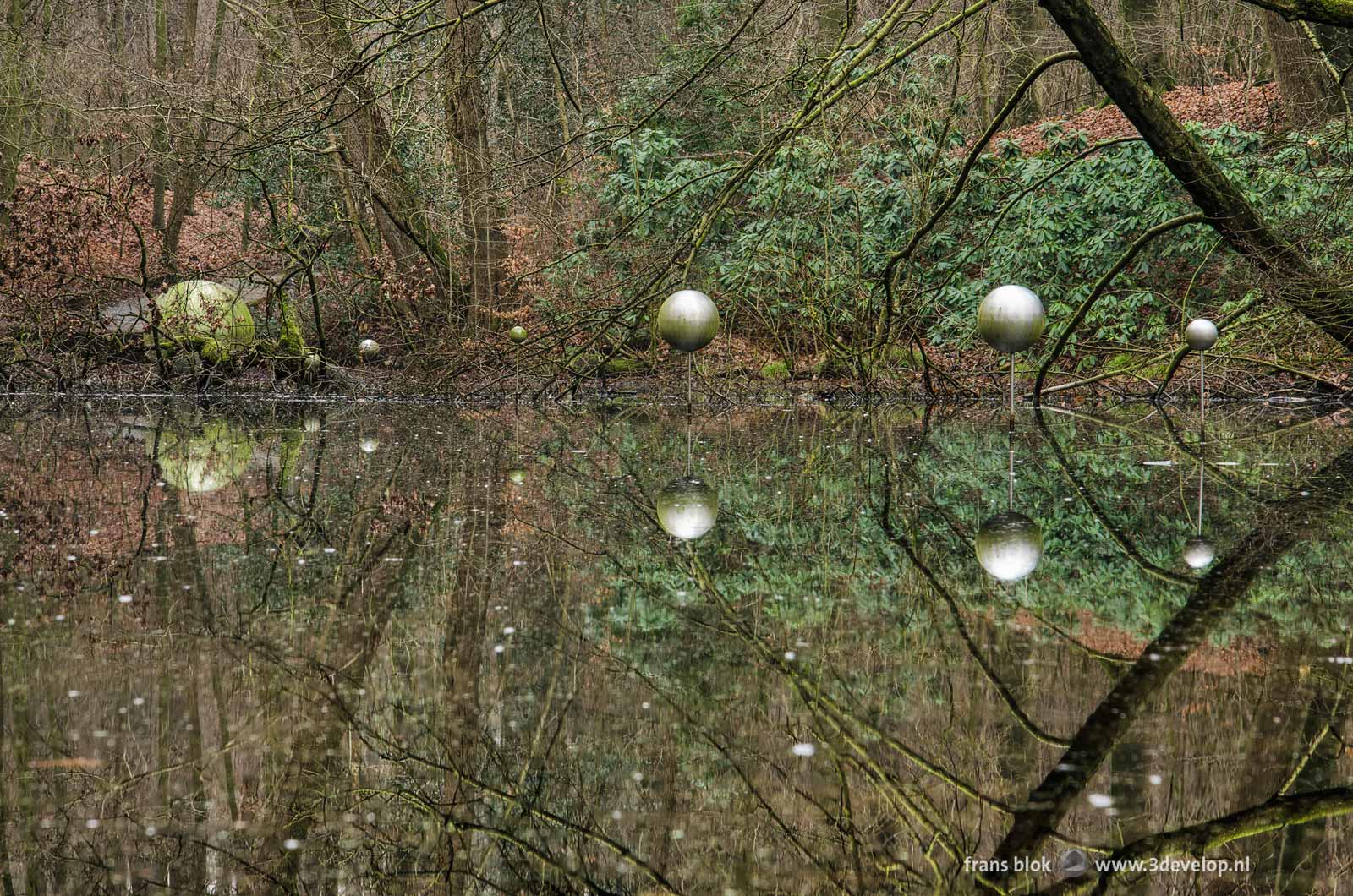 On the other hand: my eye fell on a sign at the edge of the pond: “Skies Captured – Henrietta Lehtonen – 2001”. Is it possible thatI didn’t notice it last time? Or has it been placed recently? It looked pretty new, so maybe there is someone at the municipality of Arnhem who is reading my blog …