My favorite tree is a chestnut in the park in front of my apartment at the Lijnbaan in downtown Rotterdam. Every spring I am amazed about the speed with which nature operates. Within a few weeks time a metamorphosis takes place: the barren tree gets buds, leaves and a short time later flowers which then also pretty quickly disappear. 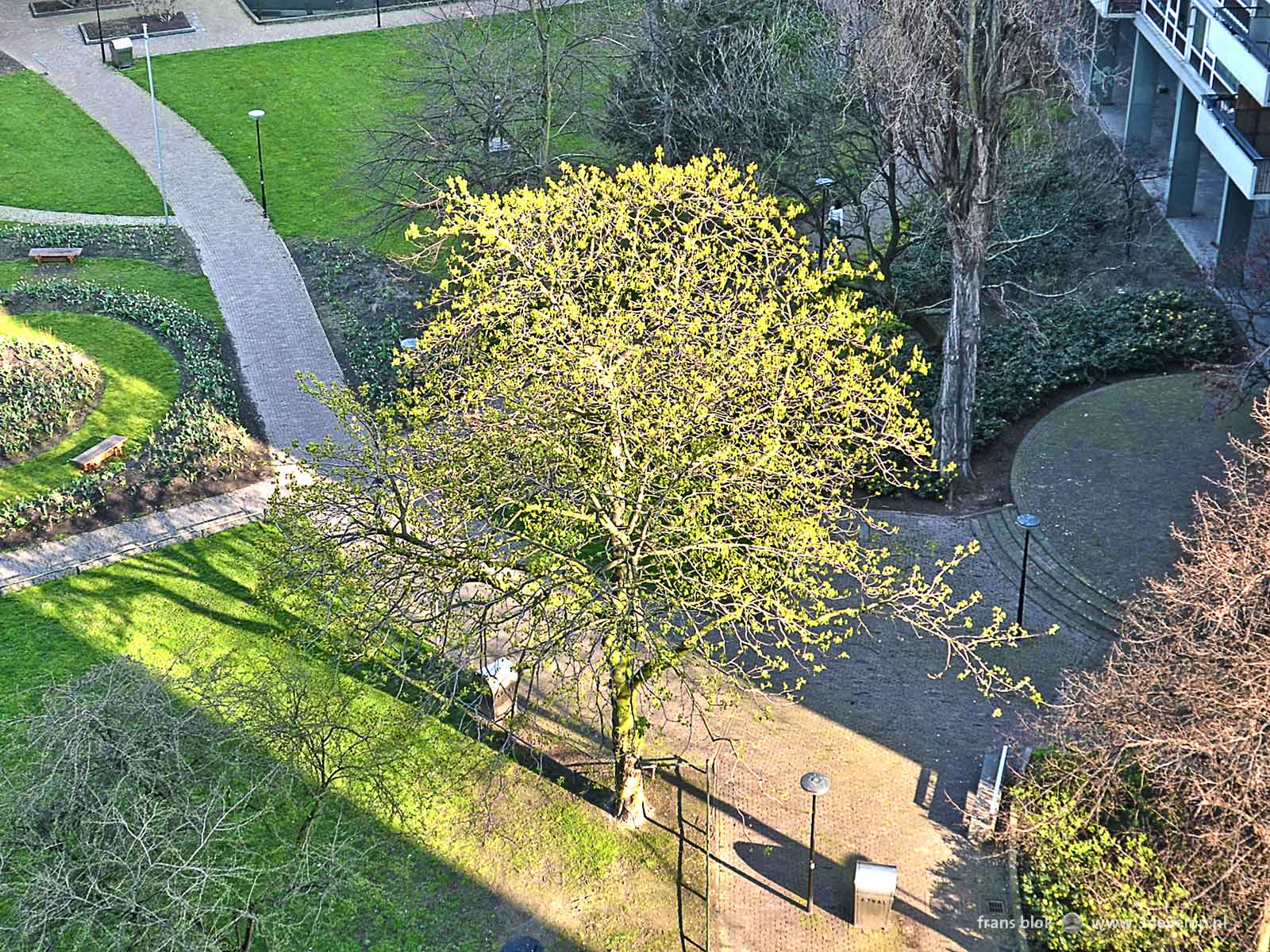 Last year, during the months of March, April and May, I took a photo every day at nine a.m. from the walkway in front of my appartment on the sixth floor. In a perfect situation I’d use a weathertight protected fixed camera that does that automatically, like Bruno van den Elshout did for his New Horizons project. But I am afraid I’d first have to find sponsors for that. Besides, I do not live in a terribly rough neighborhood but to put an expensive camera three months in such a publicly accessible place, you need to have a lot of faith in humanity.

The consequence is that combining those images resulted in a less smooth animation than I expected. Somewhat disappointed, I abandoned the project, a summer, autumn and winter long. 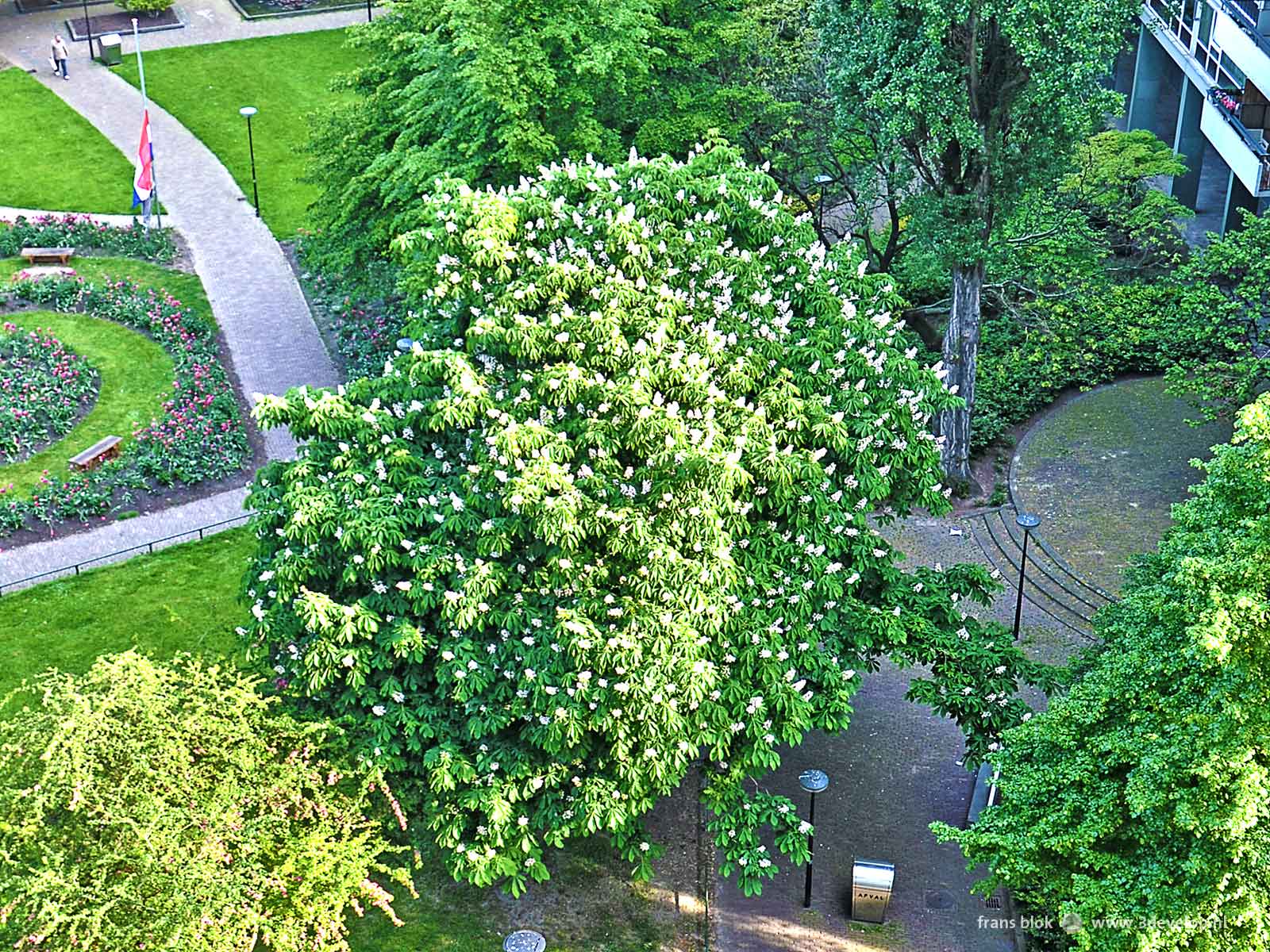 Last Sunday, on the first lovely day of the next spring, I suddenly felt like finishing the movie. And guess what: actually that jerkiness has also its charm. Nature doesn’t always let itself be squeezed into slick formats.

Someone commented that a video showing a whole year would be nice. But the reason I quit last year after three months it was a very trivial one: I went on vacation. Also, after that explosion in spring, in summer not much happens for a few months. But I do not exclude the possibility that this little project will be continued in the autumn.

Another spring and two autumns have passed I haven’t made that fall animation yet. But the chestnut was exceptionally beautiful in recent weeks, just like the rest of the park. Here’s a photo of my favorite tree in its autumn dress: 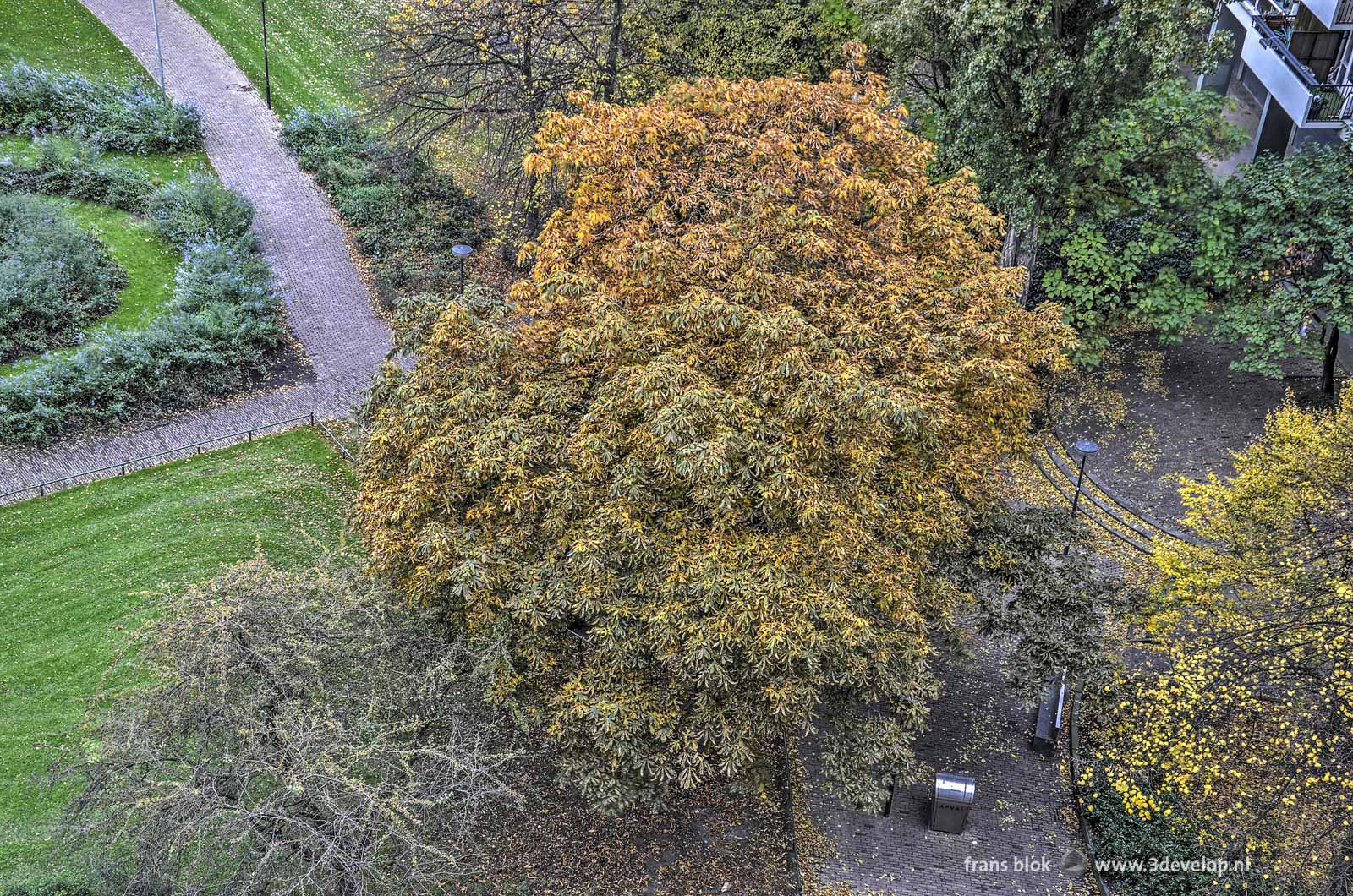 And here’s an image of the tree as seen from the park. A nice souvenir to look at every now and then, the coming winter. 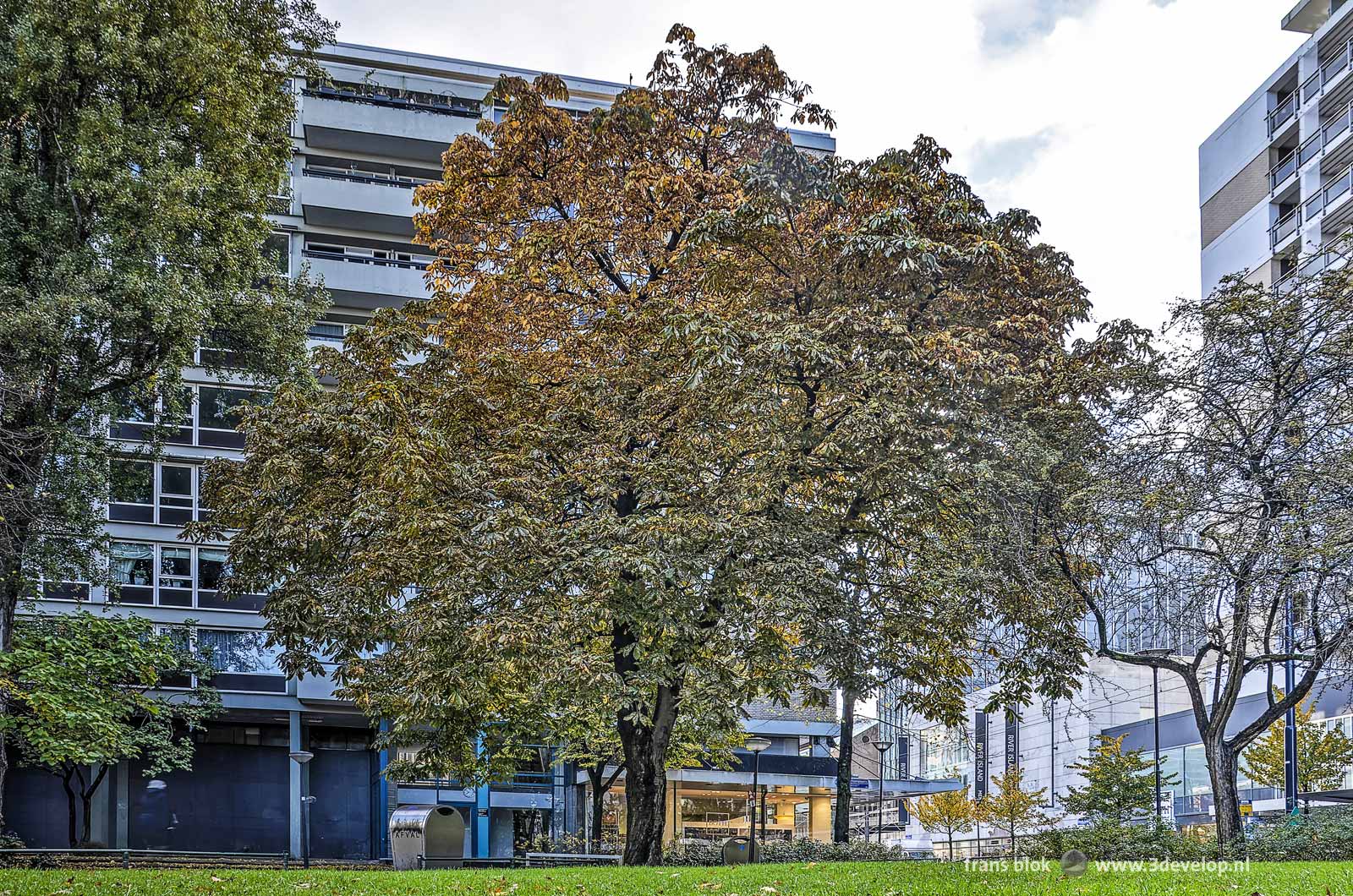